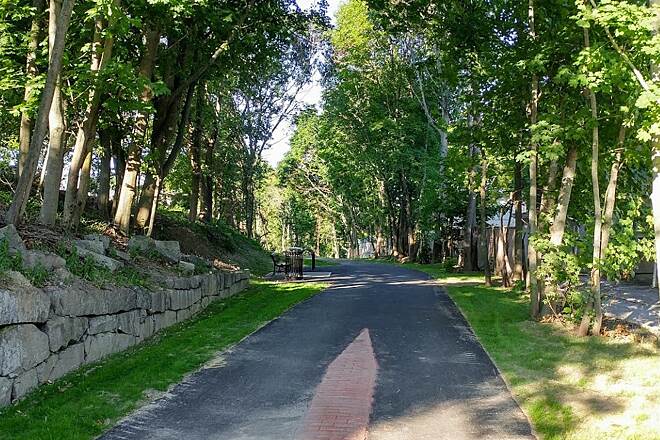 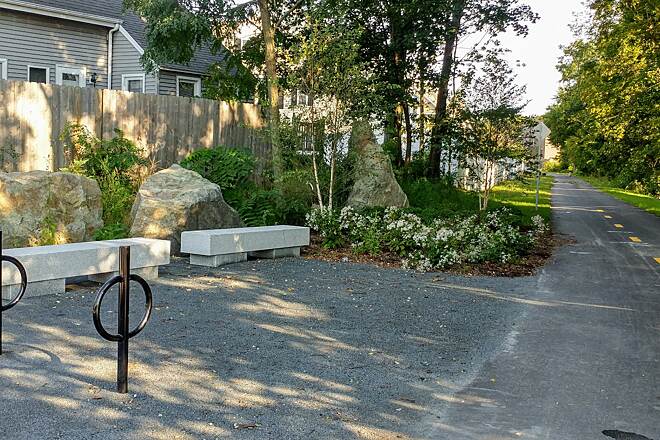 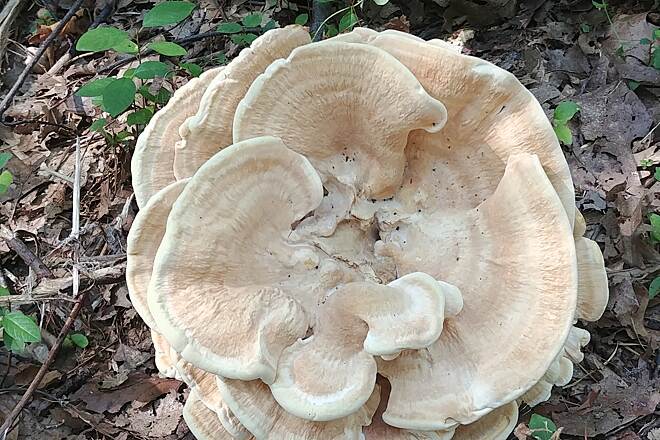 In the first section, the trail travels between an active railroad and a park along the Aberjona River. In Winchester Center, the trail continues along the river, passing by stores and ponds. A spur route to Horn Pond intersects the trail near Spruce Street. After Spruce Street, there is a gap where you must bike on residential streets for about half a mile. The trail resumes at Irving Street and continues to follow the Aberjona River, passing through forests. After crossing into Woburn, there is another gap.

The trail follows the Stoneham Branch railroad corridor starting at Central and Grape Streets in Woburn. It crosses under I-93 using a tunnel, then enters Stoneham. The trail circles around the center of Stoneham, providing access to many stores and parks. The Tri-Community Greenway ends at Gould Street, across the street from Recreation Park.

You can access the trail via the Massachusetts Bay Transportation Authority (MBTA) commuter rail service; the trail begins at Wedgemere Station (25 Mystic Valley Pkwy., Winchester) on the Lowell Line. If driving, parking is also available at the station.

At the north end of the trail, parking is available in a lot on Pleasant St. between Spring St. and William St. in Stoneham. There is also parking at Pomeworth Field (12 Calthea St., Stoneham).

The Northern Strand Community Trail is part of the visionary and almost-complete Bike to the Sea plan to link Boston and the Mystic River to the...

Many commuters choose the Minuteman Commuter Bikeway for freedom from congested traffic in the northwest Boston suburbs. For others, the 10.1-mile...

The Massachusetts Central Railroad was destroyed by a hurricane in 1938, but the 104-mile corridor is being reborn as a cross-state rail-trail....

The 5.3-mile Independence Greenway makes for a pleasant ride, providing access to lakes, parks, and nature preserves. The paved pathway is located in...

The Fresh Pond Bikeway runs through Fresh Pond Reservation, a park in Cambridge, Massachusetts. The bikeway winds around the east edge of the Fresh...

The Border to Boston Trail connects the communities of West Peabody, Peabody, Danvers, Topsfield, and Boxford in northeastern Massachusetts. The...

The North Bank Bridge, which opened in 2012, provides a safe and convenient pedestrian and bicycle connection between Cambridge's North Point Park and...