Photo courtesy of Department of the Interior, National Park Service, Branch of Still and Motion Pictures

Born in San Francisco, Adams spent much of his childhood isolated and alone. In addition to being bullied for his nose, which was broken during an earthquake and healed crooked, Adams struggled to keep up with his peers academically; he dropped out of school when he was 12, and biographers speculate that he had dyslexia.

After leaving school, Adams thrived in many aspects of his life. His days were spent teaching himself to read music and exploring nature. As a result of his unconventional upbringing, he became an accomplished piano player and planned to pursue a career as a concert pianist. [3] But at just 14, Adams read a book that would alter the trajectory of his life: “In the Heart of the Sierras” by James Mason Hutchings. The 496-page book about Yosemite Valley ignited Adams’ lifelong love affair with the region. [4] He convinced his family to take him to visit the national park that same year. Armed with a Kodak No. 1 Box Brownie camera gifted to him by his parents, Adams set off to explore Yosemite and take his first photos of his everlasting muse.

Three years after his pilgrimage to Yosemite, Adams joined the Sierra Club—a conservation group that, at the time, focused on protecting the Sierra Nevada Mountains in California—and was the caretaker of the Yosemite Conservation Heritage Center, formerly the Sierra Club’s LeConte Memorial Lodge. During this time he met Virginia Best, whom he married in 1928. The Sierra Club was not only pivotal to Adams’ personal life, but his professional life as well. While photographing one of the Sierra Club’s trips, Adams realized he could make more money on photography gigs than as a concert pianist. Additionally, in 1922, Adams’ first published work was featured in the Sierra Club Bulletin. Six years later, the Sierra Club’s headquarters hosted an exhibition of his work, and in 1934 he was welcomed onto the board of directors as their official artist.

Despite establishing himself as a well-respected photographer through a series of published work and shows—including his portfolio, “Parmelian Prints of the High Sierras,”, a show at the Delphic Gallery in New York City, articles in Camera Craft magazine and a book, “Making a Photograph”—Adams, like many photographers, struggled to financially support himself through his creative work. Undaunted, he picked up commercial photography assignments to pay his bills and fuel his passion. [5]

In 1941, Adams’ commercial and creative work intersected when the National Park Service commissioned him to photograph national parks for a mural in the Department of the Interior Building in Washington, D.C., and among those was Yellowstone National Park. [6] The commissioned trip in June 1942 was Adams’ first to Yellowstone and, due to wartime gas rationing, the park was nearly empty. Adams took extensive photographs of the famous geysers, like Old Faithful, erupting as well as Mammoth Hot Springs, Yellowstone Lake, the mountains and various rocks. Unfortunately, his trip to Yellowstone was cut short when Adams learned that he would need to photograph three more parks and complete the project by the end of the month due to funding cuts. In the 27 photos Adams took in Yellowstone, not a single human appears—an often criticized, but intentional, practice throughout Adams’ photography portfolio. [7] Adams visited Yellowstone two times following his initial trip, and each time was increasingly aggravated by the size of crowds and their failure to follow park rules. [8] 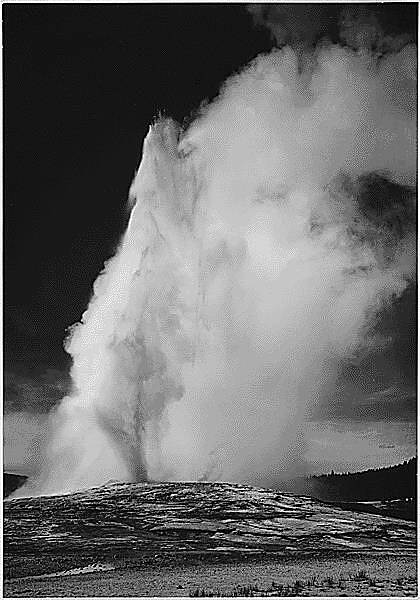 Photo courtesy of Department of the Interior, National Park Service, Branch of Still and Motion Pictures

In addition to his work with the National Park Service, Adams was a consultant for film and camera companies such as Polaroid and Hasselblad. Part of what lead to Adams’ success was not only his vision for his photographs, but also his technical understanding and mastery of cameras and film. He is credited with creating the “zone system” of photography and writing 10 volumes of highly influential photography manuals.

While Adams’ technical proficiency was unmatched and his contributions to the photography community forever changed the practice of landscape photography, his greatest accomplishment was more abstract and intangible. The photographs he took became synonymous with the national parks and transformed the way people viewed them, and today Adams’ photographs are nearly as iconic as the landmarks themselves. [9] 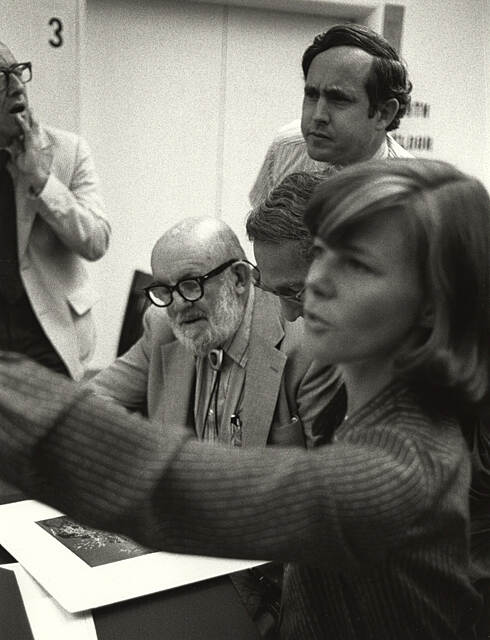 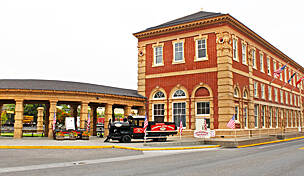 As the original Northern Pacific Railroad gateway to Yellowstone National Park, the Livingston Depot in Livingston, Montana, has been converted to a... 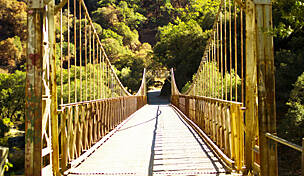 From this historical marker, cross the Yellowstone River and walk along the Yankee Jim Interpretive Trail in Gardiner, Montana. This byway has been a... 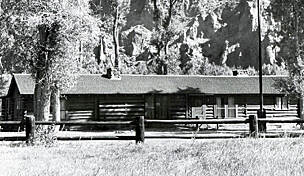 In 1903, the Wapiti Ranger Station was constructed as the first federally funded ranger station. Still standing in the original location chosen by...