This 1910 Maxwell Motor Company roadster is equipped with Prest-O-Lite headlights. Acetylene gas, in the silver cannister on the running board, fueled the headlights. Carl G. Fisher’s financial success from the Prest-O-Lite Company enabled him to invest in the Indianapolis Motor Speedway and, later, to devote time to the Lincoln Highway Association.

At the corner of Chicago and Cass streets in downtown Joliet, Illinois, is a 7-foot marker commemorating two early highways that crossed the United States: the Lincoln Highway and Route 66.

In the 1910s and 1920s, automobiles became increasingly affordable to middle-class consumers in the United States. [1] Whereas horse-drawn vehicles were slow, and railroads only let passengers embark and disembark at set locations, cars were fast and offered flexibility; passengers could go where they wanted, when they wanted, at the pace they wanted. That is, if there were roads.

In the early 20th century, roads in the United States were in bad shape. Urban streets were maintained, as were rural roads between farms and railroad stations, so food could be shipped to market. However, if drivers wanted to travel between cities or rural towns, they were in for a bumpy, muddy ride. [2]

In 1912, an Indiana automobile entrepreneur named Carl G. Fisher proposed constructing the country’s first transnational highway, after his own difficult and uncomfortable attempts to travel around the U.S. by car. [3] Fisher was invested in the expansion of roads—part of a wave of activism begun by bicyclists in the late 1870s that came to be known as the Good Roads Movement—because he was heavily invested in the automobile industry. Although he entered into business as a bicycle salesman, co-owning a shop with his brother in Indianapolis, the Fishers began selling automobiles in 1898. In 1904, he bought part interest in a patent for a process of using acetylene gas to make car headlights and cofounded the Prest-O-Lite company. It was this company that made him wealthy; within a decade, more than half of new cars for sale had Prest-O-Lite headlights. With money to spend, and a desire to create a racing track to test-drive cars, Fisher helped create the Indianapolis Motor Speedway Company and build the Indianapolis Motor Speedway. (Fun fact: Captain Edward “Eddie” V. Rickenbacker, whose childhood home in Columbus, Ohio, is along the route, became an investor and the third president of the Indianapolis Motor Speedway Company in 1927.) So it makes sense that Fisher wanted to see better roads built: They would encourage more consumers to buy cars and fall in love with racing. [4]

This poster, printed shortly after the racetrack opened in 1909, lists Carl G. Fisher among the Indianapolis Motor Speedway’s management in the bottom left corner. 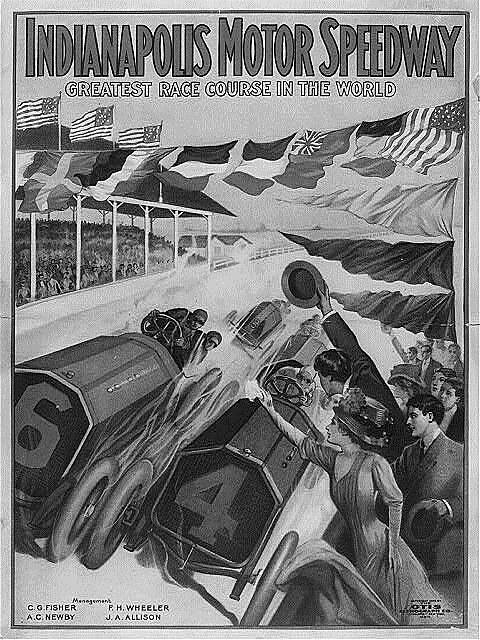 Printed by Otis Lithograph Co. | courtesy of Library of Congress

In September 1912, Fisher proposed the “Coast-to-Coast Rock Highway” to a group of leaders in the auto industry, arguing that if they collectively committed $10 million they could build the road by 1915, in time for thousands of drivers to travel to San Francisco for the Panama-Pacific International Exposition. [5] Henry Joy, president of the Packard Motor Car Company, liked the idea but not the name; he proposed a patriotic tribute to the 16th president of the United States. In July 1913, the Lincoln Highway Association was incorporated, with Joy at the helm and Fisher as vice president. Shortly thereafter, they announced the planned 3,000-mile route from New York City to San Francisco; the route was as direct as they could make it and linked as many existing roads and trails like the old Emigrant Trail as possible. [6] Despite Joy and Fisher’s urging, the auto industry did not contribute funds to the Lincoln Highway Association, so the two men switched up their approach. With funds raised by selling memberships to the association—costing $5 per person—they constructed “seedling miles” across the route. These stretches, paved with concrete, demonstrated the advantages of highways and won the support of drivers and local governments. [7] Support did build as a result of the Lincoln Highway and other named highways that were developed in the 1910s, and in the 1920s, the federal government began to play a bigger role in funding and regulating the interstate road system—including establishing Route 66 from Chicago to Los Angeles, one of the first highways in the U.S. Highway System. [8]

By the end of the 1920s, the federal government standardized the numbering of federal roads and functionally broke the named Lincoln Highway into five differed numbered routes. The association disbanded, but left behind an important legacy. It popularized car tourism and the road trip, and for many communities along the route it was an essential promoter of local businesses. The association also set a precedent of standardized road signage across the country. [9] Finally, highway scholars John Jakle and Keith Sculle argue that the Lincoln Highway “did not just enable motorists to get to places faster and in comfort, as important as that was. The road was also a means of seeing the United States.” [10] 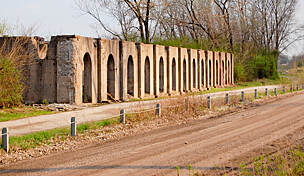 Joliet Iron and Steel Works was once the second-largest steel mill in the United States. [1] Starting in 1869, the factory manufactured iron and steel... 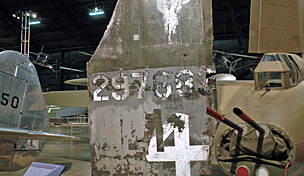 Sator "Sandy" Sanchez and the Mexican Community of Joliet

Riding up Collins Street toward Sator Sanchez Elementary School, the signs call out to you in Spanish: “Carniceria Rio Grande,” “La Villita Party and... 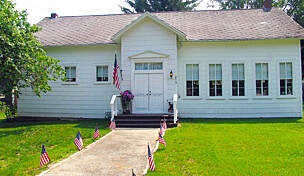 Carbon Hill Historical Society has made its home in this 1893 Illinois schoolhouse, creating a museum dedicated to life in Grundy and Will counties...