Orville Carlisle and the Invention of Model Rocket

G. Harry Stine donated this Mark 1 Rock-A-Chute designed by Carlisle to the Smithsonian National Air and Space Museum, preserving a crucial moment in the history of model rocketry.

For decades, 420 W. Norfolk St. was the home of Carlisle’s Correct Shoes, the store where Nebraskans from miles around would come to buy comfortable footwear … and visit Orville Carlisle’s fireworks museum! When Orville (1917–1988) and his wife, Mary (1919–2017), opened the store in Norfolk in 1947, they had no intention of creating a hybrid retail-exhibit space. However, both were members of the Pyrotechnics Guild International and Orville was a founding member of the National Association of Rocketry. It was only a matter of time before his collection of fireworks, rockets and Fourth of July memorabilia outgrew their basement. [1]

The fireworks museum was not Carlisle’s main claim to fame—he was actually the person who invented the single-use engine that became the standard design for model rockets. The propellent was solid, slow-burning and safer to use than the self-mixed, incendiary liquid concoctions that rocket hobbyists had been using. Carlisle fell in love with pyrotechnics by playing with the fireworks that his dad bought for his three boys every Fourth of July, but learned the science behind the explosions from the chemistry sets that he and his brothers would receive for Christmas. “Those sets had a lot more in them in those days,” Carlisle recalled in a 1985 Esquire profile by journalist George Plimpton, “potassium nitrate, barium nitrate, strontium nitrate, with which you could make colored flares … in high school we had the components to make nitroglycerin, but we got scared half-way through, cold feet, and we flushed the stuff down the drain.” When he got older, Carlisle started working with a local family that was in the fireworks business. Every summer the American Legionnaires held a battle reenactment, and he would help plant firecrackers and flares throughout the battlefield to simulate enemy fire. [2]

By 1954, the Carlisles were running their shoe store—and the fireworks collection was an evening and weekend pursuit. But Orville’s brother, Robert, a model airplane enthusiast, asked him to help build a model rocket. In addition to developing the single-use propellent engine, the rocket kit Orville developed incorporated a parachute; rather than shattering upon impact, the rockets could be recovered by the owners. After inserting a new engine, they could fire them right back into the sky. Carlisle called it the Mark I Rock-a-Chute. (Eventually, there was also a Mark II.) He wanted to produce and sell it, but for the next three years the kit lay dormant. [3]

It was only after Carlisle read an article by G. Harry Stine, an engineer at the U.S. Army’s White Sands Missile Range, in the February 1957 issue of Mechanix Illustrated magazine that he decided to turn the Mark I Rock-a-Chute into a business. Stine’s article was all about the safety rules that missile engineers and model rocket enthusiasts alike should follow. “When we get letters from amateur rocket men,” Stine wrote, “we usually give three loud cheers and shake in our boots at the same time … because we know rocket flight testing is dangerous.” [4] Carlisle decided to send Stine a Mark I Rock-a-Chute kit to show him how his engine innovation could more safely introduce people to rocketry. Stine, impressed by the model rocket, agreed to partner with Carlisle to produce the kits; their company, Model Missiles Inc., operated for almost a decade and could barely keep up with the demand for the Mark I and, later, Mark II kits. Although Carlisle tried to win the patent for his single-use engine, he lost on a technicality and competing companies began selling their own kits based on his design. [5] 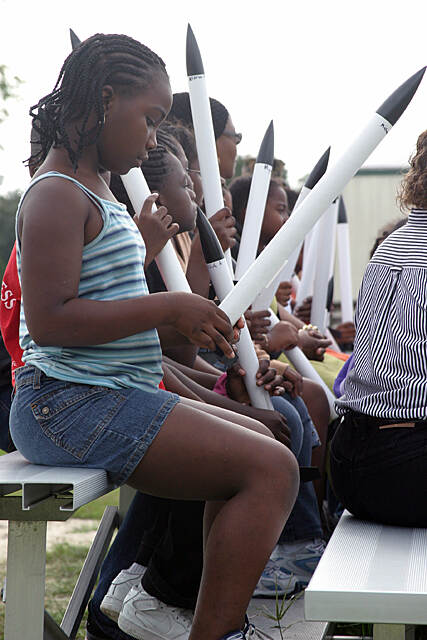 Despite the failure of Model Missiles Inc., Carlisle retained a lifelong passion for things that go boom. He was a consultant for the National Fire Protection Association and often got calls about the safety of large fireworks shows, like the one staged on the National Mall by President Ronald Reagan for his first inauguration. Carlisle was a fixture in Norfolk, running the annual Fourth of July fireworks shows and simulating the cannon fire for the high school orchestra’s performances of the “1812 Overture.” And between the mid-1960s and mid-1980s, his fireworks museum grew to take up almost 300 square feet of Carlisle’s Correct Shoes. In the Esquire profile, Plimpton described how he gravitated toward some of the more unconventional artifacts in the museum:

My particular favorites were the cardboard novelty devices made to resemble fire engines, or ocean liners, or animals, or various kinds of buildings, all of which after varying performances (usually the emission of smoke and a piercing whistle) would blow up in a sharp report. Perhaps the most original of those Carlisle showed me was a representation of a cardboard outhouse, which he told me performed by pouring smoke out of the half-moon ventilator and then destroying itself in a series of small, flatulent explosions. [6]

Carlisle had one of the world’s largest collections of fireworks and pyrotechnics, but his legacy resides in a different collection: that of the Smithsonian National Air and Space Museum. Stine donated a Mark I and Mark II Rock-a-Chute to the museum so Carlisle’s contribution to model rocketry would never be forgotten. [7] From Norfolk, you can follow the Great American Rail-Trail™ eastward to D.C. to visit the National Air and Space Museum (though the Rock-a-Chutes are not always on display) or westward to The Museum of Flight in Seattle, to learn more about the history of model rocketry at the “Inspiring Rockets” exhibit. And right here in town, you can go visit the Elkhorn Valley Museum to learn more about Norfolk and Nebraska history. 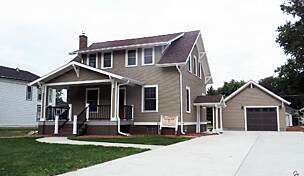 Johnny Carson (1925–2005), one of television’s best-known personalities, ruled late-night TV effortlessly for 30 years with his quick wit and charm.... 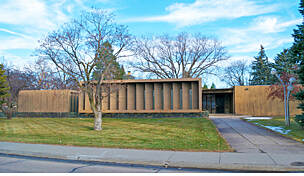 The private home at 2555 Pershing Road in Columbus, Nebraska, defies easy architectural categorization. From the street, it has the clean, sharp lines... 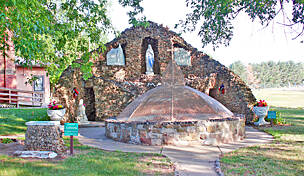 Memorial Grotto of Our Lady of Lourdes

Based on the French shrine in the Pyrenees Mountains, the Memorial Grotto of Our Lady of Lourdes was erected to honor the soldiers from Tarnov,...