The Chinese Miners of Cedar Creek

Constructed in 1871, Louiseville's last standing structure is a log cabin that reportedly served as a saloon and hotel during the town's peak. However, as the European American population dwindled, the building appears to have served the Chinese community as they moved from camps in China Gulch into Louiseville. Archaeologists uncovered dozens of Chinese artifacts, including "Bamboo" style porcelain bowls, stoneware food jars, and a Chinese coin.

In 1880, 117 emigrants from China lived and worked in the Cedar Creek Mining District to the west of Superior, Montana —up from 34 in 1870. However, by 1900 only nine Chinese residents remained in Cedar Creek. [1] Why did the Chinese population of this area rise and decline so rapidly over the span of three decades?

The answer to that question begins in 1848 in California, when gold was discovered at Sutter’s Mill. In the months that followed, aspiring miners from all over the world rushed to the gold fields hoping to strike it rich—others arrived as contract workers or, in the case of African American slaves, were forced into mining. The first 60 Chinese miners disembarked in California in 1849; by the time the census enumerators came knocking in 1850, there were 500 Chinese emigrants in the newest U.S. state. Two years later, that number exploded to 20,000. [2]

Men (and very few women) from the Cantonese-speaking areas of Guangdong Province made their way to the port of Hong Kong and boarded San Francisco-bound ships in pursuit of “the promise of gold and the enormous investment and employment opportunities in the prosperous new market,” historian Elizabeth Sinn explained in her book on the Chinese migration. These migrants were not poor. Sinn found that “besides paying for their own passage, they often brought with them a good quantity of clothing and other personal effects, as well as cash to spend after their arrival in the United States.” They emigrated freely, leaving home to strategically invest their time, energy and wealth in a venture they hoped would prove lucrative. [3] Once in California, Chinese miners prospected independently, formed companies and cooperatives, or worked for wages—flexibly adapting the organization of their ventures in response to mining and market conditions. [4]

A consequence of the rush of fortune-seekers to California was that the state’s placer gold deposits were dwindling by the mid-1850s. While some Chinese miners stayed to compete for remaining claims, and some returned to China, many decided to follow their European American colleagues to mining districts in Oregon, Idaho and Nevada. [5]

When gold was discovered in Western Montana in 1862, they migrated there too. The earliest record of Chinese arrivals in the area is from 1865, though it’s possible some arrived earlier, according to historical archaeologist Christopher Merritt. [6] The Chinese population in Montana Territory grew quickly, to almost 2,000 by the end of the decade. Examining the 1870 census, Merritt found that 1,613 Chinese men (88.6% of the territory’s Chinese population) were employed in mining, most of whom used the strategy of “purchasing either abandoned claims or those claims that European Americans could no longer work profitably.” [7]

The 34 Chinese emigrants residing in Cedar Creek’s mining district at the time of the 1870 census were mostly “either miners or operating stores and businesses at the mouth of Cedar Creek,” Merritt said. [8] Within months, however, that population spiked significantly. Just across the border in Idaho, competition for placer mines along and around Moose Creek led European American miners to pass a law making it illegal for Chinese immigrants to own or claim property in the Moose Creek Mining District. As a result, approximately 700 Chinese men crossed from Idaho into Montana Territory, and many settled in the Cedar Creek Mining District in a valley that came to be known as China Gulch. [9]

The Chinese exiled from Idaho established a temporary settlement right next to a town built by European American miners, Louiseville, and began buying mining claims in the area. The summer of 1870 was a difficult one for them. A team of archaeologists excavating in China Gulch found bones from butchered meat in hearths dating back to the early 1870s, and the bones showed cuts and chops that had been made to extract all of their marrow and grease. The bones are evidence that the Chinese residing in the gulch experienced a period of extreme hunger during this period after they’d been forced to migrate. [10]

This photo shows one of the hearths constructed by Chinese miners in China Gulch. The hearth is located at the site of the temporary settlement the Chinese occupied before moving into Louiseville. 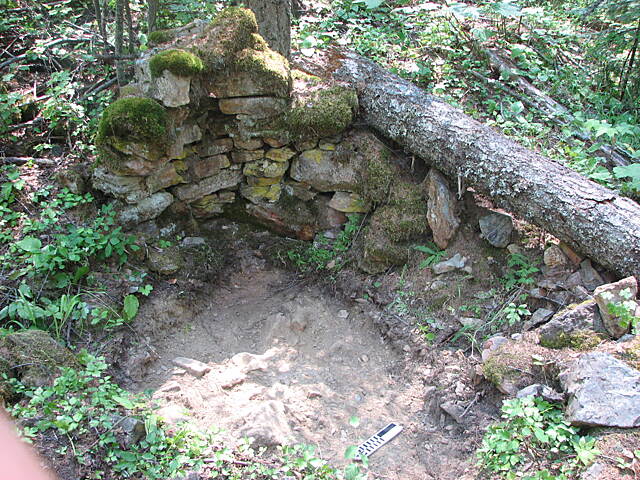 As Louiseville’s residents sold their claims and moved on to explore other, potentially more profitable opportunities elsewhere in Cedar Creek (and beyond), Chinese miners moved into their old dwellings and the town became predominantly Chinese. Merritt found evidence that Chinese entrepreneurs operated stores in Louiseville, importing “small and easily transported ceramic vessels (and the goods therein) and opium cans.” [11] The community prospered for a few years while the mining district flourished. [12]

The growing visibility and success of Chinese miners created resentment among white, European American Montanans, who began pursuing legal actions to exclude the Chinese from the mining industry. “California’s mining laws and anti-Chinese movements influenced most of the mining communities in the American West,” noted historian Sue Fawn Chung, who has studied Chinese experiences in mining towns in the West. [13] In Montana the legislature passed the Alien Law in January 1872, prohibiting anyone who was not a U.S. citizen from owning placer mining claims, but the Montana Supreme Court ruled the law unconstitutional in 1874. [14] Discrimination also extended into vigilante justice—an 1872 robbery in the Cedar Creek Mining District led to the violent interrogation of an innocent Chinese couple and later the extrajudicial killing of the thieves. [15]

In 1882, the U.S. Congress passed the Chinese Exclusion Act, closing the door to further immigration from the country. Back in Cedar Creek, the writing was on the wall: The big money was elsewhere in the Pacific Northwest, not in the mines around Cedar Creek. Although a small Chinese presence remained in the waning years of the 19th century, the population mostly moved on.

Archaeologists studying the Chinese diaspora have recovered small black and white glass gaming pieces throughout the world. Known as Go in Japan and Weichi in Cantonese, the formal game resembled the Western game of Othello. But these glass gaming pieces were also used in another popular Chinese game, Fan Tan, which was a guessing and gambling game. The Chinese in western communities gambled and played games to take a break from the monotony and hard work of their daily lives. 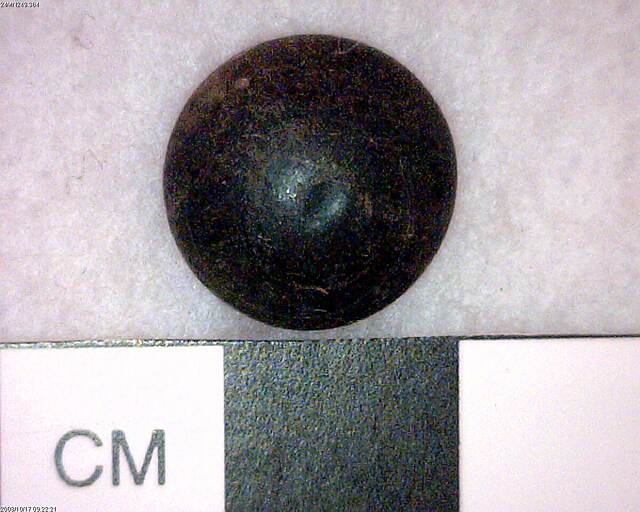 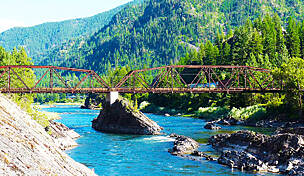 Natural Pier Bridge is the only bridge of its kind in Montana to use a natural feature of the landscape in its design and gives travelers a glimpse... 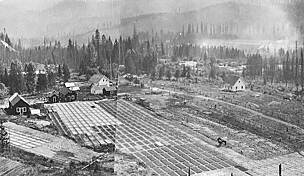 Established in 1908 by Elers Koch, the Assistant Regional Forester in the Northern Region, Savenac Historic Tree Nursery, near Haugan, Montana, is one... 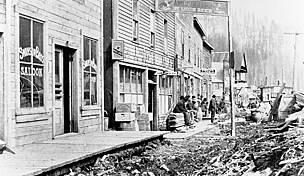 The Railroad Ghost Town of Taft

As you bike along this stretch of the NorPac Trail, there’s nothing to indicate that you’re passing through a 110-year-old ghost town named after...