In Illinois, the Great Sauk Trail connects Rock Island on the Mississippi River to the southside of Chicago near Lake Michigan.

Screen Shot of “The Other End of the Great Sauk Trail” by Harry L. Spooner

The Great Sauk Trail stretches from Chicago to Detroit, providing passage across Illinois, Indiana and Michigan. Before becoming a portion of the transcontinental Lincoln Highway, the Great Sauk Trail was the migratory route for several Indigenous tribes, a road for western-bound European American settlers and a frequented passage along the Underground Railroad. At this location in Park Forest, Illinois, visitors can experience natural landscapes similar to those that were first traversed by Indigenous peoples. It was also the location of The McCoy Homestead, a stop along the Underground Railroad.

Though it is unknown when the trail first came into use, the Sauk and Fox tribes (now known together as the Sac and Fox Nation) of the Great Lakes region, along with several other Indigenous tribes, forged the path from Rock Island, Illinois, to Amherstburg, Ontario, that they called “The Great Trail.” The Sauk and Fox peoples used it to travel to an annual exchange with the British government that took place in Amherstburg.[1]

During the War of 1812, Native Americans fought alongside Great Britain against the United States Army. Until 1839, the British government gifted goods and materials such as weapons and ammunition to the Sauk and Fox tribes in exchange for their loyalty and as payment for their services. Though the generosity seemed like an attempt to maintain relations between nations, Great Britain used its status as a global superpower and its access to weapons to fuel the tense relationship dynamics between Indigenous communities and European American settlers, eventually leading to larger conflicts like the Black Hawk War in 1832.

Another significant stopping point for Native Americans was near the Rouge River about 5 miles south of downtown Detroit—referred to by historians as the River Rouge Mound. This 800-foot-long, 400-foot-wide and 40-foot-high mound was a ceremonial burying ground that held more than 1,300 skeletons. Indigenous people would stay at this sacred mound for multiple days and hold festivities to honor their ancestors. These celebrations were misunderstood by the European American settlers, who distrusted the Native Americans and who eventually destroyed the mound. The site’s sand was sold to produce mortar, and the Indigenous remains were tragically discarded into the river.

European American settlers recognized that the Great Sauk Trail was a pragmatic route connecting the more populated East to the slowly growing Midwest. The trail’s creators had avoided all marshland and chose to cross over picturesque prairies, which inspired the settlers to construct a road atop the route, which they called the Chicago Road. Construction began in the early 1800s and was only paused due to the Black Hawk War. At first, the road was used predominantly for trade between Fort Wayne, Indiana, and Chicago; slowly it became a favored route for the U.S. military and settlers migrating to the West.

The Indiana and Michigan portion of the Great Sauk Trail gradually moves North toward the United States and Canada border where both Indigenous Americans and travelers along the Underground Railroad would stop at Detroit and Amherstburg.

Screen Shot of “The Other End of the Great Sauk Trail” by Harry L. Spooner

Due to its efficient connectivity between cities in the Midwest, during the pre-Civil War era the Great Sauk Trail was also used frequently as a route for the Underground Railroad. The states of Illinois, Indiana and Michigan remained free of slavery from the onset of their statehood in the early 19th century, so many African American freedom seekers from the South utilized the Great Sauk Trail to travel discreetly between larger cities like Chicago and Detroit. Abolitionists, such as the McCoys, offered shelter, food and directions to ensure they reached their destinations safely. It was estimated that nearly 4,500 freedom seekers settled in northeastern Illinois between the 1820s and the start of the Civil War in 1861, with thousands more settling in towns across the three states. [2]

Beginning in 1912, the Great Sauk Trail was paved over to become the Lincoln Highway. The trail’s use has evolved greatly over the years, and communities along its path continue to celebrate its significance with historical markers and multiuse paths that deviate slightly from the original route. 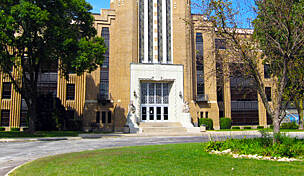 Bloom Township High School in the south suburban metropolitan Chicago area is on the National Register of Historic Places for its noteworthy... 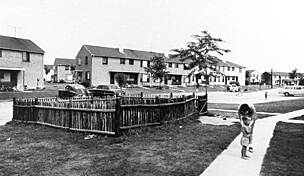 Following World War II, many American veterans and their families searched for new homes. To accommodate the expanding need for housing, Park Forest... 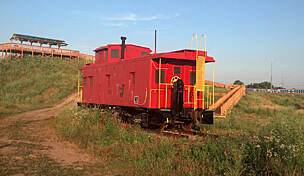 As one of the busiest railroad intersections in the county, Park Forest Rail Fan Park is a must see for all railroad enthusiasts. An estimated 32 or...