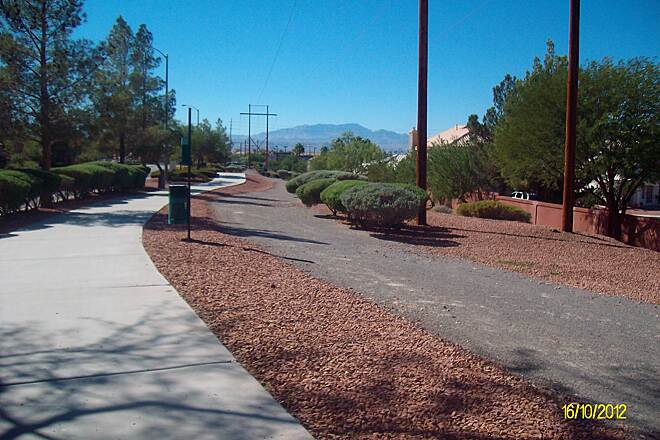 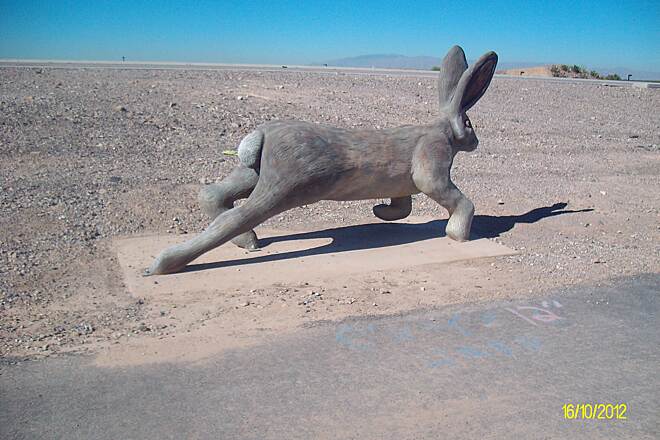 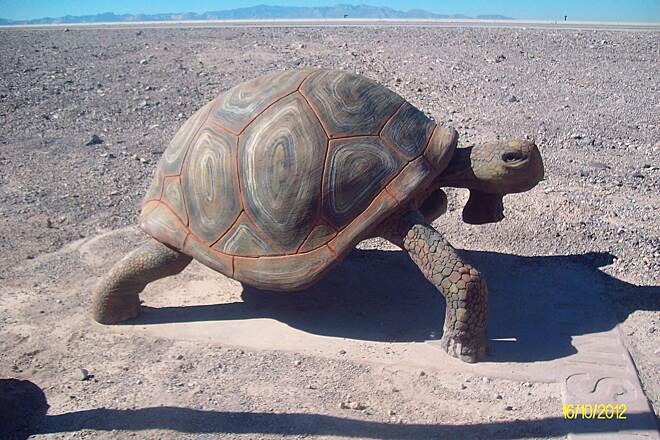 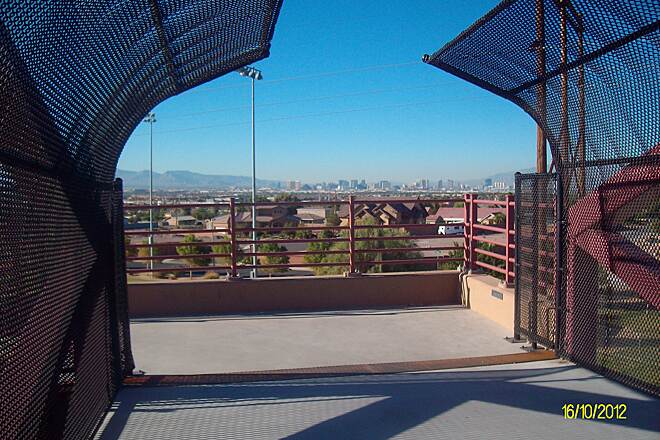 The Amargosa Trail stretches across Henderson, a large suburb just south of Las Vegas. Trail-goers should note that there are several street crossings along the route and little shade. The trail, which includes both paved and unpaved segments, features educational kiosks and interpretive signage on the desert tortoise and other native wildlife and plants.

There are several points to begin your journey and a handful of trailhead parks offer restrooms and parking. The westernmost endpoint starts at a connection with the St. Rose Parkway Trail across from the Siena Campus of Dignity Health's St. Rose Dominican Hospitals. You'll briefly head north—meeting the Cactus Wren Trail at S. Eastern Avenue—before following Ione Road east through residential areas to Cactus Wren Park. The park offers many recreational amenities, including ball fields, basketball and volleyball courts, picnic tables and a playground.

The trail cuts through the grounds of the facility before crossing Paseo Verde Parkway. The next major highlight you'll come to is Paseo Verde Park, offering 9 acres to play in with ball fields, horseshoe pits, and basketball, volleyball and tennis courts.

After following Paseo Verde Parkway east for a short time, the trail turns south at S. Valle Verde Drive, then quickly leaves the road to follow an irrigation channel. Near Verde Triandos Drive, the trail splits from the channel, running adjacent to homes just north of Foothills Plaza. You can access several shops and restaurants along S. Stephanie Street from this stretch, as well as the I-215 East Beltway Trail.

There is currently a short gap around the site, but the trail resumes less than a block to the east at Gibson Road. From there, the route heads southeast, approaching the base of the surrounding McCullough Range. The more adventurous can take the unpaved mountain biking and hiking component of the Amargosa Trail for roughly 2.5 miles south into the foothills. Those who can make the steep climb will be rewarded with outstanding views of the city and the final paved stretch of trail through a residential development in the Paradise Hills neighborhood.

I use this all the time, it gets one quickly to different parts of the city to stop or to continue on to nice city cycling. very enjoyable

This Urban Trail now has a bridge over St Rose Parkway making it continues from South Eastern Ave to the east crossing of Paseo Verde Parkway, then follows the Prkwy to S Valle Verde Dr. Work in progress on other parts of the Trail. Some street crossing do not have curb cuts and you need to use sidewalk to a pedestrian crosswalks or driveways with no marked crossings. Divided streets have multi 90 degrees turns to cross. Some street crossings are almost blind to drivers, due to shrubs. Noel Keller 17 Oct 2012