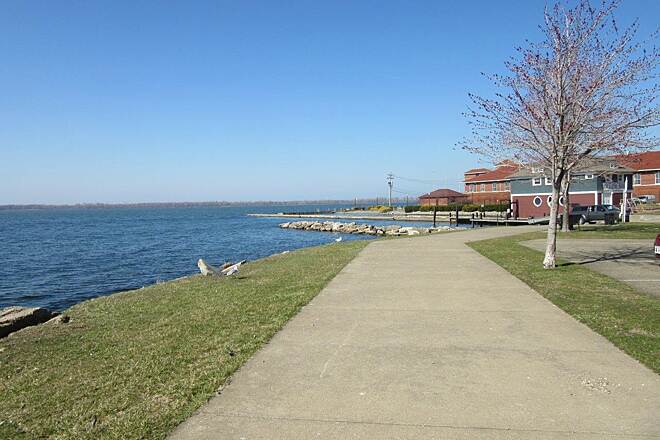 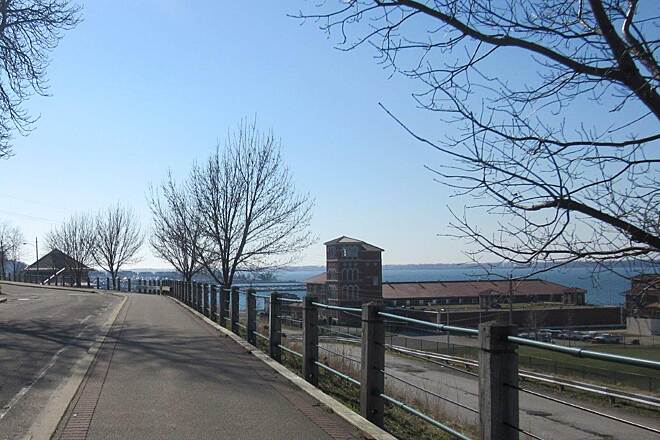 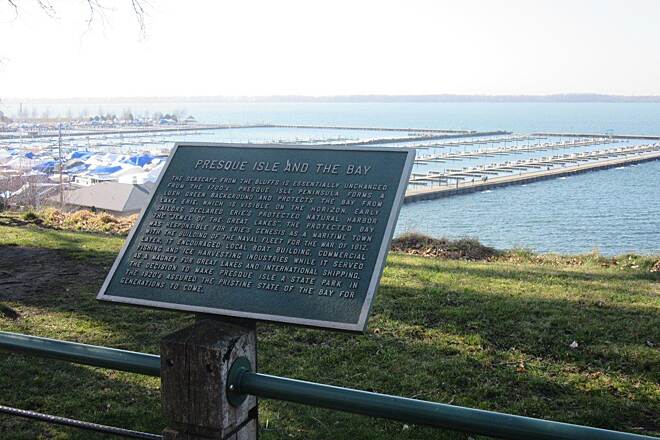 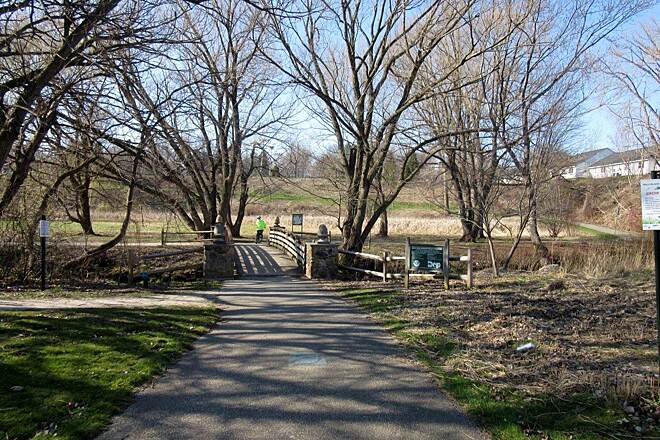 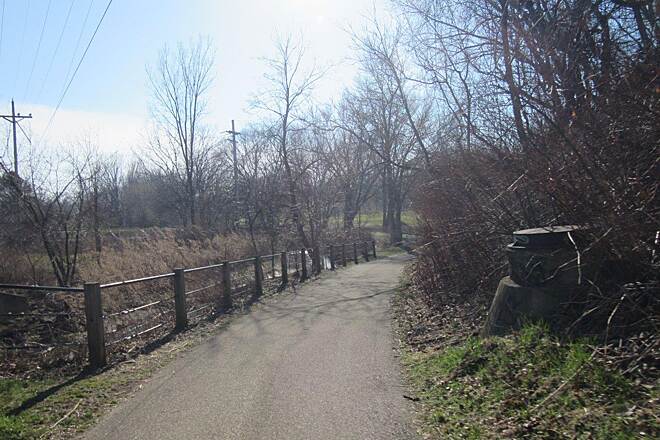 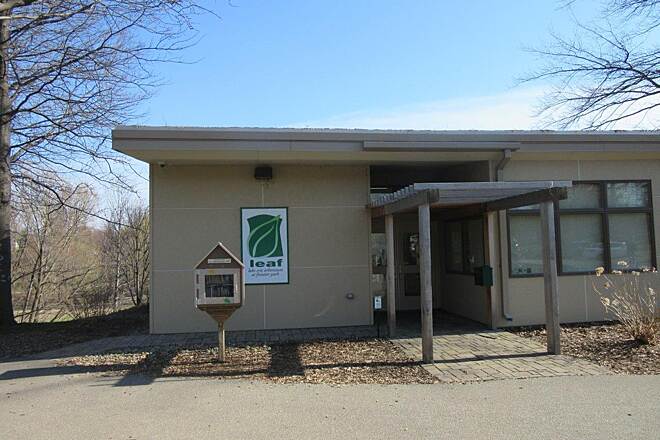 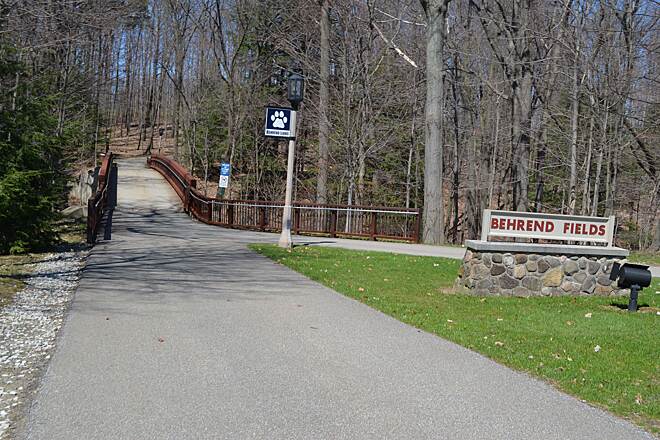 The Bayfront Connector Trail, also known as the Bayfront Bikeway, offers a paved route across the city of Erie in northwestern Pennsylvania. At its east end is the Penn State Behrend campus; from there, the trail continues downhill following the Bayfront Connector, a four-lane expressway, to Frontier Park on the west end of town.

Along the way, the trail offers an eclectic mix of cityscapes, wooded stretches, and lake views. The Lake Erie Arboretum at Frontier Park, which offers a wealth of educational programming and events, is a highlight of the trip.

Although the pathway ends at Frontier Park, you could continue on the bikeway along Sixth Street to reach Presque Isle State Park, a beautiful peninsula park offering more than 3,000 acres to explore and sandy beaches along Lake Erie.

On the trail’s west end, parking is available at the Intermodal Transportation Center (208 East Bayfront Parkway), Liberty Park (off Lawrence Pier) on the shoreline of Lake Erie, and at Frontier Park (1501 W 6th Street).

One of our favorites! Paved.

Could be marked a lot better. I have done this trail many times, both alone and with a group. We usually start at the Tom Ridge Center on Presque Isle, bike down 6th St, to Frontier Park, through the park, alongside the Bayfront Connector Parkway, down for a short jog on Front St as shown on the map, back on the Parkway, and, where the "trail" goes right to Behrend, I go left out to the Lampe Campground and Marina. It's a nice ride, but it's a city ride, and it's not a rail-trail. A lot is on sidewalks. There are some short moderate hills. Lots of side trips: the Maritime Museum, the Pier at the end of State St (a couple of nice biker restaurants here), the Frontier Park arboretum, Liberty Park, Scott Park and you could double your mileage by going around Presque Isle on the bike trail Tom Ridge has lots of free parking and rest rooms. City of Erie needs to step up and put up some signage for this "trail".

Good luck with this one. We had a difficult time following the trail. We parked at Frontier park and got on the road and rode around back streets then down the hill (road) and across the 4 lane highway to the trail which followed the lake. Then we crossed back over the 4-laner and pushed our bikes up the hill. To the East the trail ? goes through Erie and eventually Penn State. To the West we rode on a trail? that wasn't part of the trail but there was a great view of Lake Erie. Then back through streets of Erie and somehow ended up back in Frontier Park which the trail is not marked in the park. Frontier park has a nice parking area and childrens playground.
This would be a good trail to ride around on if you just wanted to ride around on a designated biking area vs. roads.

trail was for the most part well maintained. some areas were a little overgrown. at times it was a little difficult to know where the trail lead. definitely start at frontier park and head towards behrend. moderate grade to behrend but really nice ride back. trail.deopa you right into green space on behrend campus. beautiful