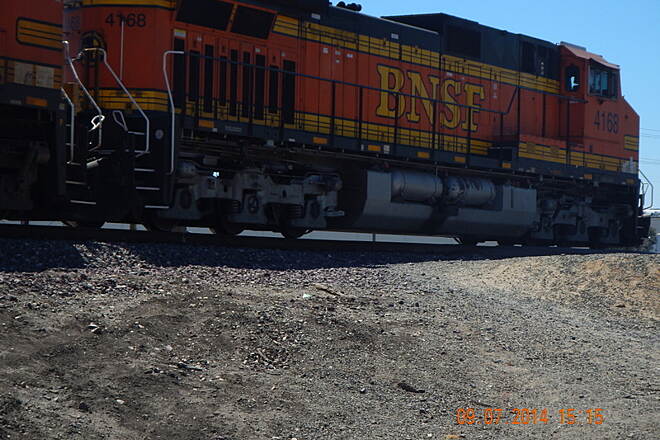 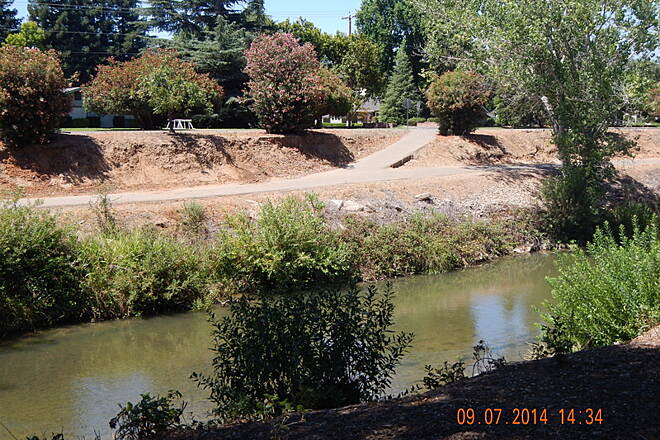 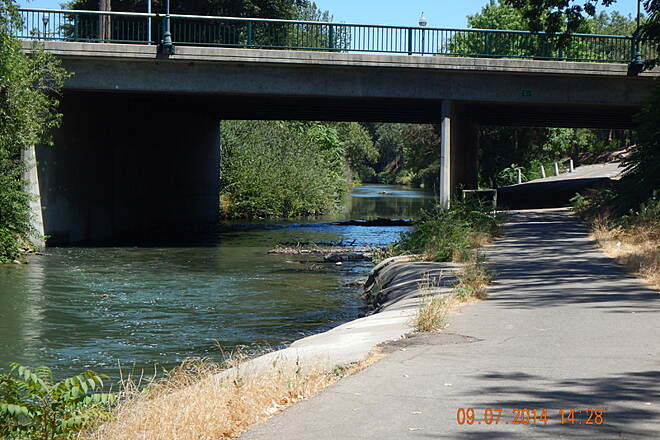 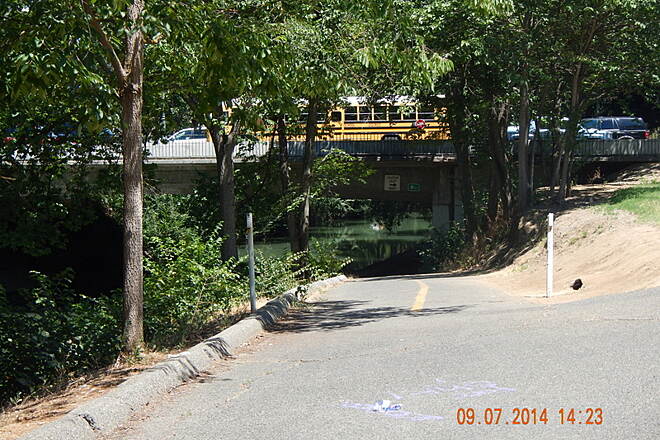 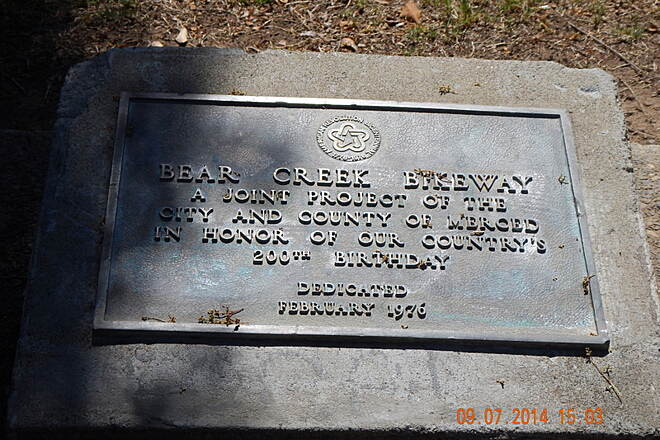 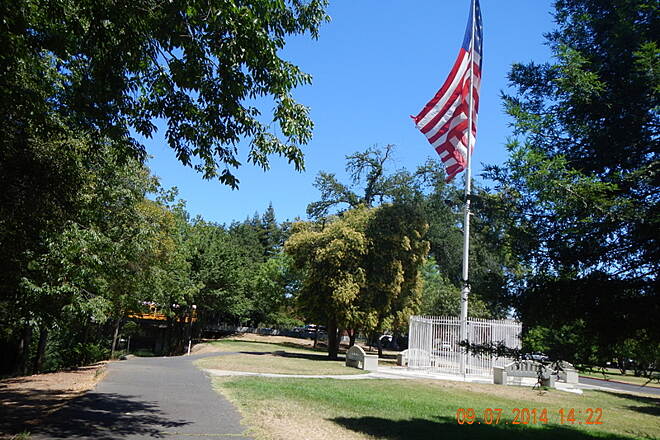 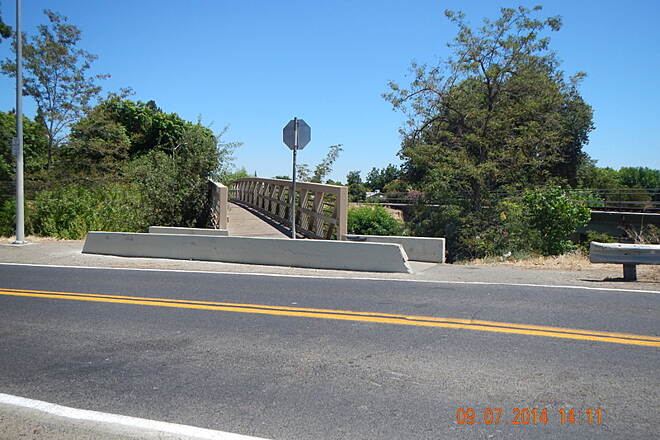 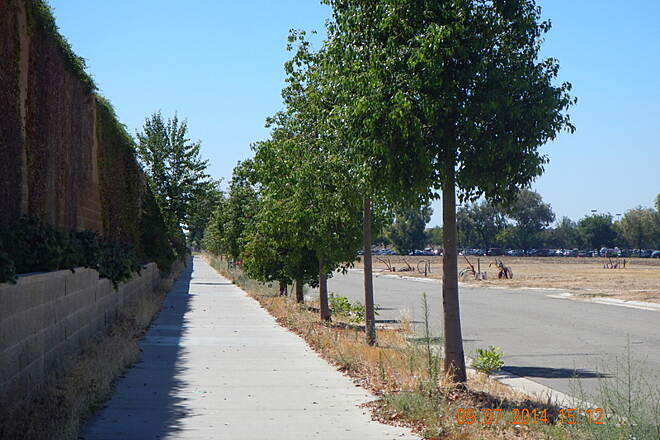 Parking for the Bear Creek Bikeway is available at Applegate Park on P Street or at the eastern trailhead on S. Bear Creek Drive, just east of McKee Road.

A Trip Through the Hood

This trail is more like an adventure. The best place to start the trail is at the McKee bridge. If yu park at Wal Mart, you run the risks of being car jacked, mugged, or catching a communicable disease from one of the patrons of Wal Mart.
As you begin the trail, either on the south or north side of the creek, you will begin to feel like you are in a first person shooter game, and carrying a weapon is a good idea when in the 209. You will see joggers, walkers and meth zombies. You might want to wear a medical mask as the creek you are riding along side of has a nostalgic stench of yesteryear when society would dump sewage into flowing creeks and rivers.
Once the creekside part is over, you will turn north, behind the famed Wal Mart where a wedding was once held, and, ironically, a man shot his fiance in the head, although not on the same day. This part of the route will take you up through the Faren's Creek area, but the creek that runs along side is named Black Rascal. This path takes behind the Loughborough neigborhood and starts your return to where your car will hopefully still be. Many local debate this area as the worst in Merced, so peddle fast.
Once you cross Mst, you should feel somewhat safe, but don't; many of Merced's youth groups such as the Nortenos, or Loughborough Locs like to tag the under bridges, and jack bystanders for valuables. Once you get beyond Parsons, congratulate yourself; you've passed through hell and have a srong chance of making it through the whole trail. Mckee is just a few blocks away. Head south on McKee. You're not far, but conserve your energy as you may have to ride your bike home. Car thefts are a common source of income for local tweakers.
Don't forget to wear a helmet!

Parked in Wal-Mart Parking Lot next to access to Trail at west end of the Sound wall. Surface is Concrete along Sound Wall, at W North Bear Creek Dr., Surface is rough with root heaves to G St. After G St very good Surface to McMkee Rd. One can return on North side of Bear Creek to G St, Excellent surface, less shade then South side. M and G St have underpasses, 9 July 14 Noel Keller