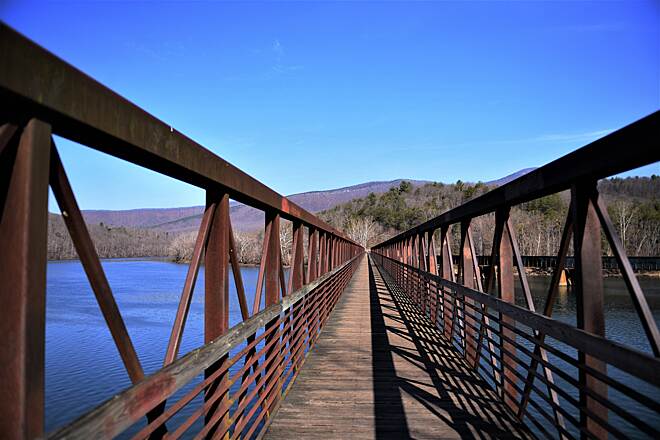 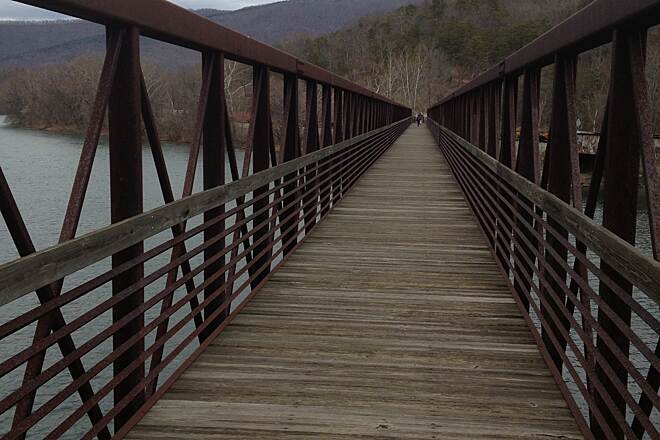 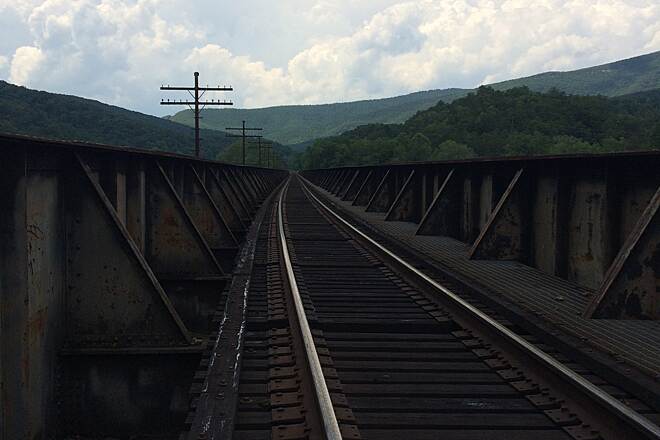 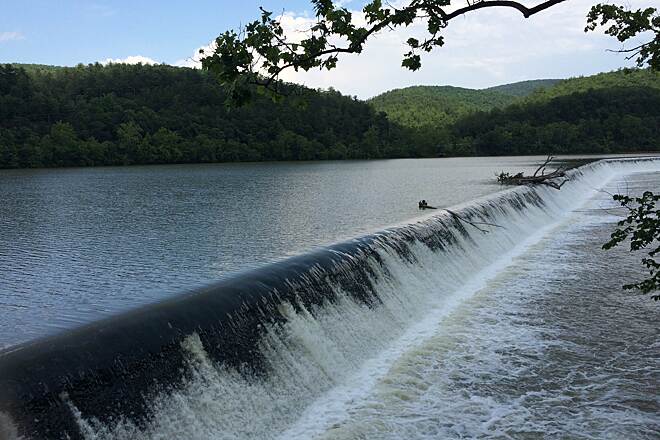 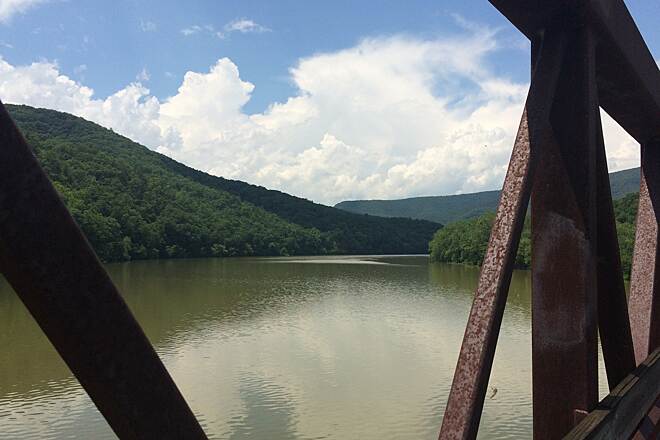 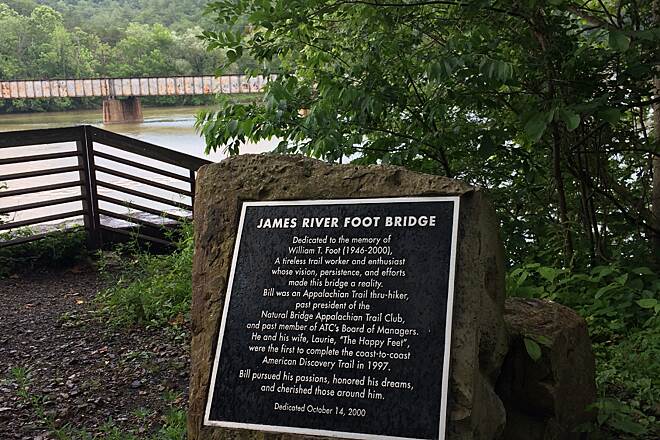 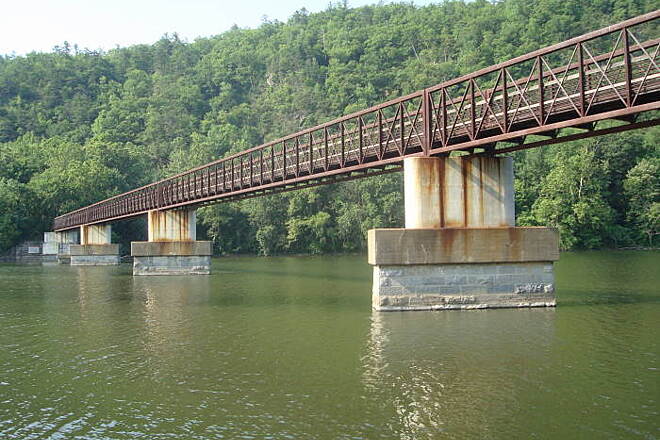 The James River Foot Bridge carries the Appalachian Trail over the James River in Snowden, Virginia, approximately 20 miles northwest of Lynchburg. The bridge was built on the piers of a demolished CSX bridge that had been replaced with a longer trestle just east of the original bridge, providing a straighter course for freight traffic. Trains pass by frequently against the scenic backdrop of rolling hills and refreshing water below.

When opened in 2000, the James River Foot Bridge eliminated a dangerous crossing of the James River that mixed hikers with vehicular traffic on US 501. A curious note: While this is indeed a footbridge, its name actually refers to Bill Foot, an Appalachian Trail enthusiast who spearheaded the conversion of the bridge into its present use.

Parking for the James River Foot Bridge and Appalachian Trail is available on the north side of the James River in Snowden, Virginia. To reach the parking lot from Lynchburg and other points south, take US 501 north. You will cross the James River near the Cushaw Reservoir, on the same bridge that trail users once had to use. Turn left at the north end of the bridge to continue on US 501. Trail parking will be on the left, just after State Route 812.