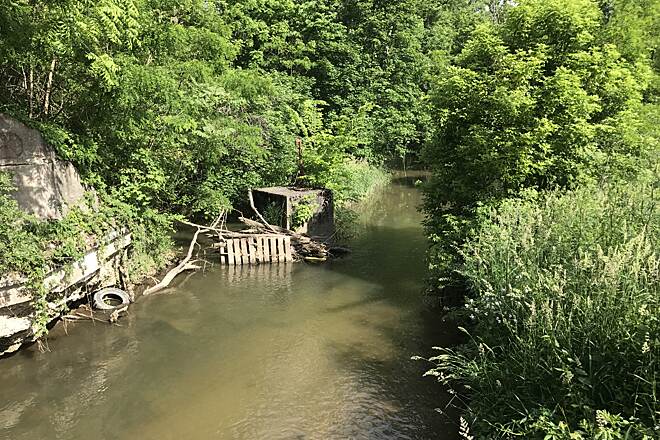 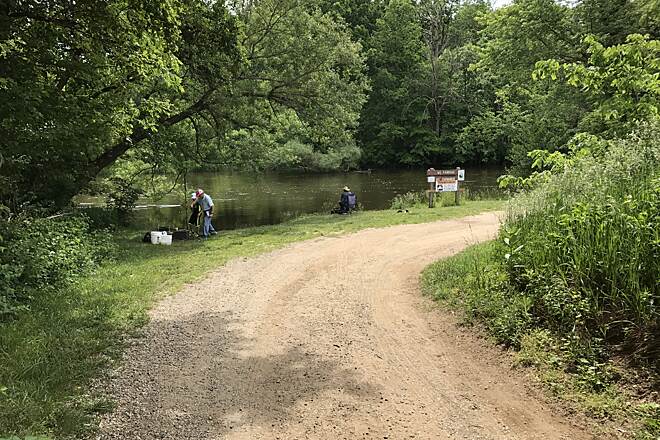 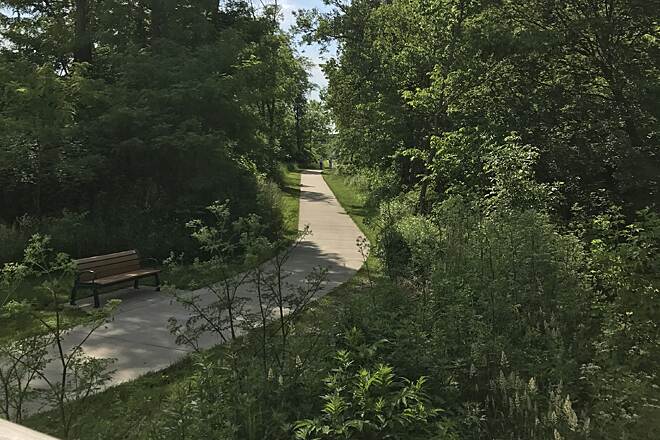 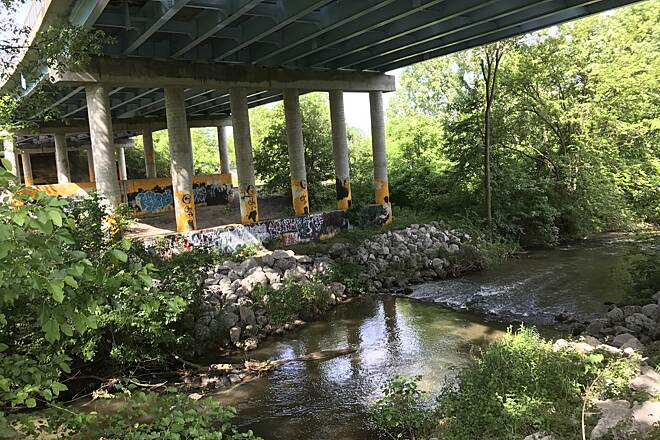 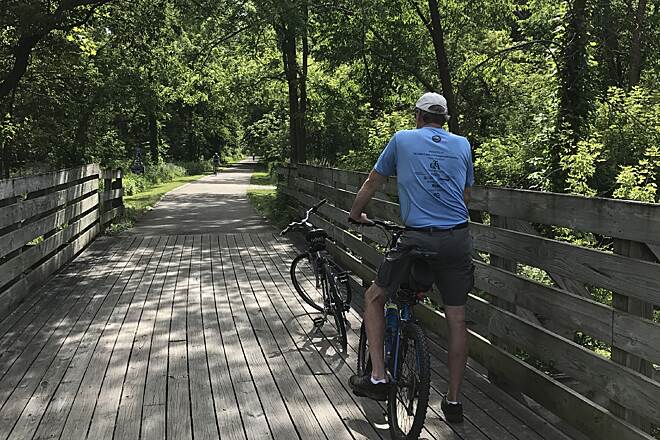 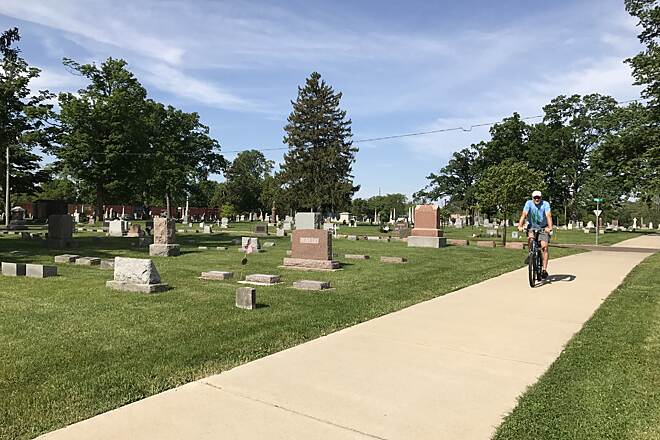 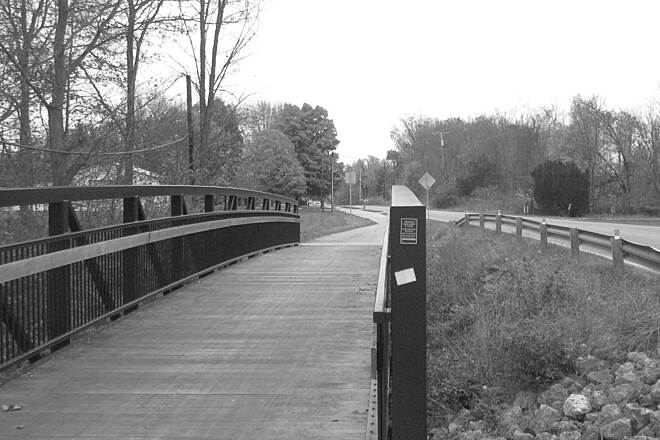 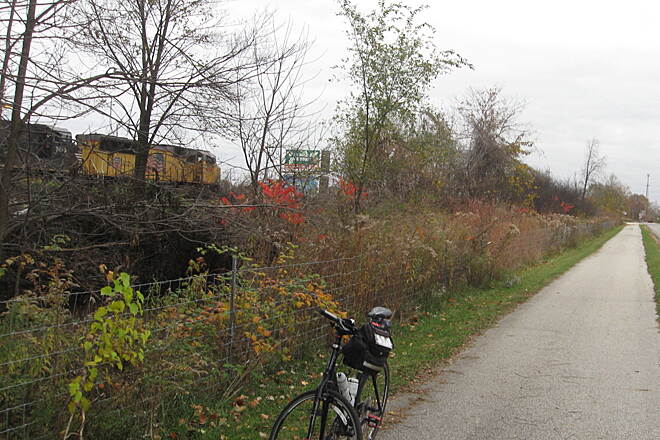 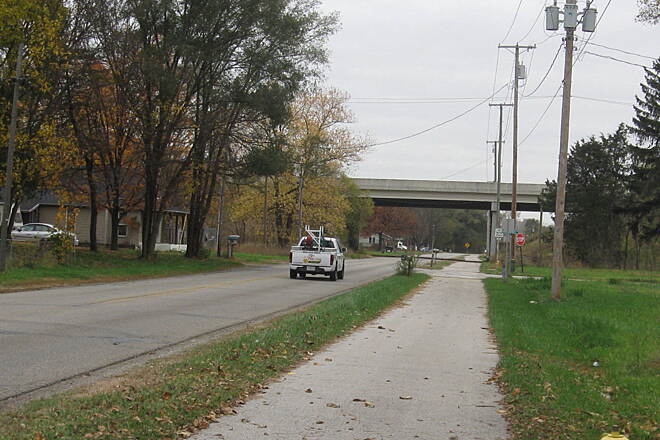 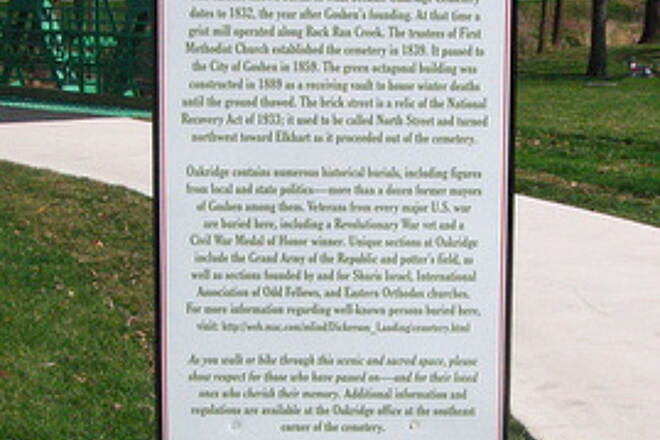 View Trail Map Send to App
The MapleHeart Trail travels nearly 5 miles from the city of Elkhart south to the outskirts of Goshen. The trail parallels County Road 45 and a Norfolk Southern Railroad corridor through residential and commercial areas.

Mid-trail, you'll arrive at Ox Bow County Park, named for the u-shaped bend in the Elkhart River. Enjoy the natural plant and wildlife habitats here, as well as the wide range of recreational amenities offered, including athletic fields, horseshoe pits, a disc golf course, playgrounds, an archery range and a canoe launch.

At Wakefield Road, the new Wilden Avenue Trail continues southward into downtown Goshen, where it directly connects to the Pumpkinvine Nature Trail.

Parking lots and trail access are available in Ox Bow County Park (23427 County Road 45, Elkhart). From US 20, turn south onto US 33 and proceed about 2.5 miles to Ferndale Road. Turn left (east) across the railroad tracks to arrive at the park entrance.

Nice flat trail but be aware that it crosses the county highway three times. Only one of those crossings is controlled. Lots of wild flowers to enjoy . Enjoyed runnbiking through the cemetery too.5

We did the Pumpkinvine Nature Trail yesterday, a pleasant experience, even with the rain. Today rode the MapleHeart Trail. Ten miles from Abshire Park, No hope of any improvement. Oakridge Cemetery the best part of this trail. Maybe a good ride IF Elkhart is your destination.

In October 2011, the MapleHeart, which connects to the Maple City Greenway at the Goshen city limits, was connected to the Pumpkinvine Nature Trail on Goshen's north side. As a result, you can now ride off road for about 15 miles starting at Hively Ave. in Elkhart, going through Goshen and northeast on the Pumpkinvine to CR. A fun ride is from Absire Park on S.R. 4 to Ox Bow Park where you can ride a circular trail in the park. There is no admission charge to the park for bicycles.

A unique feature of the trail in Goshen is that it goes through the old and large Oakridge Cemetery. Continuing east it passes through Oakridge Park, along Rock Run Creek to Main Street where it connects to the Pumpkinvine on what was once a railroad right of way. The right of way was destroyed at Third Street when the city built an bridge over the Norfolk Southern main line. As you approach the Third Street overpass from the west, notice the remains of the old railroad road bed on the north side. There are rest rooms at Oakridge and Oxbow parks. The combination of the urban Maple City Greenway and MapleHeart Trail and the rural Pumpkinvine Nature Trail makes for a ride of great variety and interest.