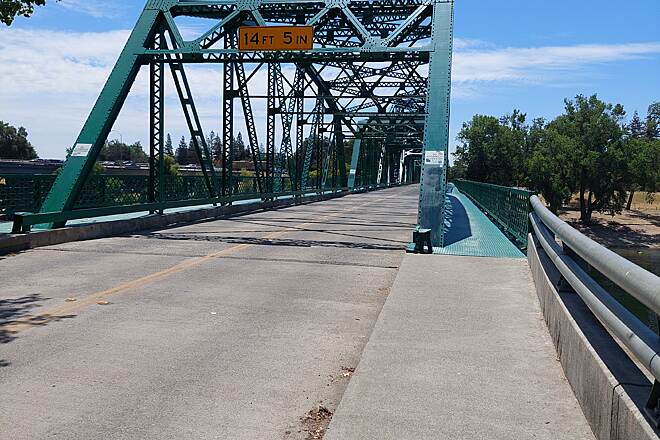 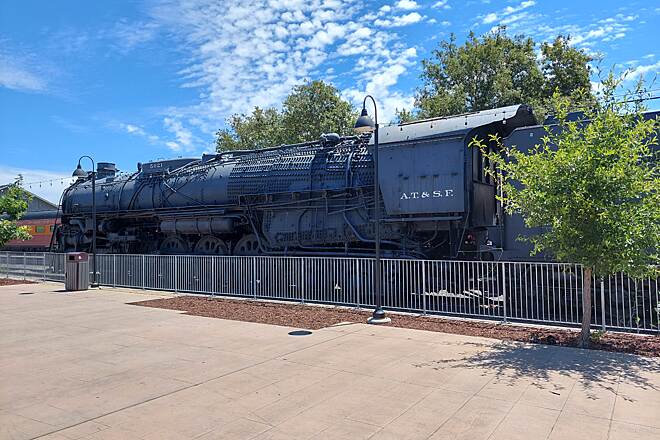 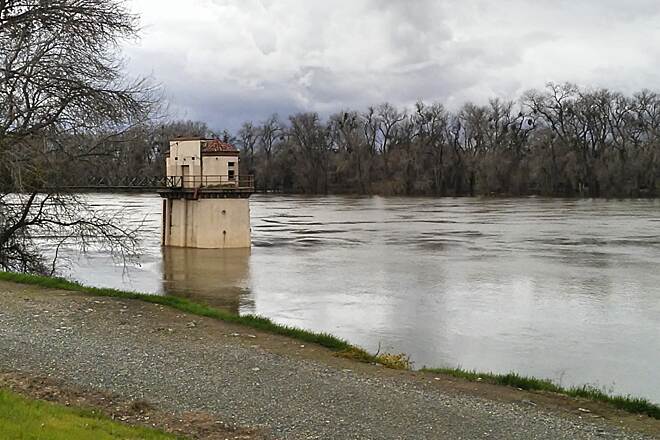 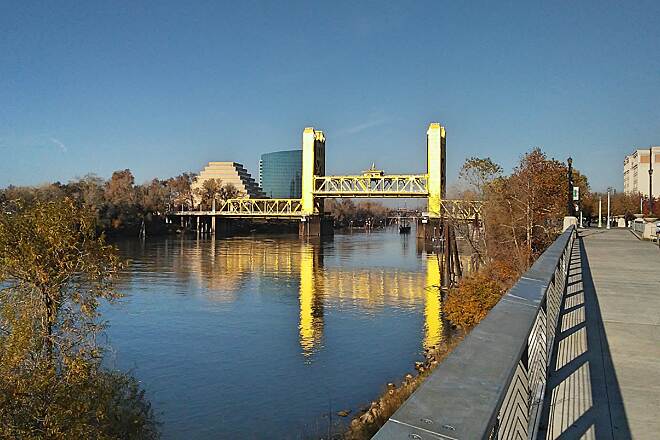 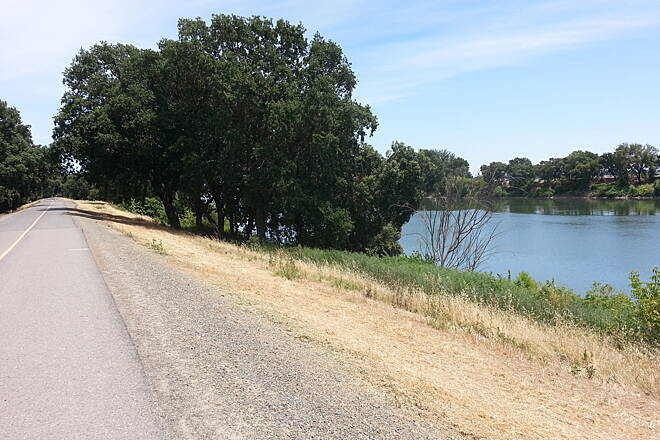 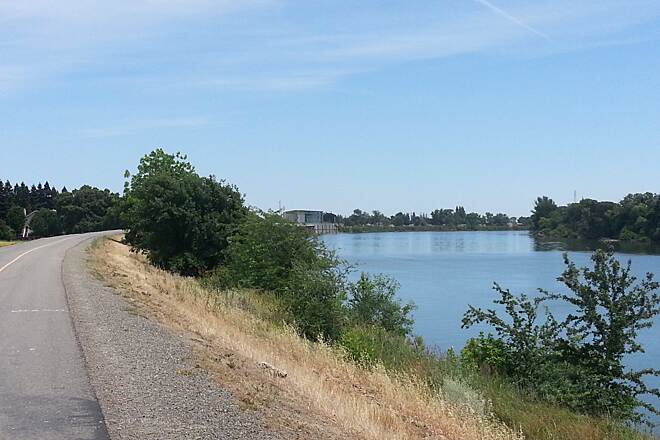 Hugging the eastern bank of the Sacramento River, the Sacramento River Parkway Trail travels through Sacramento in two disconnected segments. The older and longer northern stretch passes through Old Sacramento and along the Sacramento Southern Railroad excursion line to connect neighborhoods to the south. The trail makes useful links to both the American River Bike Trail and Two Rivers Trail on its northern end. The shorter southern segment follows the river through Sacramento's desirable Pocket neighborhood. A combination of on- and off-street bike facilities links the two segments. This trail has been incorporated into the Great California Delta Trail.

The trail starts from the Jibboom Street Bridge in Tiscornia Park in the north where parking and restrooms are located. The scenic park is situated at the confluence of the American and Sacramento rivers. From this point the trail heads south, passing the Sacramento River Water Intake Structure, where a fun little fountain and displays of the pumps and artwork entertain passersby.

The trail next passes through old railyards that were once the largest in the west and are now being redeveloped into a major urban area. At mile 1.1, the trail enters Old Sacramento at the California State Railroad Museum, which has a turntable and many restored locomotives and cars inside, as well as a historic depot and excursion train rides. Old Sacramento is a tourist destination and many food and drink options are available.

The off-road trail ends in Old Sacramento, and you will need to follow Front Street for a short distance to get to the next portion. Front Street is a mix of gravel and cobblestone, but the paved trail resumes at Capitol Mall in front of the Tower Bridge. North of Interstate 305, a trail bridge passes over I-5 to provide access to R Street. Continue south instead to reach the California Automobile Museum and ultimately enter Miller Park.

From the popular park, the trail travels south for approximately 2.5 miles to the Westin Sacramento hotel. This section is wedged in tight between the river and the tracks with I-5 just on the other side of the tracks. The Sacramento Southern Railroad operates excursion trips here from the depot in Old Sacramento.

At the hotel, the off-road trail again ends, and you will need to follow Riverside Boulevard past the Little Pocket neighborhood to the next 0.5-mile section of trail on the levee. After you cross 35th Avenue, look for the trail on the right and follow this to Bear Flag School Park in the Pocket neighborhood. From here you can connect to a network of trails through the Pocket area.

A significant gap separates the northern segment from the newer southern segment at Garcia Bend Park. From the park, the trail courses east along the river to the Bill Conlin Youth Sports Complex, popular with local Little Leaguers.

Parking for the Sacramento River Parkway Trail is available at its northern end at Tiscornia Park. (Note that a small entrance fee is charged here.) Old Sacramento has several parking garages and metered parking on-street. Additional parking can be found on-street around Bear Flag School Park and at the Bill Conlin Youth Sports Complex on Freeport Boulevard.

This trail is still closed in October 2021

The short portion below the museum of Science and curiosity was nice and then the short portion through Old Town was also fun. The rest was navigating through one run down neighborhood after another.

Bike path opening back up

Bike path is opening back up by the end of the year. Was previously closed due to levee upgrades

scooter riders need to check this out

This trail is perfect for those who are scooter riders. This trail is smooth, long and a few curves and little hills here and there. There are hardly any pedestrians or bike riders. My husband and I recently bought scooters and have been looking for somewhere we can get some speed and just cruise without all the traffic. Not the most scenic. You can jump off the trail in spots and take a break.

Great trail for the train lover

This trail is a very easy ride and drops right into the parkway trail systems. I highly recommend parking by Scotts Seafood as there is a nice public parking lot and it really is the start of the trail from the south end. Any further south and you end up riding through nieghborhoods and on the street rather than on the trail. The trail itself is well marked and follows the river the bulk of the way. There is also a lightly used rail track on the side and if you are lucky you will get to see the sacramento railway taking a lea sure stroll. Best part of the trail is dropping into old town sac where you can quickly get to downtown or the parkway for all the more riding. Nice little sunday stroll.

If you are in the Sacramento area, then this is a great trail to run. It starts near Tiscornia Park but it may be easier to start at Discovery Park (which is right across the river) where there is plenty of parking. Both Park's have bathrooms and water fountains. Discovery Park looked nicer and cleaner.

The trail is paved and fairly level. There is a nice dirt/gravel shoulder that you can run on too so you don't have to stay on the paved portions. Lots of great views of the river, well shaded, many blackberry bushes along the way, and lots of small wildlife. The trail is officially open from sunrise to sunset.