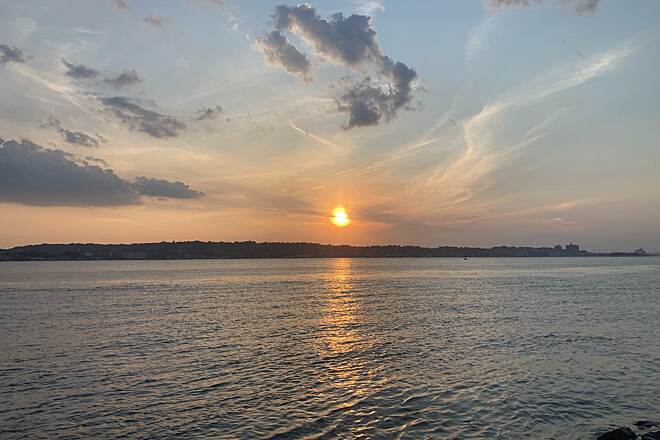 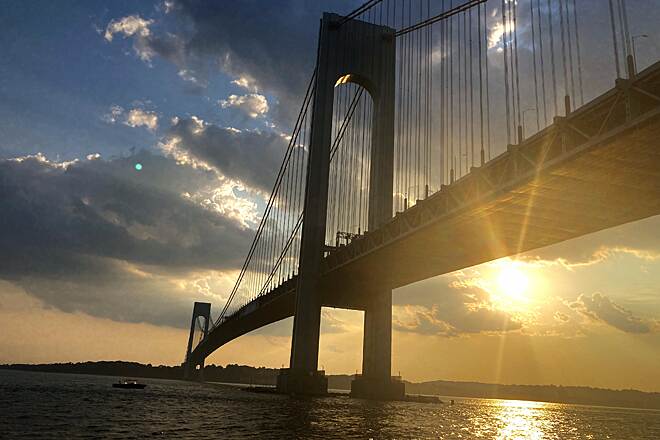 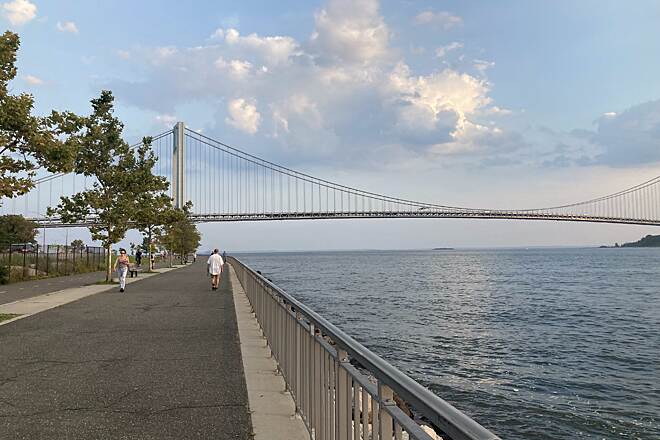 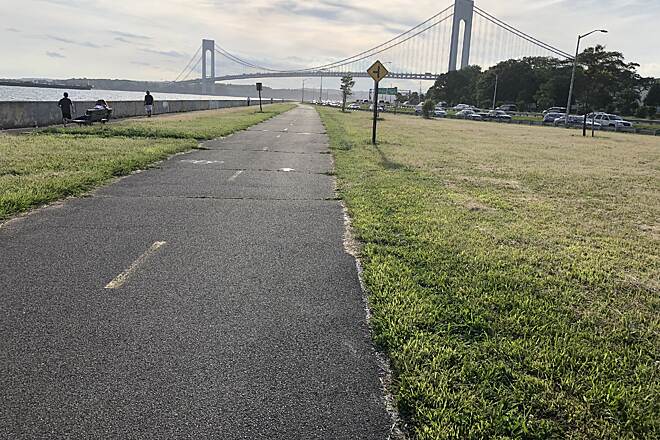 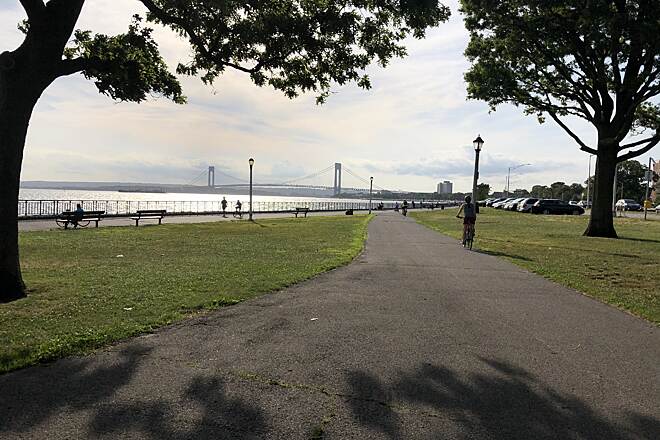 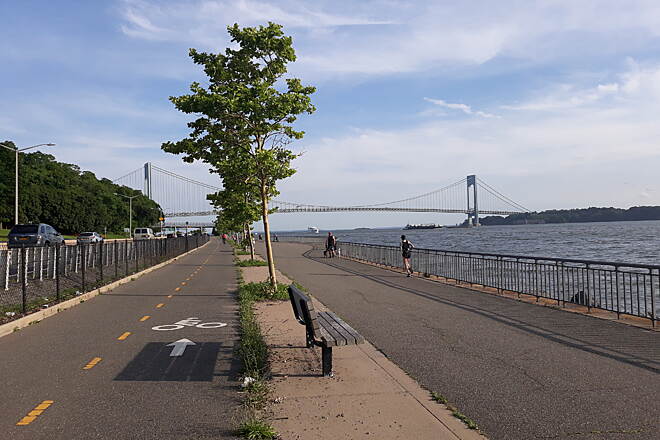 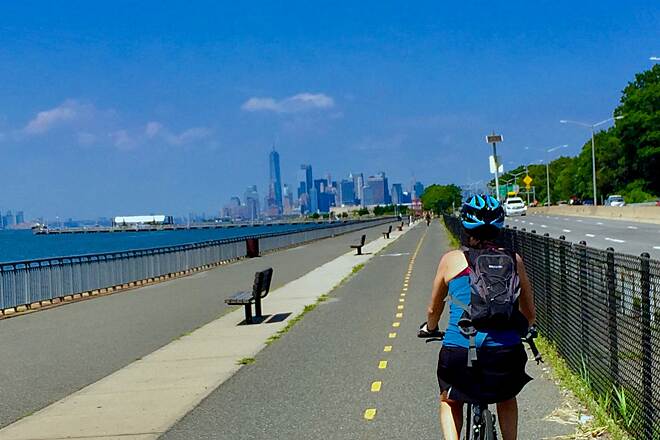 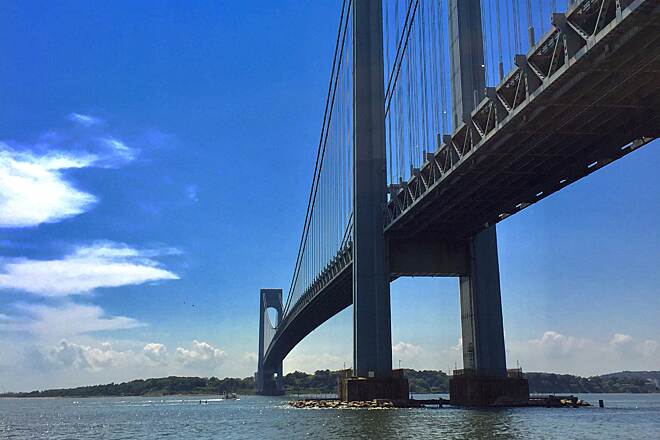 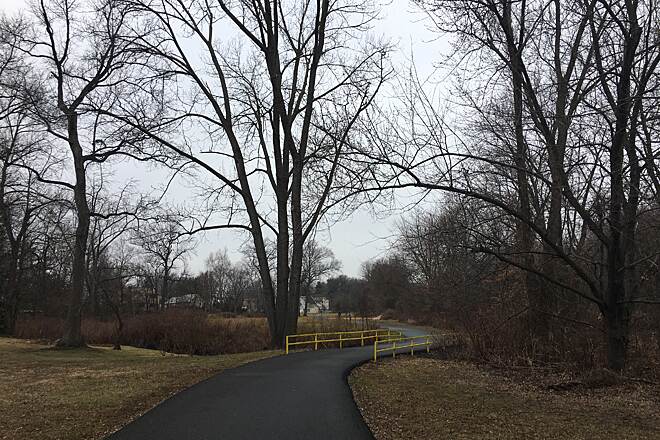 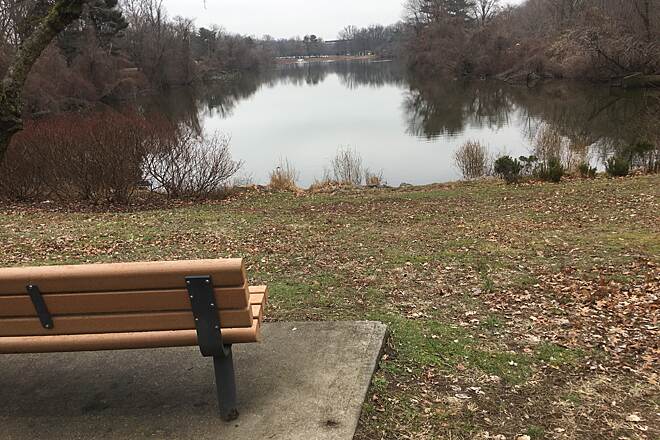 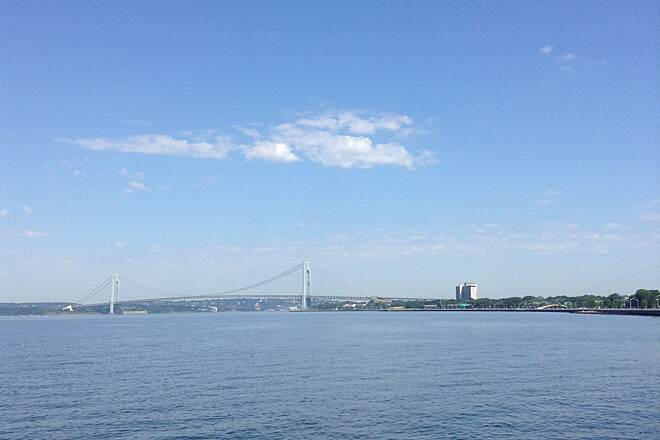 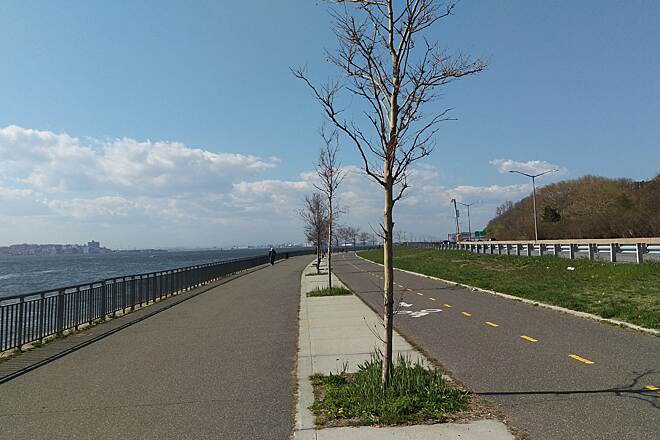 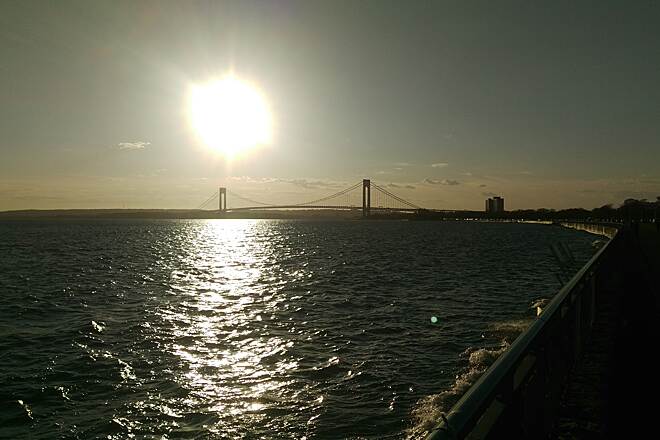 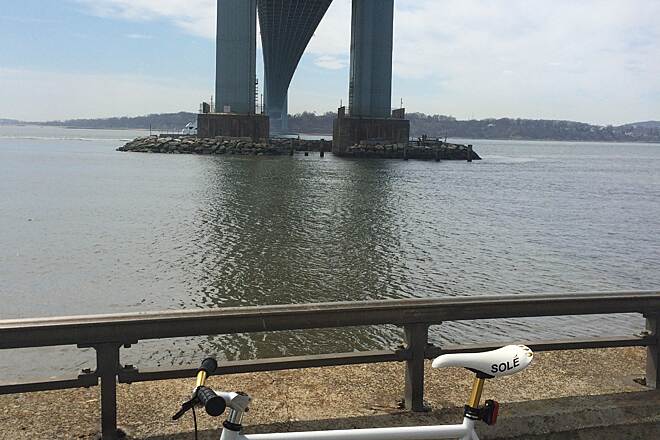 The two diverse sections of the Shore Parkway Greenway Trail blend urban and scenic, offering views of sights ranging from the Statue of Liberty to wildlife refuges. Following the Belt/Shore Parkway, users can expect to witness takeoffs and landings at the nearby John F. Kennedy International Airport; cargo liners along Jamaica Bay; and a number of beaches, salt marshes, freshwater ponds, and maritime forests. The trail is part of the Brooklyn Waterfront Greenway route.

At nearly 8 miles, the longer eastern segment follows the Belt/Shore Parkway southwest from Howard Beach to Brooklyn. Although this section is paved, it contains steep slopes and bridges that make it unsuitable for wheelchair users. The shadeless concrete surface could be useful for athletic training or commuting purposes. Note that the first parking area for this segment is located 3 miles into the trail, at Canarsie Pier.

From its beginning at 84th Street, the trail parallels the parkway, passing Spring Creek Park on the left in 0.4 mile. This stretch of trail can become quite noisy and unpleasant at times, as it closely follows the parkway. The water and greenery on the opposite side of the trail provide some relief, although smells from the Fountain Avenue Landfill natural restoration area can be overwhelming.

From Canarsie Pier, you can find parking, restrooms, and a drinking fountain. Continuing down the trail, you’ll pass several parks and recreation areas around mile 5, including Four Sparrow Marsh and the North Forty Natural Area in Floyd Bennett Field. This historical (now deactivated) airfield provides users the exciting experience of biking along its runways. The field is located within the three-part Gateway National Recreation Area, where former landfills have been converted into wildlife habitat and recreation areas. The area makes up a significant part of the Atlantic Flyway for migratory birds.

Exiting this area, you’ll reach a signaled crossing for the high-speed Flatbush Avenue, which can be dangerous. The crossing also intersects the 1.4-mile Flatbush Avenue Greenway. Toward the end of the eastern segment, the trail connects to Plumb Beach, where parking is available. In 0.5 mile the trail ends at Brigham Street, across from several hotels.

The shorter western section in Brooklyn begins at Bensonhurst Park and extends just over 5 miles north to Owl’s Head Park. This segment along Upper New York Bay is the more scenic of the two, providing impressive views of Coney Island, the historical Fort Hamilton Army Base, the Verrazzano-Narrows Bridge, Staten Island’s Fort Wadsworth and Battery Weed, the Statue of Liberty, and One World Trade Center.

The fully paved trail is wheelchair accessible, with separate sections for cyclists and pedestrians. There are several restrooms, benches, and parking areas along this stretch, which is heavily used by families, children, professional athletes, and everyone in between. The views and facilities make it worth the ride.

Eastern Segment: Several buses from Queens stop at 84th St. and 157th Ave., less than a block away from the easternmost terminus. For more information on bus routes, visit the Metropolitan Transportation Authority website.

Parking is also available at Plumb Beach. Located on Plumb Island, the beach is just off Belt/Shore Pkwy., east of Exit 9 or 9B toward Knapp St./Sheepshead Bay.

Western Segment: Subway riders can take the R train to the Bay Ridge Ave. station. The westernmost terminus is at the southwest corner of Owl’s Head Park (53 68th St.), about four blocks away.

To access parking near the middle of the western trail segment from Belt/Shore Pkwy., head to where Belt/Shore Pkwy. travels beneath the Verrazzano-Narrows Bridge. Take Exit 2 to merge onto Fourth Ave. toward Fort Hamilton Pkwy. In 0.2 mile turn left onto Shore Road. Trail parking is located on the left at the Shore Road Park and Parkway.

Over crowded and potholes

There are no bike lanes from the bridge to Cesar’s Bay. Lots of large holes and cracks. People everywhere riding rental carts that take up half width of the riding/walking area. Not worth it.

Great path for any sport or hobby

This bike path needs to be Swept with a sanitation truck. Sweeper at least once a month I have gotten so many bike tire flats I usually ride from howard beach to the verrazano and back or I do the 20 mile loop to Rockaway and back home it needs a good cleaning and May be more lighting Thank YOU

The stretch between Verrazano Bridge and Ceasar's Bay Shopping Center along Gravesend Bay is riddled with thousands of cracks and holes causing flat tires. This Bike trail has gotten worst ever since Hurricane Sandy hit the shores in October of 2012. Bike, Walk, Jog at your own risk. A disgrace for New York City.

After reading reviews on this site, we drove to & parked at Toys R Us. We rode first to the bridge, then continued on to the end, the pier. For an early afternoon on a Saturday is was not too crowded, but we did have to slow down around the more busy areas. During the first half of the ride we had the wind to our back; on the return trip we had the wind in our face. Although that felt good, it definitely slowed us down, and took a bit more effort. As previously described, there are plenty of benches to rest and a great photo op at the Verrazano. It was fun, safe, and did not take too long. The parking was not problematic. There are some repairs that need to be made in the paths, like one deep hole and many cracks, but overall our experience was better than anticipated. I would do it again.

I usually ride this from 84 st in Howard Beach (plenty of parking right on the corner) to Floyd Bennett Field or Fort Tilden (roughly 10 miles) ..from 84st to just after Canarsie pier(has bathroom,sometimes food truck, great rest point) is all like brand new. The Mill Basin bridge is the one that has a guard rail for half the bridge pathway is thin and is pretty sketchy. :) but its not bad enough to make me avoid it. Once u get to Flatbush u can cross and head west to Plumb beach(bathroom/rest area) or go south to Floyd Bennett(bathrooms and rest area) its never really crowded and is a good run. I do carry pepper spray incase any animals jump out of the bushes. :)

I prefer it to the Verrazano portion only because its less crowded,longer and closer to me..... but the views by the Verrazano are surely better as is people watching :)

My wife and I have ridden the Shore Parkway Trail from Owl's Head Park to the Verrazano Bridge many times. That section of the trail is excellent. It has separate walking and biking trails, side by side. There are shade trees and benches and you can stop and enjoy one of the most beautiful stretches of waterfront that New York has to offer. We've also ridden the trail further along, past the bridge, to the end of the first section. It's still pretty nice, but the benches and trees are gone. If these 2 parts were the entire trail, I would give it 4 stars. Yesterday we finally rode the second section, starting at Brigham Street and heading out towards JFK airport. That part of the Shore Parkway Trail takes you very close to speeding cars. The trails takes you over some bridges, where you are literally riding on a 4 foot wide sidewalk, with no barrier between you and 60 mph highway traffic. We will never ride that section again, and I would rate it 1 star.