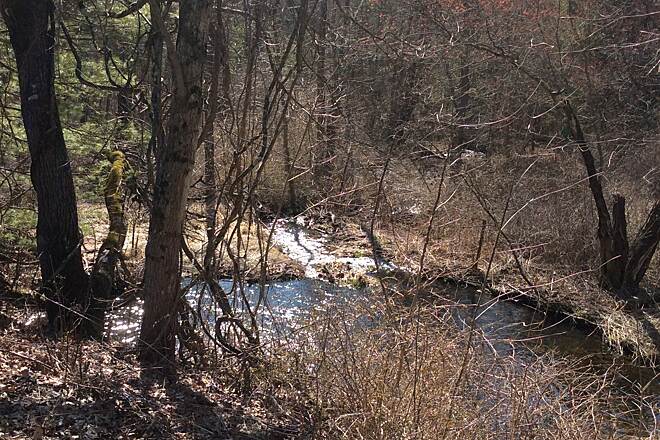 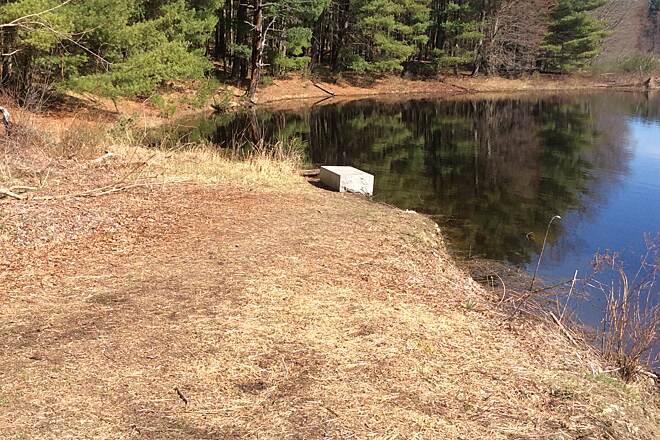 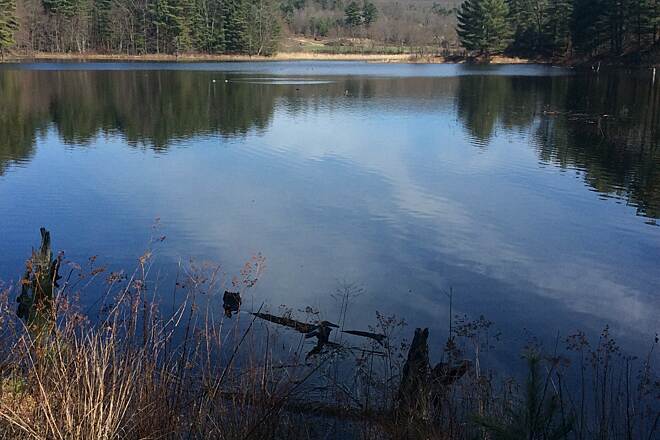 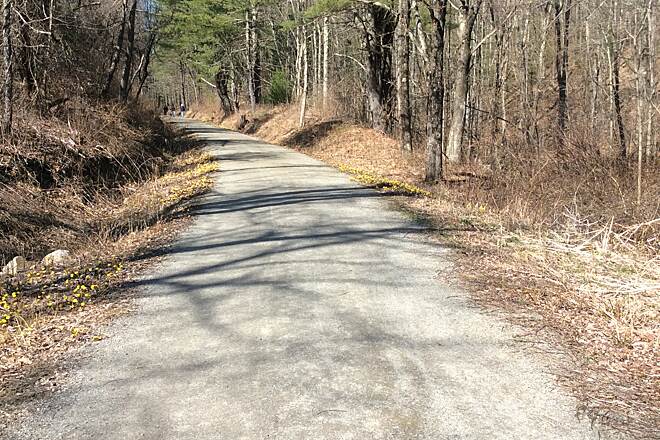 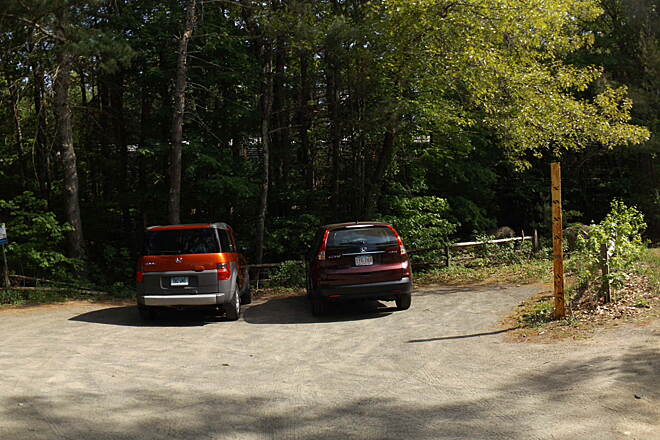 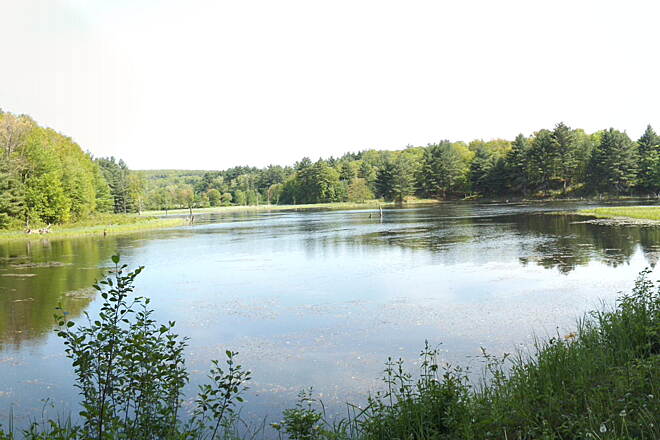 The South Spencer Rail Trail runs for less than 2 miles from downtown Spencer to an area south of town near Spencer State Forest. The path, which is also known as the Depot Trail, occupies a former spur line of the Boston and Albany Railroad originally constructed in 1879.

Near the trail's southern end at S. Spencer Road, a hiking trail leads into Spencer State Forest's Howe Pond parcel, centered on its namesake water feature. The area was once an estate belonging to Elias Howe, the inventor of the sewing machine. Within the park, trail users can connect to its extensive hiking network, including a portion of the 95-mile Midstate Trail.

Parking for the South Spencer Rail Trail is available at its southern trailhead on S. Spencer Road. From Interstate 90 (the Massachusetts Turnpike), take Exit 9 to I-84 and US 20. Once on I-84, follow signs to US 20 East to Charlton (Exit 3A) and exit. Shortly after the Center at Hobbs Brook, turn left onto State Route 49. Take the highway north to its end at SR 9, and turn right. Continuing on that road will take you into downtown Spencer, but trail parking can be reached by taking the first right onto S. Spencer Road. The trailhead is located just after Depot Road branches off to the right (before the active rail overpass).

There are plenty of places to sit and there are dog poop bags and a waste container at one of the seating areas. Highly recommend for walking little and older dogs.

There are plenty of places to sit and there are dog poop bags and a waste container at one of the seating areas. Highly recommend for walking little and older dogs.

Depot Trail offers a historic trail walk to a picturesque pond and
is ideal for those looking for a flat walk within the first mile of what is actually a 2.5 mile trail.
There is abundant wildlife easily visible along the path.
You'll find a few benches to relax and enjoy the views.

It was along this path (1861-1865) that Joseph Chauncey Lyford,
the Howe's grandson, at the age of thirteen with a gun and his dog, walked this trail and secured specimens for preservation in numerous spots reviewing the flora and fauna,
he often took to plant at Grandmother Howe's homestead ( now Howe State Park).
Lyford snared partridges, rabbits and muskrats and used the
money from selling the pelts to buy books.
He also worked at the depot at the trail end unloading coal and grain
for $1.50 per 12 ton railcar load. On Sundays he carried the rails for tracks being laid.
Although he started as a novice teacher in Worcester, he became it's principal, as well as three other Worcester's schools in 26 years. He realized artwork of what he found along Depot Trail could help students understand nature. So he drew illustrations of what he'd seen. He soon saw lantern slides and realized it could interest his students in nature.
So he built his own camera and took over 3,000 images to enhance his students understanding of New England Life and Natural History. He authored and lectured using the newest technology of his time (Cyanotypes) to photograph the pond mentioned on this trail.
The images are in the American Antiquarian Society archives in Worcester. Or found at this link if you paste it in a browser.
http://gigi.mwa.org/netpub/server.np?quickfind=Cyanotypes.%20&site=public&catalog=catalog&template=detail.np&offset=15&TabletNPResults=/netpub/server.np%3Fquickfind%3DCyanotypes.%20%26site%3Dpublic%26catalog%3Dcatalog%26template%3Dresults.np&TabletNPResultsCount=50&playMode=stop

The trail offers a chance to reflect on how a single trail can become the genesis for a lifetime of sharing an appreciation of natural history. Few other trails can boast such a rich history as South Spencer's Depot Trail.