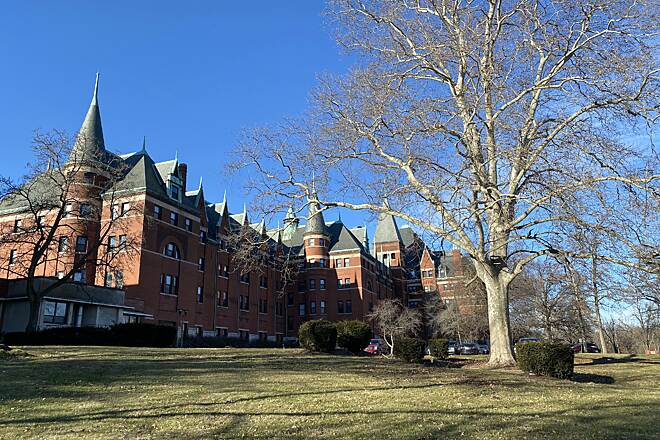 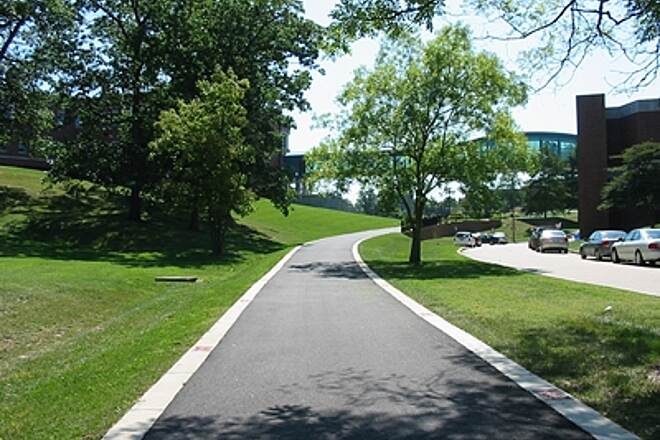 The St. Vincent Greenway Trail winds through the north and south campuses of the University of Missouri–St. Louis (UMSL) before emerging into the lush woodlands of St. Vincent Park. The park offers a playground, athletic fields and a community pool on what was once farmland owned by the Daughters of Charity of Saint Vincent de Paul.

Near the park, the trail runs next to the former St. Vincent’s Hospital, whose châteauesque main building has been repurposed into low-income housing. Just to the north of the hospital, UMSL’s South Campus—home to the Pierre Laclede Honors College, the College of Optometry and other academic units—occupies a site that was once the campus of Marillac College. Dedicated to the education of future nuns, the religious school was originally affiliated with the nearby hospital.

Across Natural Bridge Road/State Route 115, the St. Vincent Greenway Trail enters the main property (North Campus) of the University of Missouri–St. Louis. The campus was built on the original site of the Bellerive Country Club. Enjoy the native trees and interesting architecture that line the pathway there. Connect to the Ted Jones Trail near the center of campus to travel farther north into Ferguson.

There's also a disconnected segment of the greenway connecting Trojan Park to St. Louis' famous Forest Park,a 1300 acre urban park featuring a zoo, greenhouse, museums, lakes and a multi-use trails. The St. Vincent Greenway Trail itself is expanding and will one day extend more than 7 miles across St. Louis County.

For those taking public transportation, exit the UMSL South MetroLink Station and travel west along Marillac Drive to Bellerive Hall; the trail runs adjacent to the Hall's parking lot.

Lovely asphalt walking path. If you see a long trail of leaf covered steps, it will lead you to a chain link fence facing what used to be St Vincent’s Hospital, but you can’t see it well due to over growth. Stay on the regular path and you will go by it for a great view of a historic building.

Not Good for Skating

I would not rollerblade or skateboard on this trail. There are hills that lead into turns that force you to brake down the hill. Not great for advanced skaters without brakes on their skates. Beginner skaters SHOULD NOT use this trail. Would recommend for those looking to add hills in their long distances runs or cycling.

Nice mix of scenery. And a good mix of difficulty.