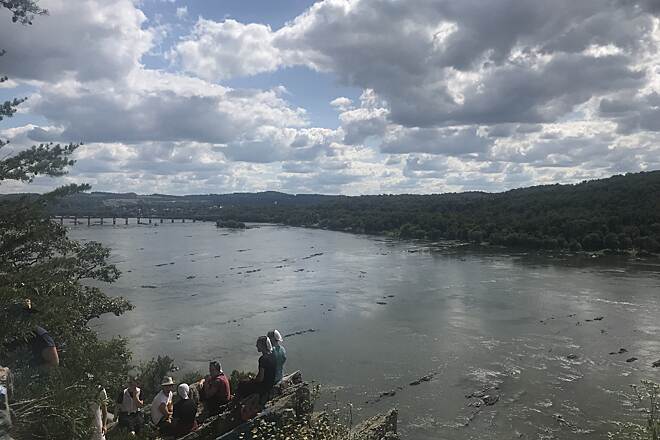 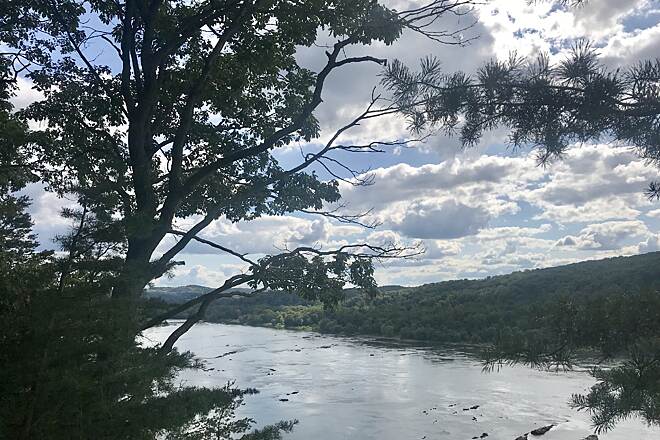 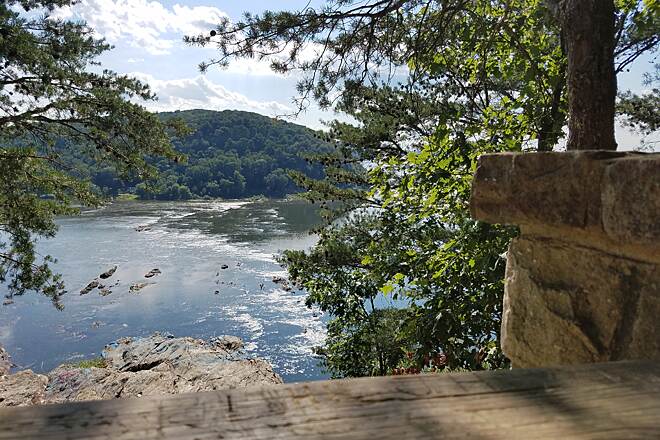 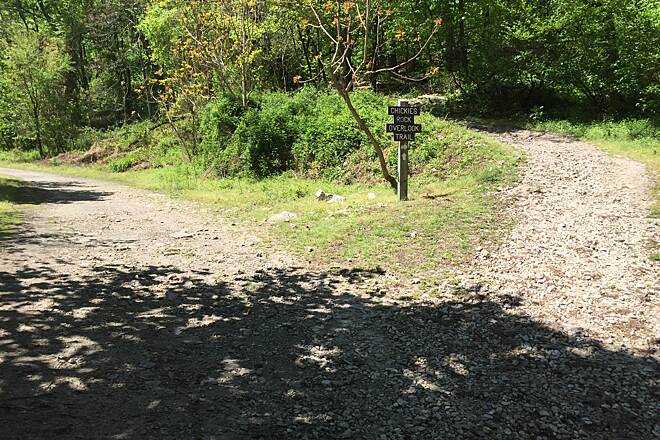 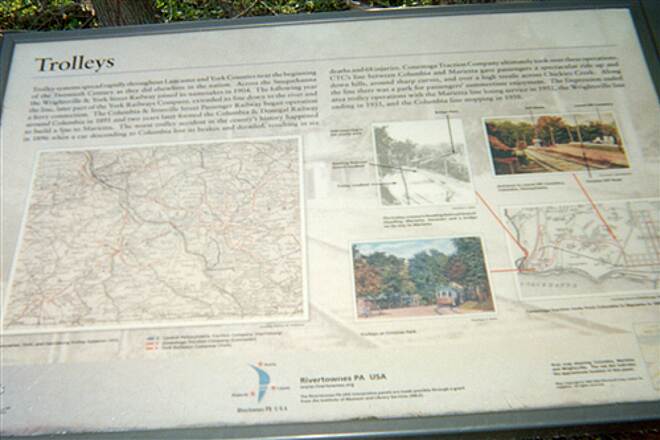 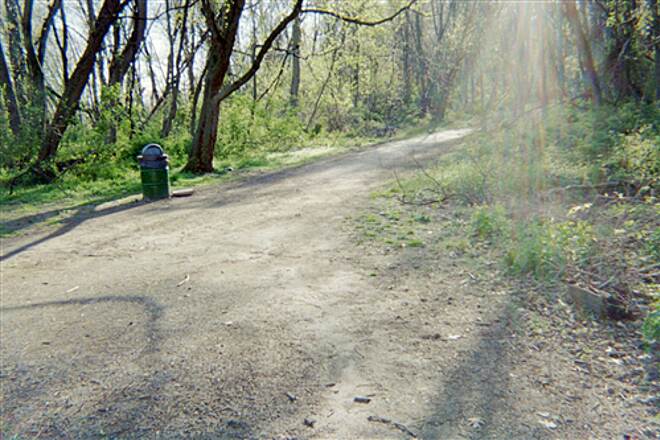 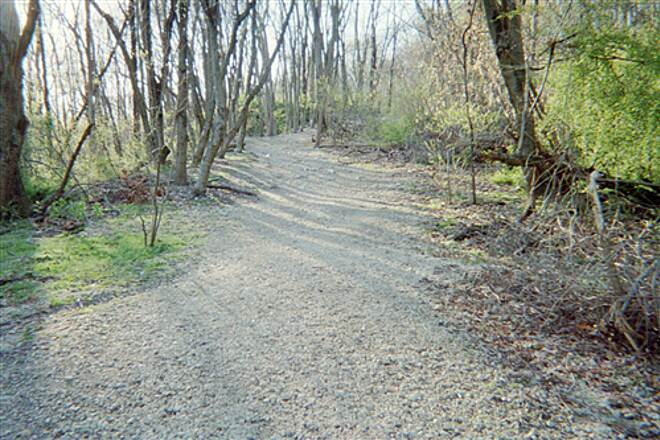 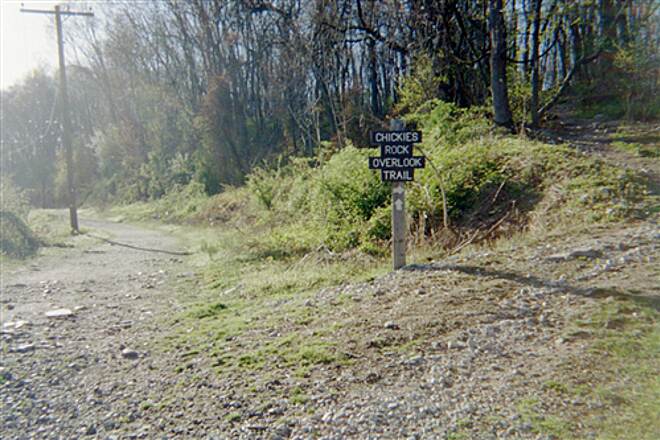 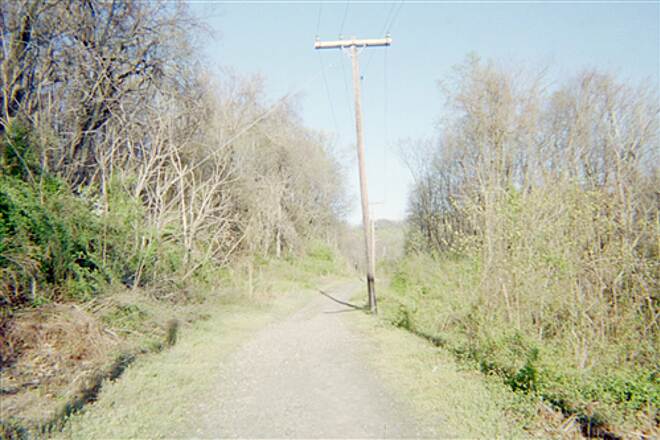 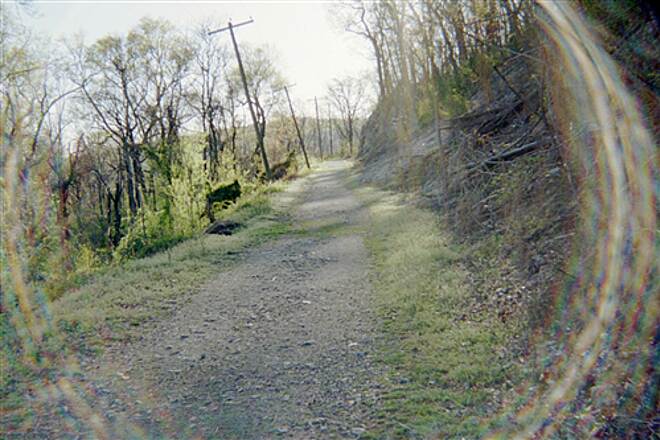 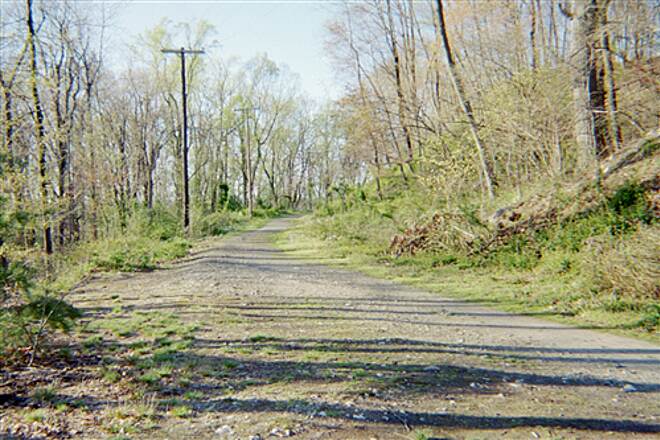 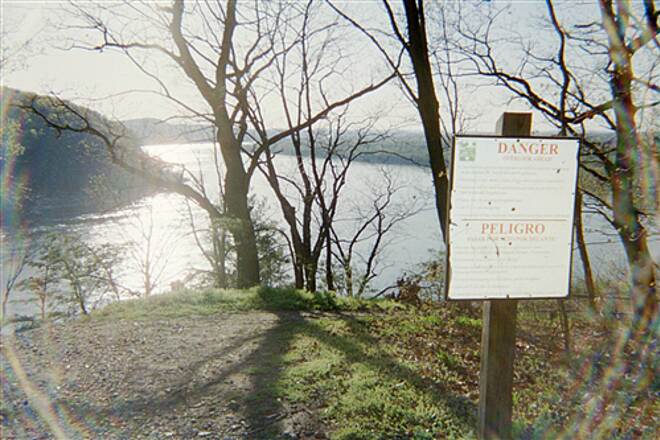 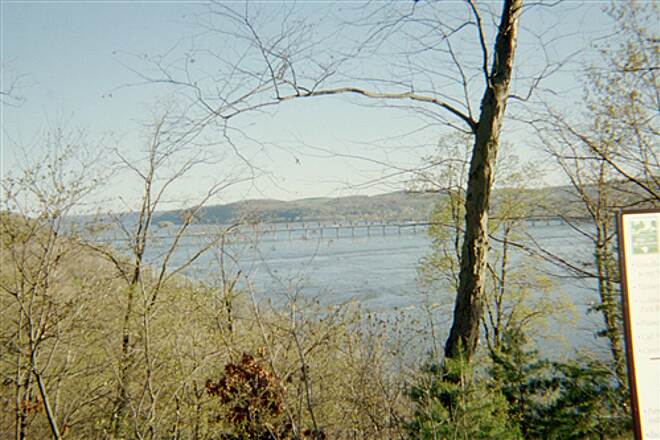 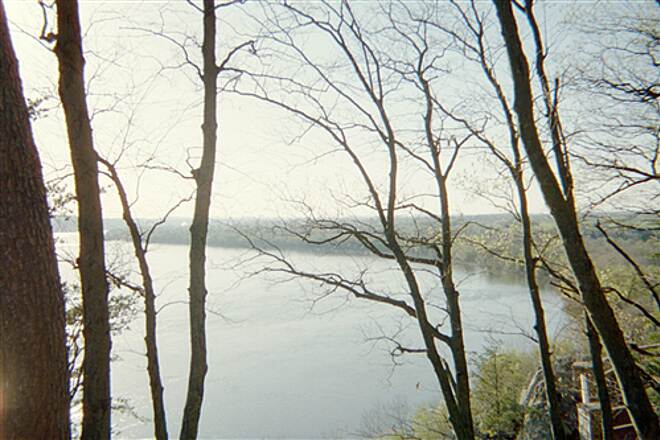 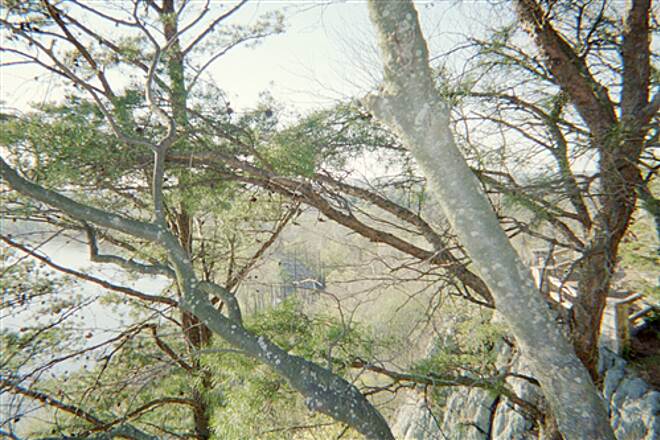 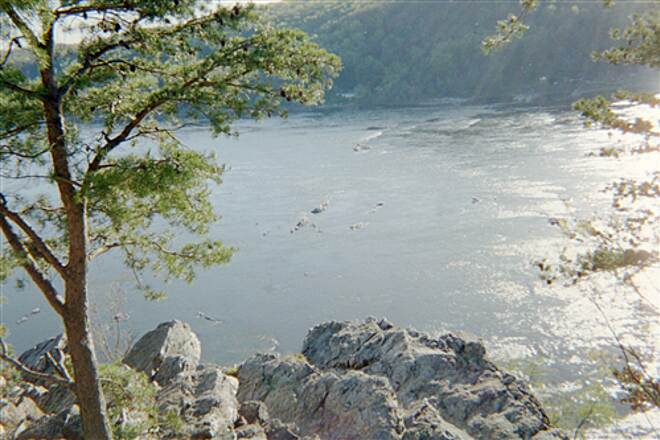 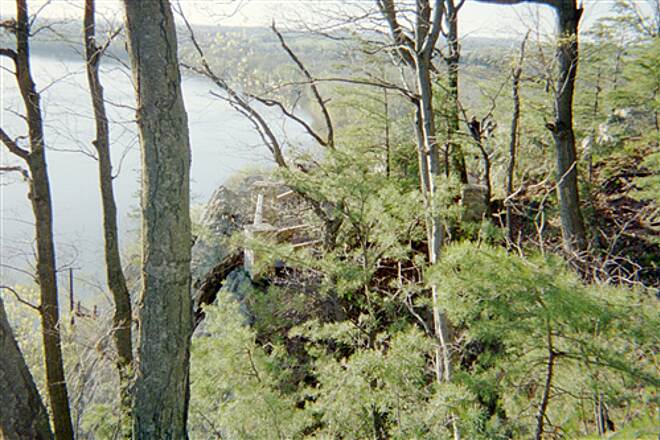 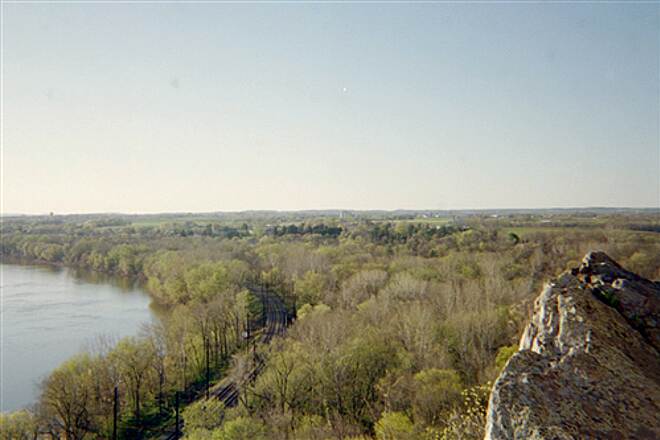 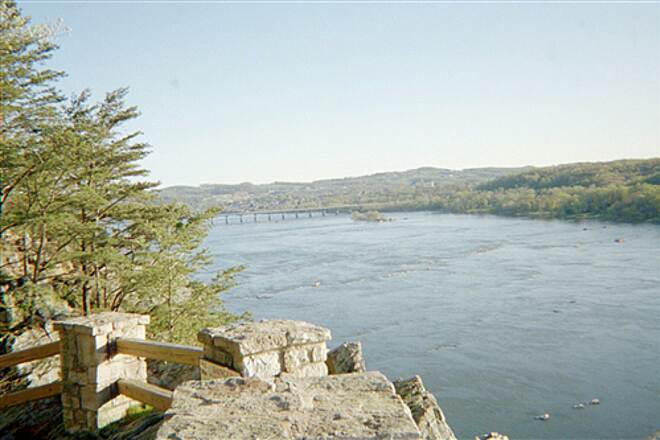 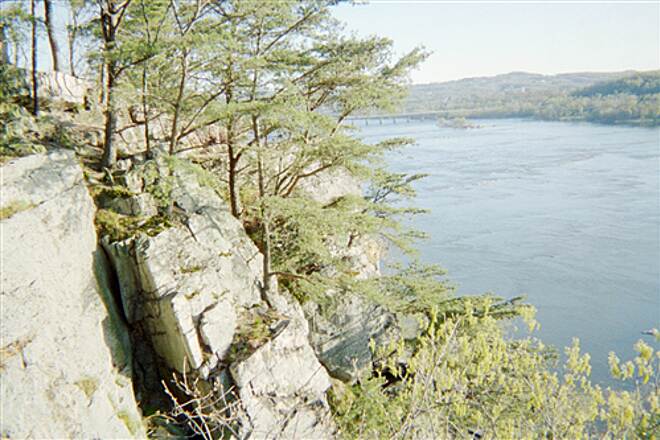 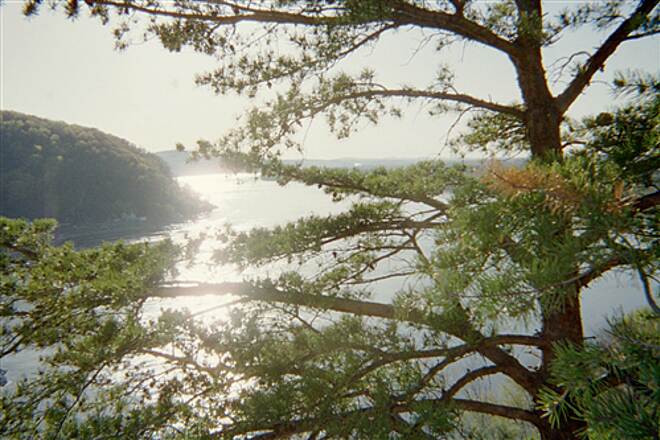 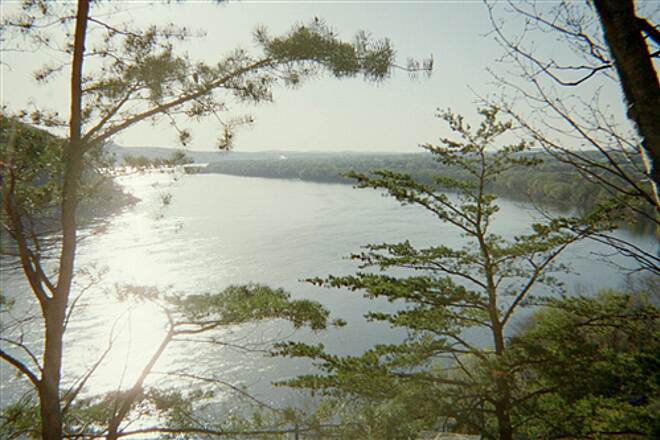 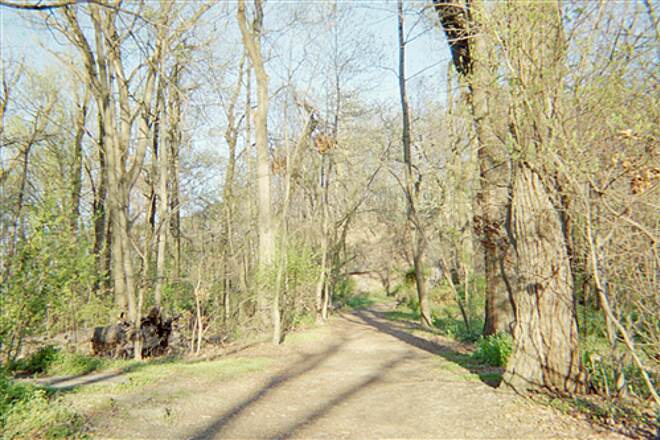 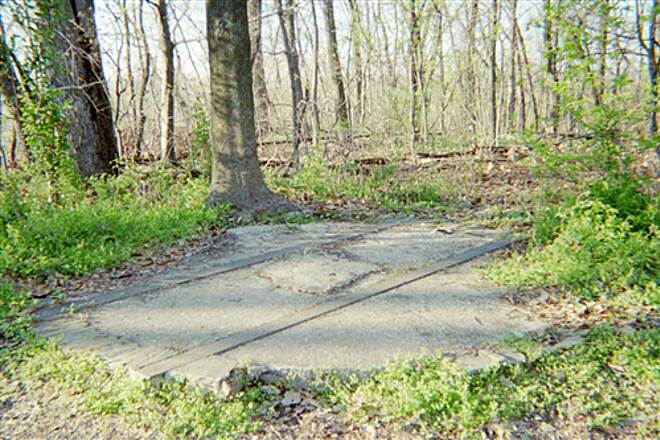 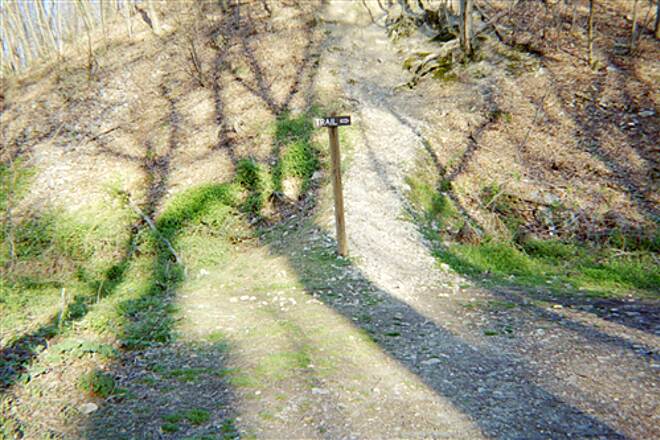 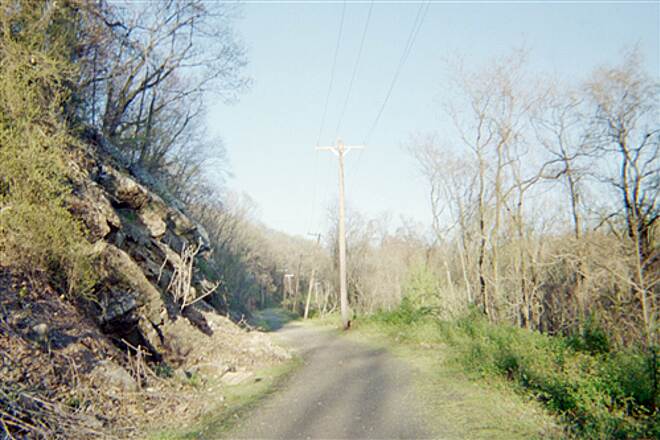 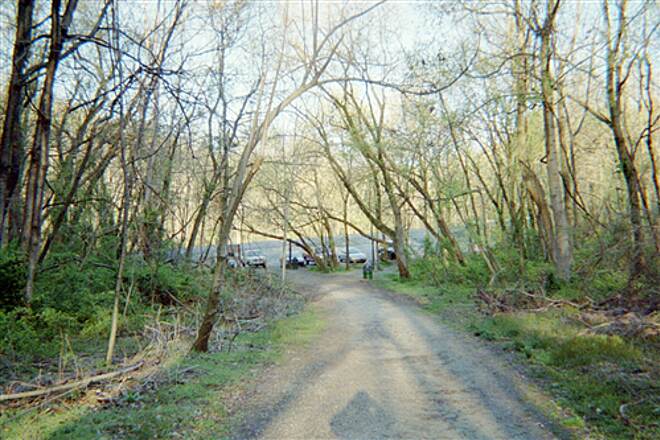 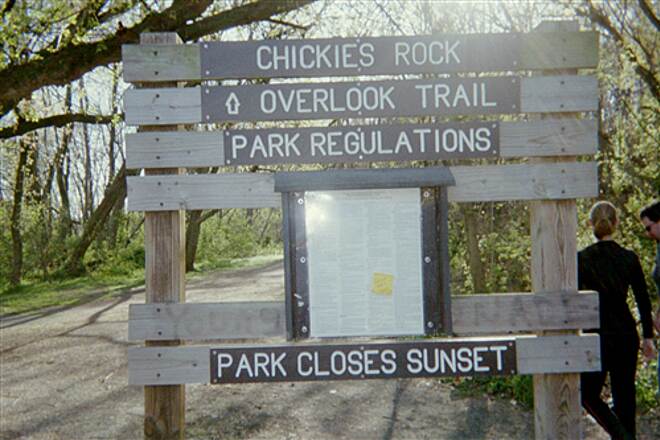 View Trail Map Send to App
As its name implies, hikers on the Chickies Rock Overlook Trail will be rewarded with a beautiful vista at the end of their excursion. The trail follows an old trolley line route that once took tourists up to Chickies Rock in the early 1900s.

Start at the trailhead on its eastern end (off Chickies Hill Road) and head west along the tree-lined pathway until your journey ends after a short distance at a cliff towering above the Susquehanna River. Enjoy the spectacular view of the river and, in the distance, rural landscapes and the surrounding communities of Marietta, Columbia, and Wrightsville.

A trailhead and parking lot is available on the east end of the trail, off Chickies Hill Road (Route 441).

Went here to work off a big meal at Texas Road House in Lancaster. Of course we hike in the upper trail. A little breath catching on a full stomach but good exercise. Some beautiful views of the Susquehanna River up and down stream. And the Northwest Lancaster County River Trail below. Will have to bring my bike down and ride that. Wife and son took the low road back while I took the steep shortcut to the high trail.

All About the View

I have hiked here many times with my family & dog. This is not a long trail, nor is it challenging, but I believe that just makes it all the better for the older folks. The real point of this trail is to take you to a magnificent view of the Susquehanna River.

Parked at the trial head on 441. It was Labor Day so it was busy. The parking lot had lots of litter along the edges. I didn't see any waste cans. The litter lessened as I got to midpoint of the short trail but it never completely disappeared. At the overlook lots of litter including a used diaper wadded up in some brown paper right on one of the stone posts at an overlook point, and some graffiti. I love hiking trails. I also love mankind, it's some of the people I can't stand.

The trail is short & really secluded. I suggest hiking boots as it is really rocky. At end of 1/2 mile trail is gorgeous view of Susquehanna river bend. There is a fence & today a teenage girl went over to get a picture disregarding numerous signs to stay behind fence.Lots of people have died falling off due to loose rocky base.Be smart because if they have to recover your body it's treacherous for emergency personnel.

Follow this short, dirt trail to a spectacular overlook

The Chickies Rock Overlook Trail is a short trail paved with a combination of dirt and rough stone that climbs the side of a prominent geological feature situated along the Susquehanna River between the towns of Columbia and Marietta in western Lancaster County. Although a significant portion of the trail follows the path of an old trolley line that once took tourists and picnickers up Chickies Rock in the early 20th century, a steep section just west of the trailhead off Route 441 and the rough surface make it unsuitable for bikes or other non-foot traffic. Nonetheless, the grading is suitable for beginner and amateur hikers, and users will rewarded by the spectacular vistas that await them at the trail's west end at Chickies Rock's massive cliff face. After a short, but steep climb over some outcroppings, users will come to safety rails where they will be treated to panoramic views of the Susquehanna River. On a clear day, you can see south to the Wright's Ferry and Veterans Memorial (Columbia-Wrightsville) bridges that span the river, the towns of Wrightsville and Columbia, and even further to Lauxmont Farms and the wind turbines in Turkey Hill. Looking north, meanwhile, you will see the town of Marietta, and the rolling, rural countryside of northwest Lancaster County. If you're lucky, you may even be able to literally look down on a freight train running along the Norfolk Southern Rail Lines that run along the base of the rock, and rock climbers scaling the sheer cliff faces are also a common site. More adventurous hikers can try out some of the smaller trails in the park, which floow much steeper routes, and the park is easily accessible from a large parking lot and trailhead off Route 441.

The popular Lancaster Junction Trail follows the former Reading and Columbia Railroad, which transported iron ore and coal from Reading to the...

Caution: On April 12, 2018, a fire severely damaged the Martic Forge Trestle, which runs over Pequea Creek and River Road on the Enola Low Grade...

The first section of the Elizabethtown Connector Trail officially opened in May 2015. Although just shy of a mile this trail provides such beautiful...

Actually a small network of multi-use trails, the Farmingdale Trail has recently been extended through The Crossings mixed-use development and now...

Heritage Rail Trail County Park (HRT), along with the connecting Torrey C. Brown Rail Trail that continues south through Maryland, are in...

Farms and pastures surround the Conewago Recreation Trail, but it was the discovery and mining of iron ore that led to the development of the railroad...

While the Lebanon Valley might be best known for its chocolate and distinctive bologna, iron ore is what put the region on the map in the 1700s. The...

Located in northern Manheim Township, the Brighton-Reidenbaugh Park Trail is a link in the suburban Lancaster County municipality's growing network of...

Constructed as part of the Belmont subdivision/Shoppers At Belmont mixed use development, the Belmont Trail is part of Manheim Township's growing...

Northwest Corridor Linear Park is a short paved pathway that winds its way among the city streets just northeast of the city square. The pathway...