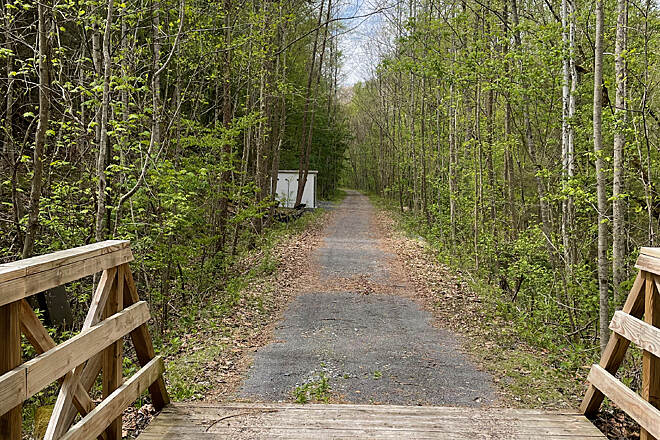 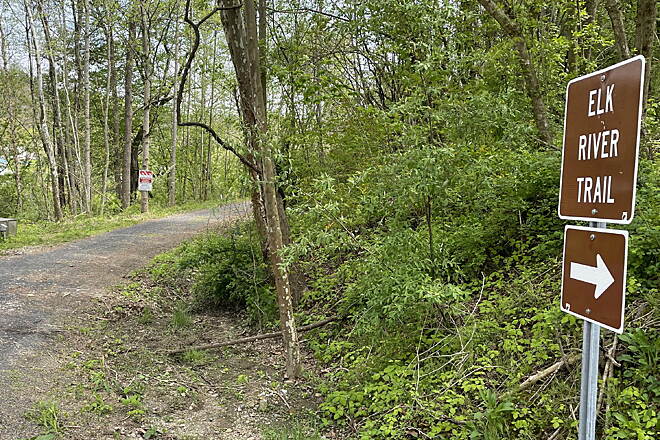 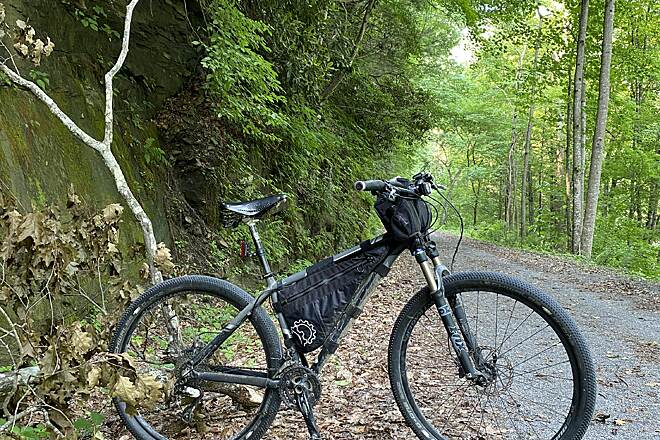 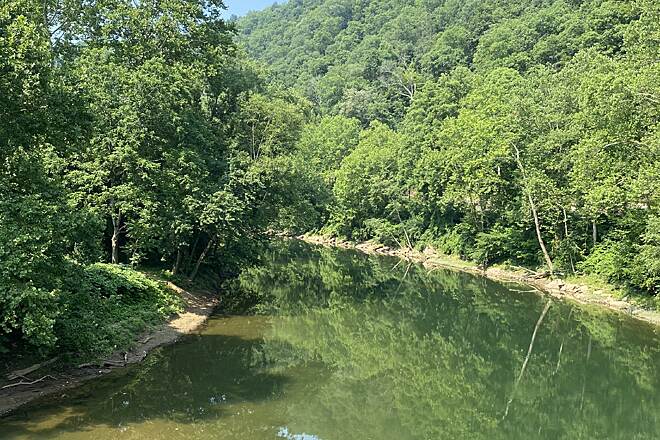 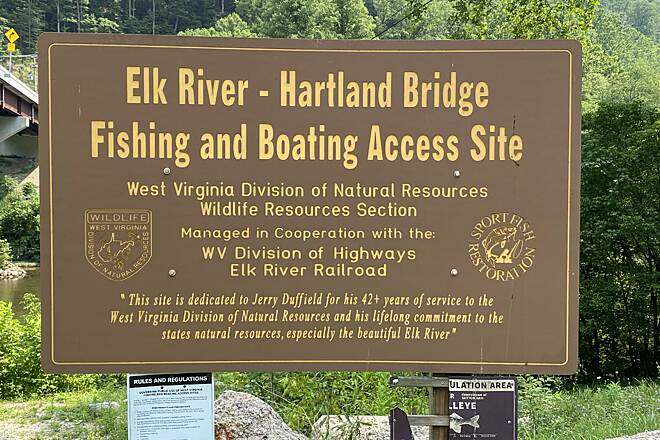 Clay County boasts nearly 30 miles of trail snaking along the Elk River. The crushed stone trail now starts further north in Frametown before it reaches Duck, where there is a trailhead which doubles as a river access point for kayaks and other water vessels. From Duck, it winds its way down through acres of woodlands along a former railroad bed. The approximately ten miles between Duck and Ivydale represents the first phase of the trail, which opened in summer of 2020. This segment was quickly followed by an extension through the county seat, Clay, to the Hartland Bridge, bringing the present total to 26 miles. The ultimate plan is to construct 54 miles of rail-trail along the river, stretching to Clendenin in neighboring Kanawha County, and work is already underway on the remaining sections of trail.

The Elk River Trail is open for use by walkers, hikers, runners, cyclists and horseback riders. E-bikes are also allowed, but only Class 1. There are exercise stations sited along the trail for an extra work out for trail users. While the trail runs alongside the Elk River for its entire length, views are largely obscured by dense tree cover.

We did a 39.1 mile ride on the Elk River Rail trail last Friday and it was decent. TrailLink states that the trail starts at Duck in the north but it is actually surfaced from Frametown to the north. We first checked the trail at Gassaway which the Elk River Trail Foundation Facebook page said it was open to. The surface from Gassaway to Frametown is pretty rough gravel so we skipped that part. We rode from Frametown to Ivydale and back. The trail is surfaced with fine packed limestone gravel and overall is decent. There are drainage issues that have created some small ruts at places but nothing terrible. All the bridges are nicely decked. The Elk River flows alongside the trail and is a pleasant, pretty river. As far as trailside amenities the only thing in this section are two new restrooms. There are no benches, pavilions or such. There is a small store at Duck that was open but we did not stop. At Ivydale we met a state park ranger who said the trail from Harland to Duck was now part of the state park system and they were working on upgrades and indicated benches would be part of that. He also said the trail would eventually extend through Gassaway up to somewhere around Burnsville. The ride was decent but I would not go out of my way to ride this trail - at least not yet. If you're in the area and want to ride, go for it. There's nothing else nearby. Hopefully, improvements will continue and this trail will only get better.

We just stopped for a quick ride from Duck to Groves Creek to check out the trail on our way to Elkins. We loved what we experienced on this end of the trail! I can only imagine how gorgeous it will be in 3-4 weeks when the leaves change! We will be back to do a much longer ride! It’s a new trail so not much signage or amenities but I am sure that is planned in the future. Oh and lots of parking places at Duck and it’s a quick trip off of I-79!