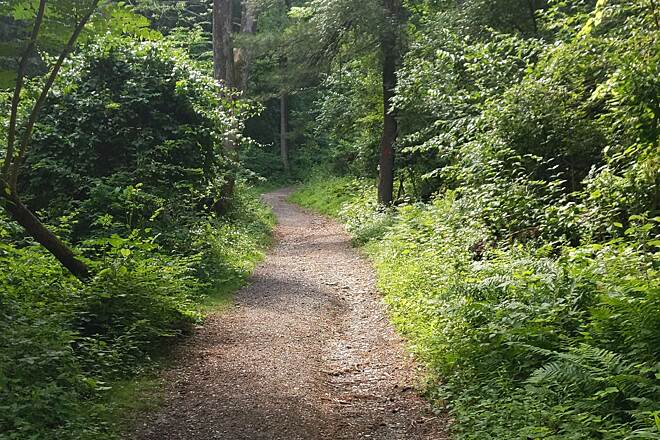 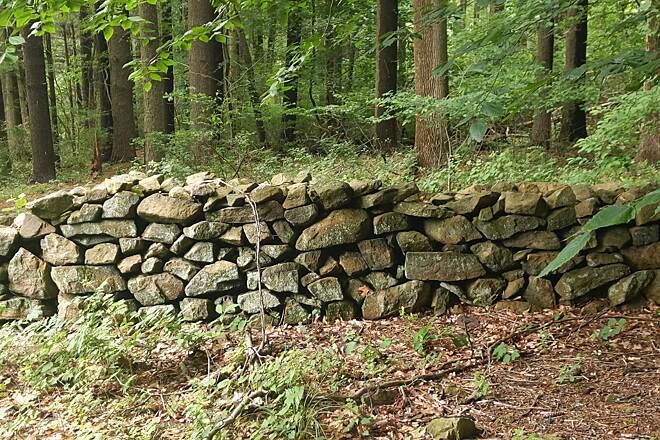 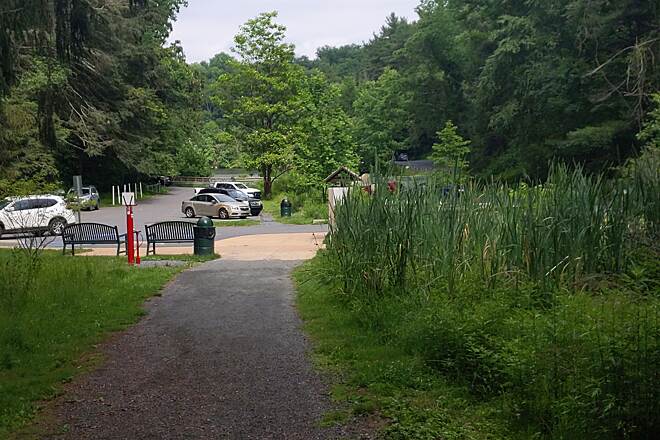 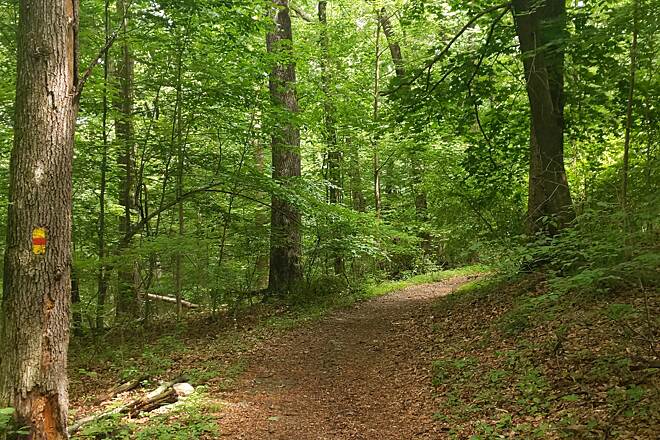 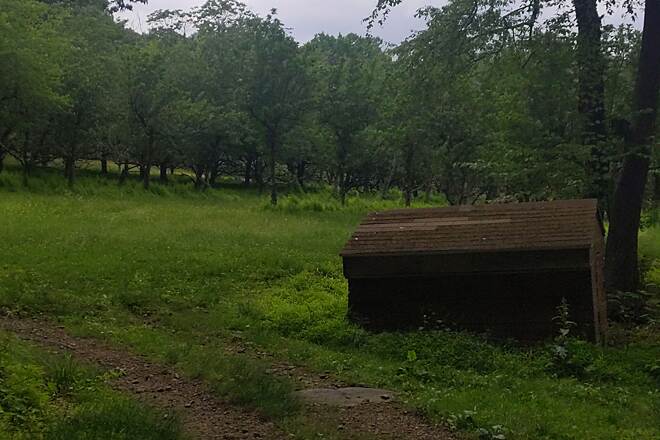 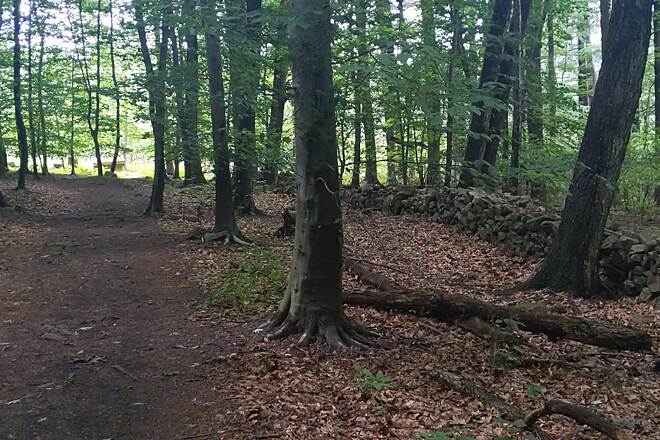 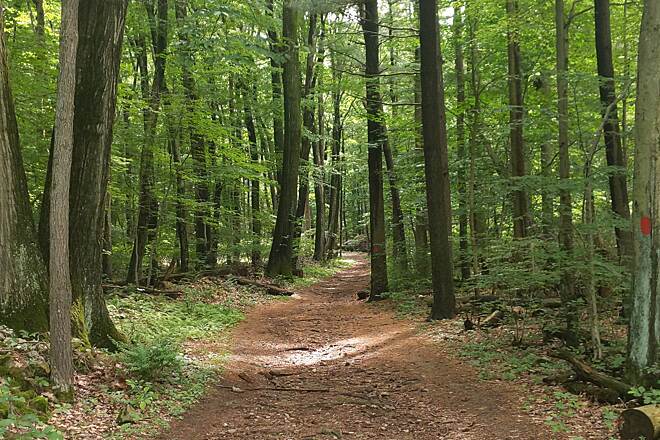 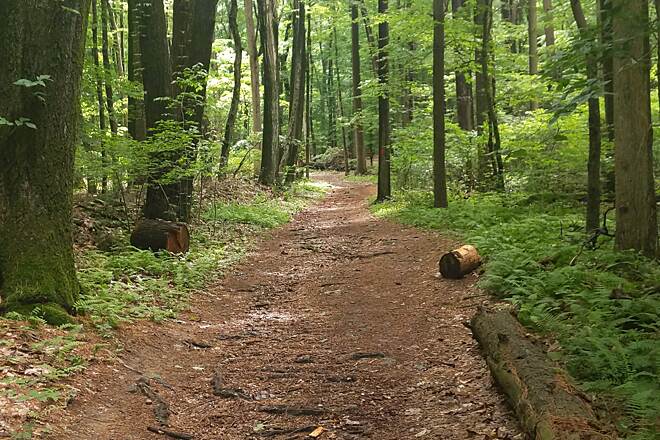 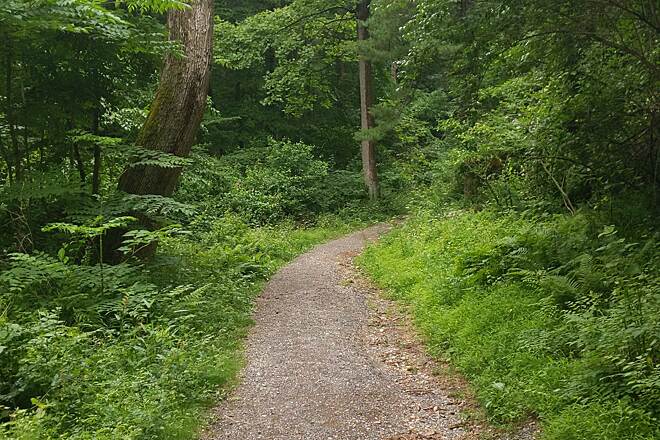 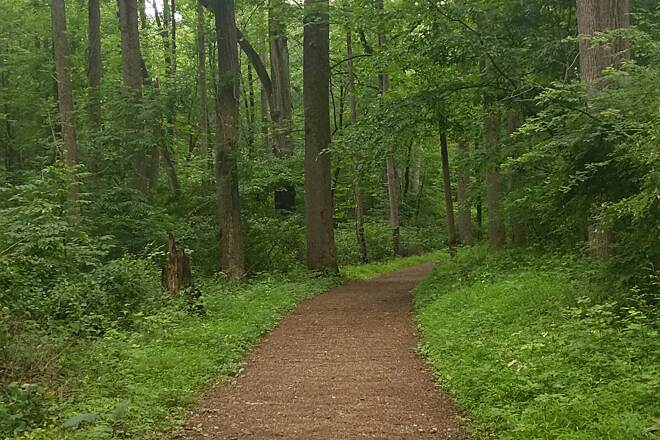 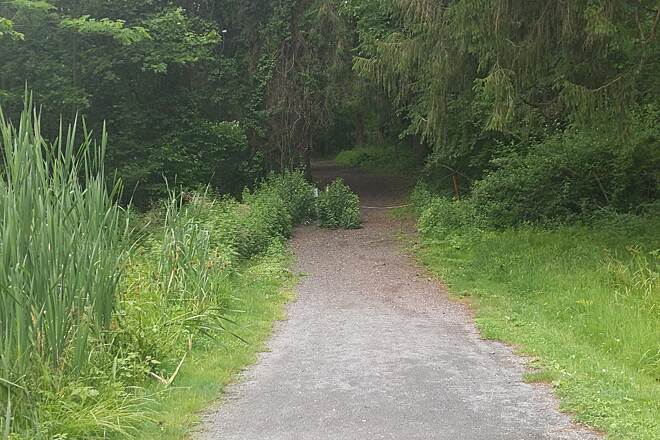 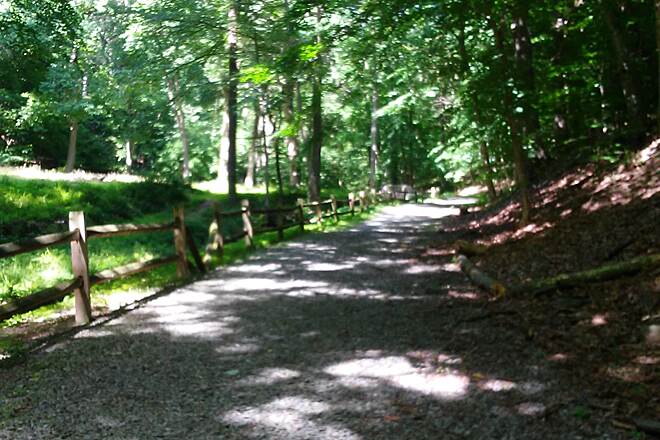 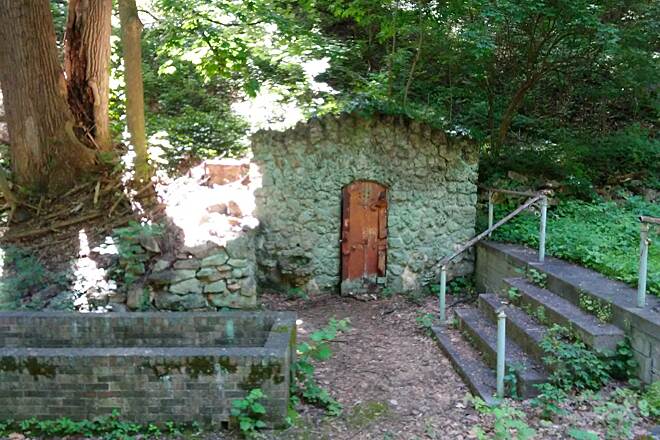 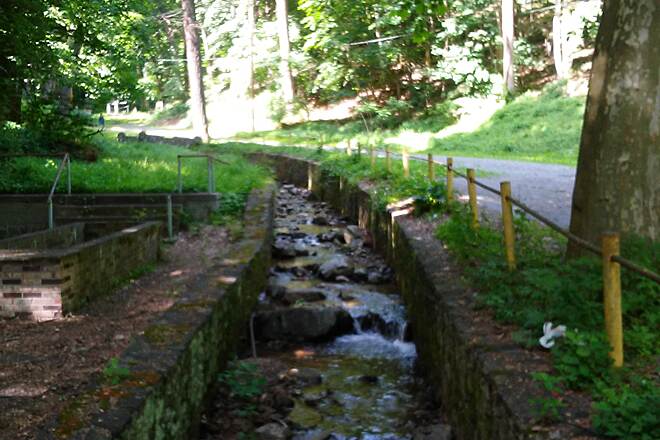 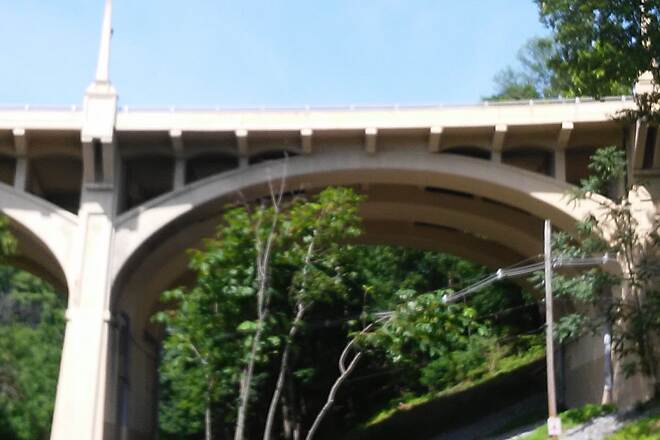 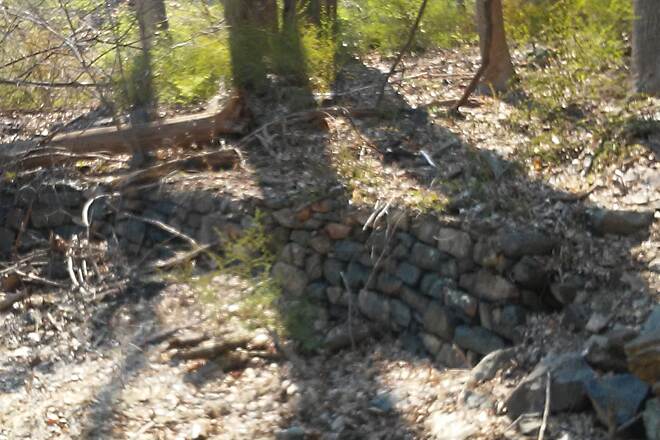 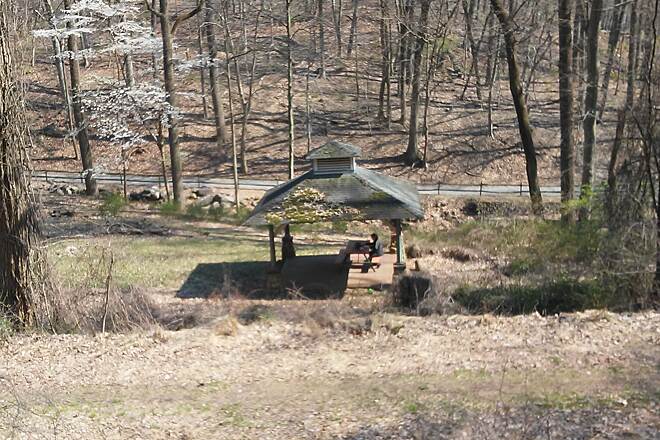 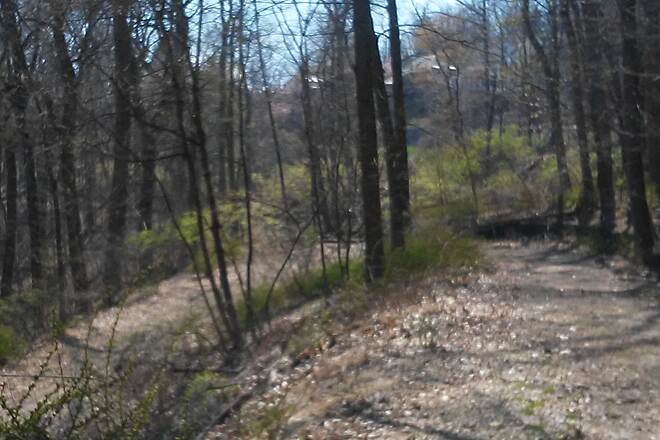 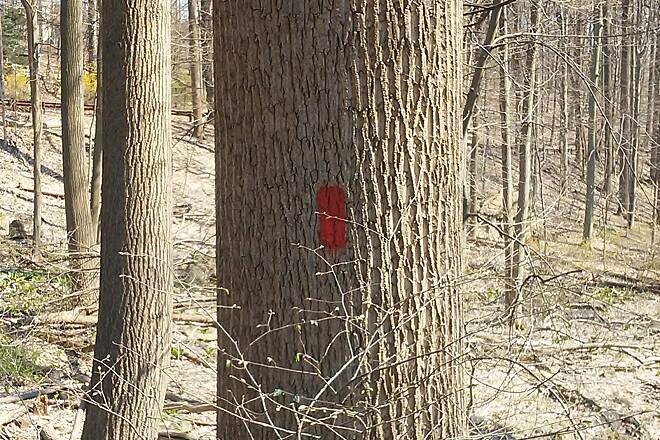 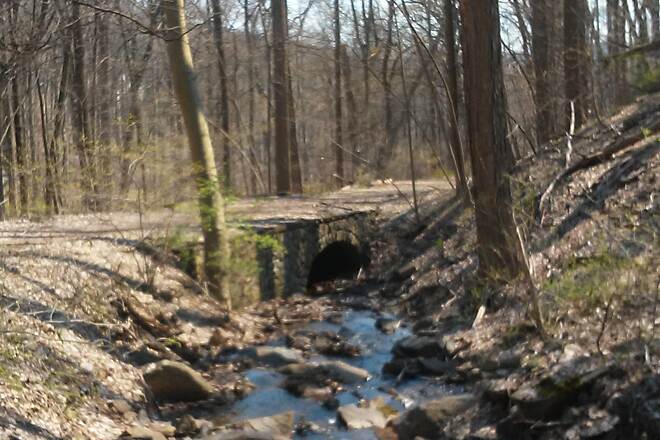 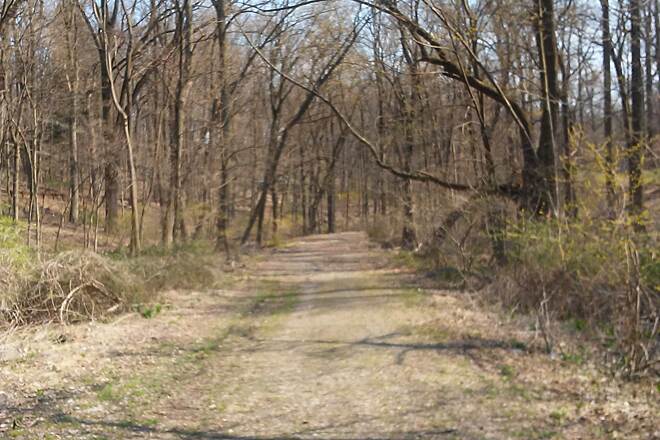 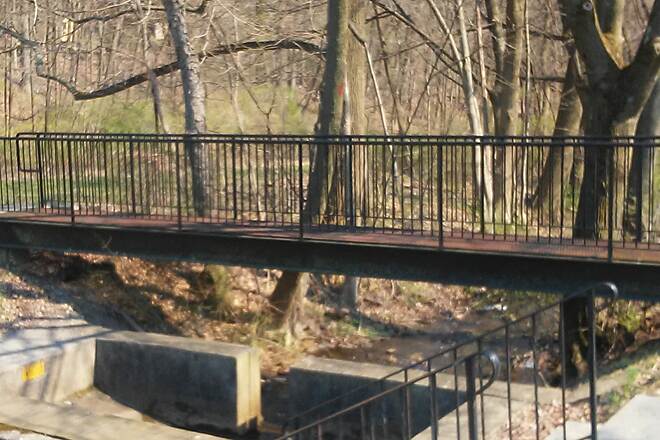 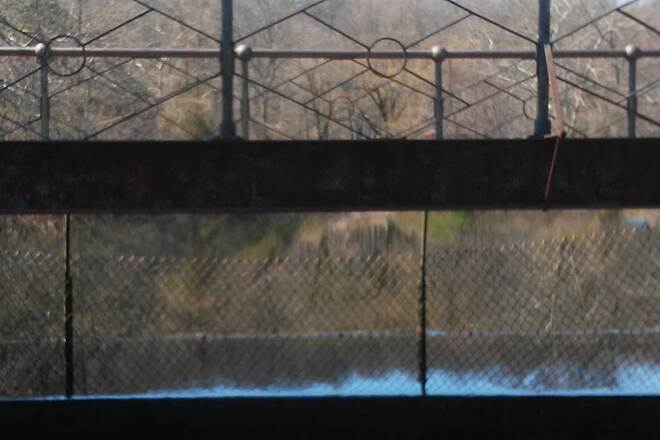 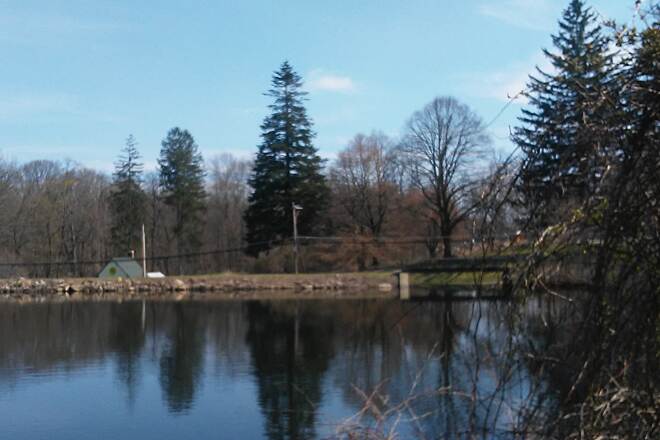 Constructed in 2012, the Gravity Trail is one of the newer additions to the extensive network of trails and greenways that criss-cross the Greater Reading metro area.

The trail's unusual name comes from the fact that it follows the route of the Gravity Railroad, which connected the east end of Reading to several parks and resorts that flourished on and near Mount Penn between 1889 and 1923. As its name indicates, the trains on this line were partly propelled by gravity as they traveled down the mountain. Unfortunately, the popularization of the automobile and the decline in popularity of the resorts due to Prohibition led to the closure and dismantling of the railroad in 1923.

Despite sitting unused for nearly a century, much of the old railroad grade, including several stone culverts that carried it over creeks, remained intact and several of the parks along the route have been revitalized. The trail officially extends from an entrance to the Neversink Mountain Preserve off S. 17th Street in Reading, north through Reading's east side neighborhoods, under the Lindberg Viaduct, to Pendora Park. It then enters the woods and passes through Mineral Springs, Egelman's, and Rotary parks, as well as part of the Mount Penn Preserve, before ending off Angora Road in Antietam Lake County Park. However, the southernmost segment, from S. 17th Street to Pendora Park just south of the Lindberg Viaduct, is little more than a signed route along city streets. The true, offroad segment of the trail begins in Pendora Park.

Unusual for a rail trail, the Gravity Trail has pronounced inclines and a few steep slopes. Some segments have a firm, gravel or crushed stone surface, while others are loose ballast or even grass and can get muddy after rain. For this reason, it is better suited to mountain bikers or serious hikers, though the breathtaking scenery and some historical features make the Gravity Trail worth checking out.

Parking is available at the northern terminus off Angora Road at Antietam Lake State Park, at Egelman's Park and two trailheads in Pendora Park.

I would not bike here again.

Yesterday I went on this trail on my full suspension E bike. I discovered my bike was capable. I, on the other hand, am perhaps not capable.After recent storms the steep sections of this trail are washed out and very rough. I think I will stick to rail trails in the future.