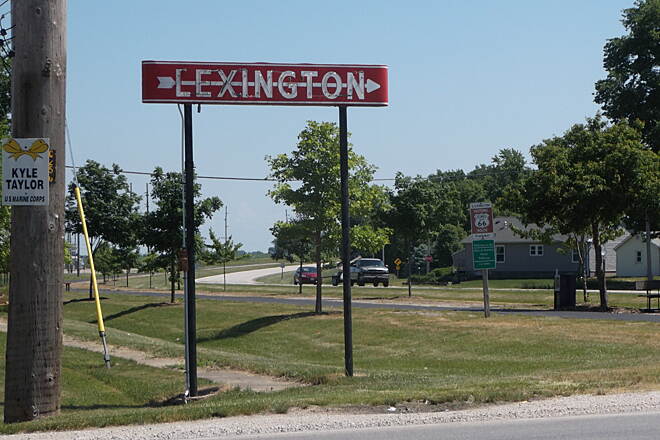 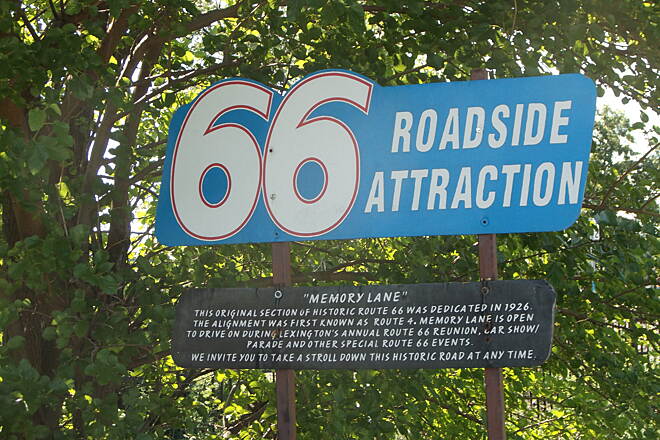 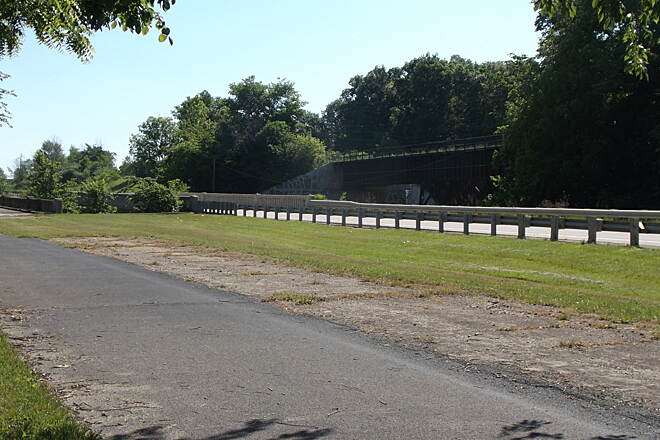 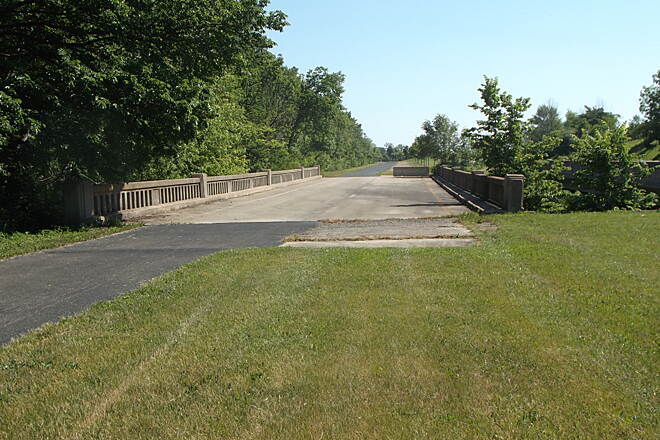 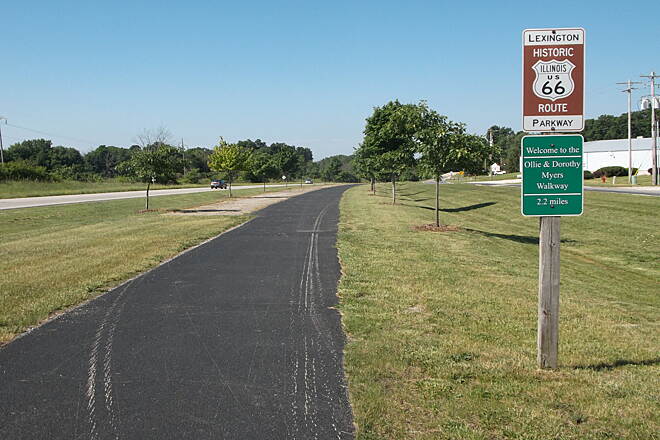 One cannot travel this trail today without remembering the iconic highway on which it is built. The city of Lexington saw two alignments of Route 66. The earliest, which served from 1921-1944, went directly through town on city streets and can be traveled yet today by following signage painted on the roadway. To the north, it begins at the present Route 66 highway and travels along Parade Road, which is also celebrated as Memory Lane. Then it continues on Wall Street and Grove Street, finally ending to the south right back at the Route 66 highway.

During the middle years of World War II, the second Route 66 alignment was built as a four-lane, divided highway to bypass the city on the west side, and it served until Route 66 was decommissioned in 1977. The original north-bound lanes of this alignment then continued to serve highway traffic—now designated “Historic U.S. 66”—and the south-bound lanes were abandoned. It is over these abandoned lanes that this multi-use trail was later built, as are other Route 66 trail segments in northeast McLean County.

All along the trail, there are reminders of the highway’s storied past.

The trail, which is also known locally as the Ollie & Dorothy Myers Walkway after a pair of notable community leaders, is entirely flat, except for gentle slopes down to this one bridge crossing. And it’s quite smooth, except for minor bumps where the underlying concrete highway has buckled and pushed up slightly. Adjacent to the designated parking area, there is a pavilion with water fountain, bench, picnic table and bike service station.

At its southern terminus, S. Grove Street crosses Historic U.S. 66 and the trail. There, next to the trail way station, is a small parking area for trail use. From W. Main Street in Lexington, turn south onto Historic Route 66 and proceed 0.4 mile to the intersection with S. Grove Street. Turn right onto S. Grove Street, then right again onto S. Spencer Street. The parking area is immediately on the right.

A Great Way to see the Mother Road

Lexington has done a great job holding onto its Route 66 charm! It’s small town Midwest Americana at its best! The day we were there to ride the trail, we had a great lunch at Kelly’s on 66, where we talked history with the owner and admired all the highway memorabilia from yesteryear. We were going to drive through downtown on Main Street, but found it blocked off and filled with a Homecoming Carnival. I didn’t know small towns even had these anymore! We’ll be going back again – for trail and town. Looks like there’s lots of Lexington events related to the Mother Road.