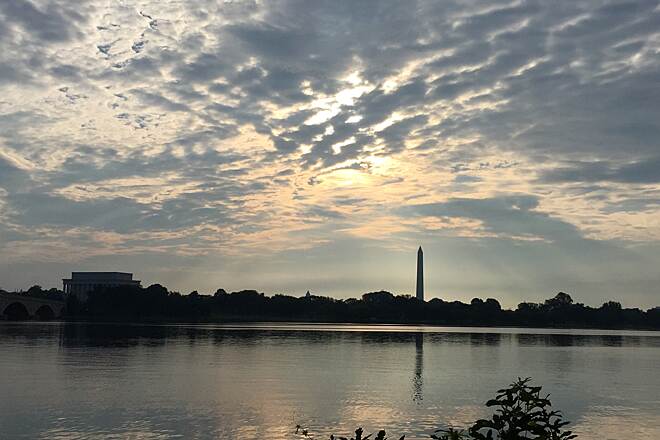 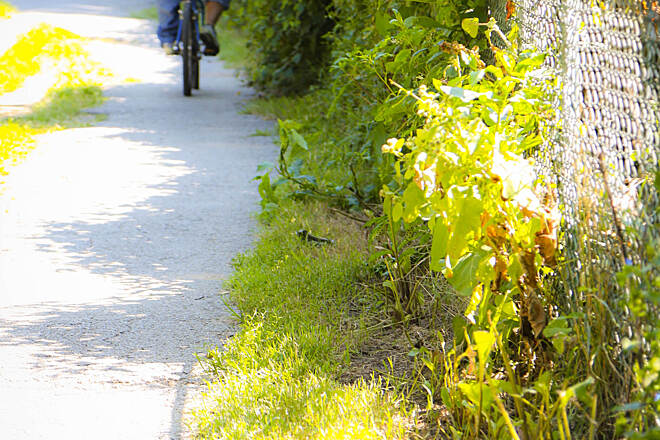 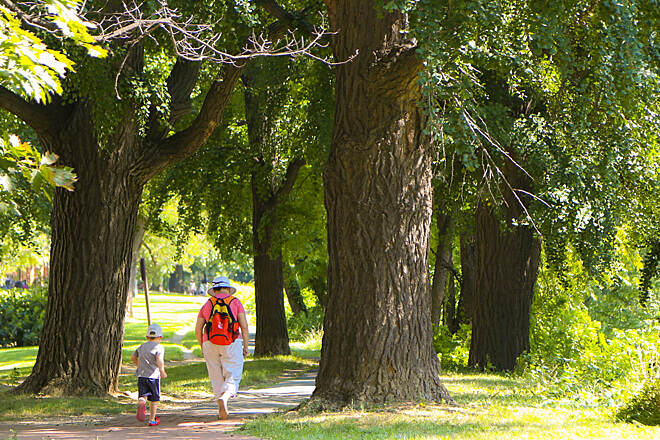 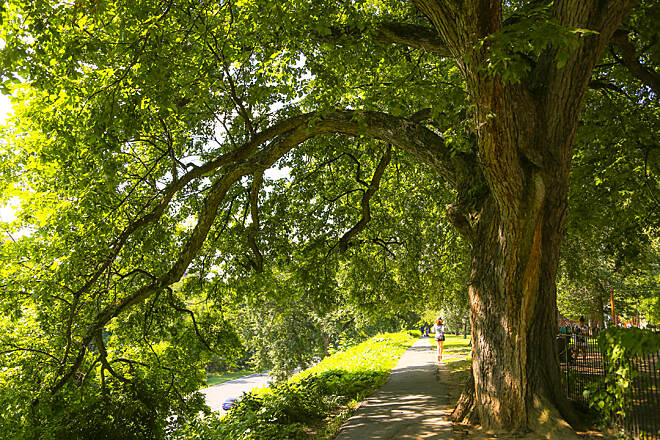 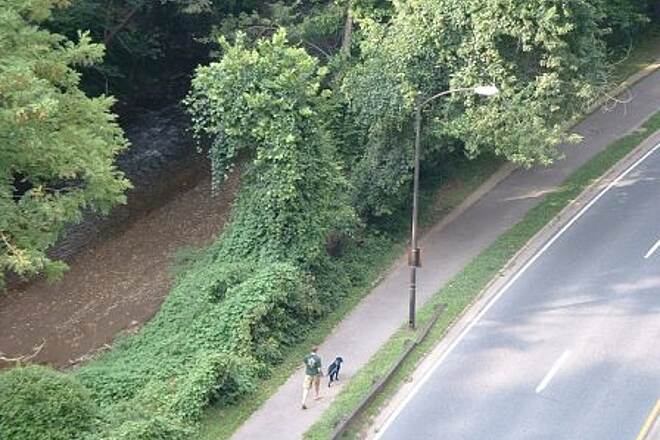 Closure Notice: The District Department of Transportation and the National Park Service are working on a construction project that began in March 2021 and will affect much of the southern segment of the trail (between M Street and Broad Branch Road NW) until the project’s estimated completion in spring 2023. During this time, sections of the trail may be subject to closures and/or detours; please check the official project site for the latest information.

Located in the northwestern neighborhoods of Washington, D.C., Rock Creek Park serves as a lush natural oasis spanning more than 1,700 acres in the bustling heart of the nation’s capital. Established in 1890, it has the distinction of being the oldest and largest urban park in the national-park system. The park offers a variety of trails, consisting of a mix of dirt-surfaced paths for hikers, runners, and equestrians, as well as paved paths for bicyclists, wheelchair users, inline skaters, and walkers. We’ll focus this excursion on two paved, multiuse trail sections within the park.

For a quick sampler of the park experience (3.2 miles of traveling), begin at the Rock Creek Park Nature Center and Planetarium—the only planetarium in the national-­park system. Open Wednesday–Sunday, 9 a.m.–5 p.m., the center offers educational exhibits and a bird observation deck and has access to plentiful parking, restrooms, and drinking water. (Equestrians, take note: The nature center is just north of the park’s Horse Center, which offers trail rides and riding lessons.) Pick up the paved trail just west of the nature center, and head north.

In a mere 0.1 mile, you’ll cross Military Road Northwest; although it’s a major thoroughfare, there are walking signals and a well-marked cross-walk. Continuing north, you’ll be paralleling Oregon Avenue Northwest through a residential area, pleasantly separated from the roadway by a row of trees. In 0.7 mile, you’ll reach Bingham Drive Northwest. From here, you can either continue north another 0.7 mile—almost to the Maryland border—under shady tree canopy to trail’s end at the intersection of Oregon Avenue and Chestnut Street/Wise Road, crossing pretty Pinehurst Branch about halfway up, or turn right at Bingham Drive Northwest—staying on the pathway paralleling the north side of the road—to loop back to your starting point at the nature center.

If you choose the loop, you’ll parallel Bingham Drive Northwest heading east for 0.3 mile before reaching a T-junction with Beach Drive Northwest. Turn right, and parallel Beach Drive as you head south. You’ll soon pass a large parking lot at Picnic Grove 7. In another 0.3 mile, you’ll see Joaquin Miller Cabin, a 19th-­century log cabin built by the noted American poet. Restrooms are available across Beach Drive from the cabin, and Picnic Grove 6 is 500 feet south. Shortly thereafter, you’ll reach the underpass for Military Road Northwest; stay on the paved path and follow signs for the nature center, which is less than a mile farther on. The route back will take you over Rock Creek on the Joyce Road bridge and under Military Road a second time. Note that the route from Military Road back to the nature center has a steep grade.

For another fun adventure in the park, begin at Peirce Mill, a still-­operational gristmill from the 1820s, and head south 4.6 miles to the vibrant Georgetown neighborhood. From the Peirce Mill visitor center (open limited hours, primarily on weekends), the trail meanders south through the park’s woodlands and along Rock Creek, the park’s name-sake. In 1.3 miles, you’ll reach the entrance to the Smithsonian’s National Zoo; this free attraction is home to 1,500 animals and is definitely worth a side trip. South of the zoo, you’ll have an iconic view of two historical bridges arching overhead: the William Howard Taft Bridge (Connecticut Avenue) and the Charles C. Glover Memorial Bridge (Massachusetts Avenue). Use caution at the Shoreham Drive crosswalk between the two bridges as it’s unsignaled. Winding southward, you’ll have roadway on one side and lush parkland on the other.

Just after the Pennsylvania Avenue underpass, don’t miss the opportunity to connect to the epic Chesapeake & Ohio Canal Towpath, which follows a northwest course 184.5 miles to Cumberland, Maryland. Look for the narrow brick pathway heading west along the C&O Canal. A scant 0.1 mile farther south, you’ll head under the Whitehurst Freeway; nearby, you can hop on the Capital Crescent Trail, which heads north to Bethesda and Silver Spring. All three trails are part of the developing 800-mile Capital Trails Coalition network, a Rails-to-Trails Conservancy TrailNation project that aims to connect the greater Washington, D.C., metropolitan area.

The trail ends less than a mile farther south, a short distance from the Lincoln Memorial and the National Mall. This final tip of the trail is part of Rails-to-Trails Conservancy’s Great American Rail-Trail, which spans the United States between Washington, D.C., and Washington State.

Parking is available at the Rock Creek Park Nature Center and Planetarium (5200 Glover Road NW), by the park's Pierce Mill historical site (2401 Tilden St. NW), and at a few Picnic Groves along Beach Dr NW. Note that parking for the mill is available on the south side of Tilden St off Shoemaker St NW. There are additional other access points and parking areas along the route; refer to the map for more details. For additional options including arrival by bus or transit, visit the National Park Service website.

Wait for the weekends

Much better over the weekend when you go on beach drive with new pavement!

I'm new to this app. It looks good but only shows nearby parking. How about those who can only come to bike trail via train or bus. Maybe useful to have nearest metro stops. ( or the number bus that runs by, though maybe that would be more difficult ). At least nearest metro would be helpful. Thanks.

Not for the road cyclist

I guess I can't really say that this is a bad trail, because it isn't. But if you are a road cyclist riding on slicks and hoping for any kind of smooth or speedy ride you probably don't want to use this trail. I found the trail too uneven with too many low spots that are filled with sand/dirt/mud to really get comfortable riding it. It just isn't made for that. Ultimately I jumped on the parkway that the path parallels and was much more comfortable (no bike lane, but speed limits are 25-35 so it is not uber crazy). I was on the road early - 0630 - so YMMV.

All that being said, if you are casually riding, maybe using a mountain bike or hybrid, and not looking for great speeds then this trail should fit your needs just fine.

On a very positive note: the path itself is a great way to get from the northern DC neighborhoods right to the heart of DC. It would be a great path to take in to see the monuments and the Mall.

Nice Park near the City

Some of the signage needs updating but the trail is great. Bikers need to share the trail with hikers. The surface is a little uneven but passable. The angles of rise and fall are minor and the conditions are good.

Out for a Sunday Ride

We rode up from Georgetown to Silver Springs on the Crescent Trail and took this one back to Georgetown. Around Silver Springs area the signage was a little confusing and a couple other sections of the trail, but once on the trail it was wonderful. They shut down the park for the weekend to car so you have the road to yourself and all the other bicyclist. Wonderful views and plenty of photo opportunities. When we got back in DC we took the Pennsylvania Avenue back into Georgetown where we had lunch. Look forward to the next adventure in DC on one of the many other trails available.

I Am not a big fan of urban trails but if you are in the D.C. area put this on your bucket list as it is a great system of trails. On a weekends you can expect to run into lots of Bikers some of them are going way to fast for me. This is a Greenway so there are a few grades to it. Lots of canopy and is family friendly.

This trail is a must if you live in the city or visiting the city since Rock Creek park runs straight through the city so you avoid all that city traffic and ride through the park instead. The trail terminates at the Potomac near the Watergate and from there you can go anywhere, go north under the Whitehurst freeway and go on the Canal path or go south along the fish market and Marina. or cross the Memorial Bridge to go to Mt Vernon with its wooden bridges and stop at the sailing marina for a snack or meal with a view or go north to rosevelt island. On the Va side after crossing the memorial bridge you can go south and after you pass the national airport you can go west to fairfax, or you can keep going south and enjoy the lovely waterfront and the waterfront park in old town. Another enjoyable ride is to go south along the Potomac DC side after the Rock Creek trail terminates at the Potomac and when you come to the Lincoln memorial head east and visit the mall area especially the park in front of the Federal Reserve building and the 3 gardens behind the Smithsonian castle and if in Spring keep going east and up the hill when the Capital grounds are in bloom.

"I like this trail because it is near my house and I don't need to travel by car to get to it. It's good because I can run straight to the Lincoln Memorial. Also, it goes past the zoo and I can stop in there and take a peek. Running near the water is also nice. Be careful though because there are some wooded areas that are probably not safe in the evenings. Other than that, I really like this trail for running." 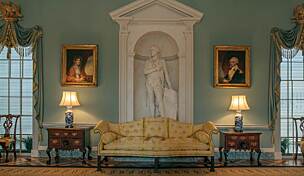 In these 42 rooms, members of the U.S. Department of State meet with diplomats, entertain foreign leaders and engage in other activities of... 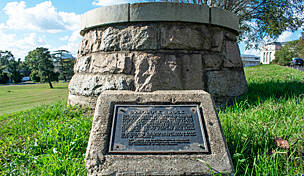 Named because British General Edward Braddock’s expedition up to Pittsburgh, where he was roundly defeated at Fort Duquesne, purportedly launched from... 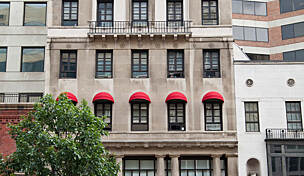 For 60 years, this six-story Georgian-revival building at 1147 Connecticut Ave. was the home of the Elizabeth Arden Red Door Salon—the place where...