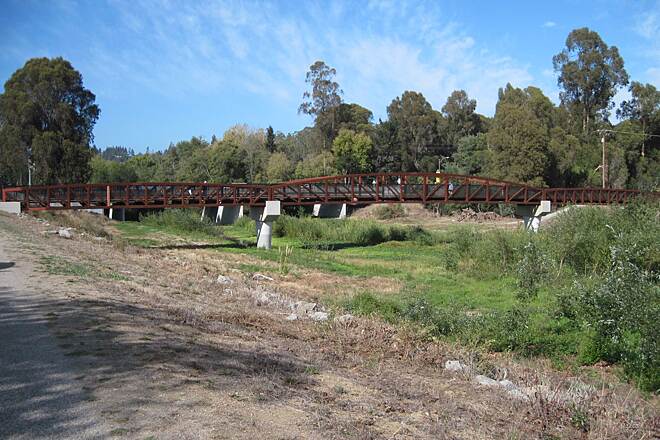 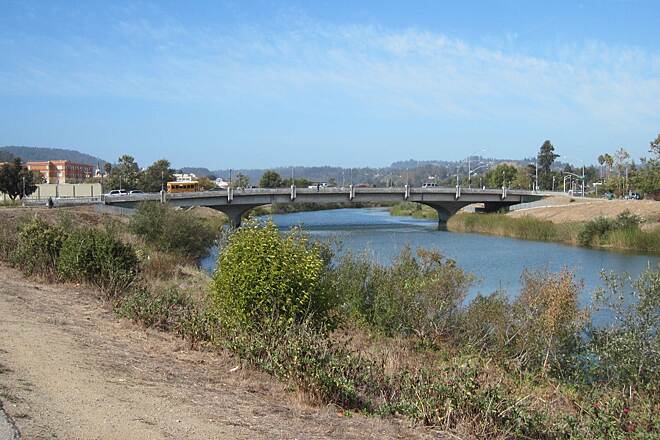 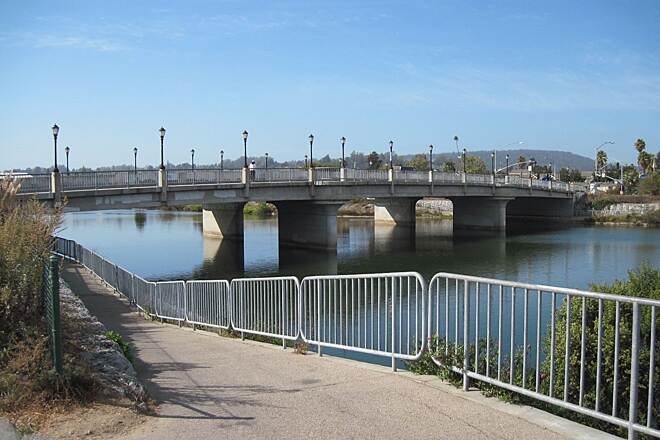 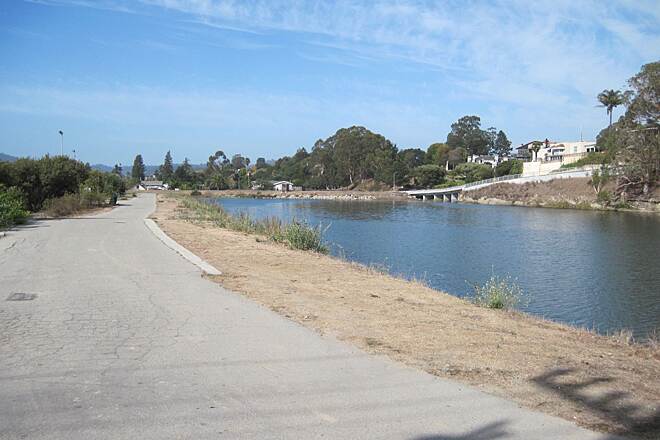 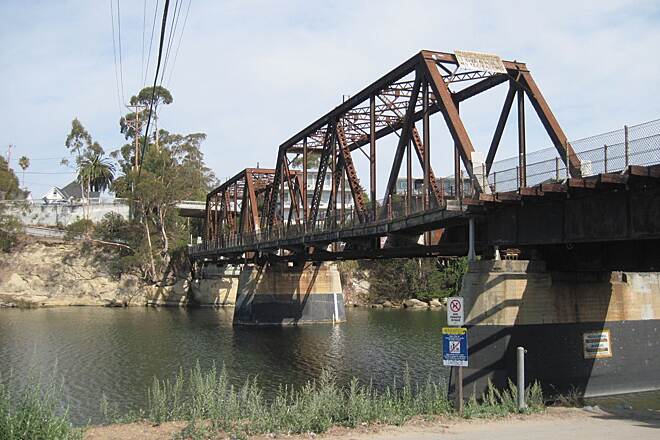 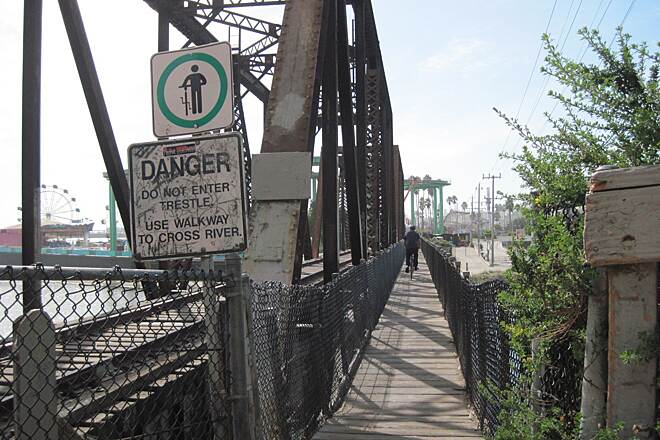 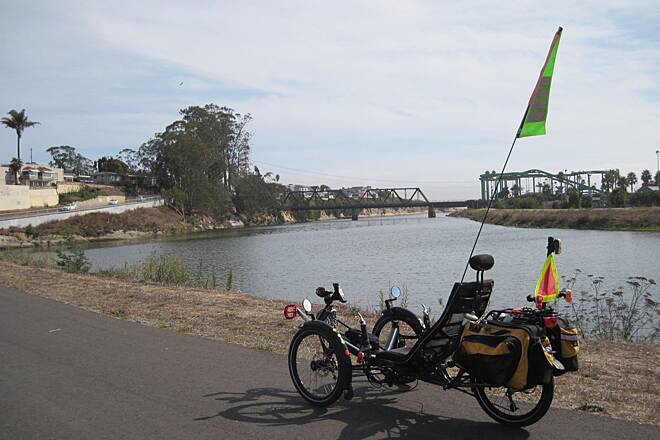 The Santa Cruz Riverwalk Trail follows both sides of the river through downtown Santa Cruz, a California beach town on the shores of Monterey Bay. Multiple pedestrian bridges allow easy access to the amenities along either bank. The San Lorenzo Trestle bike-ped bridge was widened from 4 to 10 ft in 2019, and is considered the first segment of the Coastal Rail Trail in Santa Cruz County, which will someday run 32 miles from Davenport to Watsonville.

A highlight of the route is Santa Cruz Riverwalk, a pleasant place to picnic and watch ducks on the pond. A playground and restrooms can also be found here. A little farther south, you'll arrive at a small neighborhood park called Mimi de Marta.

At the end of the trail on the western side, you can also connect to the popular seaside amusement park called the Santa Cruz Beach Boardwalk, which in turn merges into the West Cliff Drive Bicycle Path on its opposite end. Cyclists are required to dismount their bicycles on the boardwalk.

On the east side of the river, street parking is available on Dakota Avenue adjacent to Santa Cruz Riverwalk. A small lot is also available at Mimi de Marta Park (119 Broadway).

Only rode a short distance of this trail from Trader Joe’s parking lot down to the West Cliff Drive Bicycle Path. Some traffic on this trail but not as much as the West Cliff path. Path condition was fine, not a real wide path but ok. A number of homeless folks hanging out on and along the path. Was panhandled while in Trader Joe’s parking lot. At no time did we feel uncomfortable with environment, just unfortunate.

There is free parking with easy access to the trail at PetSmart on River Street. While you’re there, take your dogs into PetSmart for some shopping. And there are restaurants with outdoor seating as well.

TRAILBEAR ON THE LEVEES - The San Lorenzo Riverway

TrailLink has two trails worth the ride in Santa Cruz and this is one of them. It runs up and down the levees on both sides of the San Lorenzo River between Route 1 and the ocean in a 4.8 mile loop ride.

It offers wide pavement, sweeping views up and down the river, a number of scenic bridges, an amusement park on the beach, an interesting crossing on a railroad bridge and the excitement of searching for free parking.

The railroad bridge is interesting. The trail hangs on a ped bridge off the side of the RR bridge. Wide enough for one trike. The railroad appears to end at the amusement park. So why not convert the tracks to pavement?

As you ascend the river enjoy the vistas of the graceful bridges that cross the riverway. Riverway? This thing is a creek in the upper end and a fresh/salt water slough in the lower end - until when it isn't.

That is always the fun on these California rivers. You cross a 470 yard channel and find one trickle of water in it. Then comes the day that it is full of raging water, 470 yards wide and tearing at the levees.

TrailBear had a nice ride - and found free parking. You might want to scope the route on Google Earth for spots. Hint: The big parking lot shown as parking at the bottom of the trail is a gated lot for the amusement park. There is metered on-street parking there.

First try was San Lorenzo Park. All metered on street parking and Dear Wife nagging: Just pay the quarters. Next she will want TB to Stop for Directions.

Trader Joe in the mall across the river was next - and there stood Big Marge, the parking lot guardian. Off-loading a trike might be a bit much. Cover the GPS with a TJ bag and smile? On to option three - the skate park.

This worked. There is a small parking lot and it is next to the trail. Pull out the trike, assemble same and off to see the sights of the San Lorenzo.

TrailBear
Scoping out the San Lorenzo