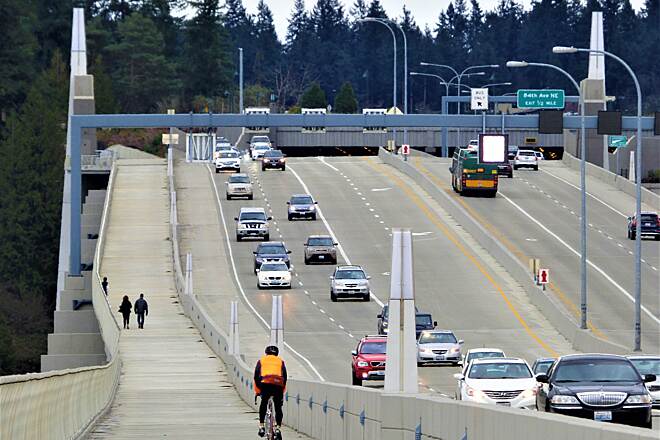 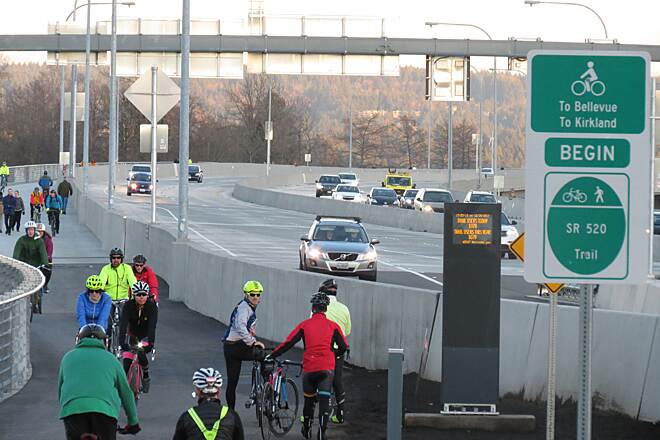 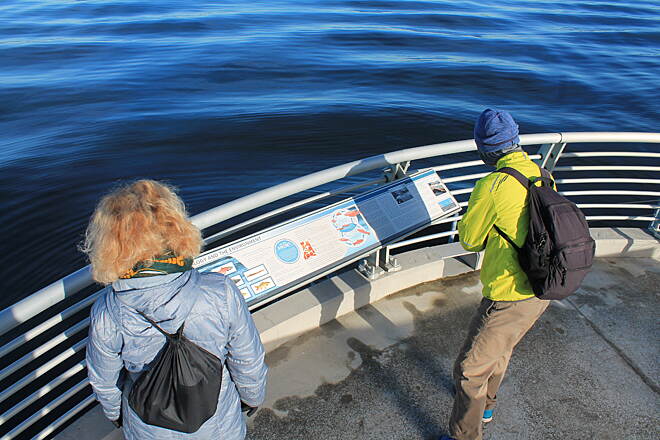 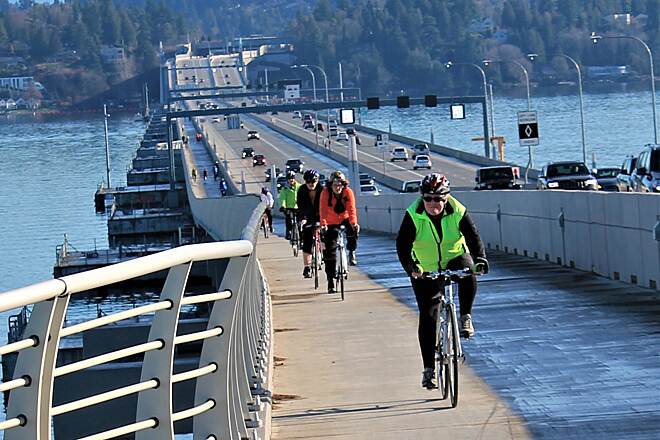 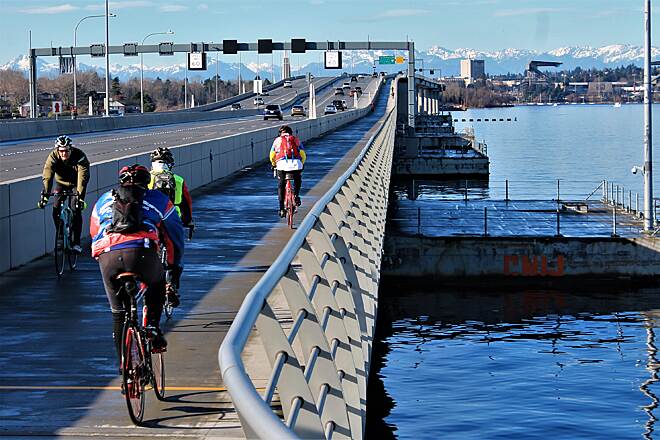 The highly anticipated SR 520 trail is finally open, and commuters of all stripes have been quick to make use of it if the trail counts are anything to go by. The trail was constructed as part of the SR 520 Bridge Replacement Project. A huge reason for the enthusiasm is the shortened commute time for non-motorized users traveling between Seattle and the Eastside. But it’s more than utilitarian – it’s also a community resource attracting the young and old alike. The Seattle Bike Blog describes it thus: “Where the I-90 Bridge feels like a means to get across the lake, the 520 Bridge is also a destination of its own.”

The trail is 2.7 miles across Lake Washington, stretching from Montlake in Seattle to Medina on the Eastside. It stretches further east to Kirkland by means of bike lanes. There are 11 viewpoints provided, where trail users can pause to take in scenic views of the water, the Seattle skyline and even Mount Rainier on a clear day. There are also resting areas on the lake.

The SR 520 trail is an important connector to the metro region’s impressive network of trails, including the famous Burke-Gilman.  At the west end of the lake in Seattle, it provides access to the Washington Loop Trail which rings around the lake for 60 miles.  It also connects to nearby transit hubs and regional destinations, including the University of Washington where you can pick up a bike share bike for your journey.

A concrete barrier separates vehicular and non-motorized traffic and the 14-foot width accommodates cyclists, walkers, joggers and other users. One thing to be aware of however, is that there are metal expansion plates at intervals on the bridge, making for a potentially bumpy ride for wheeled travelers.

Future expansion will see the trail reach I-5, creating a continuous non-motorized corridor between that and the existing SR 520 trail east of I-405.

If beginning from University of Washington on foot or by bike, head south onto Montlake Boulevard.  Turn left onto E Hamlin followed by a right turn on 24th Ave. Turn left to join the trail. Additional directions can be found on the WSDOT website.

This is a very nice trail. Be aware of a few things: Steel connector plates at fairly regular intervals make a jarring bump. On very nice days, the trail can be crowded and you have to keep speed down. The trail is loud, right next to traffic lanes with a “Jersey barrier” separating bikes from cars. Strong cross winds can make this trip unpleasant during bad weather. And although the bridge seems very flat from a car, there are actually modest climbs at each end. The trail connects nicely to the Lake Washington trail, but the Montlake Bridge crossing to UW and the Burke-Gilman trail is tight. The connection toward Lake Union is difficult to locate and can be unusable.

Beautiful, easy bike ride across Lake Washington. A couple of small hills at either end to get to bridge deck but what goes up must come down. Many points to pull off and rest along bridge.

We access from eastside from several points: Evergreen Point Park and Ride. South Kirkland Park and Ride. Hidden Valley. Etc. And like to connect to Burke Gilman on Seattle side.

Have been doing since the kids were 11, however, if you have little ones, or they are still learning, there are alot of speedy bikes on weekend and during commutes so avoid those times.