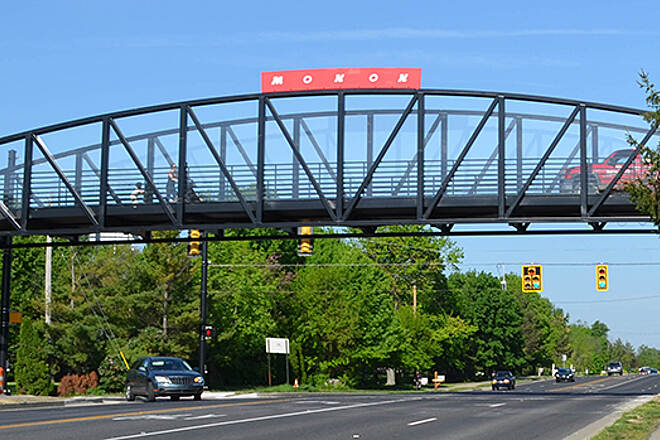 The 146th Street Trail is a linear pathway that follows its namesake roadway across Westfield, which lies on the northern outskirts of Indianapolis. At Rohrer Road, the pathway connects to the Monon Trail, an 18-mile member of the Rail-Trail Hall of Fame that travels south into the heart of Indianapolis.

Farther east, the trail offers access to two popular shopping and dining areas: Clay Terrace and Cool Creek Commons. The views along the trail are primarily residential and commercial, but it also provides access to Carey Grove Park, which features a community garden, picnic spots, playgrounds, a half-size basketball court and a softball diamond.

Note that the pathway is not yet fully developed and there are wide gaps between completed segments.

I took a section of this trail that runs along the South side of 146th street from the Hagen Burke Trail to Hazel Dell. It's an okay trail but it does run along a very busy road and it was rush hour when I took it. The trail crosses several subdivision entrances and a few bigger roads. You just have to watch for turning cars but it was an okay route to take. The path does seem to have a lot of debris on it with twigs, loose gravel, etc. that you need to watch for and it isn't as wide as other trails. I don't think I would use this just for a casual ride but to bike commute it did its job.

Follows a very busy road and crosses many crossroads and highway entrances. Just stay on the Monon unless you need to get to a store that is off 146th.