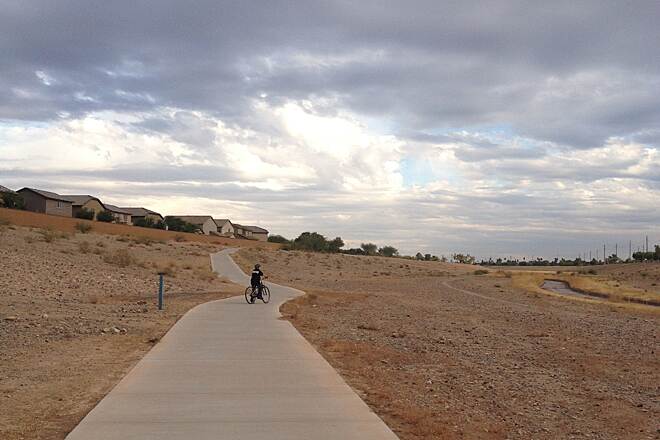 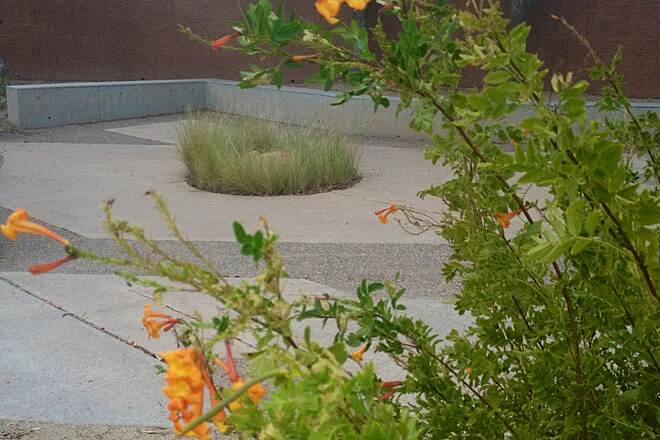 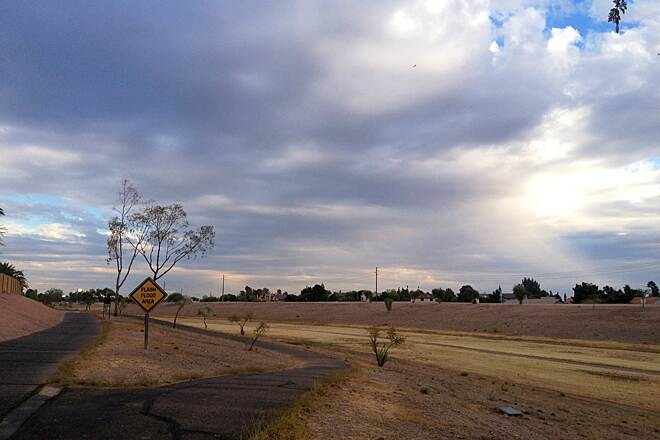 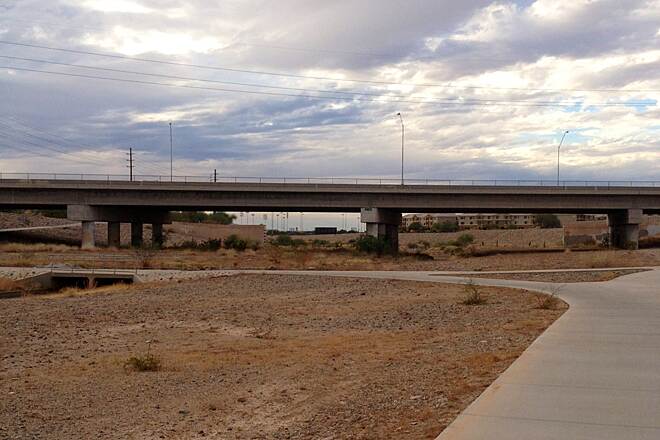 The Arizona Canal Path is one of the longest multi-use trails in Maricopa County, running between Peoria, Glendale, Phoenix, Scottsdale and the Salt River Pima–Maricopa Indian Community along both sides of the Arizona Canal, one of the county's vital waterways. The trail, paved at times and unpaved at others, provides access to a large number of residences, commercial centers, schools and other recreational opportunities.

One highlight is charming downtown Scottsdale and its stunning Soleri Bridge and Plaza, designed by the celebrated architect and opened in 2010. The trail also connects to a number of other trails along its route, including the Southern Canal Path, Cave Creek Wash Trail, Skunk Creek Trail, Indian Bend Wash Trail, Old Cross Cut Canal Park Path, Crosscut Canal Path and Pima Road Trail.

Going east to west: We couldn't figure out how to start at the dam but we started where the AZ canal crosses the Beeline Highway. The ten miles across the reservation are rocky and rutted; then Scottsdale ride is a piece of cake. As you get to Central Ave. and continue to just west of the I-17 you hit a lot of underpasses which is awesome to not have to get off your bike. The only problem is there are homeless and belongings in the underpasses so slow down and be cautious. After about 43rd avenue; the rest of the trail to the Rio Vista Park in Peoria was great. We rode 39 miles.

For someone new to the area I was horribly frustrated. Finding a trail head was difficult in itself, and there is no overnight trailhead parking. I don't think I ever saw the name of the trail posted anywhere. The trail is mostly the maintenance access route for the canal so there are many no trespassing signs, but that's really the trail. The surface is mixed blacktop, concrete, packed gravel. The underpasses west of Scottsdale are littered with personal belongings and people. Most of the road crossings are unprotected and require dismounting and waiting for traffic. never again.

great to ride in AZ in December

Fun ride, but misleading. We got on at N 68th Street in Scottsdale, and it is neither paved or concrete. Very rough ride along the canal. Some parakeets in a tree and some other art along the way, but be advised it isn’t paved the whole way.

This trail is concrete and crushed-packed gravel. Parking is available at the Silverado Golf Club in Scottsdale (7605 E Indian Bend Rd, Scottsdale, AZ 85250). From there you have several options. First you can go east two miles to Pima Road and join the Pima Road trail or continue on east along the canal. This part of the trail is concrete and excellent along the golf course, there is even a restroom facility about a mile east of the golf club. At Pima Road the trail changes to gravel.

Or, you can go west through Scottsdale. From the golf club the trail is concrete along the north side of the canal for two miles where there is about 200 yards of gravel leading up to Camelback Road at its intersection with Scottsdale Road. Crossing over to the southwest corner of this intersection the trail continues on the south side of the canal. It remains concrete for another two miles and then changes to crushed-packed gravel. The trail goes on for six miles as gravel and picks up as asphalt on the north side of the canal about ten miles west of the golf club. There are some underpasses along this route and some street crossing both with and without crossing buttons to push.

The golf club marks the intersection of the Indian Wash trail with the Az Central Canal Path so you can head straight south for six miles and join the Rio Salado trial. This is all concrete and excellent trail through parks and around lakes.

The path east from Pima Road is closed on both sides of the canal.

Fun Ride - Underpasses can be dangerous

The Thunderbird Paseo Park area of this trail can also be a problem for cyclists. I rode through on a Saturday morning and there was a cross country race going on. The trail wasn't closed down to other users of the trail; however, the racers seemed to be pretty oblivious to sharing the trail. I was going pretty slowly, but had to yell "heads up" and come to a stop several times. One of the kids even pretended like he was going to jump out at me as I met the group of kids. If I had been clipped in, I would have fallen over right into them, as he did manage to startle me.

Another nice Phoenix area trail is the Sun Circle that starts at McDowell Road. Park at Sheepherders Park. Like the Arizona Canal Trail, the Sun Circle Trail parallels a canal with rideable paths on both sides. Riding south one can merge to the Heritage, Chandler Paseo and Consolidated trails for a relaxing twenty-five mile trip. Combine this ride with one on the Arizona Canal Trail and you have a full day of riding round trip. The mountains to the east were highlights for the beauty factor. The reason I chose the trails between Mesa and Chandler was because I needed the latitude for a "trail only" cross America ride from Canada to Mexico, otherwise, I probably would not have ridden these trails and I probably won't make a trip back to Arizona to ride trails.

We rode from 16th Street to 19th Avenue and back to get a taste of this trail, after riding part of the Western Canal trail earlier in the day. The surface is older but in good shape, very rideable. There are paved paths on both sides of the canal, with underpasses at the cross roads on the north side path. Many of the cross roads are very busy and difficult to cross if using the south side path. The scenery is not spectacular heading northwest (residential and business areas), but when we turned around we had a beautiful view of the mountains ahead of us. A few bikers and walkers were out, but the trail was not busy on a weekday afternoon. We saw access to only one park along the path, unless you got off at a crossroad.

We ride this trail everyday! Plenty of parks along the way.