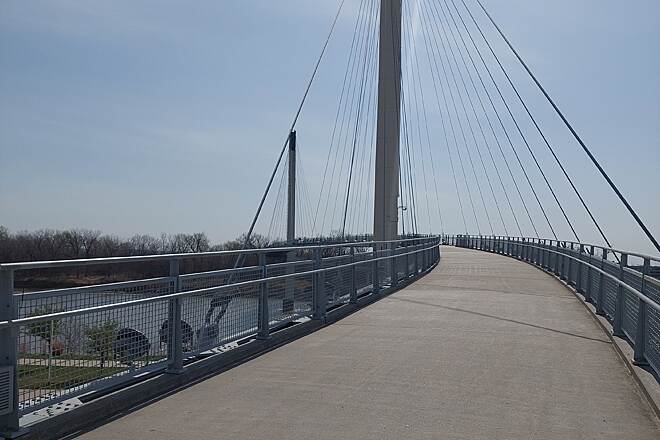 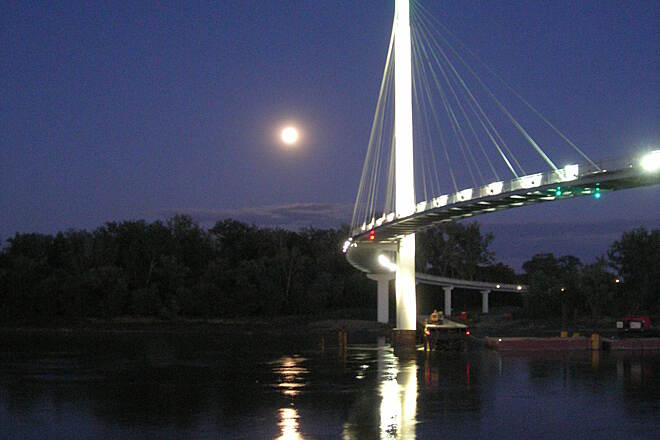 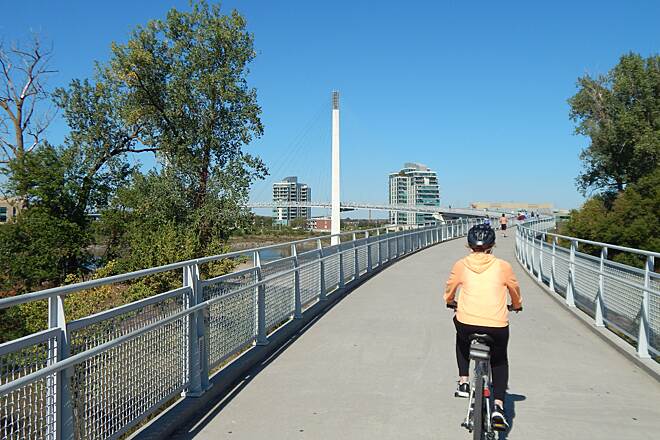 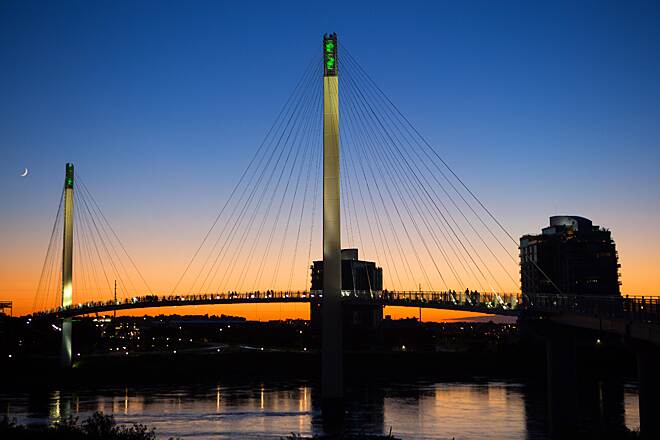 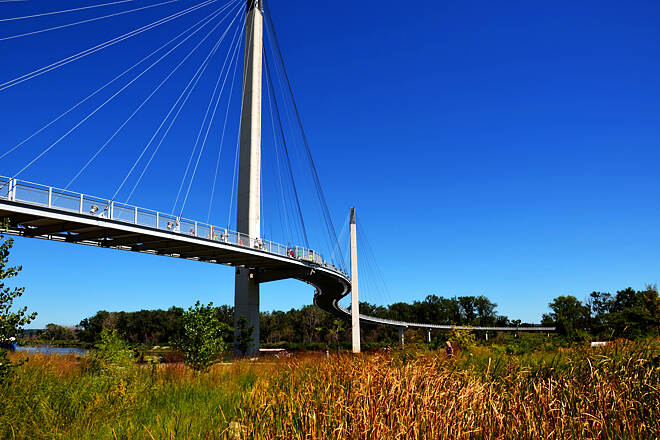 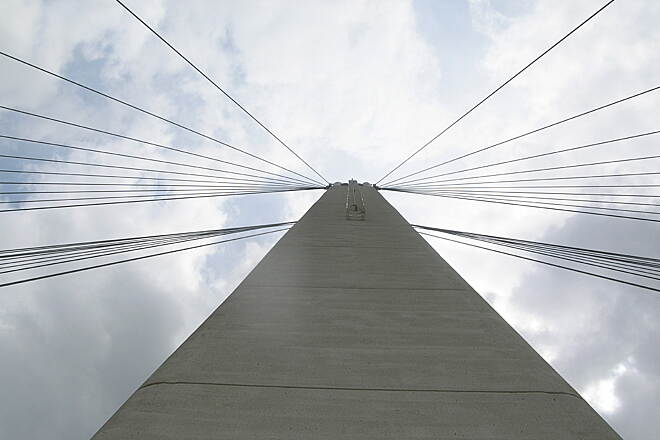 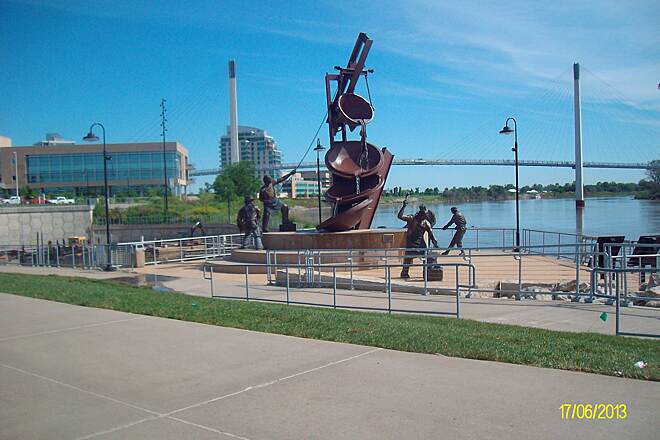 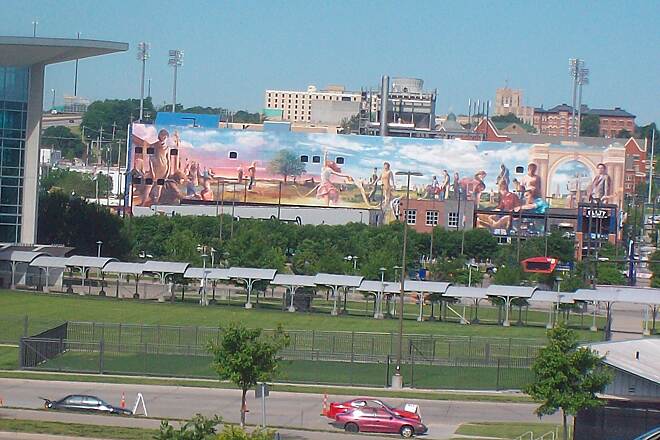 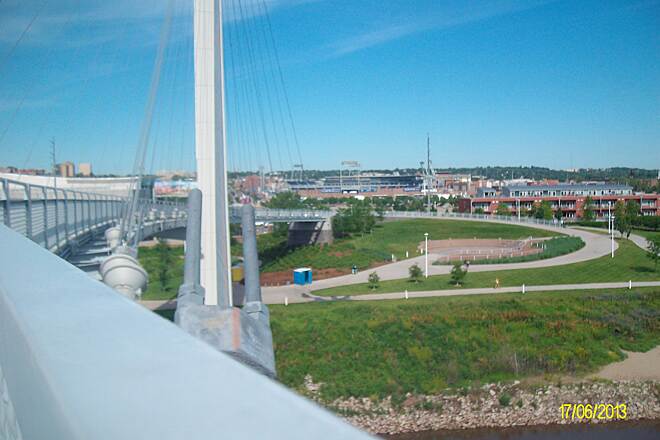 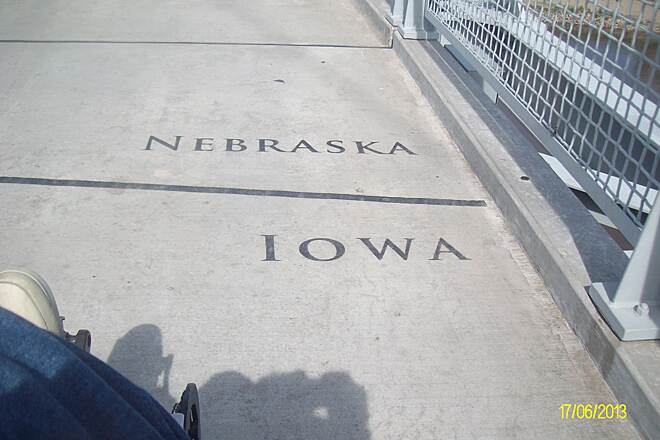 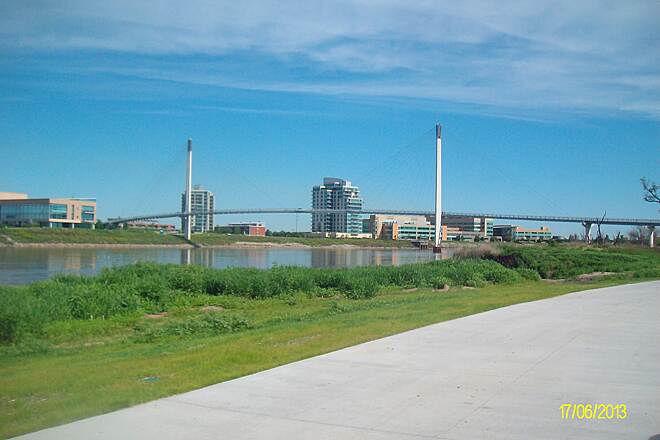 A Great Way to Spend a Sunday Morning!

The wife and I thoroughly enjoyed our trip bicycling from the Nebraska side to Iowa and eventually back over on this awesome suspension bridge in October. Plenty of photo ops, pedestrians, and joggers!
Bicyclists: Plan on riding Omaha's Riverfront Trail and Iowa's Riverfront Trail on either side of the bridge to make a day of it! Council Bluff's Tom Hanafan River's Edge Park is especially cool with its large grassy areas, trees, and sculptures!