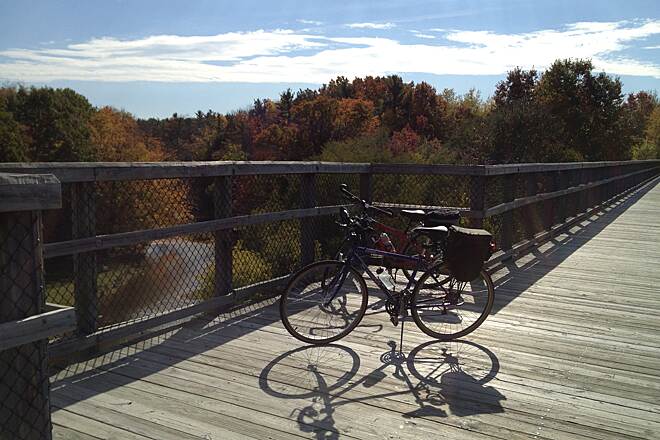 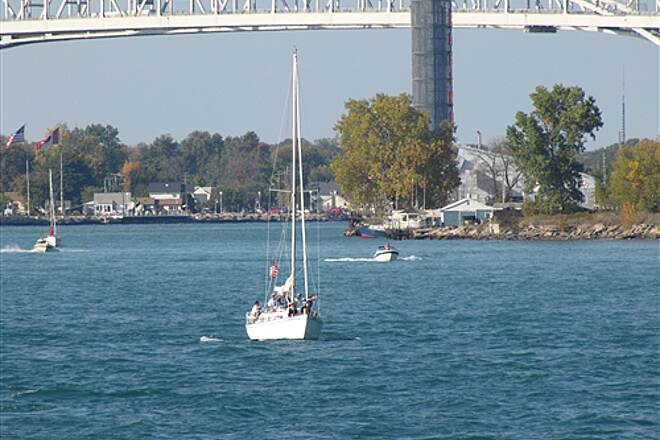 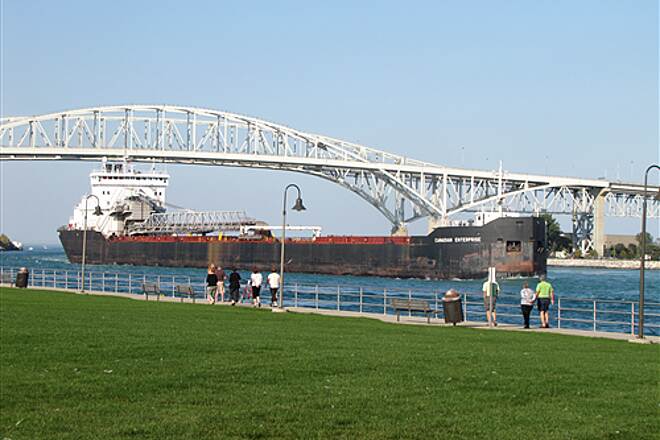 The Bridge to Bay Trail is a diverse trail system of boardwalks, river walks, rail trails and bike paths that extends along 50+ miles of shoreline across St Clair County, Michigan. Heading north, the trails run between Lake St. Clair's Anchor Bay and the City of North Lakeport on Lake Huron.

Following closely to shores of Lake Huron, the north end of Lake St. Clair, and the west bank of the St. Clair River, the trail surface is a mix of boardwalks, asphalt paths, rail-trails, bike lanes, paved shoulders, separated side paths and safety paths. Portions parallel state highways and county roads, while others pass among woodlands and wetlands. Parts of the trail run close along the water’s edge, while others travel a few miles inland. There is a 3.4 on-road section of trail in St. Clair that is a signed route on SR29, all the way from the Bree Road endpoint in the south to where the trail picks up again at Yankee Road in the north. Some of the connecting trail links are still under development. Where necessary, there is signage on how to connect to next trail.

There are numerous access points and places to park along the 54-mile stretch of trail system. Please see the map the locations and detailed directions.

Started at Lighthouse Park. Trail was not well marked and would have had a very hard time without my downloaded map for directions. Very pretty ride along river and great art displays once we crossed the Black River and got on the Port Huron Bridge to Bay Trail. It was beautiful.

Fun trail with great views. The trail could be marked better.

Fun trail with great views. The trail could be marked better.

on the south end of the trail by China Park its like riding on a train track(very bumpy) NOT WELL maintained,also narrow

loved the loop around the pond

We began in Fort Gratiot and road to Meijer's in port Huron. The entire path is asphalt and is a beautiful ride. Hope to complete this part again before we leave.

Having ridden many trails in Michigan we were anxious to try this one. We began under the Bridge and followed the river and soon discovered lack of signs advising of trail directions. We got to Marine City, our goal, but was more by luck than marked trail. It was fun, and worth doing but more work than necessary due to poorly marked trails.

I typically start this trail at the Marine City Elementary School. If you fork right at Township Park (great park, very clean, well maintained restroom facility) you ride closer to the water which is very pretty if you are looking to take your time and peer through waterfront properties to see it. If you fork left at the park, it takes you along King Highway toward St. Clair. At King and Recor there is a stand where you can purchase eggs for $2.50/dozen. These are from the free-range chickens that you will pass on the road! Purchase is done on the old-fashioned honor system. If you turn down Clinton when you are in St. Clair it will take you directly to the waterfront where you can sit and watch freighters glide by. Plenty of places to grab a bite to eat.

The trail is well maintained and is surprisingly not overly crowded on weekends. There are places to rest along the trail. I really like this portion of the trail.

We decided to drive over an hour today to try this trail. We parked by the bridge and followed a marked bike trail. Shortly after being on this trail it stopped and we were left on our own to decide where to go. We ended up finding a trail somehow which was beautiful along the river. It stopped again and we had to head north which we wanted to go south. We stopped at a bike shop in Port Huron and they didn't have a map so we went to the Thomas Edison Museum to get a map. The trail to there was beautiful. We got the map but by this time it was getting dark so we just went up to a state park north of the museum. It was not really a trail as we used the sidewalks but it was a nice ride and we really enjoyed relaxing on Lake Huron. We look forward to going back and trying the southern trails. They really need to mark them better and I recommend that you don't attempt this trail without a map.

This is a beautiful trail along or near the St. Clair River. We've started and ended in various locations but the scenery is always amazing.

The trail is along a major road in only a few areas. Most of the trail is near the St. Clair River, allowing riders to watch freighters and pleasure boats. From East China Township Park to Marine City the trail is away from the river. It runs through a moderately wooded rural area