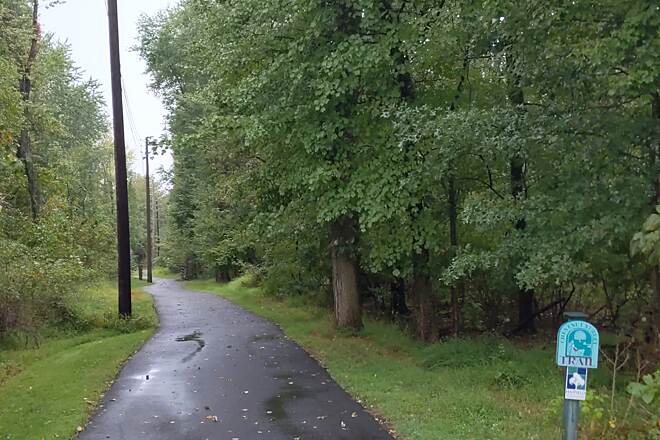 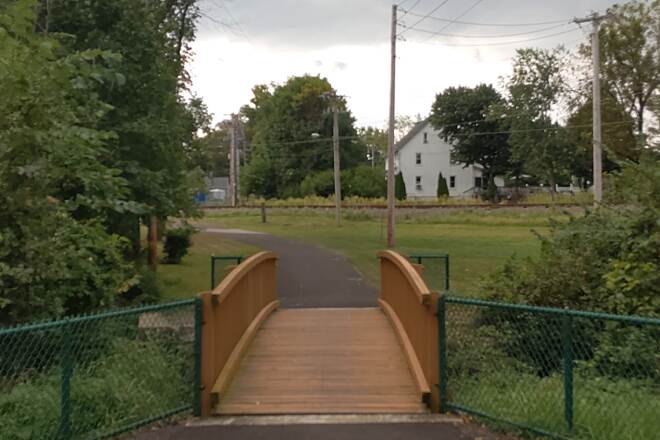 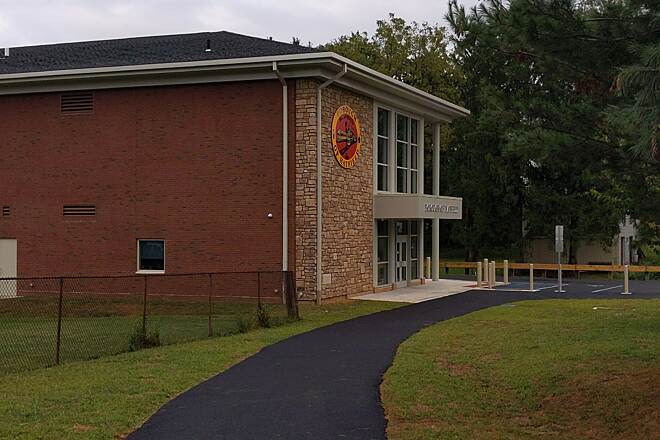 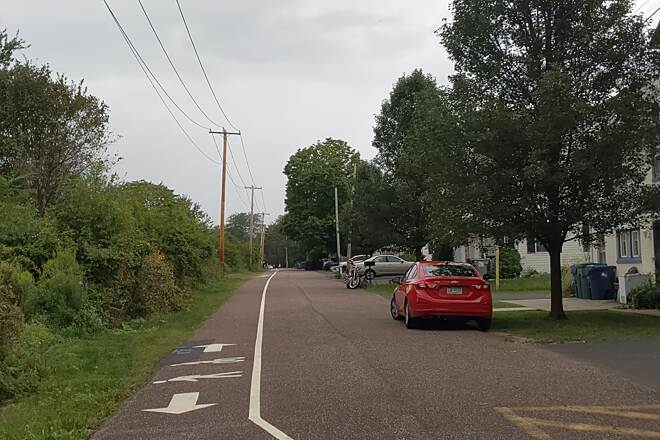 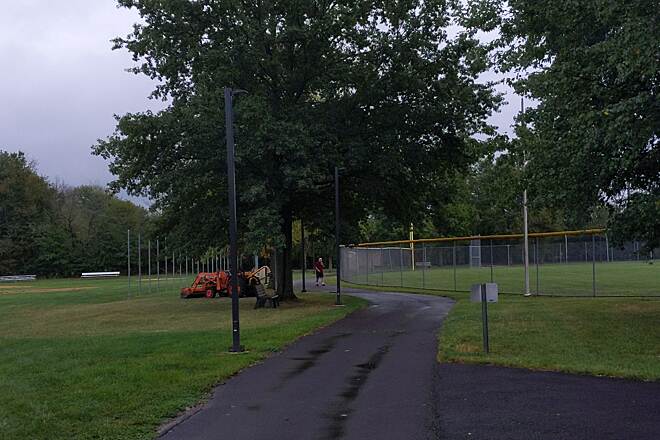 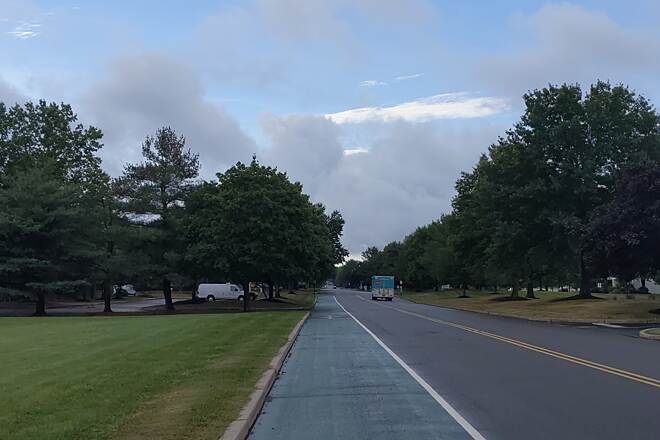 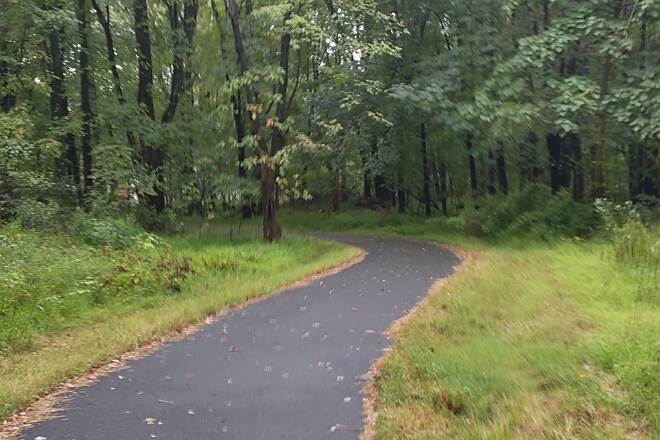 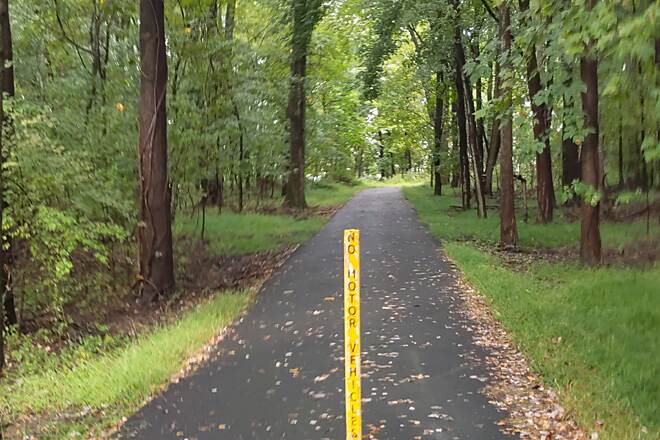 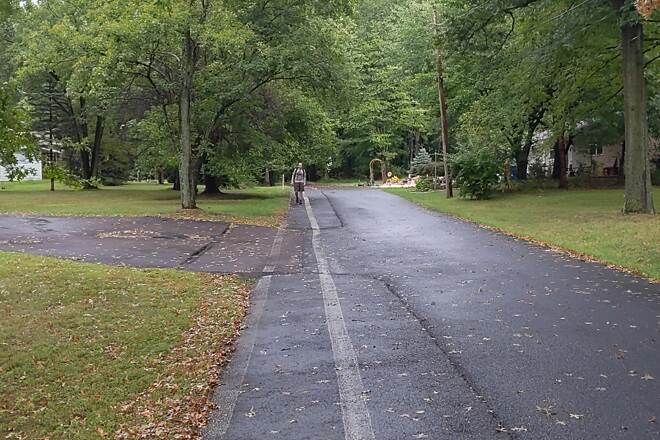 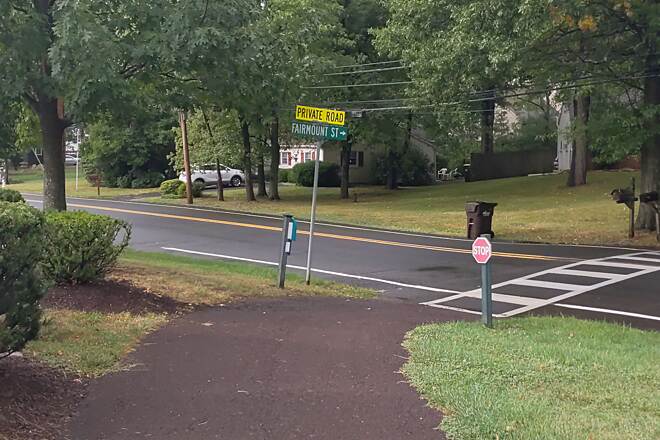 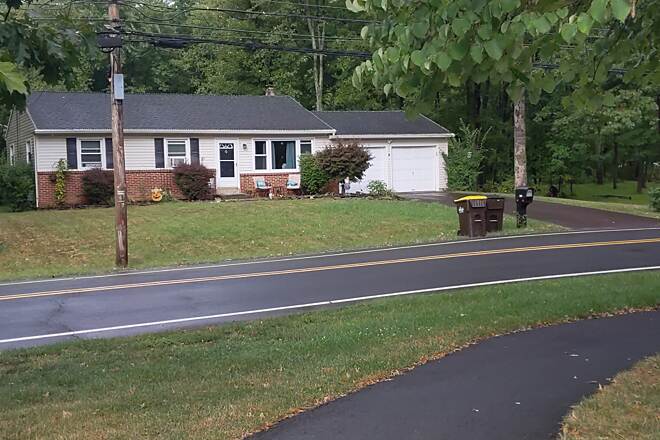 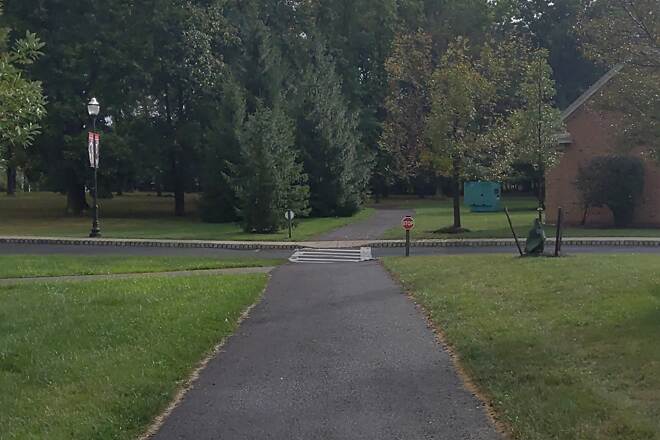 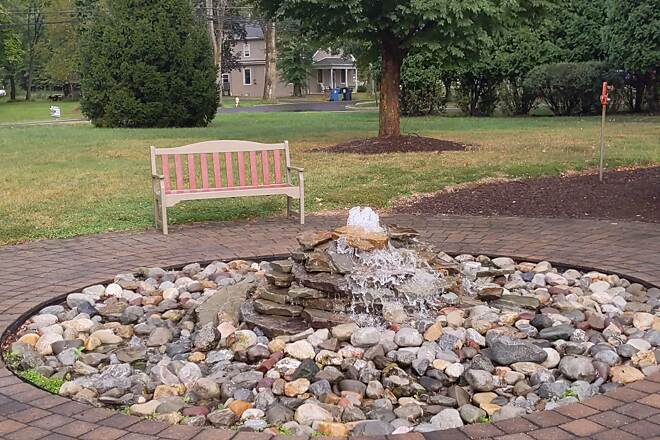 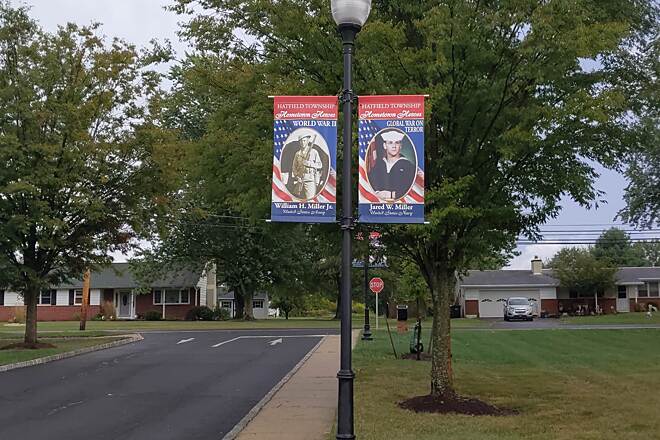 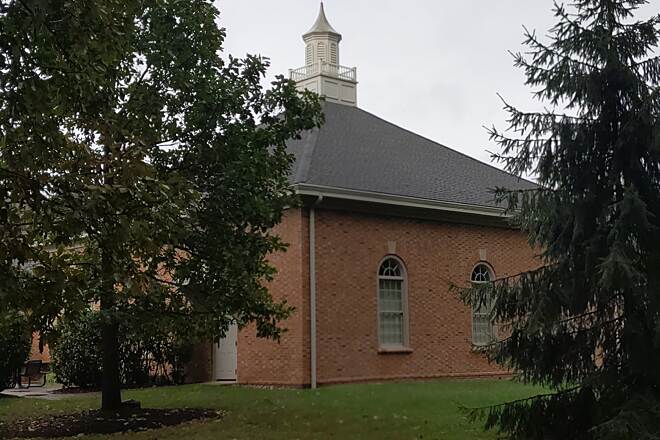 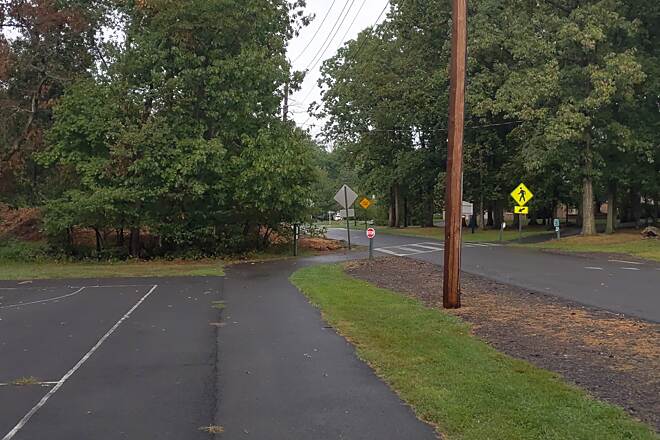 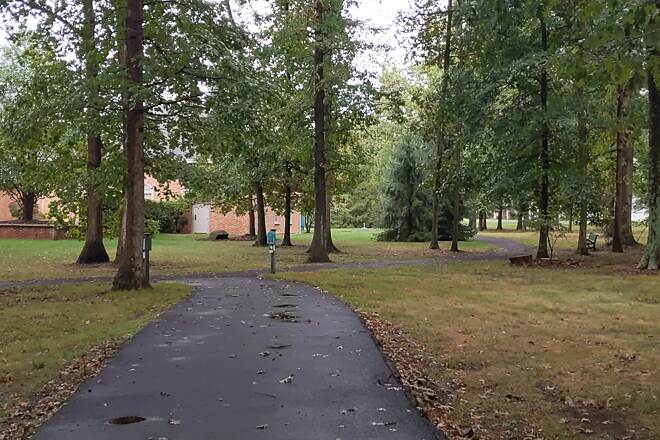 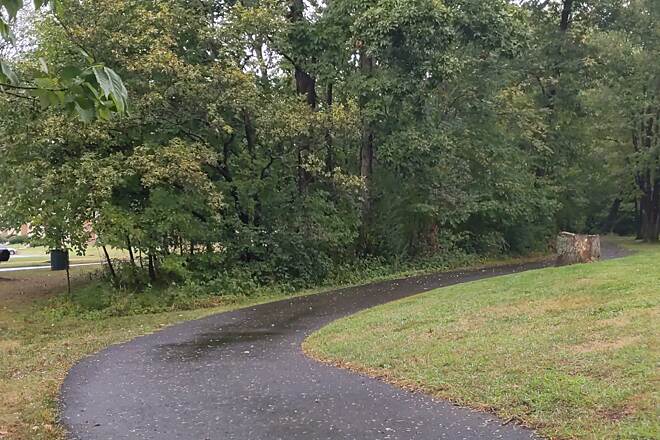 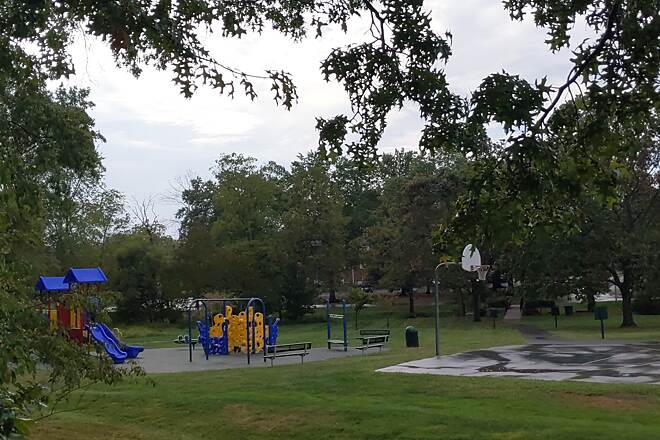 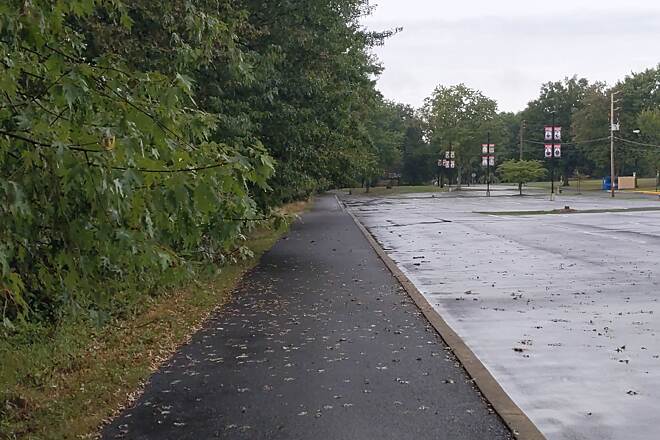 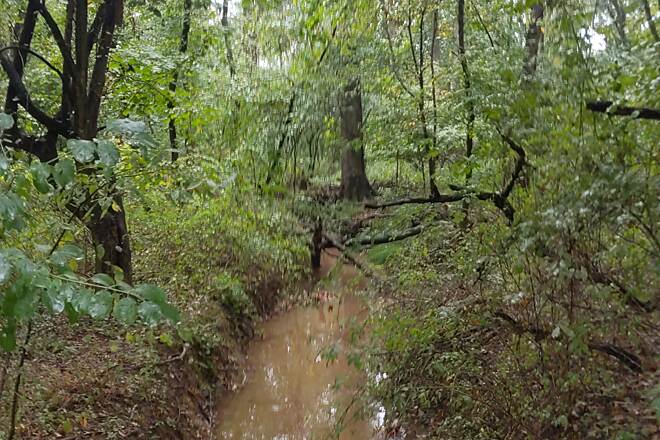 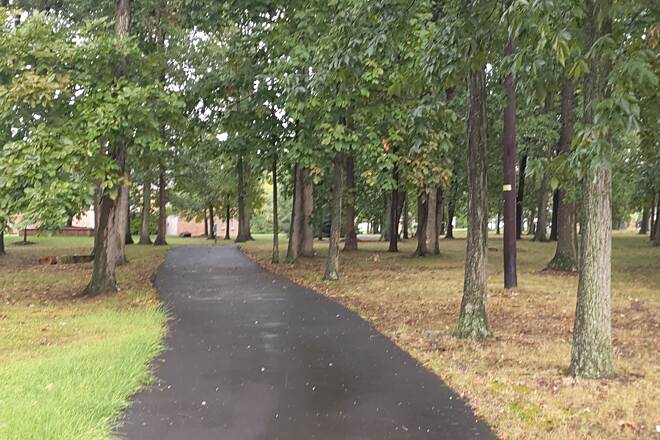 The asphalt trail officially begins at the athletic fields on the northwest end of School Road Park, crosses the Babcock Wilcox parking lot and then follows an on-road concurrency along North Penn Road and Bronze Drive through Line Lexington Industrial Park. Although caution is advised on this segment, especially on North Penn Road, a lane designated specifically for trail users follows the left side, providing some protection from traffic. The trail officially goes offroad at the end of Bronze Drive and crosses the woods to Fairmount Street, a lightly used side street with very little traffic.

After crossing School Road, the trail moves back offroad and crosses through a park that bears its namesake, passing behind the Hatfield Twp. Municipal Building. This segment is notable for a small fountain just south of School Road, banners hanging from light poles that honor township residents who are war veterans and a grove of tall trees that provide cool shade during the warmer months of the year.

The trail crosses and starts paralleling Chestnut Street in the Hatfield Community Park. The trail remains on a separate alignment through the park, zigzagging around basketball courts and passing a playground before reentering the woods before making a hard right onto Maple Ave., crossing a creek.

The trail turns south again at the entrance to the Hatfield Village Apartments and follows another onroad concurrency with Chestnut Street through a quaint neighborhood. Although there is a designated lane for trail users, this segment of street is lightly traveled and dead ends just north of the West Branch of Neshaminy Creek.
The trail continues offroad, crossing the creek on a footbridge into Hatfield borough. After briefly following the active rail lines, the trail ends at Electric Plant Park next to the borough building off Main Street. The downtown is a just a short distance south down Main Street, while the Liberty Bell Trail, which is currently a local path but will eventually extend from Quakertown to Norristown, can be accessed just across the railroad tracks.