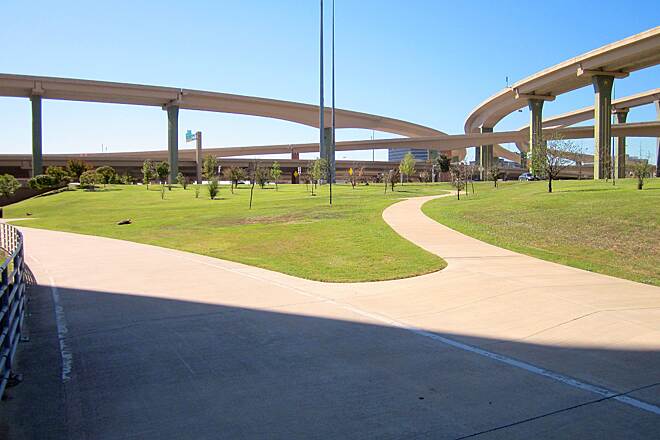 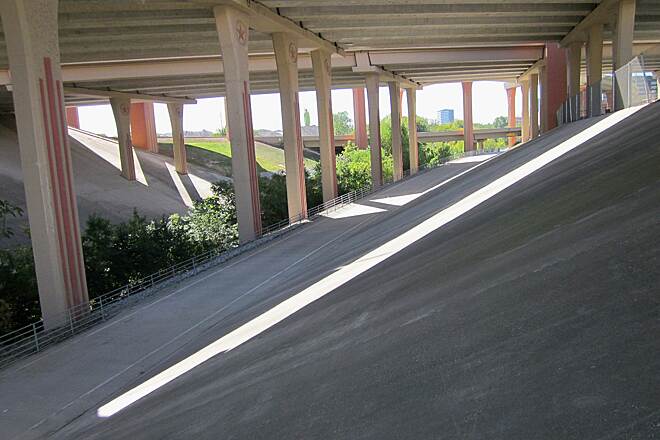 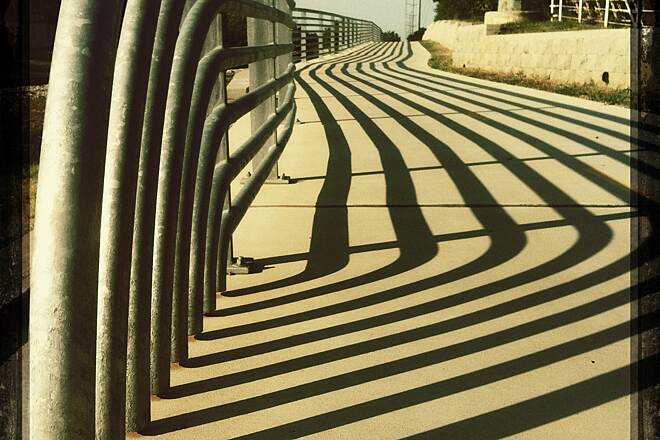 View Trail Map Send to App
The Cottonwood Trail is a part of the city of Dallas's trail system. It runs from a parking lot just south of Spring Valley Road south to meet up with the White Rock Creek Trail (North) where the two creeks (Cottonwood and White Rock) meet south of Forest Lane. Although the trail is quite urban, it passes through a greenway corridor, linking parks with nicely landscaped resting areas.

I wish I had found the reviews here before deciding to ride my bike on the Cottonwood Trail two days ago, because it was a bizarre experience. I got on the path from the White Rock Creek Trail and it started out fine, but not for long. I found myself riding past sketchy characters and some homeless men right off to the side of the path. I did not see another person walking nor biking the entire time and once the path led to the freeway where it takes a sharp right, it continued to look worse...no one else around, trash, and graffiti everywhere. It didn't feel right to me, so I decided to turn around and head back. Then it became really bizarre. I was pedalling quite fast because I wanted to quickly get beyond the rough area that the path runs through and as I approached riding under an overpass I came upon two police officers with their guns drawn. I slowed down and looked around and saw that there were several officers all around with guns drawn or ready, including the overpass. One of the them yelled down to me to get out of there quickly. So, I ended up on my bike in a rough part of town with no way to get home. I was lost and thankfully had my phone on me and was able to reach someone to come pick me up. (I later found the sad reason for all those police officers being on/around the path.) Needless to say, I will NEVER ride that path again because it is too risky.

I rode the cottonwood trail Friday January 4, 2018. There was a lot of trash on and along the trail. There are spectacular parts of this trail going under highway bridges which are truly unique. Some disadvantaged folks loitering along trail from time to time, not wanting to bother anyone. Ignore them and they'll ignore you.
It was a privelidge to ride this trail, being from Kansas City I'll say Dallas trails are tremendous, and should be appreciated by all.

Not fun at all!

I tried to ride this trail from Cottonwood Park off of Belt Line thinking it would connect. No so. I had to go off and on streets, and terrible sidewalks to finally get to the trail. Then as the other person reviewed back in 2014 the trail seemed unsafe. I rode the trail then where it would go under 75 and realized I better not be out alone. There were no other bikers or walkers and the area appeared rather seedy. I ride other trails in Dallas that go thru neighborhoods and under bridges that are little sketchy but I always see other bikers or people walking so I feel safe. This trail has great potential but Richardson needs to figure out how to make it more accessible and safe feeling.

or really for anyone who doesn't enjoy risking getting attacked. at several places ... several pretty isolated places ... the vagrants outnumber the bikers more than 10 to 1. not a good scenario if you're trying to just enjoy a safe ride. this trail needs bike police and Dallas pd consistently clearing out the vagrants who congregate in the areas the trail passes through. some heavy duty consistent policing could make this trail at least as safe as white rock creek trail is now. c'mon dallas pd help us out!

I've read the other reviews about how dangerous the Cottonwood Trail is above the High Five, how it's a high crime area, etc. I've used the trail many times, and have never been approached or harassed by anyone, on bike or foot. I've been through it in the middle of the day and well after dark.

I know there's higher crime in these neighborhoods, but it's not as if you'll ride up there and see it every time. I see dangerous activity on the White Rock Creek trail as well, and there's less lighting! So as with any other trail, go with a buddy and/or use caution.

That being said, I've had to avoid more glass from broken bottles on this trail than any other in Dallas. Just watch out.

This trail is so nice, it's unfortunate that "undesirables" have ruined it for me to ride alone. It branches off of White Rock Creek Trail, and it's a really nice ride. Unfortunately, once you near the DART Station on Forest Lane, there's an underpass that runs under Forest Lane, that has consistently had dope smoking, alcohol drinking folks loitering there. Once you get past that riffraff, it's a great ride paralleling Central Expressway and going under the High Five! That alone is worth the trip! However, the trail just dead ends on Maham Road, and at that point, I just turned around. It's such a shame that such a nice trail has to be ruined by all the "unsavory characters" that choose to loiter here and make it unsafe for everyone, male as well as female. I know that the City of Dallas spent a lot of money on this trail, now they need the police department to patrol this area on bikes, just like they do at White Rock Lake!

I read the other review of the Cottonwood Trail by the Dallas Police Officer and decided that since it was written two years ago, I should see for myself and report back here if things had improved over that time..... They haven't..... Now, personally, I was not bothered by anything I encountered, but this is no place for a female to be running/biking alone. It is a shame, too, because as soon as I heard there was a trail under the High-Five Interchange (which was yesterday) I had to check it out. The parking area is at Hamilton Park, off Forest Ln., east of Central Expy. This is not a good neighborhood. There was one person loitering around the trail area always walking away from me and intently avoiding eye contact. Back at the park at the end of my hike, two black guys in their late teens/early 20's didn't try & sell me drugs, but asked if I had any extra to smoke with them. As far as the trail goes, it is a short walk from Hamilton Park to the bridge crossing Cottonwood Creek (which has surprisingly clear water!). Cross the bridge and you find yourself mere steps away from Central Expressway in front of you and LBJ Freeway off to your right. The trail follows along Central briefly and then under LBJ. It is a very neat scene for a hiking trail, as the trail comes out north of LBJ, follows Central northward again briefly, then makes a left turn under Central and out on the west side of the highway. This is the point where females, or anyone unfamiliar with this area of Dallas for that matter, should STOP and turn around. The trail comes out between two apartment complexes and turns north heading up Maham Rd toward Spring Valley. The only scenery is more apartment complexes along the road until the trail ends unceremoniously in the parking lot of a Mexican grocery store. Most all of the complexes are old and rough, and there will be activity and undesirables about at all times of the day. There is nothing the city can do about the area. No point complaining, it's been like that for ages and won't change anytime soon. So maybe go check out the 75/635 Interchange, but skip the north-side leg of the trail...you'll be glad you did.

Im am a cop for the wonderful city of Dallas. This trail runs through the Kitt/Maham area of North East Dallas. This is a high crime area! Lots of drug dealers and prostitutes and an ever increasing gang problem. Run White Rock Lake or White Rock Creek Trails.