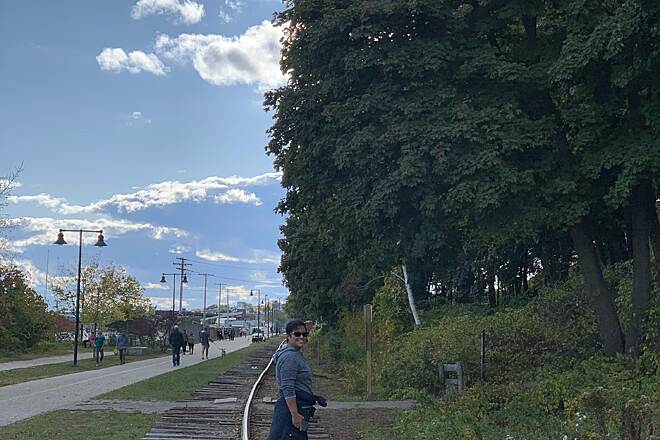 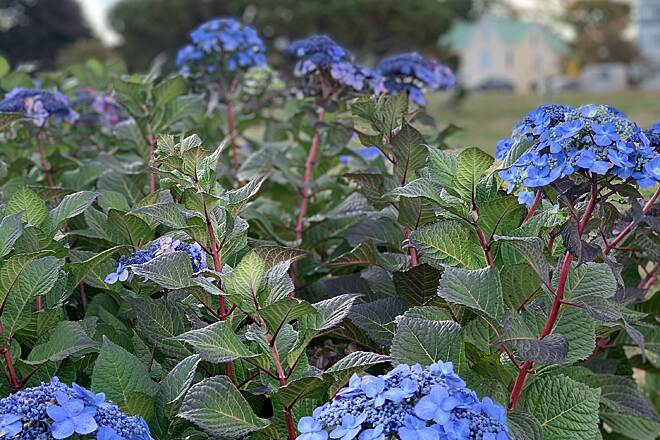 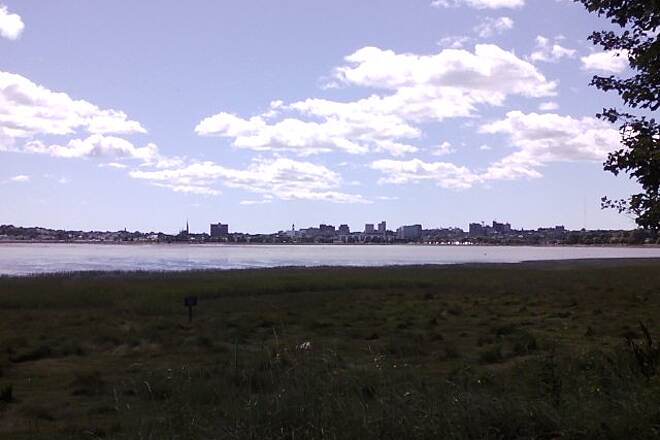 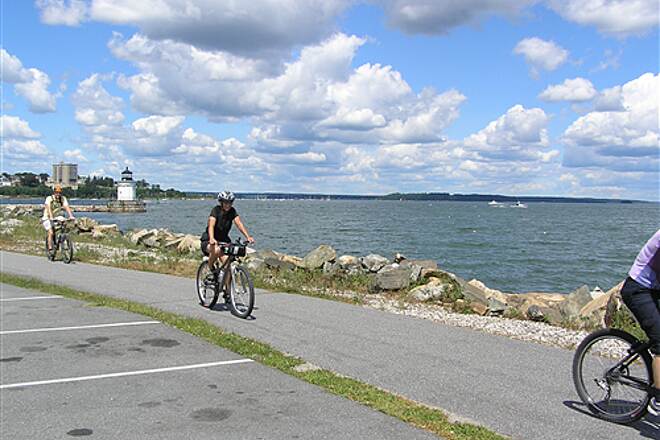 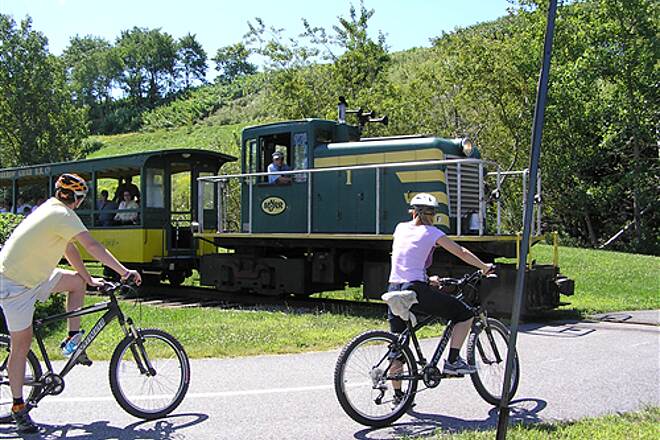 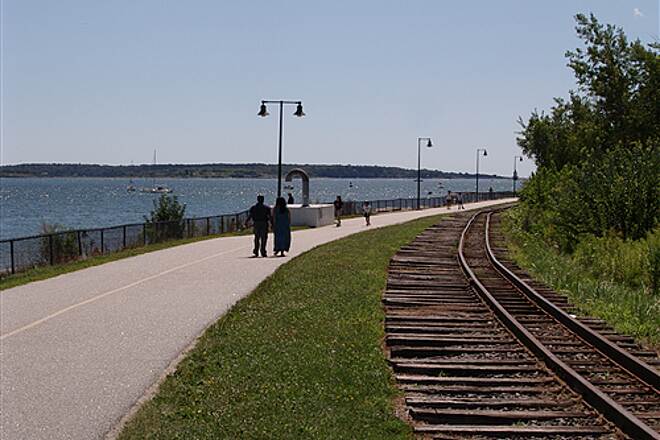 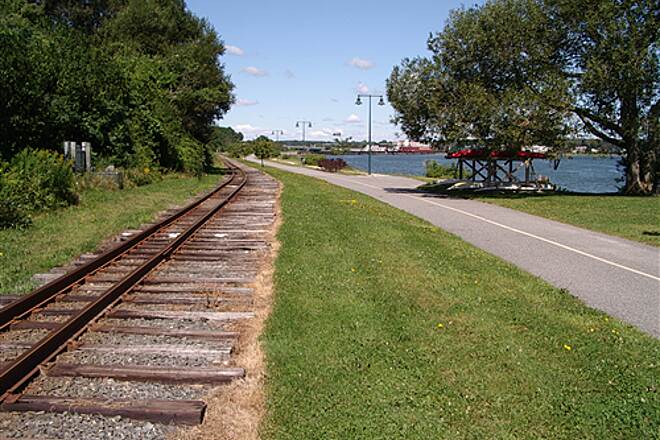 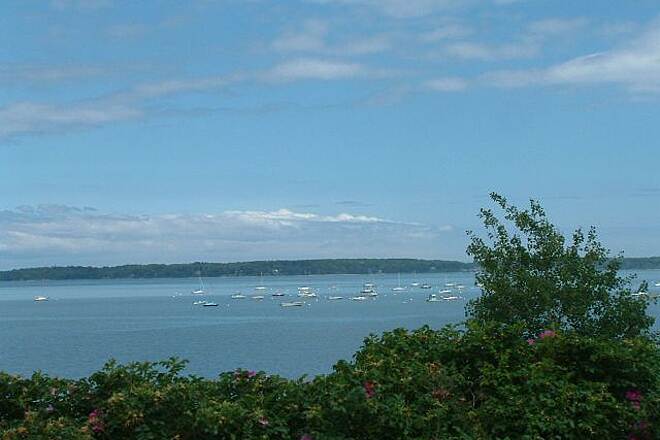 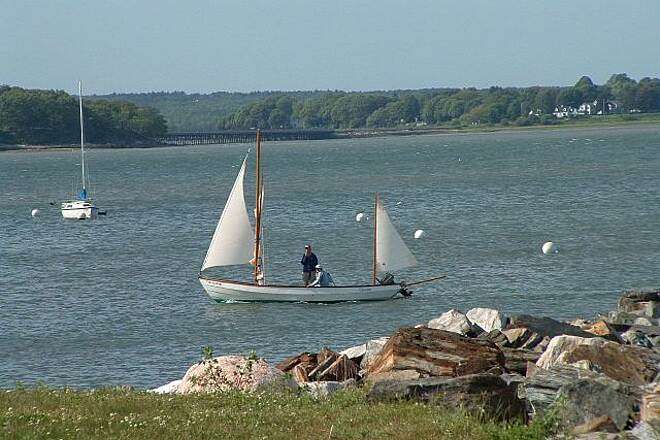 Old salts should love the Eastern Promenade Trail, as it skirts the shoreline of Portland’s Casco Bay and Portland Harbor. The 2.1-mile paved trail is always within sight of the water and is one of more than 30 trails and greenways in the state’s largest city.

The trail runs through the city’s Eastern Promenade, a 73-acre park that has been hosting visitors on the seaward flank of Munjoy Hill (once known as Mount Joy) since the 1830s. The Olmsted Brothers firm, noted architects of New York City’s Central Park, created a park design in the early 20th century that has been followed over the years.

The trail, however, wasn’t part of that plan. The Grand Trunk Railway (later the Canadian National Railroad) made Portland its terminus, and trains rolled right between the green space and the beaches. A fire in the 1980s destroyed the bridge that carried trains across Back Cove into Portland, and the city acquired the right-of-way and built the trail in the late 1990s. The paved trail is about 18 feet wide and can be used by pedestrians, bicyclists, and skaters. (While cross-country skiing is permitted, snow is usually plowed from the trail a day or two after falling.) A narrow stone dust trail runs parallel and midway up the slope in places.

In the northern end of the park, the Eastern Promenade Trail starts at the 1-mile Bayside Trail, which connects with the Back Cove Trail that encircles Back Cove. The Eastern Promenade Trail also is the path through Portland for the East Coast Greenway, an off-road trail project that stretches from Calais, Maine, to Key West, Florida. The Loring Memorial Trail (comprising a series of stairs) climbs the hill at the beginning of the trail to Loring Memorial Park, where you’ll get an even better view of the islands in Casco Bay.

Back to the waterfront, you’ll pass a wastewater treatment plant and see the remains of the trestle across Back Cove. Just past the sewage facility, the dirt Eastern Promenade Mid-Slope Trail heads partway up the hillside for those seeking a more scenic option. Alongside the main trail in this area, you’ll see the tracks for the Maine Narrow Gauge Railroad Co. & Museum. The tourist railroad preserves equipment used historically for logging in remote parts of the state.

Crossing the parking lot and kayak launch at Cutter Street, you’ll pass East End Beach and then turn southwest along the Fore River at Fish Point. Just uphill is Fort Allen Park, an earthen fort built to protect the harbor during the Revolutionary War and War of 1812. Vintage cannons are still posted here, and visitors get a good view of the harbor.

Heading upriver, you’ll pass the narrow gauge train museum on the right and marinas on the left before the trail ends at ferry terminals to the outer islands. The Harborwalk Trail continues south on sidewalks through the Old Port and across Casco Bay Bridge to the Eastern Trail.

To reach the Cutter St. trailhead from I-295, take Exit 7 toward US 1A/Franklin St. Go 0.7 mile south on Franklin St./US 1A, and turn left onto Fore St./Eastern Promenade. Go 0.8 mile, and turn right onto Cutter St. The parking lot is straight ahead in 0.3 mile. The trail is downhill from the parking lot; left (northwest) goes 0.8 mile to the junction with the Bayside Trail, and right (southeast) goes 1.1 miles south toward the Maine State Pier.

Walked this trail three times during a weekend in Portland. The trail was plowed and maintained well in the winter. Information stops along the way were interesting and the scenery was lovely

Great trail with a surprise!

We planned on doing this trail on our way home from Acadia. The trail was great! A couple hills but not bad. The surprise was there was another trail that went around Back Cove. This was a very scenic trail. There seemed to be more trails that branched off of this one. Was a very nice surprise!

One of my favorites!

This is just an excellent trail for many reasons. It's endpoints are Portland's Old Port on one end with its old buildings and great restaurants and shops, and the Back Cove Trail at the other end. The views of Portland Harbor and Casco Bay are beautiful. There are a few other short trails that climb the hill next to you, if you are on foot. There is an open grassy area with some neat public art. There are a number of spots that you can walk right to the edge of the water and then there is the small East End Beach. The surface is excellent. All in all one of the best trails out there and although it is short you can combine it with the Back Cove Trail or Bayside Trail for a decent length bike ride or even with the South Portland Greenbelt after going on road or sidewalk through the Old Port and then bike lane or sidewalk over the Casco Bay bridge.

Perfect relaxing ride with friends, kids and beginners will be fine.

You can ride on a trail from the bus station on Congress street, over the bridge, down Commercial St. (a bit of traffic here to worry about and road is not in great shape, but most of it is wide, 2 miles) then through the old port onto the paved path that runs along the water next to the narrow gauge rail. You follow along the harbor, great views of the islands and cooling breezes, up a hill past the sometimes stinky water treatment plant and back down (3 miles) where you can continue to circle around back bay (3 miles). This is a simple ride for a beginner or kids, just 2-3 hills to challenge you. The hardest one is near the water treatment facility. If your get tired just do not continue on to the loop around back bay.

This is a trail for cruising, not racing, as there are skaters and runner/walkers. Start and end where you want to alter the length.
Along the trail there is a boat/canoe rental facility if you want a break from biking. There is a Park/boat launch on the trail and Back Bay also has grassy areas for picnics.

Best parts of the ride; the views, the option of a great meal, bar hopping, or shopping, in the old port. Both Whole Foods and Trader Joes are easly accessable from Back Bay for a quick snack or picnic and they have bike racks to lock up. There are plenty of posts to lock to in the old port and racks at a park at the top of Exchange St. To date our bikes have been safe and in the day we often leave our lights etc in place.

Remember you are on the water and the weather can be cooler than inland.