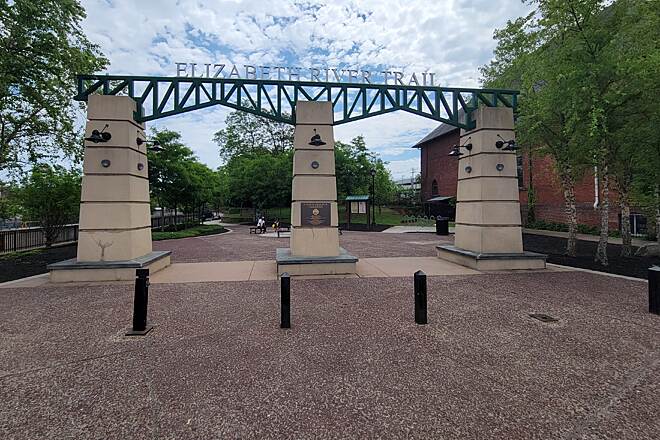 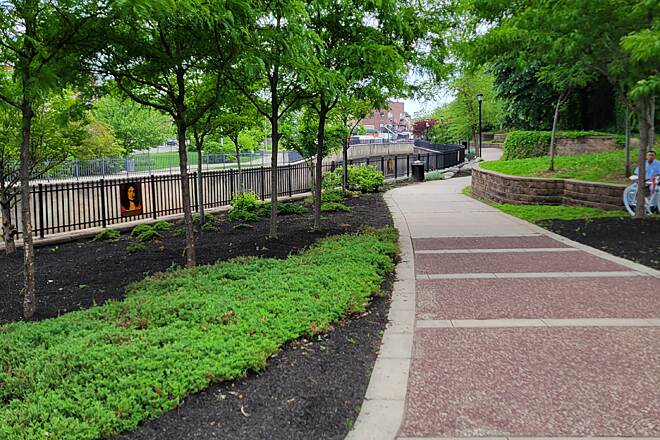 The idea of a greenway along the Elizabeth River was actually put forward in 1912 by the famous Olmsted Architectural Firm. However, continous flooding made building a trail on the riverbank all but impossible. The US Army Corps of Engineers channelized the river in the 1970s, mitigating the flooding but also creating a barrier between residents and their river.

Thanks to the efforts of the city's leadership and residents, as well as the nonprofit Groundworks Elizabeth,  the City of Elizabeth was finally able to celebrate the opening of the first phase of the Elizabeth River Trail, a century after Olmsted's proposal. The first quarter mile stretched between Elizabeth High School on Pearl Street to S. Broad Street, near the public library. The first phase also features public art installations along its length including a gate at S. Broad Street.

In subsequent years, the trail was extended and now stretches from Elizabeth High School, paralleling Pearl Street as it ducks under US 1/9, through the Elizabeth River Parkway and along Mattano Park, ending at the Erxleben Recreation Center. Although the trail ends there, users can take the protected bikeway on Clifton Street and Trenton Avenue, to the bike path along Goethals Bridge.

The Elizabeth River Trail reconnects residents to their river, allowing them to experience nature in the heart of a dense urban area.

At the north end, users can park at the Public Library on 11 S. Broad Street or at the Elizabeth High School parking area on Pearl Street.