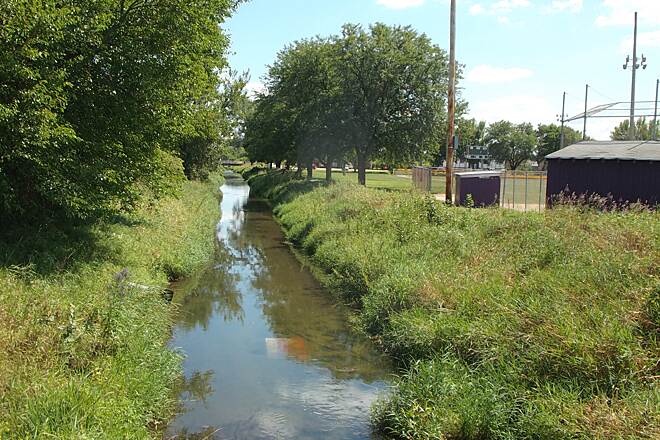 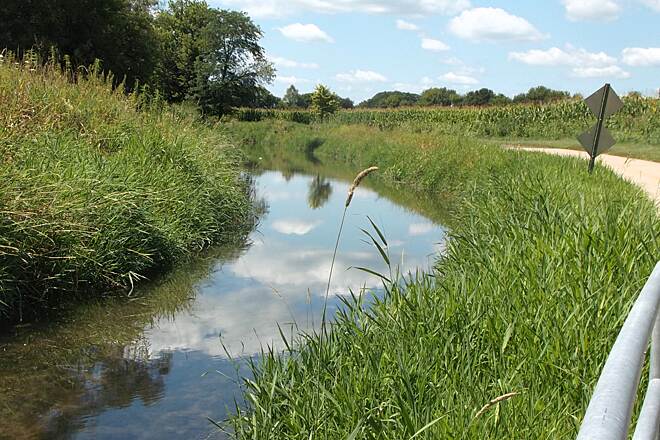 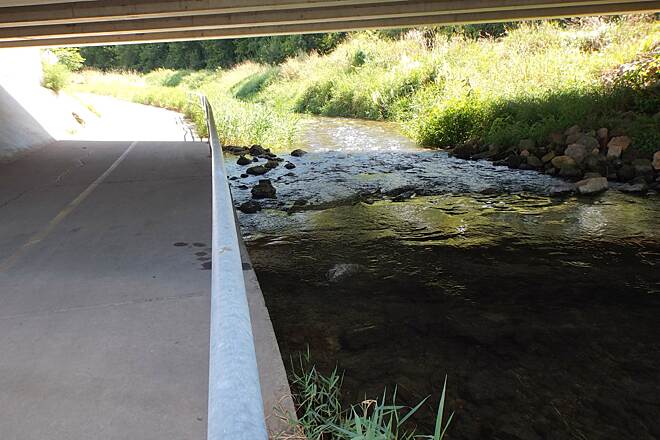 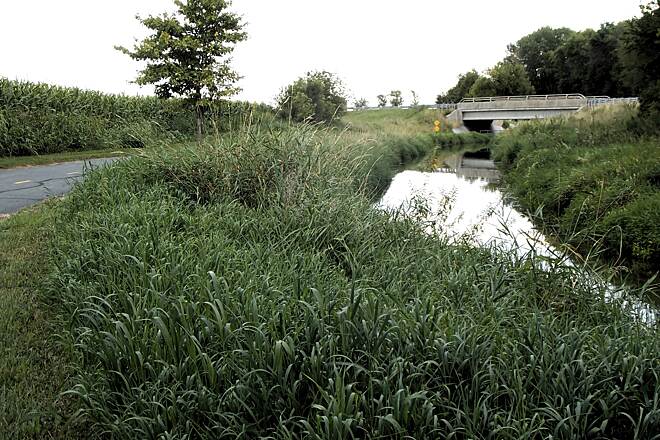 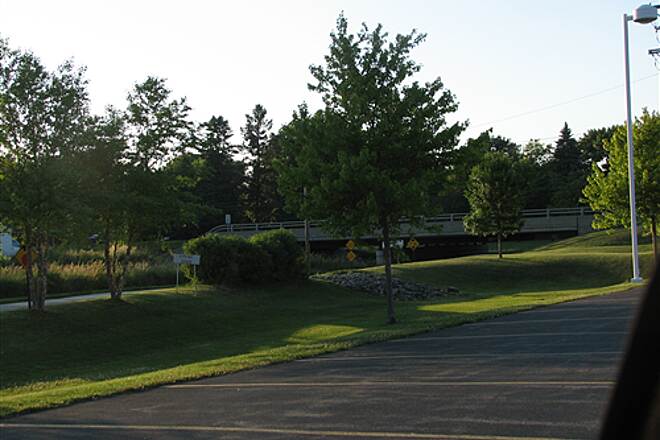 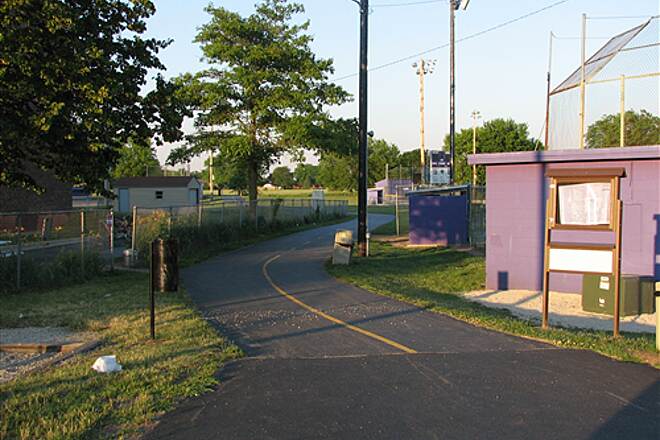 The Four Sisters Bike Path forms a horseshoe around the northern end of Rochelle, a small city south of Rockford in northern Illinois. The path connects several schools and parks, and the city has marked an on-street route that connects the two endpoints of the trail through quiet neighborhoods. This is a flat, well-surfaced trail with nicely varied surroundings to enjoy along the way.

Beginning at its southwestern end in Atwood Park, the trail passes through the park and by an attractive city neighborhood. In this first section, it has just three low-traffic street crossings and a stop light at Flagg Road. The next section of the trail takes it by two schools and a large sports complex, on to the halfway mark at Flannigan Park.

From there the trail runs alongside the Kyte River, all the way to the southeastern trail end in Tilton Park. First, by agricultural fields; then, by a city neighborhood with houses, two more schools and a park. In this section, the trail has only one neighborhood street crossing. Its crossing of three main roadways are all via underpasses that run alongside the river.

Parking can be found at the two southern endpoints of the trail: in Floyd J. Tilton Park (at the end of 8th Avenue) and in Atwood Park (off 10th Avenue). There is also parking at the trail's northeast corner, in Flannigan Park (off Scott Avenue).

Needs some attention. Looks like Rochelle may expand the bike trail in the future which would be a plus!

I read up on this path the evening before I was going to be in Rochelle and thought it would be nice to do the loop, with the streets connecting the endpoints. I ended up getting 2 chances to ride it during my morning in Rochelle. I started at Rochelle Township High School and went clockwise the first time. There were some large gaps (1"+) in the path at regular intervals on the northern most end of the path (near the high school). I also ended up riding with a young squirrel who didn't seem to realize that it could run off of the path until I pulled up alongside it. The path along the river was excellent and very peaceful. When I got to the eastern endpoint there were youth soccer and baseball games going on, so the quiet side streets were packed with cars coming and going for the Saturday morning games. There were a lot of signs for Bike Routes on the streets between the endpoints, but they didn't actually give directions between the endpoints. They also didn't have bike route signs very often, so if I followed the "straight ahead" arrow I found myself wondering if I was still on a bike route. My confusion resulted in a short circle through the local cemetery before figuring out where I should go to get back on the path. Once I figured that out I was back on track quickly. There were some more gaps in the path on the west end as well. Since this section ran along a subdivision there were a few walkers out.

When I rode the path the second time I went counter-clockwise and it wasn't nearly as confusing to connect the endpoints. Even though there had been a lot of rain earlier in the week, and the river (creek?) was pretty high, the underpasses weren't a problem. I think I rode through an inch or so of water for about 5'. The underpasses really help make this path nice because you don't have to cross major roads (except at the entrance to the high school, which has a traffic signal).

I probably wouldn't go out of my way to take a ride on this path, but if you're in Rochelle for whatever reason, it's a very nice ride. It took me about 30 minutes averaging 12 - 12.5 mph including my little detours between the endpoints. If you are not from Rochelle then I strongly recommend that you ride it counter clockwise and know exactly which streets you want to take between the endpoints. I made it harder than it should have been because I didn't pay close enough attention to the connecting streets before riding.

A Pleasant Circle around the Hub

Rochelle is known as the “Hub City” because of being at the intersection of several significant rail and highway routes. In keeping with this theme, the trail creates a nice section of 'wheel' around the hub. We made the complete circle on our visit – riding the trail and the on-street route to connect its endpoints.

It really surprised us how much the city cares about its trail and bike routes. Especially for a town its size, it seems to really encourage folks to get out and get around on foot and bicycle. This trail is a good place to do that. We enjoyed the trail and town, both.