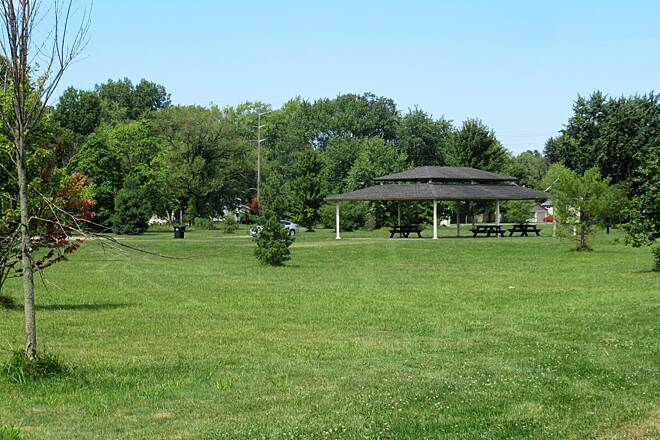 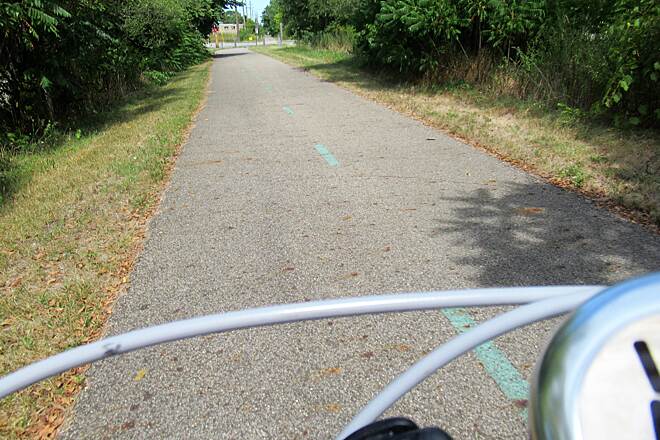 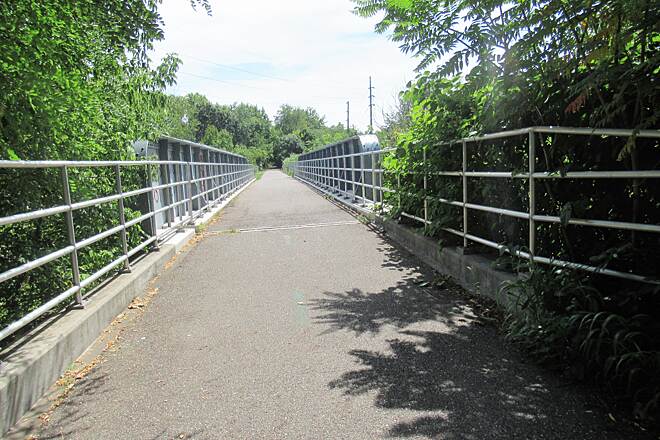 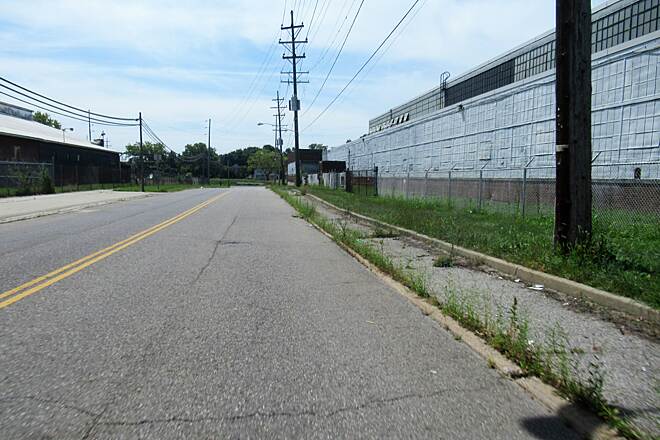 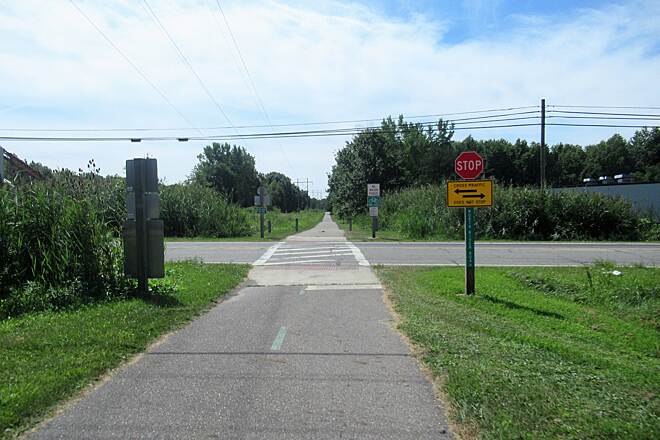 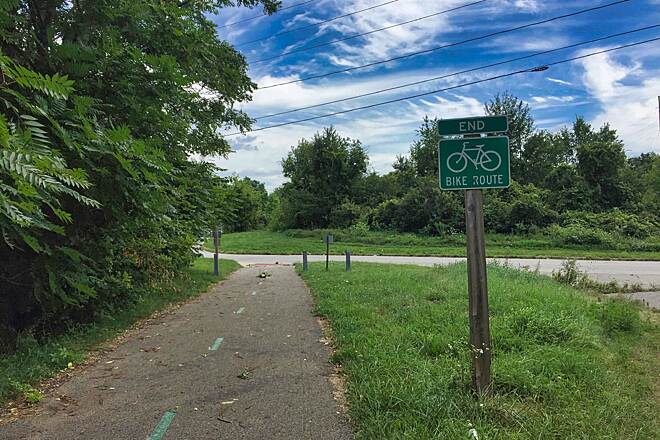 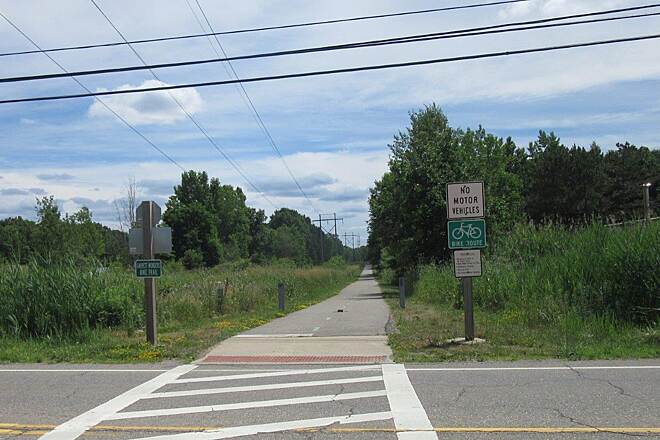 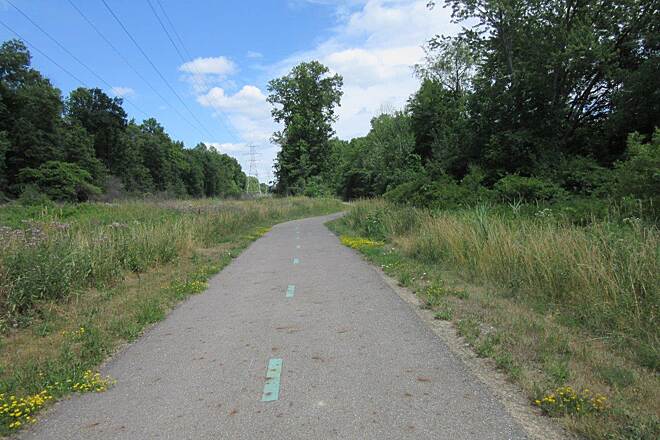 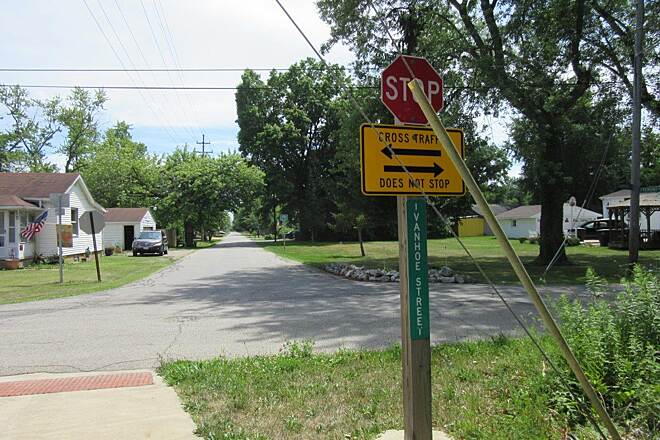 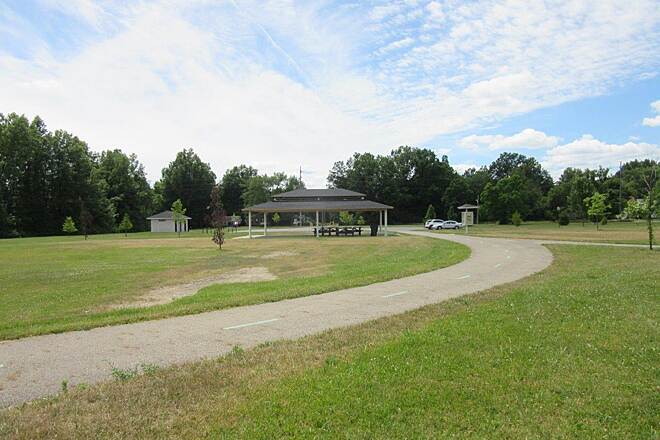 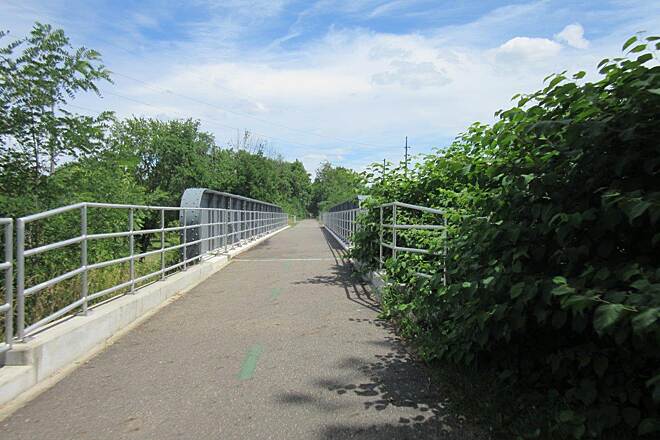 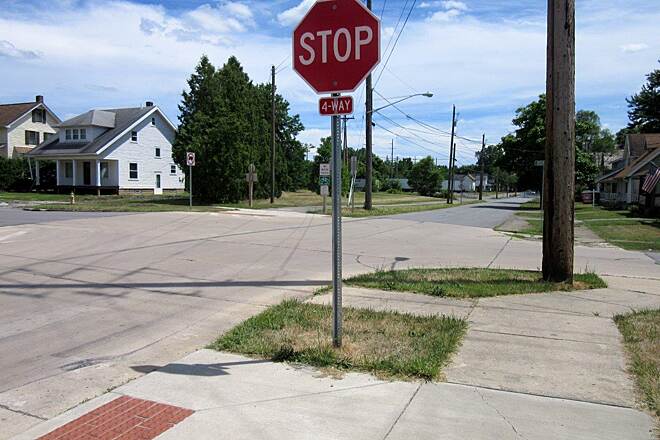 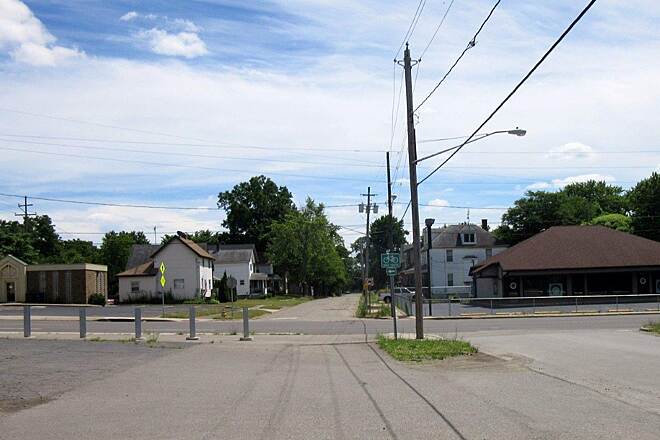 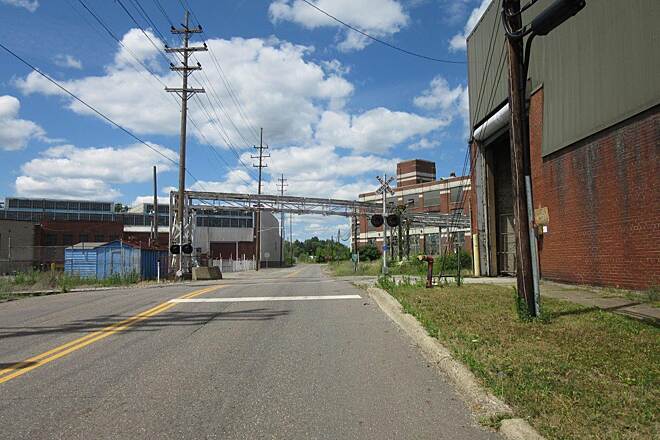 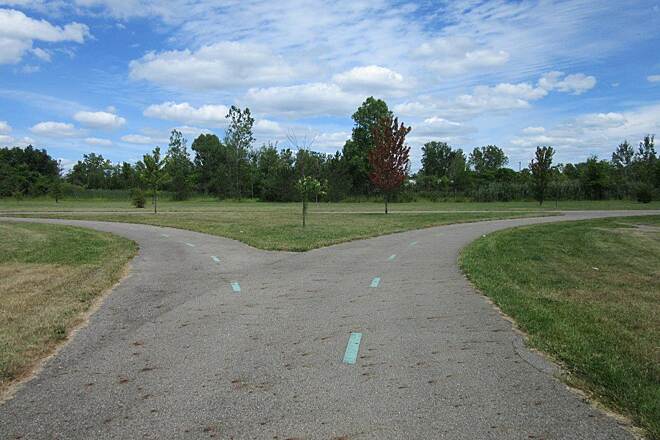 The Garrett Wonders Bike Trail, formerly the Warren Bikeway, is an integral component of the Great Ohio Lake-to-River Greenway, which will eventually link Lake Erie and the Ohio River via a multiuse, off-road trail. Warren’s portion consists of two unique parts: a greenway coursing through a utility corridor and industrial properties in the northern part of the city, and a rail-trail running southeast from the heart of Warren to its southern border.

The short northern section includes an on-road route for three blocks using lightly-traveled Fremont Avenue. In the near future, the trail will be extended north from N. River Road NW to meet the existing Western Reserve Greenway at Champion Avenue, allowing for a much longer trek from Warren to Ashtabula on Lake Erie.

The rail-trail segment of the Garrett Wonders Bike Trail begins at the intersection of Woodland Street and Chestnut Avenue, just a couple blocks southwest of Warren G. Harding High School. From the northern portion of the trail, take Paige Avenue south to pick up the southern segment. The trail runs southeast through residential neighborhoods and features a dedicated bike/ped bridge to cross busy US 422. As the trail leaves downtown Warren, it enters a more industrial landscape, before rejoining neighborhood streets at its southern endpoint at Burton Street.

Long-term plans call for linking the trail with the Niles Greenway, located just a few miles south of Warren.

Parking for the northern portion of the Garrett Wonders Bike Trail, as well as restrooms, can be found at the intersection of Fremont Avenue NE and Comstock Street NE in North End Park. For the southern section, park on neighborhood streets or at Warren G. Harding High School.

Short, easy ride. However, there is a lot of household trash and furniture that has been dumped along this trail.

Short, easy ride. However, there is a lot of household trash and furniture that has been dumped along this trail.

I last rode this trail in July 2017 after completing a ride from Ashtabula, Ohio on the Western Reserve Greenway. The southern end of the Western Reserve Greenway connects directly to this trail when it crosses North River Road in the north end of Warren, Ohio. This trail crosses through most of Warren and ends just a few miles north of the Niles Greenway. If this gap on the southern end of the trail were closed one could ride on a trail from Ashtabula all the way to Canfield, Ohio.

This is a typical urban trail. It crosses many streets and has a couple of on-street sections. As is often typical of trails in urban settings there are sections where the rider needs to be aware of glass and debris on the trail. I found this trail visually appealing as it went through industrial and residential areas as well as through a park. Overall, the Garrett Wonders Bike Trail isn't necessarily a great trail but if it can be connected to the Niles Greenway to the south it will become an incredibly useful one.

This is a generally pleasant, though not spectacular, well-paved, flat ride through the city of Warren, Ohio. Contrary to the map shown here, as of today (9/15/2017) it is a continuous, unbroken bike route between the indicated end points. At least, this is what one would conclude from the green bicycle signs all along the route. The total length is about 4.5 mi. The northern portion of the trail goes through woods and meadows, then it goes into an urban area. Several portions of the ride are on city streets with little or no traffic. There are a few major street crossings. Some of the ride is past old factories, many of which appear to be unused or underused. This gives a sad feeling of economic decline. I just read in another review dated 10/2013 that some of the neighborhoods I rode through were unsafe. While it is true that I did not see any wealthy neighborhoods, I saw no reason to feel unsafe. But the incident the reviewer cites gives one pause. The Garret Wonders Trails connects with the Western Reserve Greenway at N River Rd NW, just east of its intersection with Sferra Ave. NW. The WRG is much nicer rural trail, equally well-paved and flat and much longer.

Trail goes through some open areas and wooded areas. Then it became the Garrett Wonders Trail closer to Warren. Trail is a little over 3 miles in length but if you make the connection to Western Reserve, it could be a longer ride.

Garrett Wonders trail goes through some old industrial areas of Warren and then through some shady neighborhoods.

this is a new trail. Unfortunately in runs though a high crime area. A cyclist has already been assaulted and had his bicycle stolen.I traveling the lake to river route it is best to stay on state routes through Warren