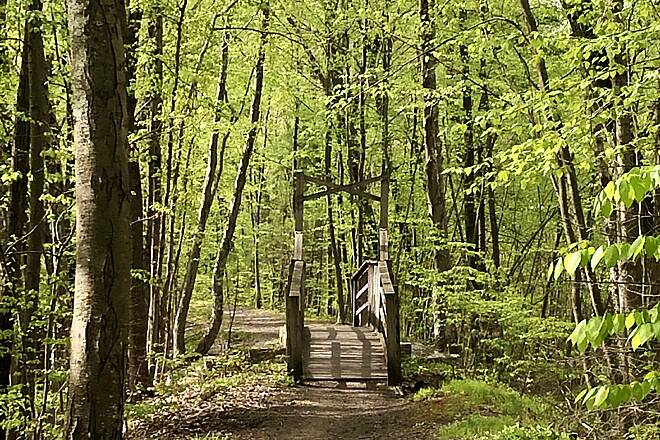 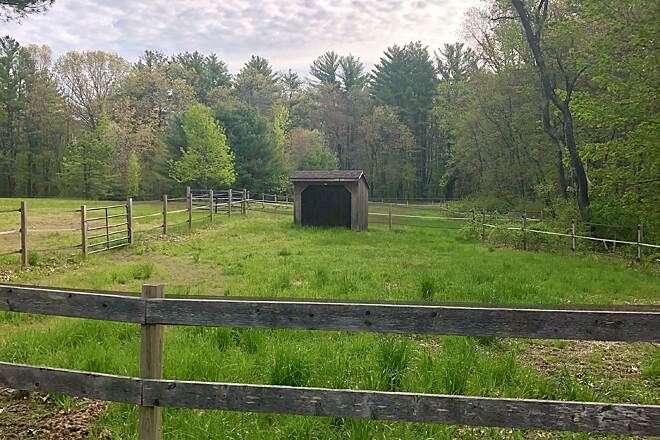 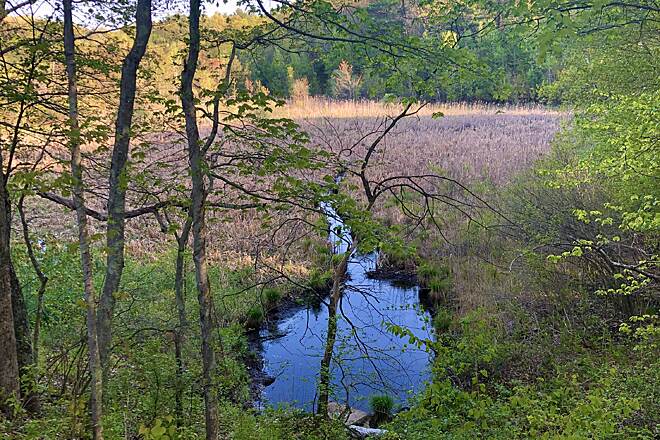 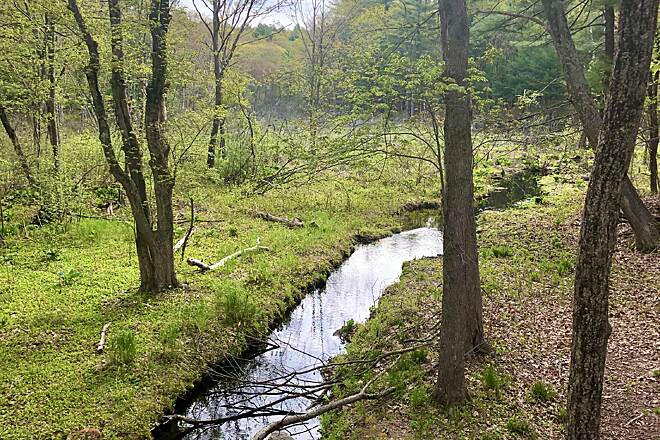 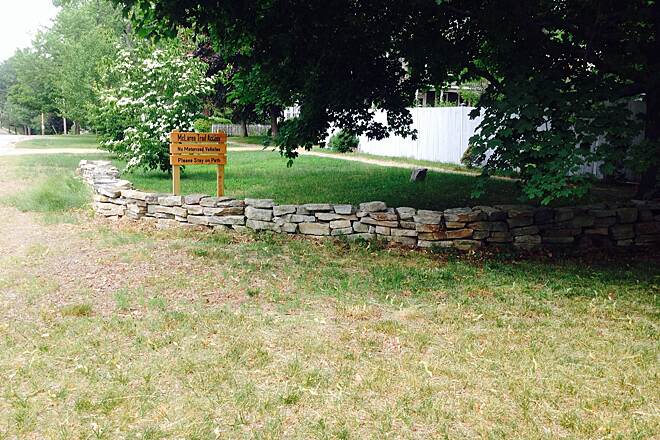 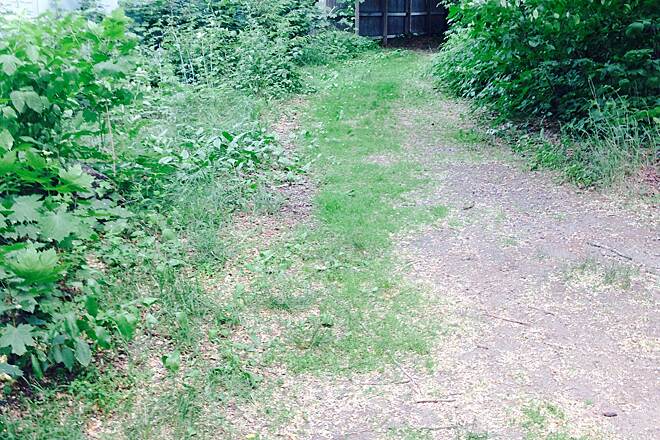 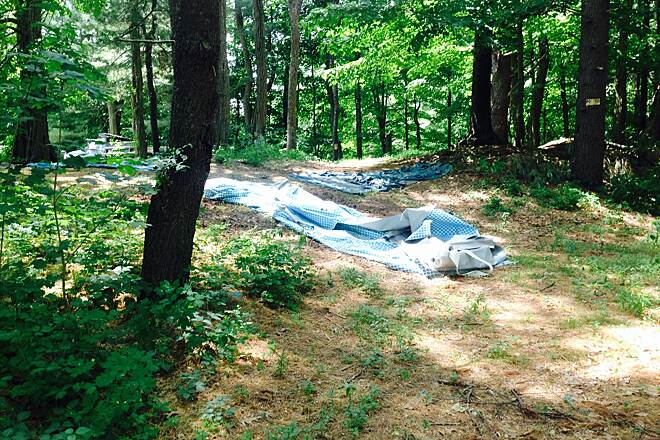 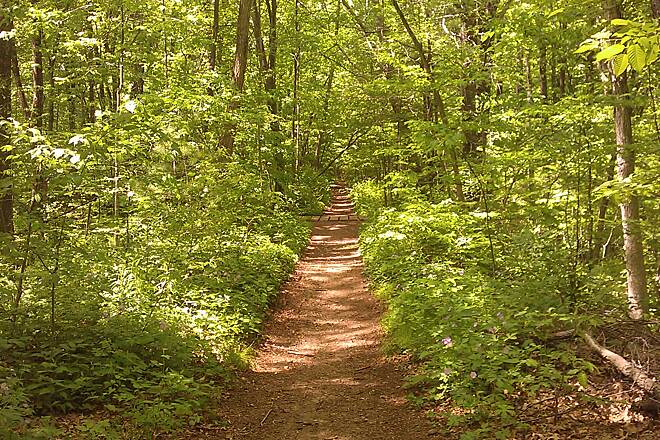 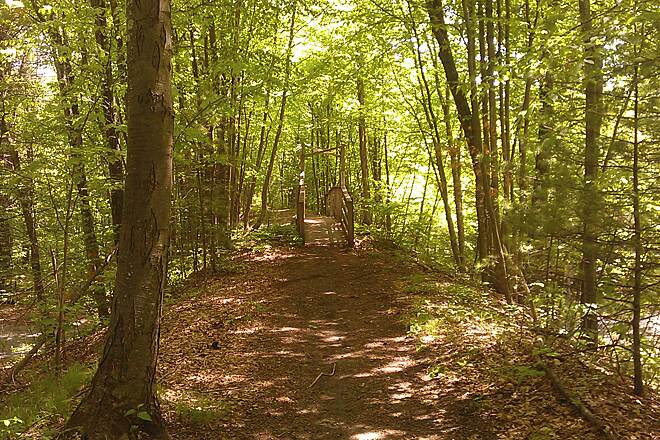 Nestled in the woodlands on the northern end of Merrimac in the far northeastern corner of Massachusetts, lies the beautiful Jay McLaren Memorial Trail. The town, once known as West Amesbury, had a thriving industry of horse-drawn carriage shops. To expand on this business, the West Amesbury Branch Railroad, a spur off the Boston and Maine Railroad, was completed in 1873. By 1972, the rail corridor was no longer used and eventually became the rail-trail.

Although the trail's surface is unimproved (primarily hard-packed dirt), walkers, mountain bikers, horseback riders, and cross-country skiers are welcome to enjoy its diverse views. The pathway travels for 2 miles from its busy southern end in town, continuing under a dense canopy of trees, along wetlands, and on through open farmland with horses grazing in the pastures at its northern end.

Parking is available at the trail's southern end at 61 Church Street (near the street's intersection with Abbott Street). Look for the wooden trail sign by the stone wall; a short pathway from the parking area will bring you to the rail-trail.

I've been riding the peanut trail in Newton NH (not listed here) this summer and today decided to add the Mclaren trail (which is the same rail bed now segmented by the selfish actions of some local myopic bullies). Riding over brush hill from Newton to the closest trail head for Mclaren trail I rejoined my the rail bed. Nice ride, a bit rocky and with soft washouts at first but that did not last long. Well maintained otherwise, blow downs removed etc. Made it to Merrimack proper and then turned back to do it again in the opposite direction. Got caught in a thunderstorm on the way home in Newton but was lucky to find a canopy to get under and ride it out.

My video of trail.
https://www.youtube.com/watch?v=GbJFIZr2i64&list=UUE6GnCmSjS-PK4wcbGOnf7w


There is another part of the erstwhile trial bed that is usable for recreation in Newton NH.

I've been running for YEARS and I rarely get sketched out while on a run, and I've run in some very urban and very rural places even at night. For whatever reason, this trail felt a little sketchy to me. The running surface was nice, mostly well packed dirt, parts of the woods were nice but I found myself frequently running past peoples backyards that were littered with random construction materials, pool liners, broken fences... The woods were very quiet, but not in a good way. It was very clear to me that ATVs/4 wheelers or whatever frequent the area by the tracks on the ground but I saw none. I also came across a ribbon snake that was only about 1 1/4 ft long, but it refused to move off the path and even though they're relatively harmless, I threw in the towel and turned around and went back.

I would say this place is probably fine if you bring a friend or 2 and maybe just for a walk (with hiking boots on to protect from snakes) but I would not recommend running here alone.