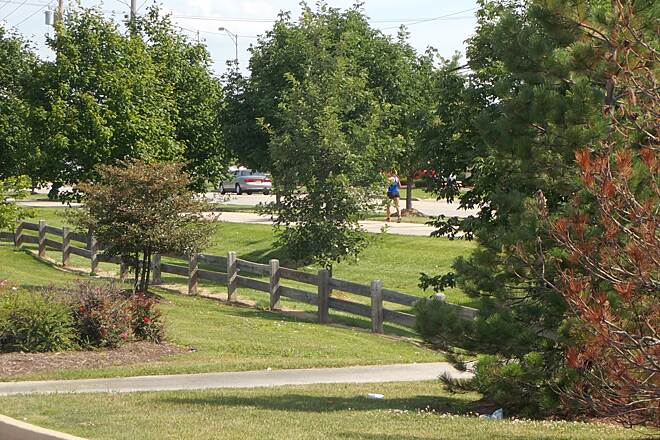 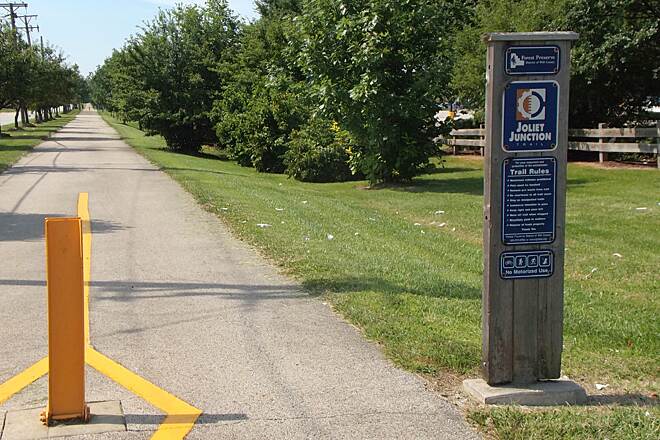 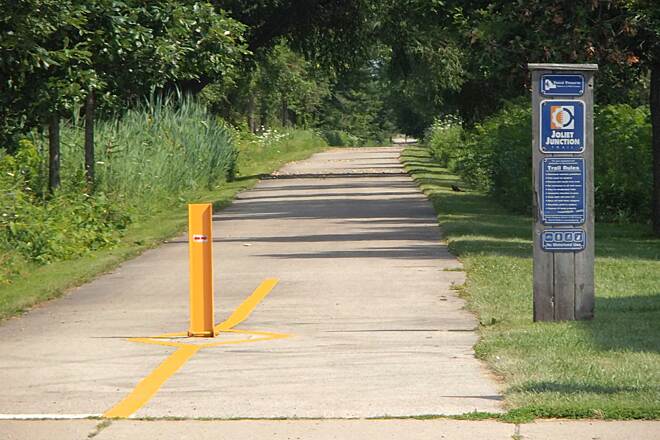 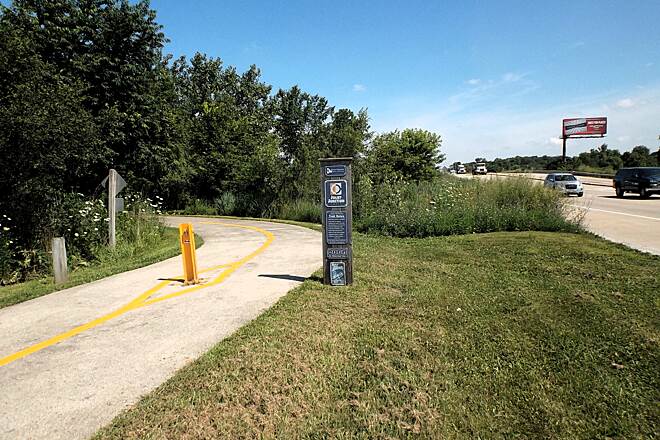 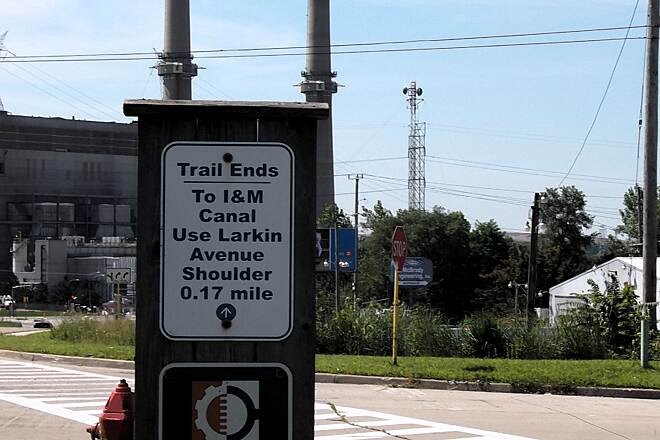 The Joliet Junction Trail is a paved path that travels north–south through the west side of Joliet. It occupies an abandoned Elgin, Joliet and Eastern Railway corridor that in its last years was known as the Joliet Junction Railroad. The trail is entirely at railroad grade. Now under the management of the Forest Preserve, the trail is mostly tree-lined and provides frequent sightings of wildlife.

To the north, the trail connects with the 11-mile Rock Run Greenway Trail in Theodore Marsh, a nature preserve in the city of Crest Hill. The Joliet Junction Trail begins by running through city neighborhoods, making it convenient to thousands of residents. Trail users should exercise caution at the number of at-grade street crossings along this section of the trail.

About half way along the trail, the adjacent land use becomes increasingly industrial. The trail goes on to tunnel under I-80 and bridge over an active rail line.

From the endpoint in the village of Rockdale, trail users can continue south on the shoulder of S. Larkin Avenue/State Route 7 for 900 feet to reach the 62-mile Illinois & Michigan Canal State Trail. The Joliet Junction Trail, Rock Run Greenway Trail and I&M Canal Trail combine to make a popular 16-mile loop through western Joliet.

Parking is available midtrail at Walmart (2424 W. Jefferson Street); in the northeast corner of the parking lot, look for the spaces marked with “Reserved Parking for Trail Users” signs. A short concrete connector will take you from the parking lot to the trail.

not a bad trail.

It’s clean with some recently repaired spots where roots broke through. Careful crossing by Walmart. Beautiful riding to the power plant.

This well maintained trail connects the Rock Run Greenway Trail to the I & M Canal Trail. The trail passes through a quiet suburban area on the north and through a more wooded and somewhat industrial area on the south.

Particularly to the north the wide trail accommodates side by side riding easily.

Overall a nice addition to the two above mentioned trails albeit too many busy streets to cross for 5 stars.

From Prison to Power Plant

This is a really interesting urban rail-trail. Nice to ride along imagining what the corridor was like when it carried a railroad. It's easy to see from satellite imagery how the railroad once continued on in the north to the Stateville Correctional Center; and in the south, to the electric generation station on the river.

For out-of-towners like us, it was great to find convenient parking at the big Walmart store on Jefferson St. It's rare to find designated trail parking at a business like this. Kudos to Walmart and the Forest Preserve for working this out together.

One day soon, we hope to get back and ride more trails in the Joliet area. Looks like a good place to do some serious trail-riding.

We rode this from the north end south to the I&M Canal path and then over to the Rock Run Greenery path. On the positive side, the surface is excellent. The flora is maintained well and the path is free of garbage.

On the negative side, the path goes through various local industrial and residential areas so you do not see much natural scenery. Furthermore, you have to cross man streets. The path is very poorly marked and the only map is at the northern terminus. Make sure you take a printed map.

The path is worth a ride but we will not do it again.

I live two blocks off the Joliet Junction Trail and ride it often. The map on this site is very misleading about the south end of the trail. There is no trail east of Larkin Ave. Another review unfamiliar with the area mentions this and I am certain they are correct. However, one can make the connection from the Joliet Junction Trail to the I+M Canal trail by traveling south along the west shoulder of Larkin Ave. for about 200 yards. It is a very busy road and I make my children walk their bikes. This connection has minimal signage going one way and none at all going the other way.

The trail is well maintained although much goes very close to industrial sites. There are several streets to cross. For all these problems, it is still very nice to find oneself in a place where one sees many rabbits and deer so close to an urban area.