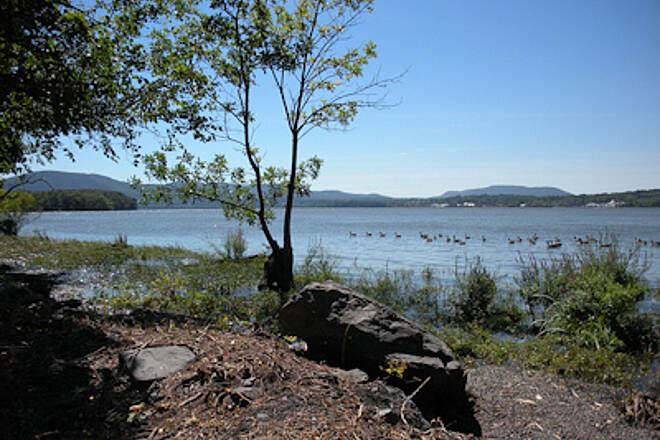 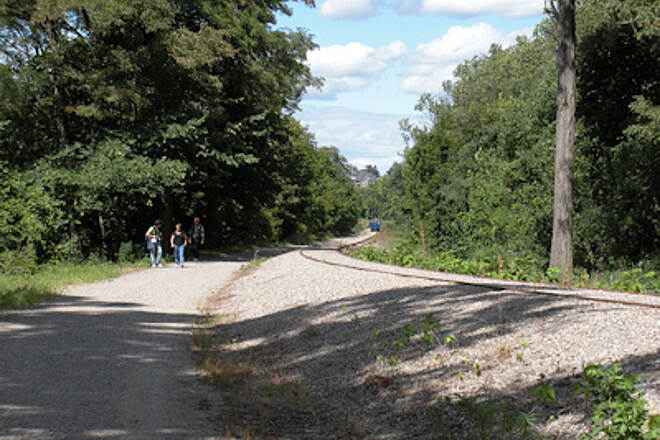 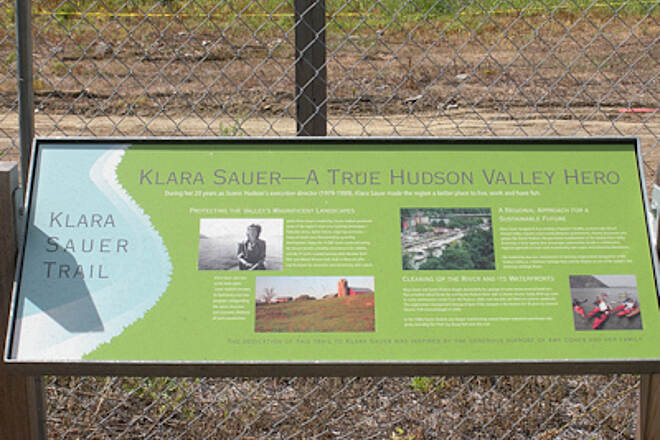 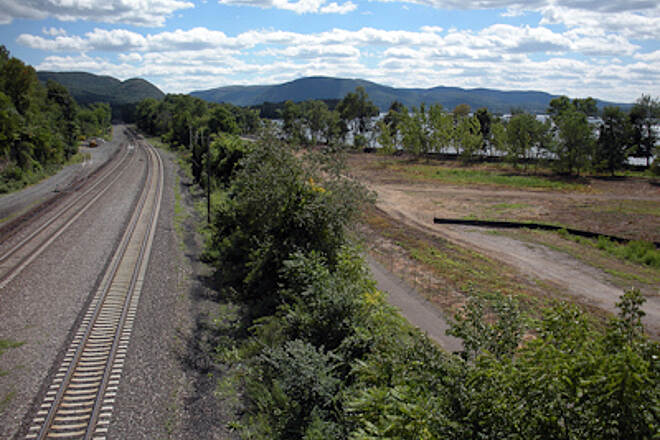 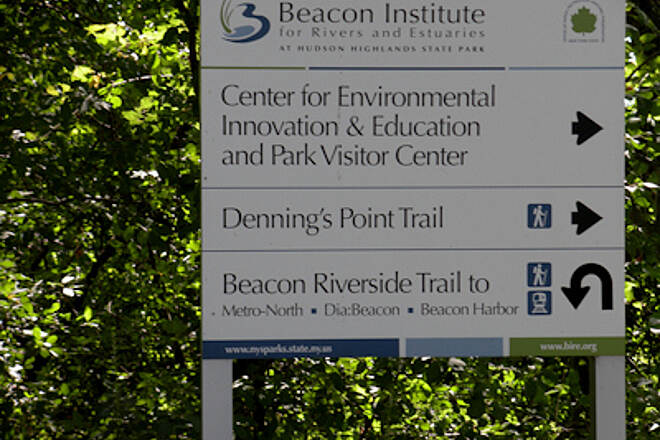 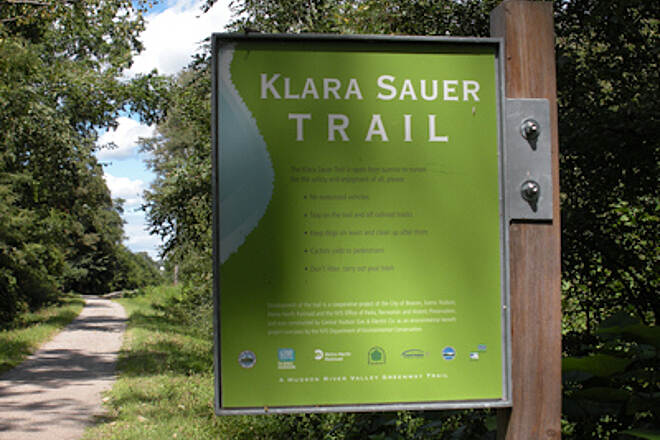 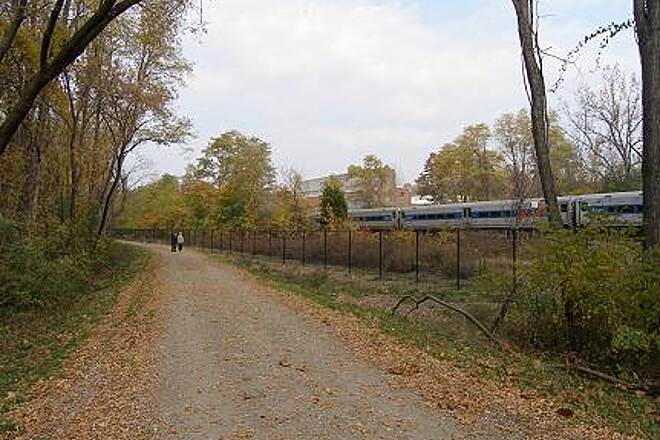 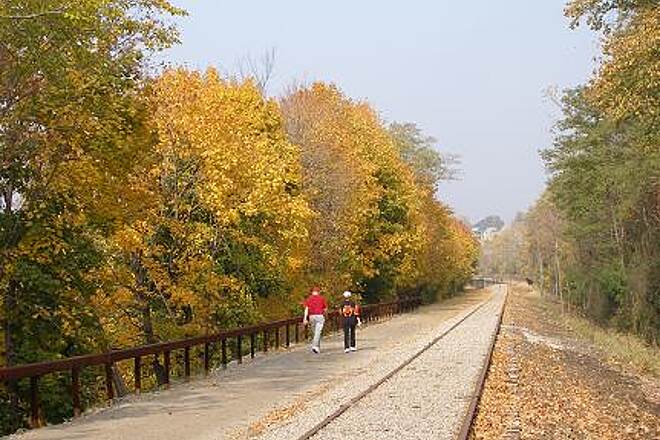 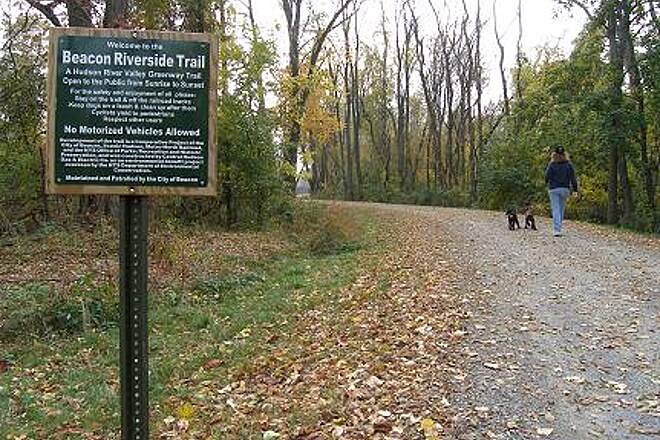 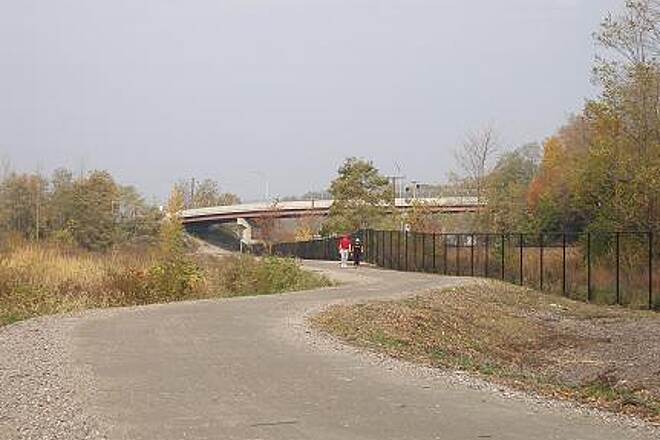 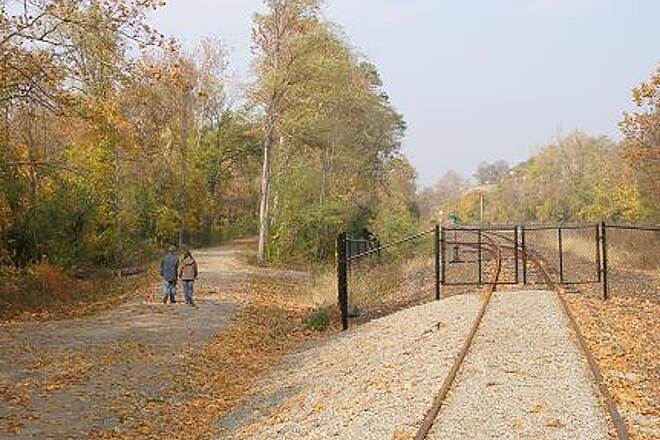 View Trail Map Send to App
The Klara Sauer Trail (formerly known as the Beacon Riverside Trail) runs for 1 mile along the Hudson River on the west side of New York's village of Beacon. The trail occupies the same corridor as the live commuter rail, between the Beacon train station and Dennings Point.

The trail is natural surface and wheelchair accessible. Cyclists, walkers and anglers use the trail, which also offers nice bird-watching along the river. You can link to another mile or so of trail at Dennings Point on the southern end of the Klara Sauer Trail. There are plans to link the trail to others in the area.

There is no official parking for the Klara Sauer Trail; however, during weekends the parking lot at the train station is usable.

Paid $3.50 parking at Metro on weekday; suggest you park free at the Pete&Toshi Seeger Riverfront Park next door, north. Klara Sauer Riverfront Trail ends south at Dennings Point State Park which on a map shows a 1.2 mile loop trail. Caution: Only the riverfront half of the loop is accessible and only by walking - at some parts too narrow a path for bikes. The 2nd half of the loop is now an ESTUARY. The weeded, rooted, overgrown remnant of trail is trouble for anyone not heeding the warning signs to turn back.

Not exactly a rail-trail, but still rail-related

This trail follows the path of the Beacon Line, but offset but 30' west. This line used to run from Beacon, taking off from the Metro-North Line and heading up to Hopewell Junction. The tracks are still in place, so the trail has to be offset. You can park at the station (free parking on the weekends) and head south. You can also park at the Denning's Point parking / trailhead, which connects to the Klara Sauer Trail.

There's another trail on the other side of the road bridge over Metro-North which is not rail-related. It connects the Denning's Point trail to Tioronda Bridge, which is a historic bridge.

The Beacon Riverside trail was renamed and dedicated to, Klara Sauer last year during the year long 2009 Quadracentenial events on June 7,2009.

This 1 mile (.9 miles from the signs at either end - another little bit to Denning Rd.) unpaved trail follows alongside the ocasionaly active MNCRR 41 mi. Beacon-Danbury ranch line and the very active Hudson line (MNCRR Amtrak CSX)This trail is that unique 'beast' known as a rail WITH trail.

There is no fence seperating the trail from the rail at the southern end and, most odly, the track was almost completly covered with a fine gravel, like for the trail.Only the tops of the rails were exposed, and even more unusual, where the BD line connects with the Hudson line, there was a gate. I had seen the gate in a photo of this trail at this site (see photos) the gate has, since that photo,
been wrecked by something very big like a ... train. At the north end alongside the Hudson line, there was fencing around the perimiterof the construction area along the river for the expansion of an existing park partialy obscuring the wonderful view of the river

Longer then it looks

"The Beacon trail itself is a mile long but it ends at Demming point park which has a trail that's about a mile loop. It's wide, flat and bikes are OK. It's a three mile trip all total. A short bike ride or a nice walk."

"With a trailhead located directly at Metro North's Beacon commuter rail station and the scenic Hudson River coming to within 50 feet of the trail's right-of-way, this is one of the Hudson Valley's best located trails.

Ample free parking is available on weekends at the train station for those driving here. The trail surface is hard-packed; suitable for biking or walking, but not in-line skating.

Views are wonderful and downtown Beacon is within a short walk for those in need of food or drink.

Don't miss this one!"