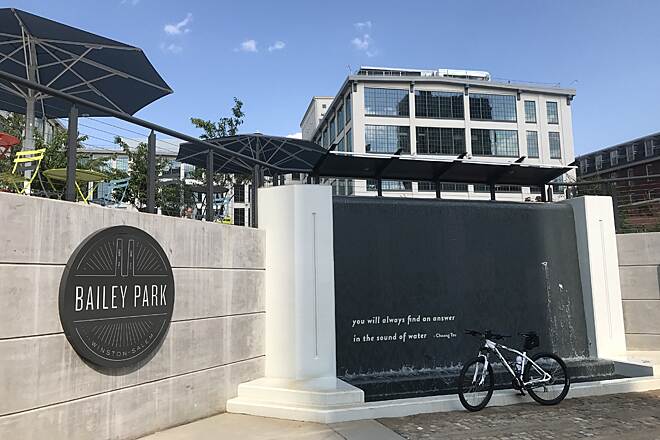 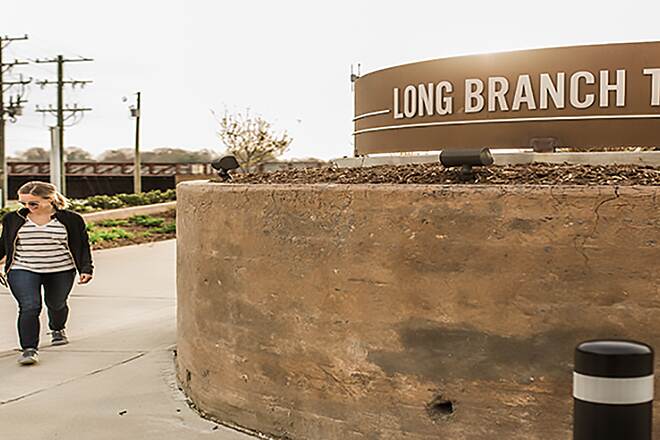 In the 1870s, the arrival of the railroad into Winston-Salem helped spur the growth of its tobacco industry. Those factory buildings and warehouses survived into the present day and have been rehabilitated to house new kinds of industries – biotechnology, clinical services, digital media, information technology, and advanced materials. This redevelopment is known as the Wake Forest Innovation Quarter, a live-work-play district with more than 100 companies and five academic institutions. The former Norfolk and Western Railroad has in turn been converted into a 1.7-mile paved trail. Its name, Long Branch, comes from the old African American neighborhood that once occupied a big portion of the present-day innovation district.

The trail starts at Martin Luther King, Jr. Drive and heads south along the former rail corridor, until just after Third St, where it peels away from the rail bed and becomes parallel to Research Parkway. It then crosses Rams Drive and over a bridge across Salem Creek. A connector trail links it to the Salem Creek Greenway.

The Long Branch Trail is open to walkers, joggers, cyclists, people walking dogs or pushing strollers. Given its location right in the heart of an economic hub, it makes for a convenient conduit for employees and students to move around the Innovation Quarter.

The rail-trail was officially opened in April of 2018.

Parking in the gravel lot east of the Third Street bridge.

It is a nice trail but the way it cross research parkway is dangerous in my opinion. It is after a turn and vehicles can’t see you crossing. Sometimes it is easier to ride on the road .