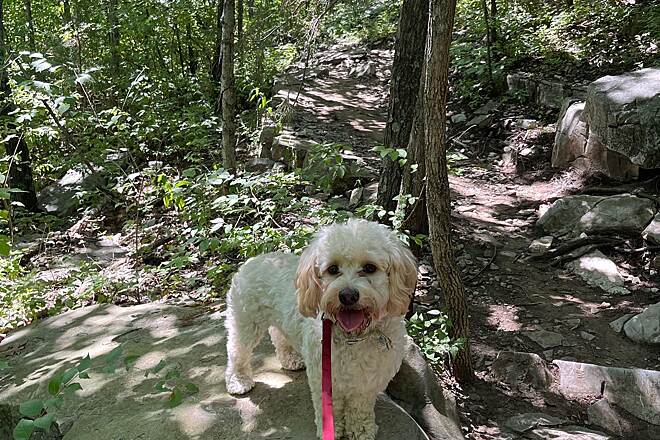 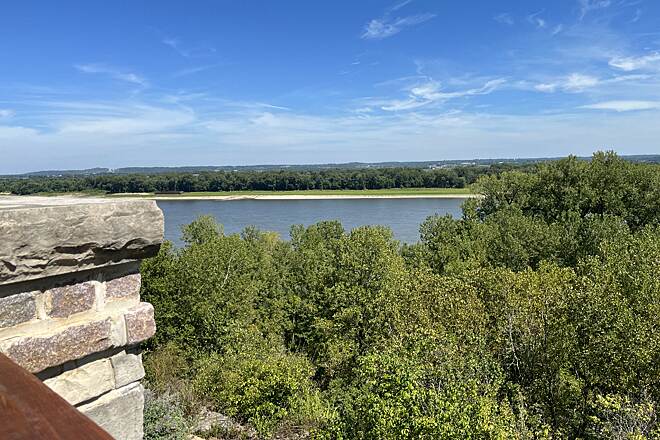 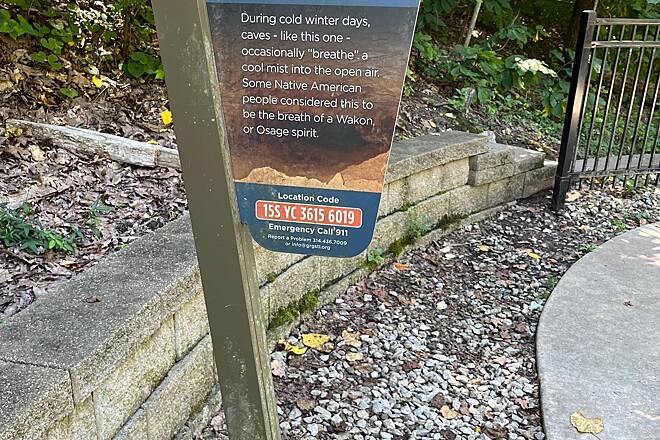 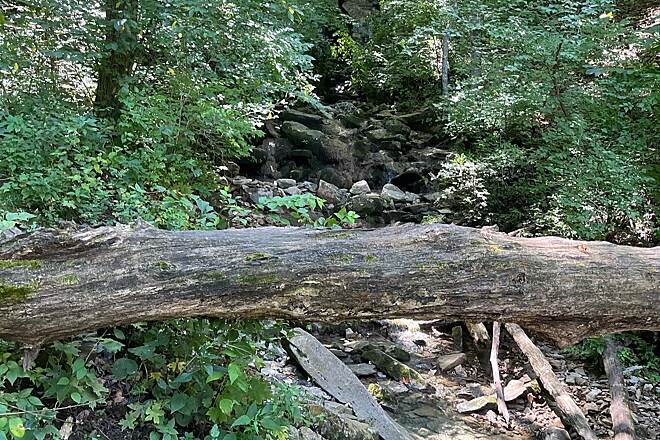 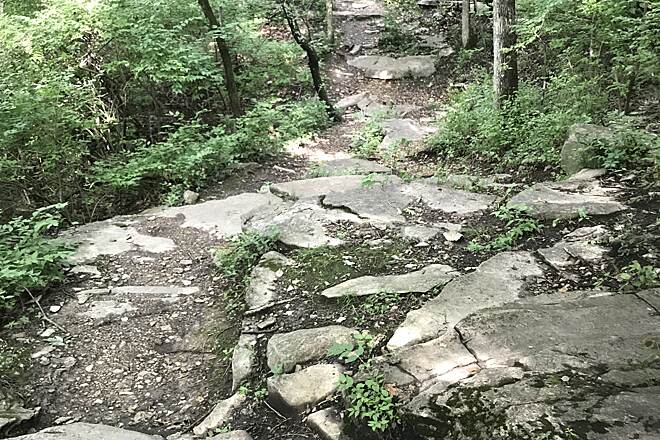 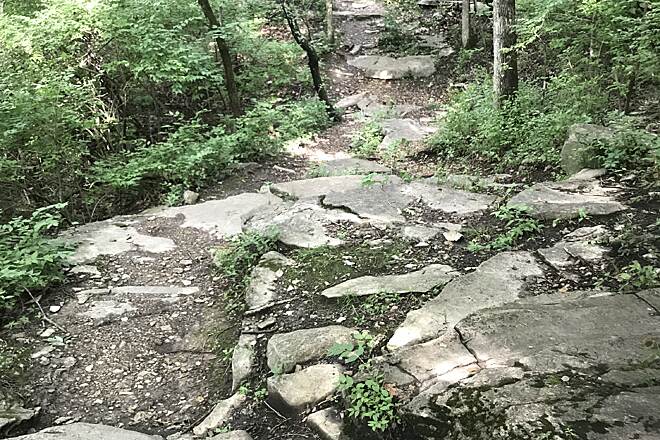 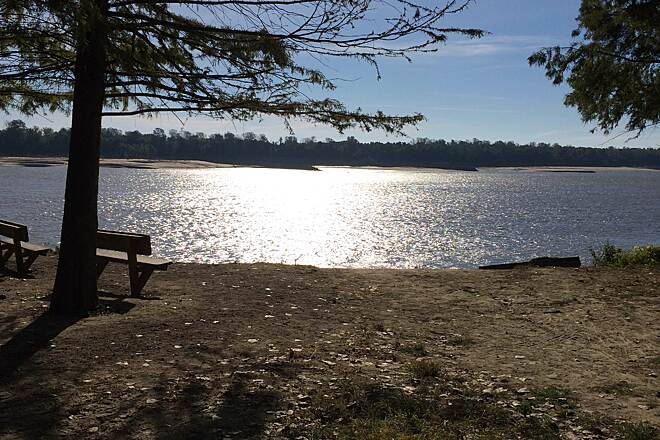 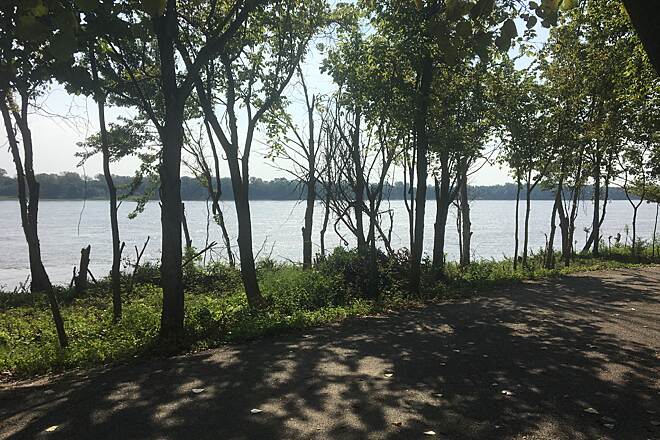 The trail is currently completed in two disconnected segments. The longer, southern section begins in the St. Louis suburb of Oakville in Cliff Cave Park, named for a deep limestone cave (the second longest in the county) which is home to a colony of endangered bats. Surrounded by neighborhoods, the paved pathway is an important community asset. Bottomland trees, like cottonwoods and silver maples, dot the route and you can look for great blue herons and egrets in the wetlands as you pass by. Amenities within the park include parking, restrooms, picnic shelters, and scenic overlooks of the river.

North of Cliff Cave Park, another segment of the greenway begins in Jefferson Barracks Park and continues northward a short distance to Lemay. This section is also paved and provides connections to the park’s other trails, parking, restrooms, and river overlooks. The “barracks” in the name comes from the fact that this was a U.S. Army post between 1826 and 1946; historical buildings and a museum within the park provide more information about its interesting history.

In 2016, construction will begin to connect the trail to the River des Peres Greenway, which lies north of Lemay.

North of downtown St. Louis, the St. Louis Riverfront Trail continues the route along the Mississippi River another 11 miles.

This park never disappoints. The scenic overlook is breath taking and the trails thru the woods are shady and peaceful. Everything is well marked, and the posts of random information are interesting. Just lovely and dog friendly. Lots of trails, wooded, river front, and cave. Different lengths as well.

There is a MTB trail that begins at the top of the hill near the overlook. Not a great trail for a 1st time rider but good if you have been at it awhile. Goes from Blue to Black in some spots. There is also a nice 3 foot drop that can be done. Go only on dry days as this trail can get slick fast.