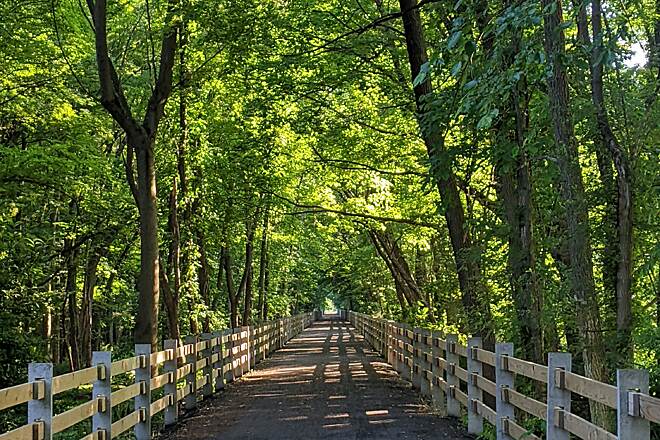 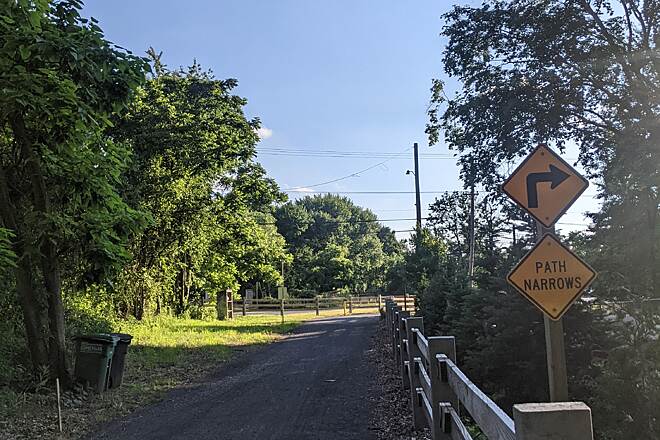 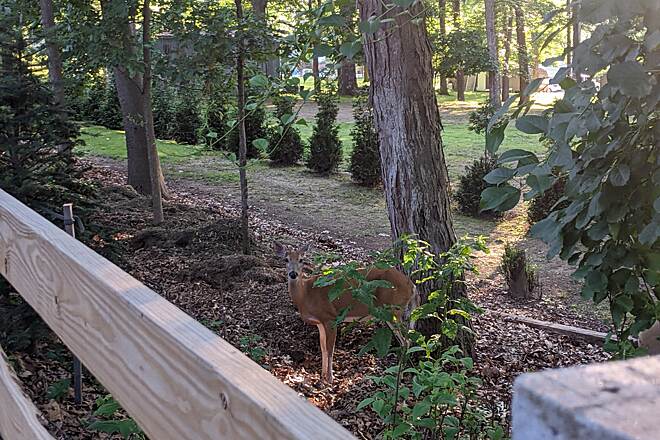 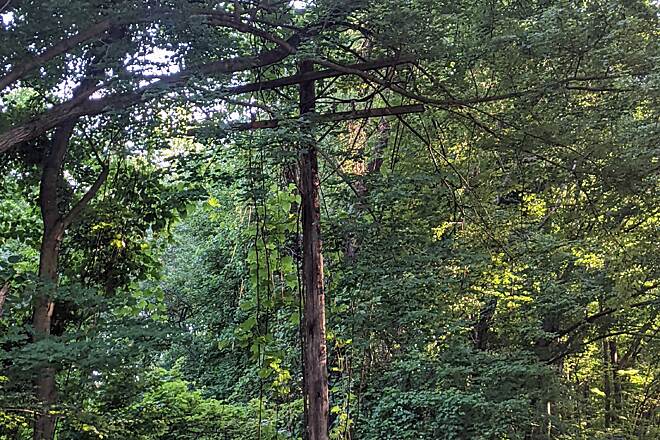 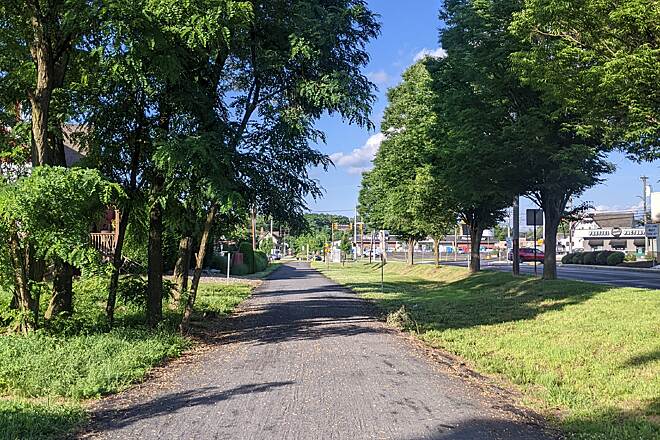 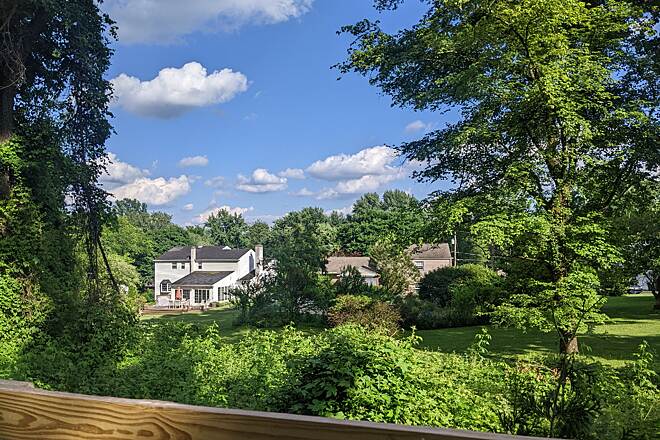 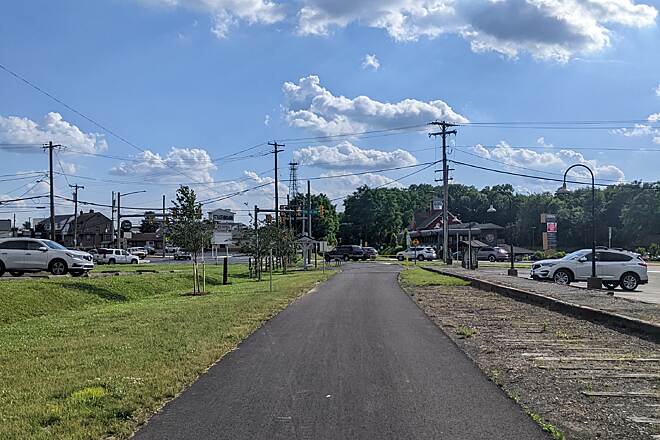 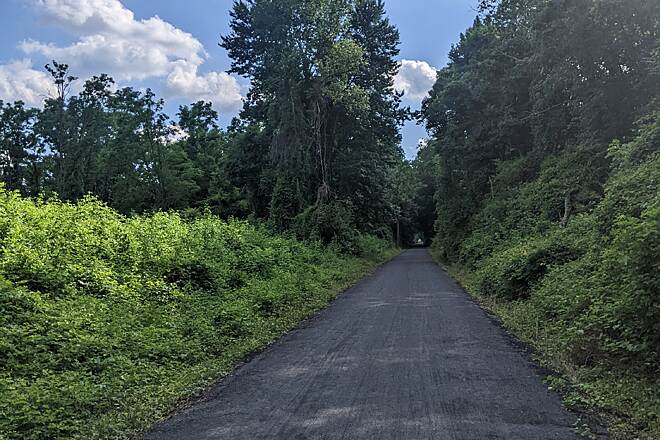 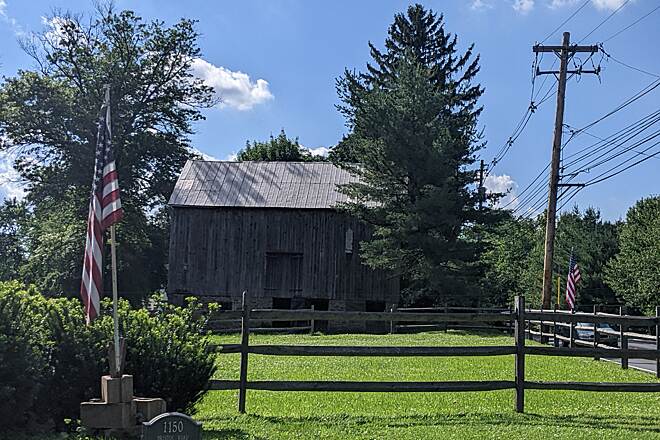 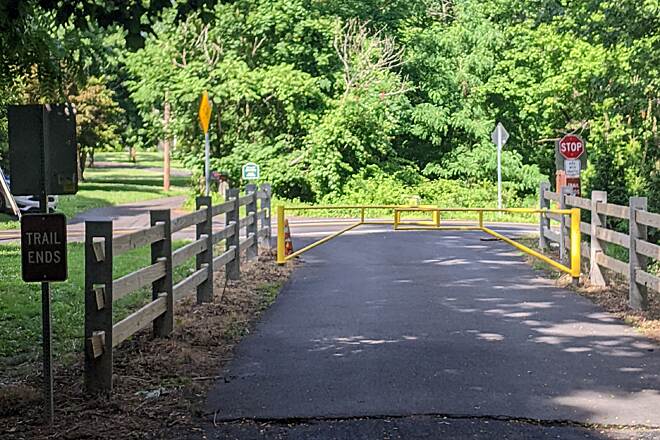 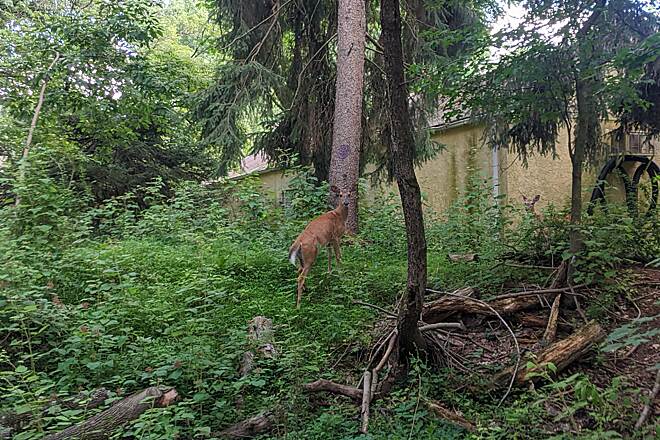 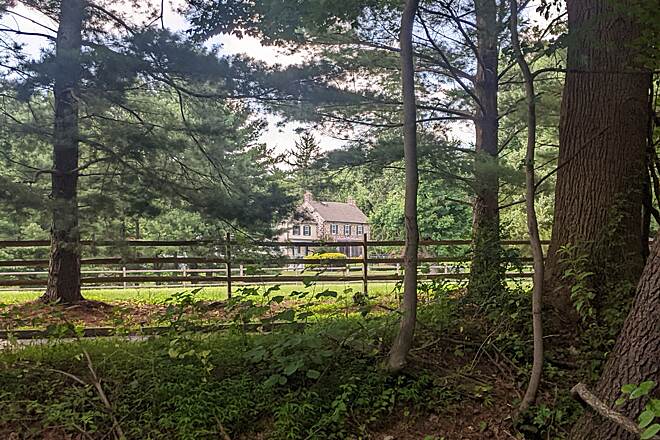 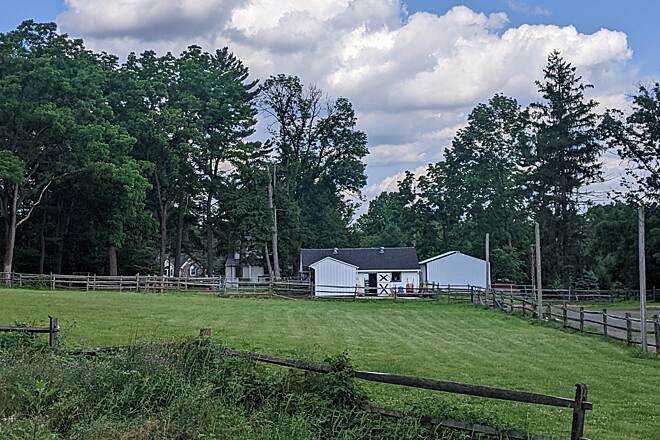 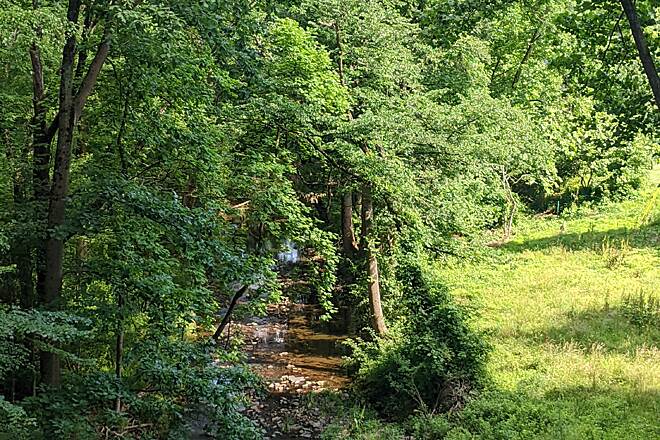 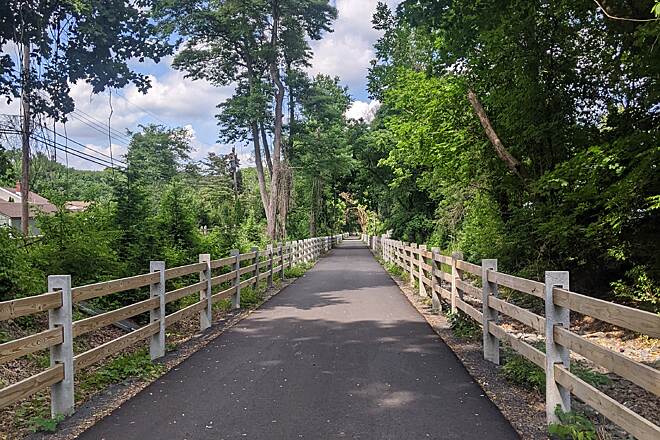 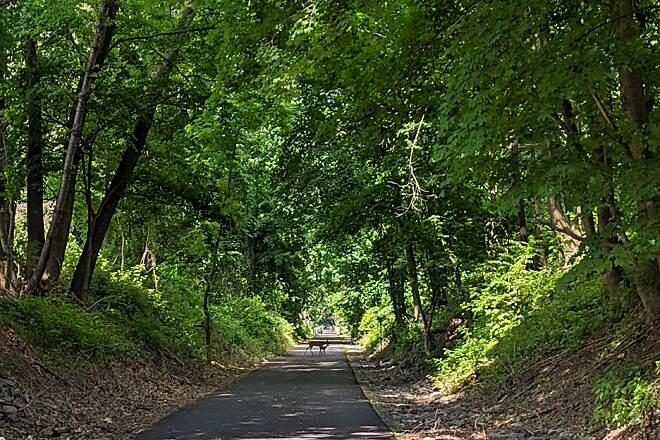 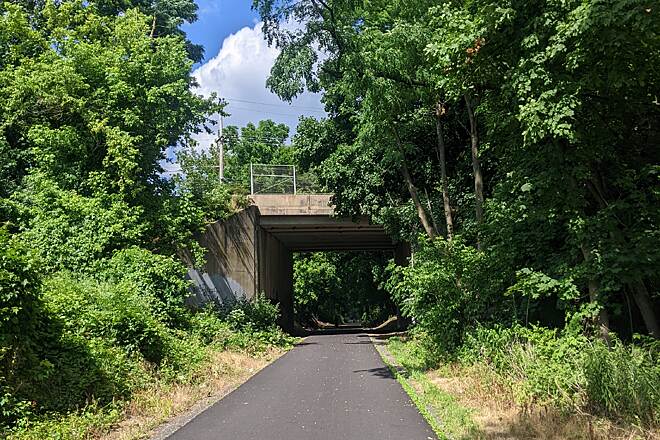 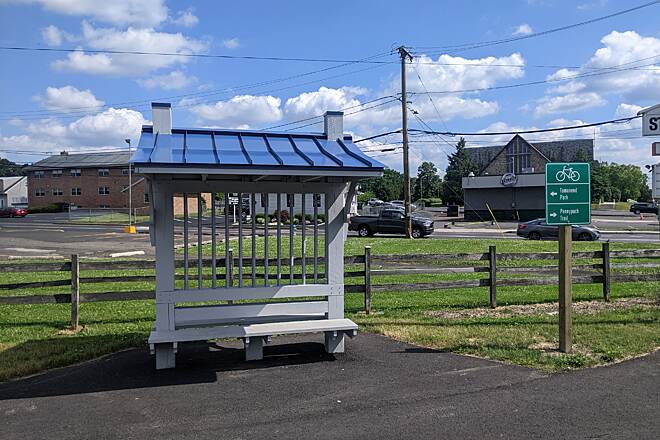 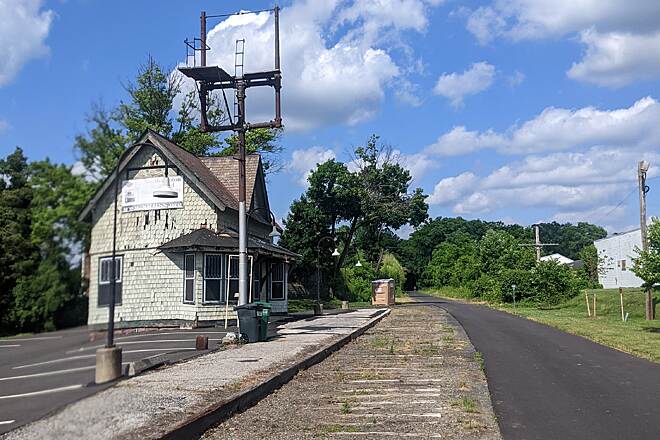 The Newtown Rail Trail will one day stretch from the Fox Chase neighborhood of northeast Philadelphia to Newtown Borough, connecting Bucks and Montgomery Counties by trail. Along the way, the crushed-stone pathway will also travel through Upper Southampton, Northampton, and Middletown Townships, and provide access to Pennypack Park, the Churchville Nature Center, and Tamanend Park. The rail-trail is being build along the former Fox Chase-Newtown rail line, which ended service in 1983.

The long held goal of building this multi-use trail connecting Newtown to Philadelphia took a major step toward becoming a reality when officials in Upper Southampton Township officially opened 2.5 mils of the trail in the spring of 2022.

The Newtown Rail Trail begins at County Line Road, directly opposite the northern terminus of the Pennypack Trail, a rail-trail that extends south through Montgomery County to northeast Philadelphia. Both trails follow the route of the former SEPTA Fox Chase-Newtown Railroad, which was abandoned in the early 80's.

The level, 12-foot wide crushed stone trail extends northeast from County Line Road, passing through wooded, residential neighborhoods to downtown Southampton, where it crosses Route 232. There is a trailhead adjacent to the former Southampton train station with ample parking available. The station itself is undergoing restoration work. Crushed stone gives way to asphalt as the trail passes beneath Route 132 and continues through more residential communities to Tamanend Park, where a second trailhead is located, along with restrooms.

The trail's surface reverts to crushed stone northeast of Tamanend Park and the homes are further back, giving this section a serene atmosphere. Birds can be heard singing in the surrounding woodlands and herds of deer can often be seen in the brush, sometimes coming right up to and crossing the trail. After passing high above Mill Creek, the trail continues between Gravel Hill Horse Farm and the grounds of St. Mark's Anglican Church to Churchville, where it currently ends at Bristol Road. Plans call for the trail to be extended further through Northampton, Middletown and Newtown Twp.'s to Newtown borough by the late 2020's.

Like other Philadelphia area multi-use trails, the Newtown Rail Trail is part of a trail network called the The Circuit and will eventually connect to the Neshaminy Creek Greenway, as well as other trails being developed throughout southeastern PA and southwest NJ.

Parking is available at the former Southampton Train Station (613 2nd Street Pike) and at Tamanend Upper Southampton Park (1255 Second Street Pike, Southampton). To reach the parking at Tamaend Park, cross the one-lane bridge and just before the “Do Not Enter” sign turn right. Parking is 50 feet on the right. Restrooms and water are also available.

Great trail! We started by the Southampton train station and went about a mile and a half in (direction of Tamanend Park) before we had to turn around. Trail was asphalt then turned to small gravel by Tamanend park (about 3/4 miles in). Trail was shady and peaceful- well maintained and quiet. Perfect for my 7 year old to bike on while I ran. We can’t wait to go back!