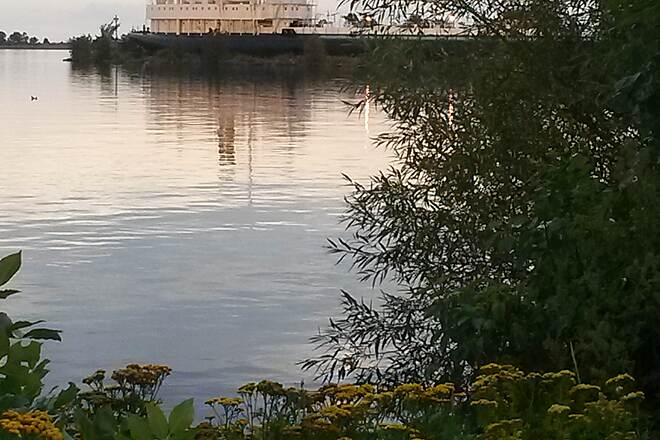 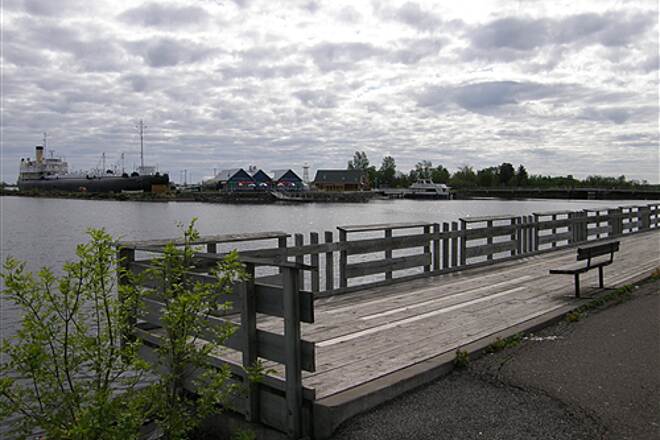 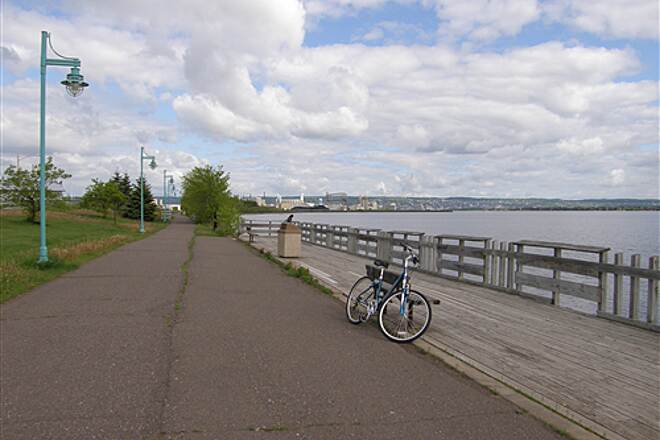 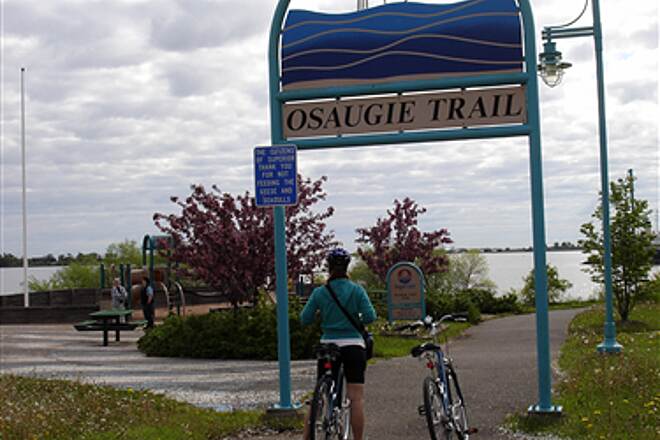 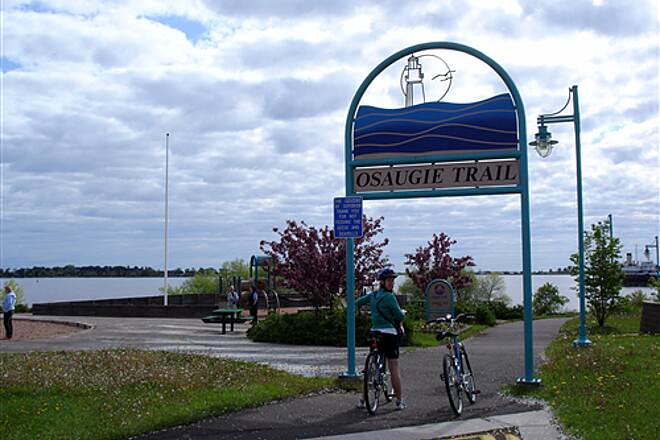 The Osaugie Trail leads users past various landmarks along Superior’s waterfront, including the S.S. Meteor Whaleback Ship Museum, Barker's Island, and the Burlington Ore Dock, where the Edmund Fitzgerald set out on its last ill-fated voyage in 1975.

Located at the trail’s western end, the Richard I. Bong Veterans Historical Center features several exhibits about the flying ace, as well as a real Lockheed P-38 Lightning aircraft. From the opposite end of the trail, cyclists and pedestrians can travel on-road to reach scenic Wisconsin Point. The natural peninsula features miles of beautiful beaches, a working lighthouse and stunning vistas of nearby Duluth, Minnesota.

The rail-trail continues eastward from Superior to Ashland—a distance of over 60 miles—as the unpaved Tri-County Corridor Trail.

Parking for the Osaugie Trail is available at Bear Creek Park on Moccasin Mike Road and Harbor View Park on E. 2nd Street/US 53. Additional parking can be found where the trail intersects Marina Drive.

This is a fun trail if you like urban and scenic mixed together. Lots to see and explore along the way. Best signage on a trail we've ever seen. Take time to see the Bong Museum, great displays and history of the area. The bridge onto Barkers Island is a nice connection and a safe, relaxed place to ride.

North 3 miles is a great ride along the waterfront. Don't miss Barker Island. The section from Bong Museum to Loon Point has been recently paved and is a nice ride. From Loon Point to the south end at Moccasin Mike Road (about 2 miles) there are transverse open joints at 20 ft. intervals that makes this the roughest ride I have experienced. To avoid the bumps take the parallel residential streets. Public restrooms at Loon Point and the Bong Museum.

Trail in good shape. Lots of signs telling you what businesses are off the trail and which direction. It's all black top.

Trail in good shape. Lots of signs telling you what businesses are off the trail and which direction. It's all black top.

started at the Bong Museum and rode out to Wisconsin Point and back. 20 mile round trip, a little bumpy at times but very nice.

started at the Bong Museum and rode out to Wisconsin Point and back. 20 mile round trip, a little bumpy at times but very nice.

Do not park at Bear Creek Park--the trail is SO bad there. You can park at Loon's Foot landing & bike north. You can head onto Barker's Island and ride the island. The trail also heads further north passed the island too all the way passed Superior Bay north to the playground. Nice trail overlooking the water.

The city of Superior tried to create a trail, but it appears to have abandoned the effort. I rode from the Bong Museum to the Tri County Corridor. This is a trail in need of some major repair work. There were weeds two feet tall growing through the pavement in many places. The bridges had 4 inch cliffs to overcome at the approaches. When I got to the boat landing, fish cleaning location by the old ore dock, it became apparent that this was an ATV trail that accidentally had some pavement next to it. The ATV trail actually had fewer weeds than the paved portion. Calling this a rail trail suitable for biking is an affront to all those who do rail trails properly. I have ridden on trails elsewhere in Wisconsin with ATV trails along side of a paved bike/hiking trail and they, while not pleasant to ride were acceptable. This trail has been trashed and the biking/hiking part of the trail should be abandoned until they want to do it right.