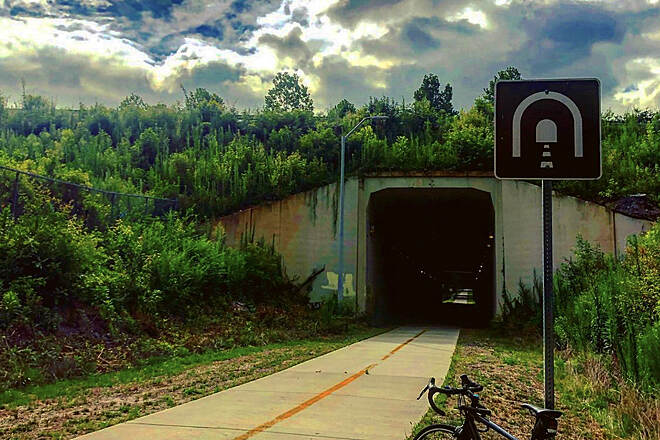 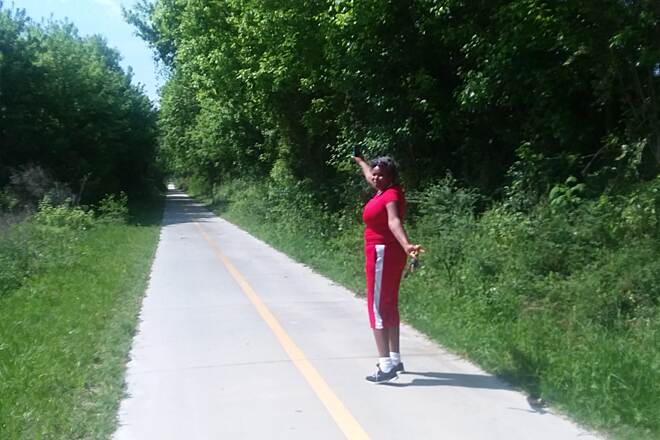 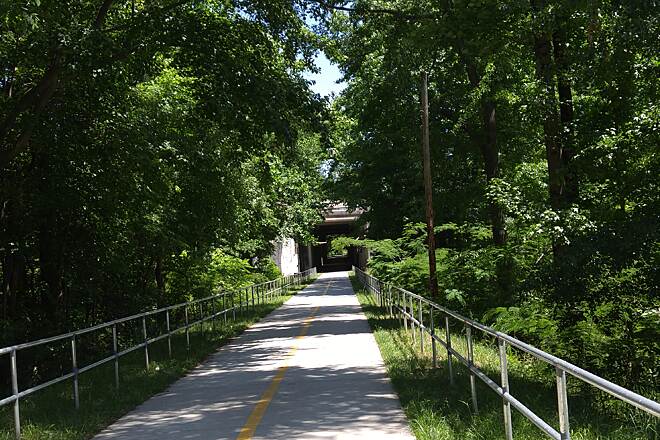 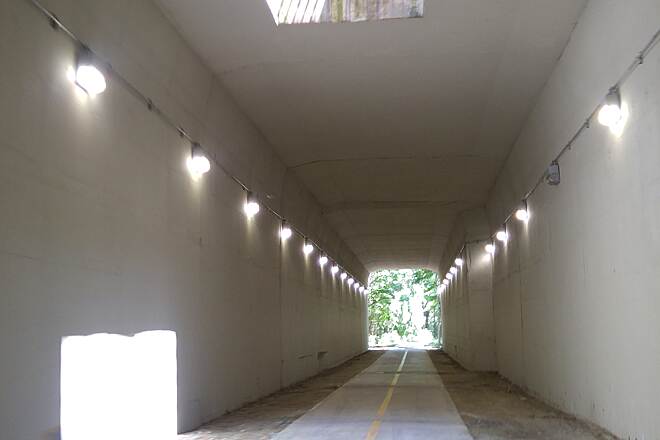 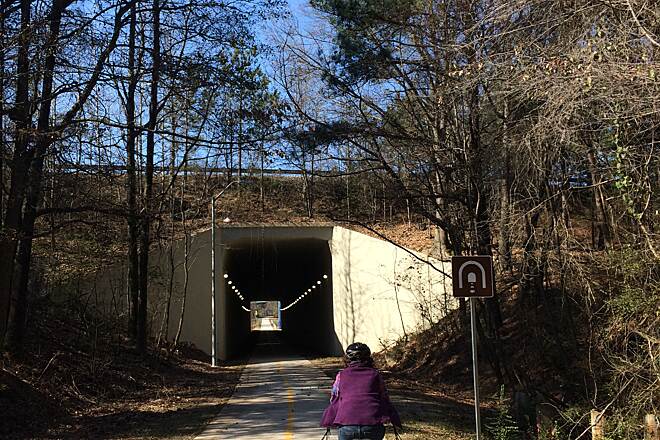 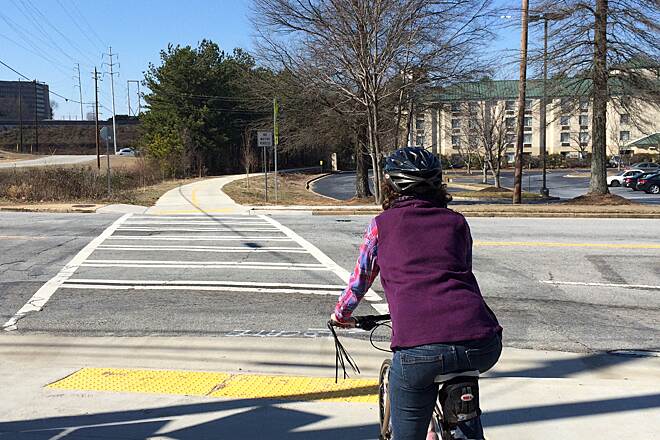 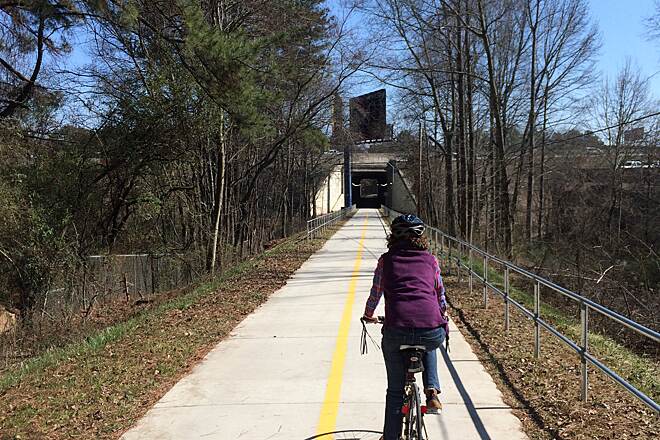 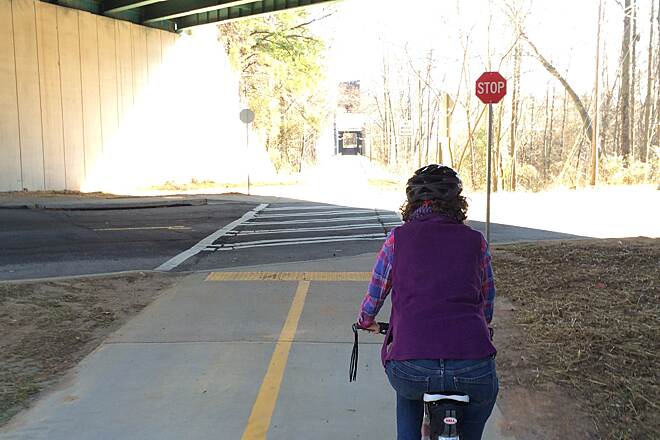 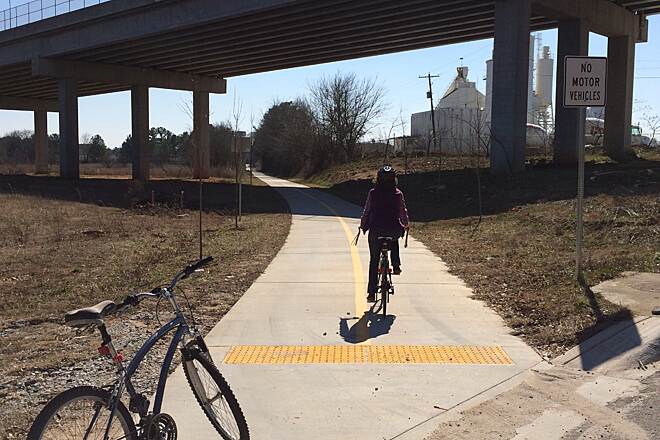 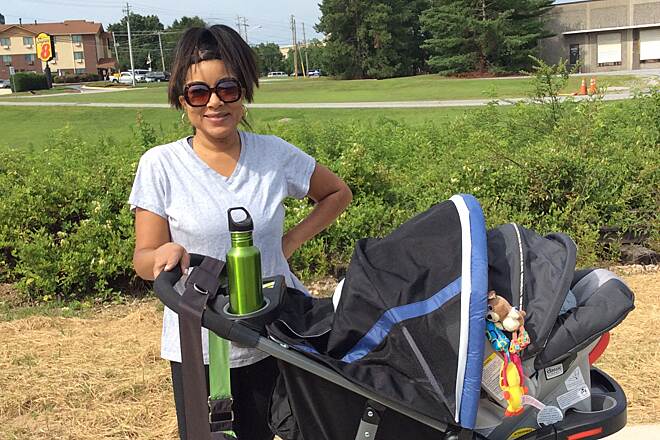 The trail allows hotel guests to get some exercise, while also providing a convenient route to reach College Park’s downtown area and MARTA train station via the sidewalk along W. Point Avenue. An underpass offers a safe crossing of busy Interstate 85 along the way.

No dedicated parking is available for this trail; parking may be available at nearby businesses along the trail route, but be sure to follow any posted parking signs and regulations.

Great trail u would never know it there tho ..I had a blast definitely going back love the Bridge and the under pass where pretty awesome to run threw…¿¿¿¿¿¿

Neighborhood Restaurant of a Trail

The Phoenix Trail in College Park doesn't carry many superlatives - it's not especially long and it's not especially scenic (it mostly passes through light industrial and hotel areas), but like a solid neighborhood bar or restaurant it's reliable, predictable, easy, and loved.

Actually, I think it does deserve a superlative - this might be the #1 trail for plane-watching. It's right next to Hartsfield-Jackson ATL Atlanta airport, the busiest in the world, so planes will drop down right over your head. At first this can be unnerving if it catches you by surprise, but is pretty fascinating once you're used to it. From the southern end of the trail, which dead ends at airport property, there's a great view of planes coming in to land on ATL's fifth runway.

I visit this trail at least once a month for biking and it's steadfast in being a great escape. I live in the Tri-Cities south of Atlanta (East Point, College Park, and Hapeville - put Outkast on your headphones), so I bike to the trail itself. Downtown College Park, with many small shops and restaurants, is just another mile on a slow and quiet road from the northern end of the trail. While I don't think there is any official parking for it, the Ruby Tuesday and Sleep Inn parking lot is adjacent to the trail and rarely crowded.

My son and I hit the trail on a Sunday morning. We parked along side the road near the Marriott hotel closed to the Marta stop. Some parts of the trail are very secluded but noticed that College Park police were along the trail.

Well done 2 Mile Rail Trail with a skylight in the tunnel and safe Crossings. Serving many hotels on the route but unfortunately is in the backyard through the woods with a fenced area, so no real access. One can park at the Holiday Inn Express or Ruby Tuesday or Microtel or La Quinta and then ride the 2-mile trail.

Very secluded. I was the only person on the trail. Good scenery and a decent distance if you walk both directions. Also excellent walking surface. Kind of difficult to find. No parking at either end of the trail. If you plan on using the trail park at Ruby Tuesdays. Overall I recommend it.

Excellent addition to the southside

I've lived in College Park most of my life and have been exercising mostly on city streets, or at Badgett Stadium, for years.

So I was very pleased to see the Phoenix Trail created. The trail is clean and mostly very flat. I believe that is because part of it was created over a former, long-unused railroad spur.

The trail feels safe and is easy to get to... although if you didn't know where it is, you'd probably never notice it, since the entrance is located off of Sullivan Road in kind of an industrial/hotel section.

My only addition might be to have an emergency phone, in case one had an injury and needed to contact medical help.

I believe it was built mostly with hotel customers in mind, based on the location, but it's a great amenity for we local folks too. Thumbs up!

This is a nice addition to the College Park area. The trail is clean and well kept. Lots of greenery around to help you forget about the hotels and surrounding office buildings. Very quiet and peaceful. On the other hand, I'm pretty sure it's still a work in progress. The trail opened in the Spring. There are no mile markers, police call boxes or doggie poop bags available along the trail. Also lacking is signage and parking access. We parked in the Ruby Tuesday lot on Sullivan Rd. I live in the city of College Park and it took a friend and I 30 minutes to locate the trail. Another concern is the lack of bicycle police on the trail. I would not walk this trail alone. If you have a buddy who can tag along, don't let these little details deter you from checking it out. I'm certain the city will tackle these items in the near future. I'll be back out there tomorrow.