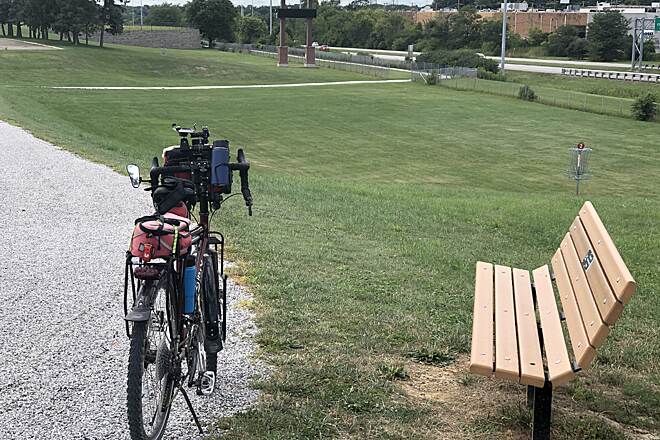 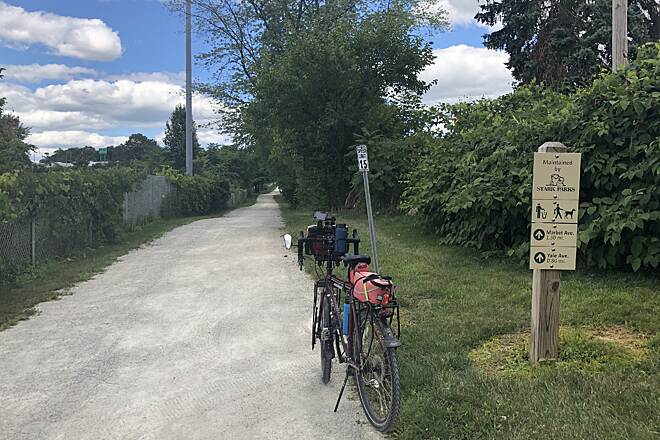 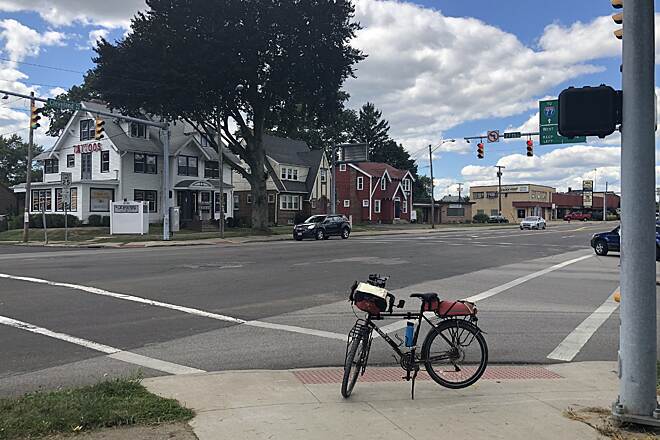 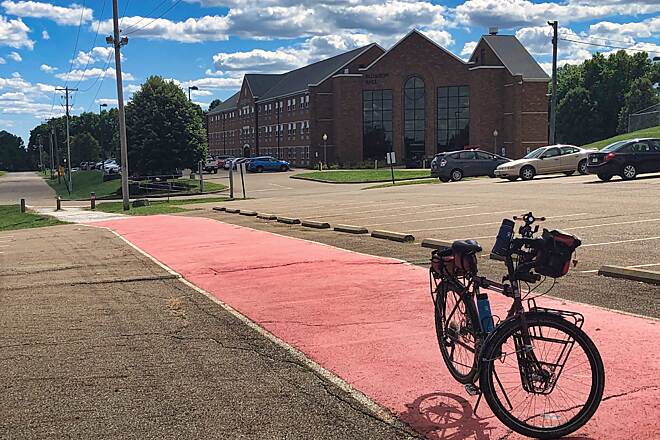 The Pioneer Trail flows east-west between Market Avenue and Cleveland Avenue. The crushed limestone trail is short but is part of a plant to connect the Middle Branch and West Branch trails. At present, the trail winds through the grassy fields of Harvard Park and then into the adjacent Weis Park, which features a large picnic shelter as well as volleyball and shuffleboard courts.

The trail emerges on Harvard Avenue. Between Harvard and Yale avenues, the trail goes up a slight incline along the edge of a large parking lot on the Malone University campus, but it's distinctive red color helps reassure users they are still on the the right track. Turn right on Yale Avenue, and continue north on the street until parking area where the red trail is visible again. From there, the trail traces the perimeter of the campus before ending at Cleveland Avenue.

I rode almost 2.5 miles on an out-and back ride on the Pioneer Trail. The trail runs along the northern perimeter of the Malone University campus in Canton, Ohio. It runs from Market Avenue on the campus’ east side to Cleveland Avenue on the western end of campus. The trails surface consists of mostly crushed limestone and some chip and sealed surface on the hillier portions of the campus. While the surface is what I would deem as okay, I would recommend wider tires if riding this trail as there are a lot of soft spots. The chip and sealed portion of the trail has a lot of loose gravel which could make some of the trail turns treacherous when you are going downhill. The entire trail would benefit from being compacted with a heavy roller.

Visually, the eastern half of the trail is more pleasing on the eye as you ride through much of the university’s athletic fields. From mid campus west you drop below the plateau the campus buildings are built upon and you don’t see much of anything as to ride along Highway US-62 until you reach Cleveland Avenue. Because of its short length, I see this as more of a running path for Malone U. students.

This trail would be vastly improved immediately if it was extended beyond Cleveland Avenue NW along 27 St NW until it ran into the West Branch Trail. According to TrailLink.com the plan is to eventually extend this trail so it would connect Ohio's Stark County's West Branch and Middle Branch Trails. When the Pioneer Trail connects these two trails I will rate it much higher.