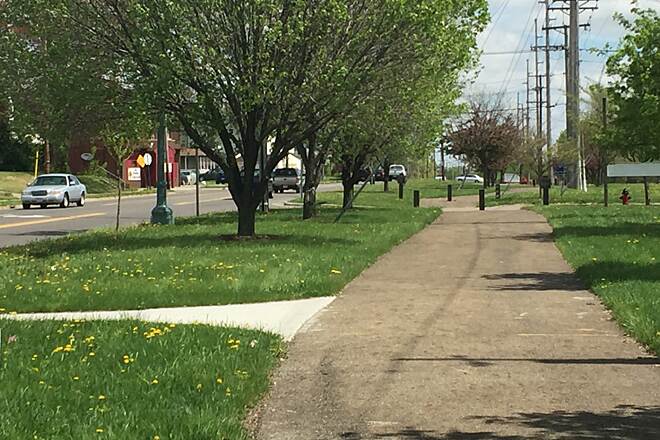 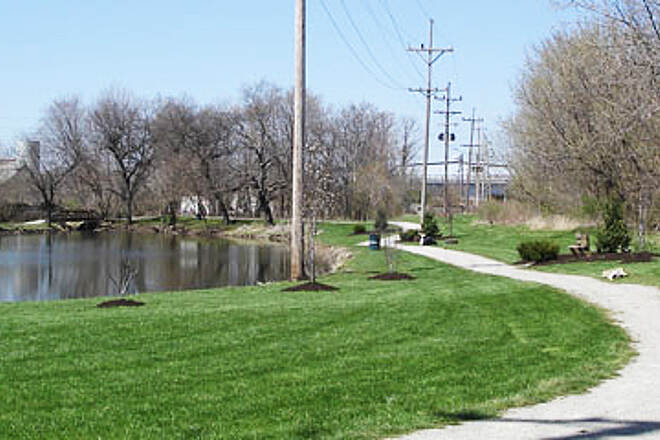 The Stark Electric Railway Trail runs on a former interurban rail line that linked Canton and Salem via Louisville, Alliance and Sebring from 1902 to 1939. The company was nicknamed the ‘Bachelor Railroad’ because most of its executives were unmarried. Through the 1930s the line was busy, but buses were less expensive to operate and the train eventually ceased operation.

In 2001, the Stark County Park District constructed the first segment of trail along State Route 153 between Hilcher Avenue and Kirby Avenue on the eastern edge of Canton. Long-term plans call for the extension of the trail eastward along the former rail corridor to Alliance.

While there are no official trailheads for the Stark Electric Railway Trail, parking can be found just off Mahoning Road NE/SR 153.

Is a One Mile Trail Useful?

The Stark Electric Railway Trail is a short trail (1.15 miles) that traces the former interurban steetcar route that used to exist along Mahoning Avenue in Canton, OH. The asphalt trail surface was in good condition. I started at the corner of Kirby and Mahoning Avenues and rode southwest on the trail to it's listed endpoint at the corner of Hilcher and Mahoning Avenues. However, the sidewalk/bike path still remains wider than a standard sidewalk until you reach a small memorial park honoring the armed forces and police and fire officers at the intersection of Royal Ave, 15th Street, and Mahoning Ave., NE. I found that crossing the intersection of Harmont and Mahoning Avenues near the center of the trail was tricky because of the volume of traffic. While this trail commemorates the former electric rail line that existed here, unless there is some future plan to lengthen this trail or connect it to another, it seems pointless.