Looking for the best Birding trails around Alexander City? 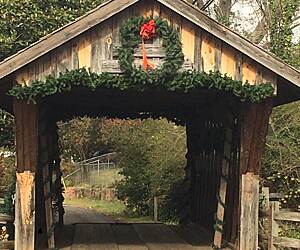 Parked at an old farmers market at the very north end of the trail. Rode both spurs on the south end to their ends and back 11 miles TOTAL, so 5.5 miles of trail not 7. Fresh, smooth asphalt about 40/60 shaded/sun. Nice ride, nothing special.

the whole trail has been newly paved!

So excited that this quaint little trail in valley, Alabama has been completely repaved. While you have to cross a large road for part of it(albeit only a mile and a half) it’s been greatly improved. I would suggest parking at the Langdale Mill site instead of the trail head off of 35th st. Much more visible and more traffic. So come ride this sweet little trail!!

we got on at the bridge and rode south. trail was newly paved a had a variety of scenery. small town living, forests, abandoned factories, a crazy mix. enjoyed the day. never went to northern section of the trail

we got on at the bridge and rode south. trail was newly paved a had a variety of scenery. small town living, forests, abandoned factories, a crazy mix. enjoyed the day. never went to northern section of the trail

Smooth ride and uncrowded. No traffic. At one point it seems to end but you have to cross the road to catch the rest of the trail

I set out today looking for a new trail to ride. After reading the reviews I wasn't expecting much, but still decided to give it a try as it was only 30 minutes from where I live and the trail distance sounded good. I parked in the lot in Shawmut and was immediately concerned by the graffiti on all the signage. Still, I unloaded my bike and decided to take the risk. The trail still comes to an abrupt end about 1 1/2 miles into the ride. Fortunately I had read the reviews and was able to locate the next portion on the other side of U.S. 29. Other people have posted some nice pictures of the area. All I can say is the pictures are much nicer than the actual scenery now. Everything seems to be getting worse. The trail itself is in desperate need of maintenance. There are areas where it has been dug up and never repaved. It seems the City of Valley has lost interest, funding or both for keeping this trail in good condition. By the time I made it to Riverview, I had lost all desire to look for the river itself. The ride back was quick and uneventful. Overall, the area along the trail is very sketchy. As a police officer, I would not recommend anyone riding it alone. There are several areas where, if someone was so inclined, a person could be robbed very easily. Hopefully in time the City of Valley will make an attempt to clean up the trail and help it reach it's full potential. Until then, once was more than enough.

Did not see a single thing

Worst trail I have ridden. I thought by the description this would be a nice trail with views. All I saw was a bad condition trail that was not very wide and backyards. I had to dodge workers that were mowing lawns. I ended up driving along the road that the trail was next to after my attempted ride to see if there was a part of the trail that was worth riding. After 7 miles of following the trail I did not find a single sight that resembled what others have posted in the gallery. I wasted 4 hours of driving to ride this trail!

This trail is so not worth the trip. I drove about an hour and 15 minutes to get
there and was very disappointed. Like someone else pointed out, about 1.75 miles into the ride the trail just ends with no sign of where to go from there. I knew where to go because of a previous post on here. It required the crossing of HWY 29, a fairly busy hwy. The trail from there went through some pretty rough neighborhoods. I did not feel comfortable at all as a female riding alone out here. Then the trail just ends at just shy of 7 miles, again no signs or indication.

Enjoyable ride - Where is the river that runs thru it!

We began our ride at the northern end in Shawmut around 3:30pm and rode around to Riverview and back returning around 6:00pm. The Shawmut TH was well marked and comfortable to leave the SUV. Along the trail are historic markers that described the history of the area (good and bad). Very enjoyable to stop and read. Most of the scenery was visually appealing. We reached the Riverview and rode down California Street and saw what appeared to be a tributary of the Chattahoochee River but never saw the main river. There are spots along the trail that are hard to maneuver thru (The Fob James Drive and Hwy 29 intersection (for one)). All in all an enjoyable ride.

It was a warm June morning as we started out at the northern trailhead in a quiet neighborhood.The ride was smoothe enough but seemed to almost end at U.S. 29 but noticed a sign across the way for the trail. This point DEFINITELY needs to be marked. Those not familiar with RTC trails might stop here but we continued on. About 4 miles later the trail "fizzled" out into nothing. This appears to be an ongoing project OR a forgotten one,it's hard to tell. If a trail wants to be listed with RTC then it should have good signage and directions. Over all this was an "okay" trail but nothing to bring us back here. Perhaps the towns will be more industrious and sign the trail and promote it in the future.

This trail does go through some nice scenery and passes by many historic mills. What I found disappointing is the amount of blight along the trail. The historic mills are, for the most part, laying dormant. There are empty rows of shops, empty houses, and an entire "ghost" trailer park that encourages you to peddle by quickly. Along the last part of the trail you decend down a grade into a wooded area. It was there that someone very close by fired a gun repeatedly and we heard the bullets wiz by overhead. We were in a hill cut-out for the railbed and not likely to be hit -but it was scary. My little dog started barking and the firing stopped so I do not believe it was directed at us intentionally. This trail is worth the ride for the nature & the excercise (lots of grades), but if you expect to see a mill-town in revival with lots of shops and creative uses for the old buildings you will be dissapointed. There are signs of revitalization in some areas, but overall the ride leaves you feeling sad for all the lost jobs and wishing for the old days when the mills were spinning. I plan to revisit this trail in 10 years and hope to see new industry and other businesses in those wonderful old mills. The folks in Valley have done a great job on the trail, hopefully they will be successful in developing the town as well.

My wife and I got to the Shawmut trailhead with no problem. We were unpleasantly surprised when the trail ended abruptly after only a mile or two, having ecpected to ride 6 -- 7 miles. Upon returning home (in Louisville, KY) I got back on line and found that by crossing the busy highway and going on a ways, the trail would resume. It would make sense to put a sign and map on the bulletin board to advise riders of this. There is little point in having the bulletin board and not utilizing it. We departed with ever seeing the river or the remaining btrail. The short section we did see was not outstanding.

"We rode the CVR trail on Sunday, June 1. We started from the Shawmut end after we found the trailhead without too much of a problem. You would think that a small sign identifying the trail would be appropriate, though. Within about 1 1/2 miles the trail appears to come to an end close to where it intersects with Hwy 29.

We managed to find where it continued on the other side of Hwy 29, but then it was closed a short distance later by a bridge that was under construction. The rest of the trail was in good shape, except for the fact that the trail appears to come to a "Y" with about a mile left to go. We rode both portions of the "Y".

Yes, it was a nice ride, even though it was rather short. "