Looking for the best Horseback Riding trails around Buckeye? 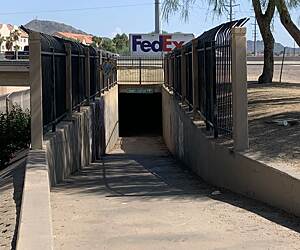 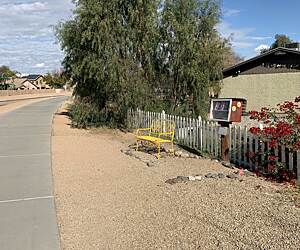 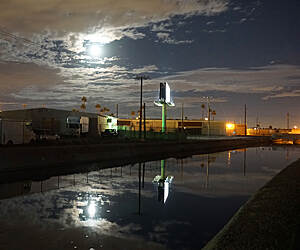 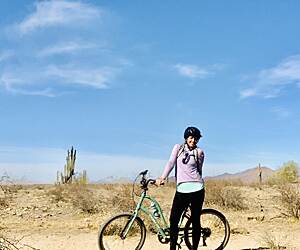 I think Lakewood is Private

The section of the trail passing through Lakewood is marked private. It is only for the residents that own it collectively. The signs are easy to miss.

great trail for a bike ride

easy to follow and mostly flat. Great for all skill levels

The trail is convenient to get on with lots of access points. Most of the portion I rode was paved and smooth trail. The north end was pretty ruff. My biggest complaint is that you have to stop every half mile to cross a major road and many didnt have crosswalks. Didnt like having to dart quickly across 4 lanes of traffic. Lots of goatheads as well. Every time I rode this path I seemed to pick up 2 or 3 in the tires

the main trailhead or trails are not handicapped/disabled accessible. this limited mapped area is mostly adjacent to the roadway, only a small section and rarely used. tons of high speed traffic on this roadway. also the sidewalk is only on one side of the road...so you have to go back/forth on the same side. not recommended. // the actual trailhead is loaded with mountain bikers most of the time. //. these trailheads really need to do a better job of grooming some of the paths

Paved trail that parallels the 101 freeway. There is a park with bathrooms and one porta-potty along the trail. Was not too crowded when I rode it. I would ride it again

Love the beauty of the entire trail

Wow....what a perfect trail for all age groups and abilities. On a Saturday morning in May, My fiancé and I had a great experience riding from the very north end of the trail on Happy Valley from our house in Terramar and rode all the way to have lunch at Westgate and then headed back home. There are a few interruptions of the trail close to Happy Valley Road but we still stuck to the path. We can’t wait to take the New River Trail again soon.

Great trail for getting mileage in, off road

Took my road bike here and got a good 32 mile in. Nice underpasses to avoid crossing roads. Lots of sun. Next time I’ll start about 730am. Friendly riders and happy people along the route. ¿

We started the Arizona Canal Trail at N Arcadia Street, where we found parking in the small lot beside the trail. We rode behind residences for a few miles, some stop-n-go to cross intersections, then we began a stretch of really beautiful properties with flowering bushes and trees. We rode thru the Biltmore District, past the Wrigley Mansion, which was gorgeous! The intersections included mostly underground tunnels making it a steady ride with no traffic. Nice 3 hour, 22 mile ride. Ended up at Cave Creek Park, then headed back. Plenty of park restrooms along the path, as well.

Really should be TWO separate trails

EAST of I-10, this is a nice, mostly-paved trail, and you will enjoy the company of may cyclists and joggers. I especially enjoyed the Riparian Preserve at Water Ranch. It's a great little detour off the path, with its own network of rideable dirt paths, families, and lots of birds. This section of the path also goes right through the commercial heart of Gilbert, with many nice restaurants. It also connects to the very nice Consolidated Canal paved path, running north-south. This is a nice path for any kind of bicycle, as well as for walking and running. Every road crossing of any size has a dedicated crosswalk and signal.

WEST of I-10 is the rough dirt/gravel path along the canal. It's a somewhat depressed area of Phoenix. It doesn't connect to other paths, and there are few amenities. Not a good path for a road bike of any kind. Most crossings have no markings or signals. On a recent nice-weather day, I saw no other bikers (but plenty of wanderers that I gave a wide berth).

For the WESTERN stretch, there is a partially-paved alternative east-west path about a mile to the south (south of Baseline Road). The asphalt (in early 2021) is not in a good state of repair, but you will have the company of a few cyclists and joggers.

IN BETWEEN the EAST and WEST is the freeway crossing at Baseline Road. This is a very busy intersection at all times, with lots of turning traffic. Dangerous.

I'd stick with the EASTERN stretch of the "Western" Canal Path.

Nice and easy with good underpass elevation changes and a decent amount of curves. Glad it was March 19 and already very warm. Can’t imagine what dead of summer would be like.

We absolutely love biking this trail visiting it frequently during our January thru March stay in the Phoenix area. The trail is clean, paved/cemented, and wide. The trail's landscaping is beautiful--especially when the flowers are in bloom. The trail offers lots of options, allowing you to easily customize the distance you would like to travel. Riders and walkers are polite and friendly. This is a must-visit trail for any level of rider.

February 22, 2021 First time on the Consolidated Bike Trail and our best AZ ride. We 78 & 79 bike the full 39 miles starting from Stadium parking lot to Riggs Road and back. We enjoyed the scenery including parks, residential sections, and rural landscape. We saw turtles in the canal as well as a heron and lots if fish. The ducks on the trail absolutely refused to move for riders so we went around them!! 75 degrees out!! Cleand well maintained trail. We will be back.