Looking for the best Mountain Biking trails around Nevada?

City Trails and Maps in Nevada 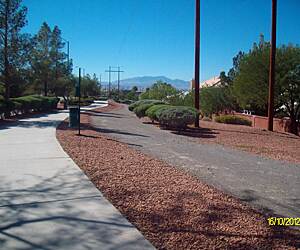 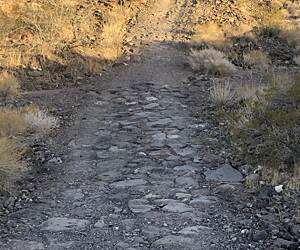 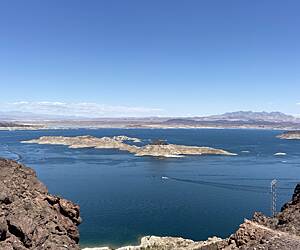 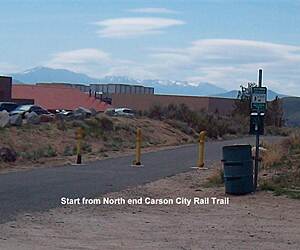 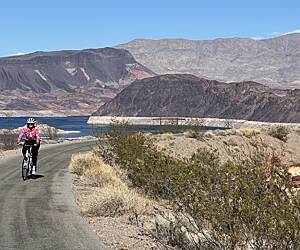 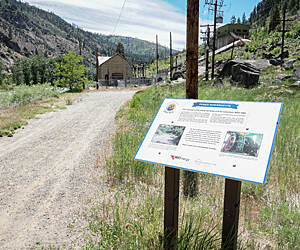 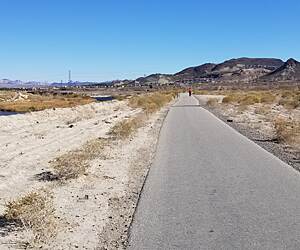 I added this into a 60 mile total ride. I started at the 0 mile point and went clockwise. Not a lot of water refill spots which is a big downer. I filled up at a rest stop about 5 miles in, but the majority of the back side loop is waterless. Once you hit the boulder area there are some stores you can stop in if you need water or something. But that’s about it. I started the loop with a regular water bottle mixed with some electros and a 1.5L camel back of water. It was enough, but would have benefited from having more. I went at noon on a hot august day. Brought some cliff bars. It’s a good trail. I did the whole ride on a heavy mountain bike and it was windy. I would have preferred using my road bike, but glad I used the mountain bike because between 9 and 18 miles in, the trail was covered with a lot of rocky gravel and sand patches. That would have been tough and frustrating on a road bike. I even walked thru some heavy deep gravel on the mountain bike. It was covered so much in some areas that I thought I got of the trial somehow. Either way, it slows you down. I think the debris is the result from all the rain washing rocks onto the trail. Hopefully they clean it up soon because it’s a good trail though. Like I said I added it in, so I did 15 miles before I got there and then did the loop. If you’re not a distance rider type, then maybe think about how far you want to go before committing to the half way point. Either way, there’s plenty of ways out if you have an emergency so it’s not like you have to walk 15 miles to get help. Roads are close by. Also, the trail path kind of gets funky in Boulder City. Meaning, there’s a spot where you kind of have to know where you’re going to stay on the trail. It kind of sucks actually, so you might want to look at a map of the trail via the satellite view so you can get an idea where to go once you hit the Boulder City area. Well, those are the notables. I’ll be back at this trail because I like the distance riding without having issues with cars and traffic

Loved it clean and smooth

The trail is nice from Sparks until about the GSR. After you pass the GSR area heading to Reno, the path is quite inconsistent.

The trail is nice from Sparks until about the GSR. After you pass the GSR area heading to Reno, the path is quite inconsistent.

Great paved trail with nice landscape along the way. Also a very nice park (Cornerstone Park) with a pond. It also connects to a longer trail (UPRR) trail.

Great paved trail with nice landscape along the way. Also a very nice park (Cornerstone Park) with a pond. It also connects to a longer trail (UPRR) trail.

We were in Henderson to get 50 miles in Nevada on our quest to bike 50 miles in every state.THis was number 45 for us and we were excited to find the Union Pacific Trail.We were staying in the Black Mountain area and could ride to the Greenway entrance from the house.The trail surface is quite smooth and there a few road crossings that are well done with devices to warn cars of your crossing.Views of the surrounding mountains can be seen the entire way to the end at Railroad Casino which is approximately 5 miles.Watch those SW winds that prevail in the spring and the low humidity for those not from the area!Little extra effort can be required!The ride back to the western end is not quite as scenic but includes a park and an urban feel.If you are lucky you might just get a glimpse of the infamous Road Runner.

Not so much of a "loop" as a windy one-way ride and return buy the same route but a really nice one!

Bridges were full of homeless and trail dead ends at a golf course.

Must Do in Vegas

We have completed a number of trails, including River Mountain Loop Trail, and this one of the best. Trail surface is nice and wide, mostly smooth. The trail follows the surrounding earth surface with hills, a couple short but steep and winds through the drainages. Twists here and there. Nothing boring about this one. In the summer might consider early morning or early evening...not much for shade. Fair amount of traffic from bikes, hikers, runners, etc. Go do this one!

This was an enjoyable home with some elevation gain in a few spots. Great views along the way.

This was an enjoyable home with some elevation gain in a few spots. Great views along the way.

Love this trail! Views of wild horses and detached from traffic, wish we had more trails like this!!