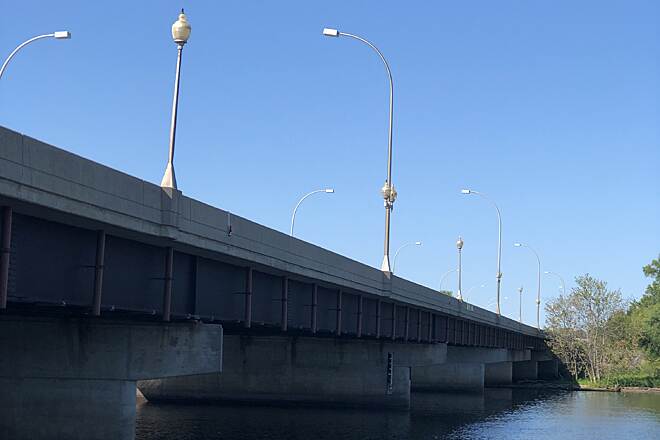 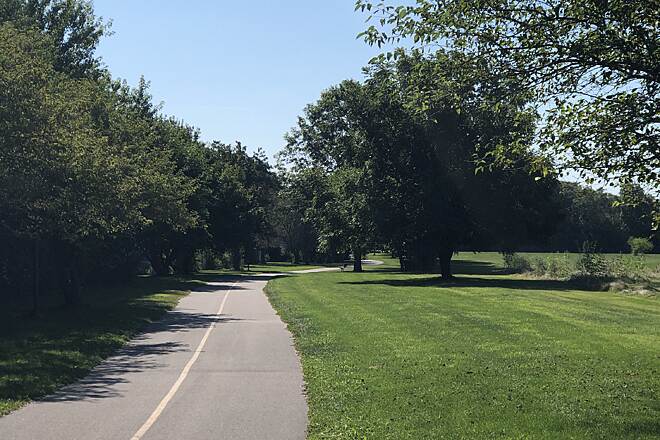 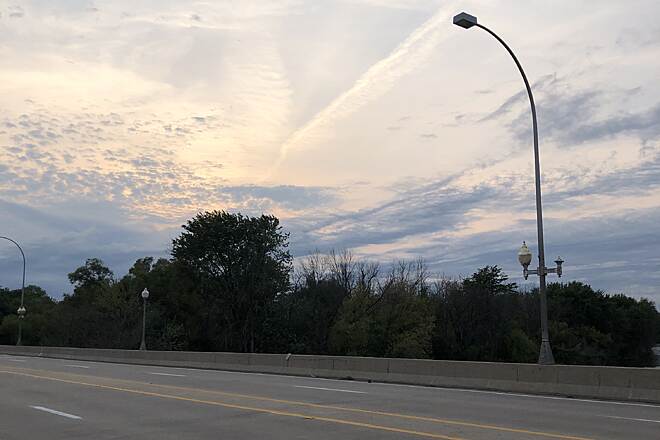 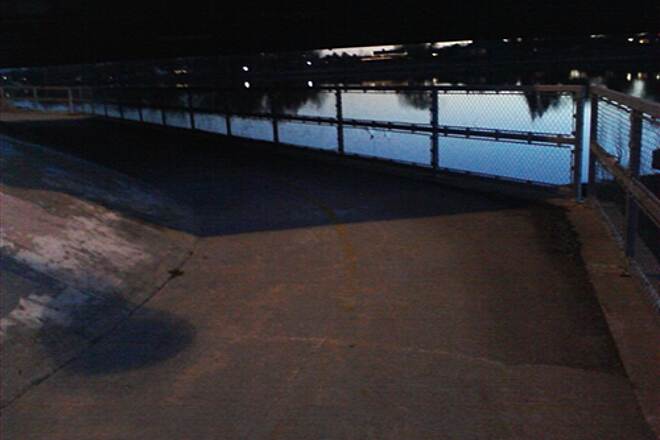 The Bauer Memorial Path provides a short route through residential and commercial areas of Machesney Park, a northern suburb of Rockford. The trail begins at the Harlem Community Center and travels in a straight line west along Roosevelt Road (which becomes Machesney Road after crossing N. 2nd Street) and passes the Machesney Park Mall on its way to Victory Lane. There, the paved trail ends, though you can take the marked bike lane south on Victory Lane (or the sidewalk paralleling the roadway) to where the trail picks up again at Harlem Road. The trail follows Harlem Road west to the Rock River.  Cross the Frank Bauer Toll Bridge (no tolls are due if you're on the path) and you can connect to the Rock River Recreation Path, the "Grand Daddy" of the Rockford trail system. Future plans also call for linking the trail to the Willow Creek Path, which reaches the scenic Rock Cut State Park.

Parking is available on the northern end of the trail at the Harlem Community Center (900 Roosevelt Road), or at the Machesney Park Mall (8750 North Second Street). Across the bridge, on the western side of Rock River, parking is also available at the Winnebago County Forest Preserve office (5500 Northrock Drive).

several paths, not just the Bauer

My review if for three paths; South Main Street Path north to the top of the Bauer Memorial Path. I really enjoyed this trail. I'm not sure why it's not all interconnected, a few lapses can easily be considered part of the trail. Well, at least, that's what I did. The three paths combine to offer great views of the Rock River, Rockford and it's surrounding area. Along the way there are great nature views as well as man-made. If you're looking for a challenge try to find the trail-side pay phone and the massively oversized basketball hoop. All in all I think I came away with around 30 miles from all three paths round trip and can easily see myself riding it again. Cheers.

At this point, the trail is great for connecting the Rock River Rec Path to Machesney Mall, but it really just dumps you on the east end. It's a smooth and well maintained path. The bike lanes (some of the very few in the Rockford area) on Victory have been freshly painted, though some construction on side streets result in construction signs blocking the bike lanes. There is also a path around the west end of the mall, though it also simply ends. I'll take that route around the mall to cross IL-251 and then to Minns Rd east to the Willow Creek path.

We have been on the part along Roosevelt Road many times, and the part along Machesney Road several times, but none of the rest, so it was something new for us. My GPS software calls it 2 miles end to end.

The path starts at Harlem Community Center at 900 Roosevelt Road. It is a 10 foot wide concrete path with about a 2 feet red concrete paver border between it and the curb. The street has a parking lane along the curb that is done in red pavers. They were supposed to extend it to Indigo (one block to the east) this year, but the road construction ran out of time and it won't get done till next spring. Supposedly, it will eventually extend up to Minns Road in the future and then over to the Willow Creek Path, but I am not holding my breath on when.

The path continues west along Roosevelt Road past the Harlem School District bus barn and the administration building next door (more parking there possibly) and then crosses N. Second Street (route 251), where the street changes names to Machesney Road. A Burger King is right on the corner. A good place for grub and bathrooms if needed. Continuing west it goes past Machesney Park Mall, and the village hall, which doubles as the police station. It is asphalt in this segment.

Just past village hall the path goes south along Victory Lane where it is bike lanes along the traffic lanes. There is a narrow sidewalk on both sides as well. The bike lane is both signed and marked.

The path turns west at Harlem Road and becomes an asphalt path again and goes under the bridge and then across the bridge on the south side on a bike/pedestrian bridge.

This is basically a bike feeder trail from Machesney Park to the Rock River Recreation Path, and by itself is not all that interesting. But, it was worth walking at least once, since it is so close to where we live.

I took a few pictures and put them on my blog. Not much in the way of scenery.

Note: This path could be used to get from the Rock River Recreation Trail to the frontage road along route 251 that heads north along 251. I have been told by the village that next year a bike path will be constructed along route 173 from route 251 all the way into Rock Cut State Park connecting up with the path inside the park there. The frontage road on 251 is lightly used and could be used by bikes to get to the new path along 173. I have heard conflicting stories about plans to make the frontage road an "official" bike route. The frontage road could also be used to get up to Minns Road and then head east to get to the Willow Creek bike path. Minns is not heavily used west of Alpine Road.