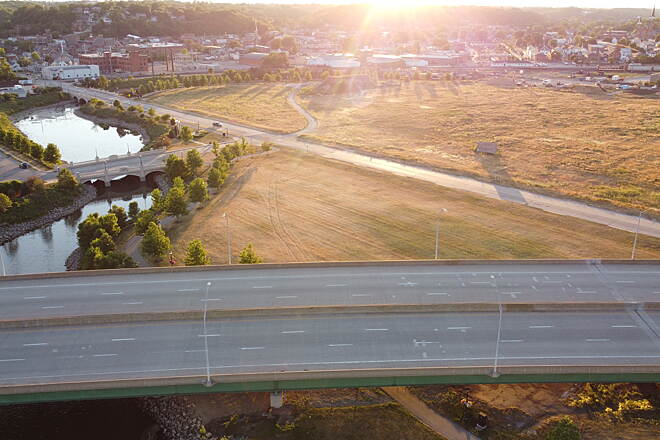 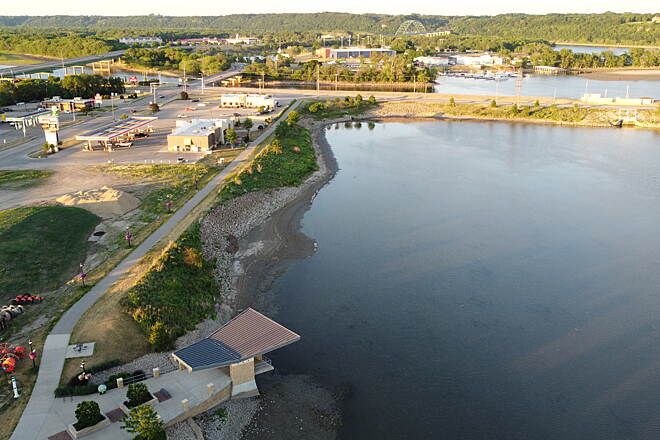 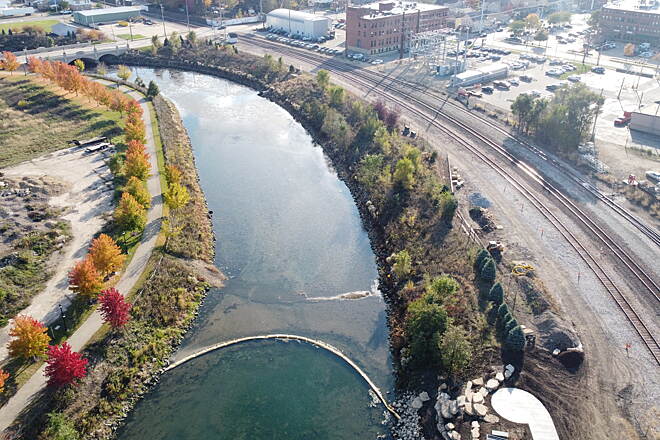 The Bee Branch Trail system forms an important connection between the almost thirty-mile Heritage Trail (IA), the crown jewel of the area's trails, and the Mississippi River and Chaplain Schmitt Island, allowing trail users and local residents alike easy access to the river and parks and other recreational amenities. Pedestrian tunnels pass under the railroad tracks allowing for safer access to the Bee Branch Creek Greenway from the Lower Bee Branch Trail.

The greenway's namesake Bee Branch Creek was daylighted in 2017, restoring an important waterway for flood control and providing a beautiful new park area at the end of the Heritage Trail. The linear park boasts amenities including an amphitheater, a kids' play area, urban orchard, boardwalk, seating, and two concrete trail loops. The greenway is open 24 hours a day, with lighting, emergency phones and cameras along the route. The project also employs green infrastructure like rain gardens and permeable pavement in the parking area to allow water to infiltrate into the ground. The trails meander around the creek between E.24th and Garfield Street and parallel the Heritage Trail. The lower loop, closer to the creek, is designed to flood when it rains; the upper loop (which includes the Heritage Trail) usually doesn't. There are flash flood warnings installed to warn users when the water is rising and the trail's management quickly clean up after high water.

The western end of the separate Bee Branch Trail is accessible via an on-road bike route and sidewalks down Washington Street and 15th Street in Dubuque's charming North End neighborhood. The beginning of the trail features a small plaza directly across the creek from the railroad tracks. A paved asphalt path, well-lit by frequent lampposts, follows the creek and leads into Pyatigorsk Park just past a series of recently constructed shops. Here, the trail connects to the slightly longer Dubuque Jaycees Trail, which follows the Lake Peosta Channel until it meets up with the Mississippi River. Trail users can also take a narrow path along the bridge over the channel to connect with the Peosta Channel Trail on Chaplain Schmitt Island. Home to a wide range of trails, green spaces, and recreational activities, the island is named for Aloysius Schmitt, a priest from Dubuque who became the first chaplain to die during World War II after helping a dozen men escape from the capsized USS Oklahoma during the attack on Pearl Harbor.

For the Bee Branch Creek Greenway, there is a public parking lot at the corner of E. 22nd St. and Prince St. Visitors can also park near the 24th Street trailhead, at Comiskey Park (255 E. 24th St.)