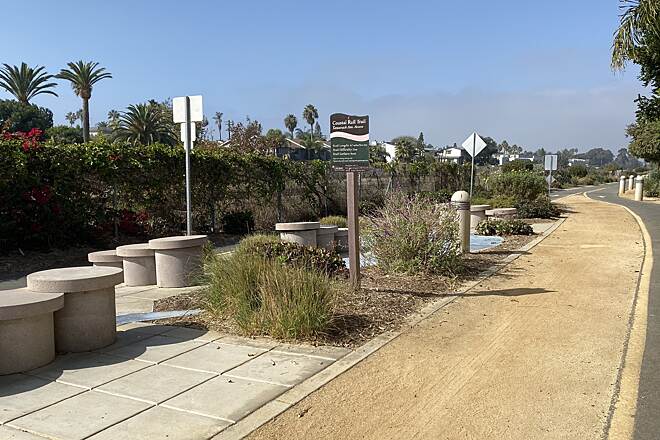 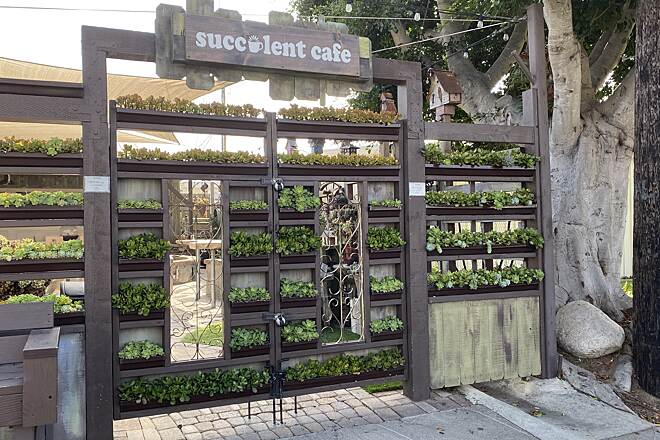 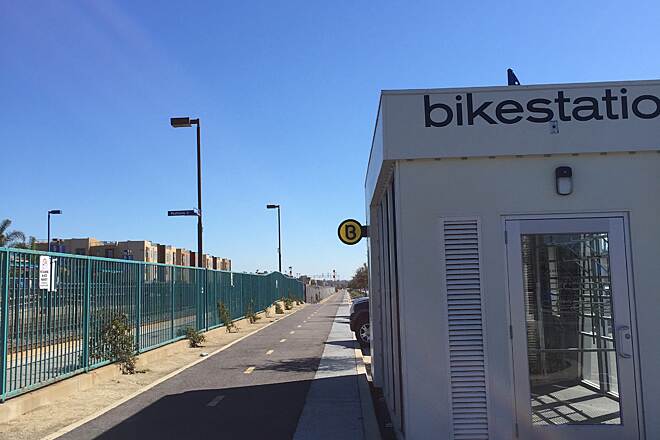 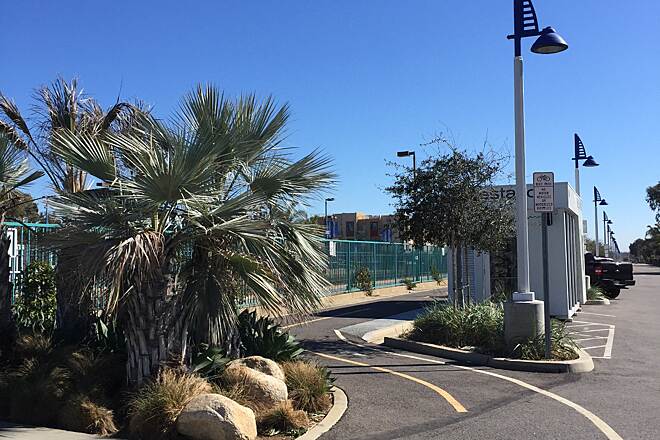 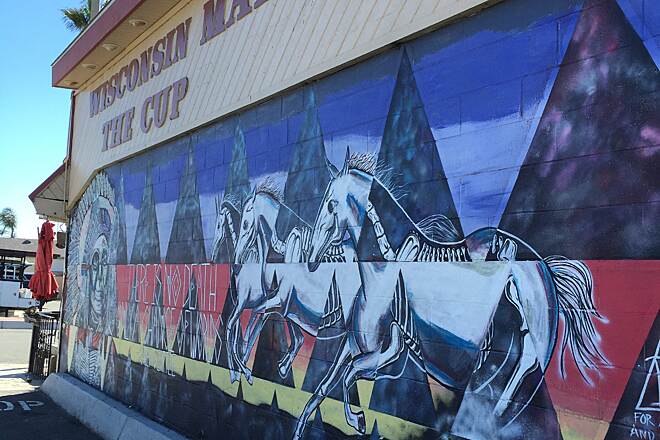 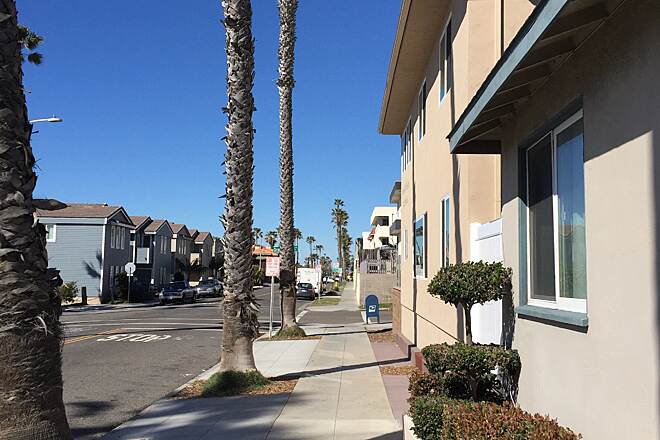 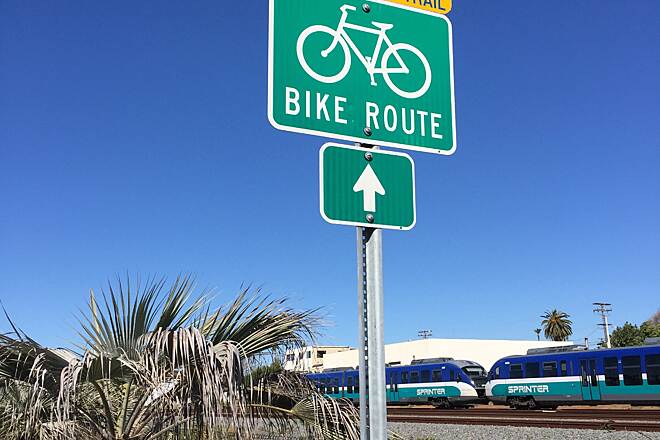 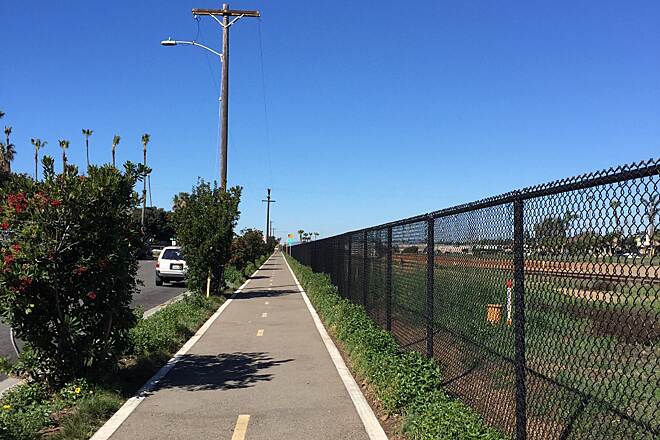 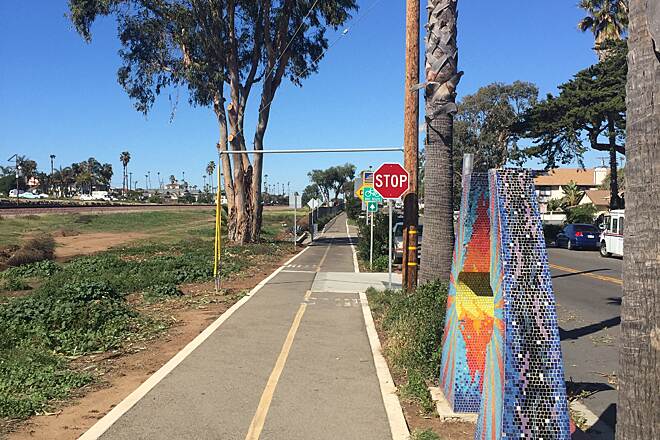 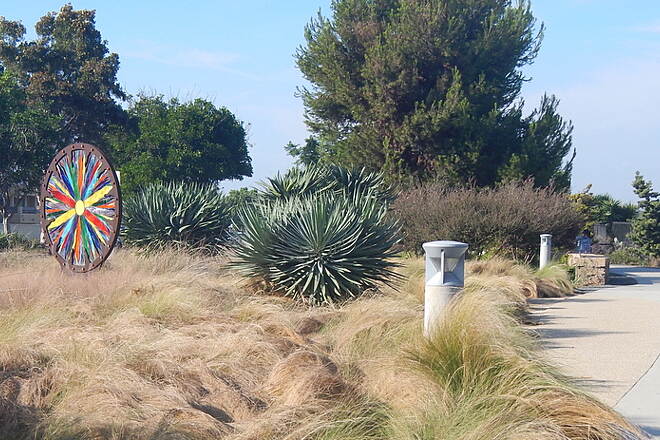 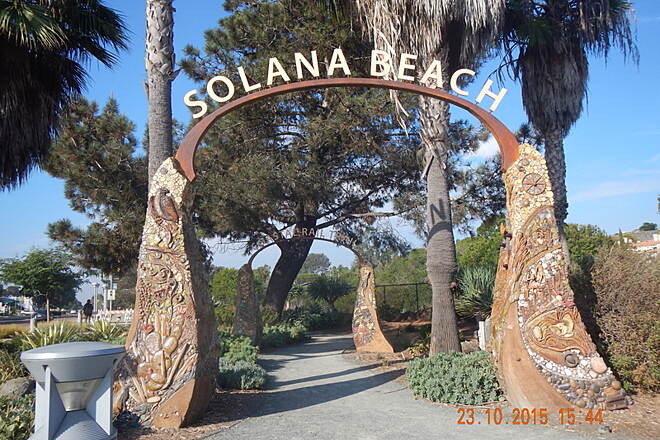 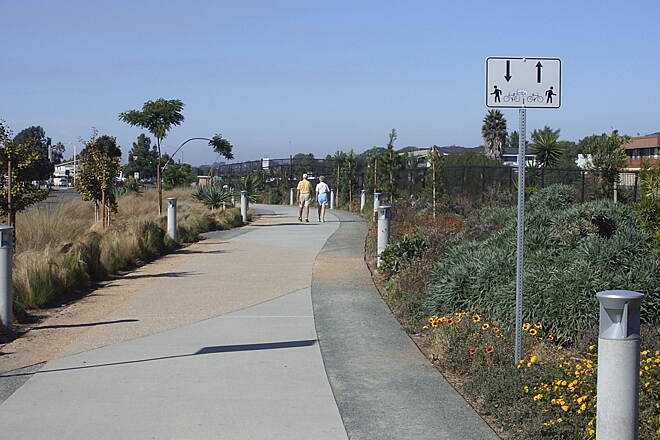 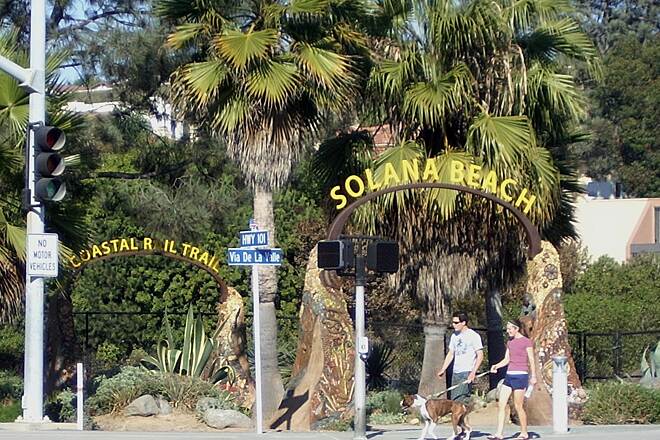 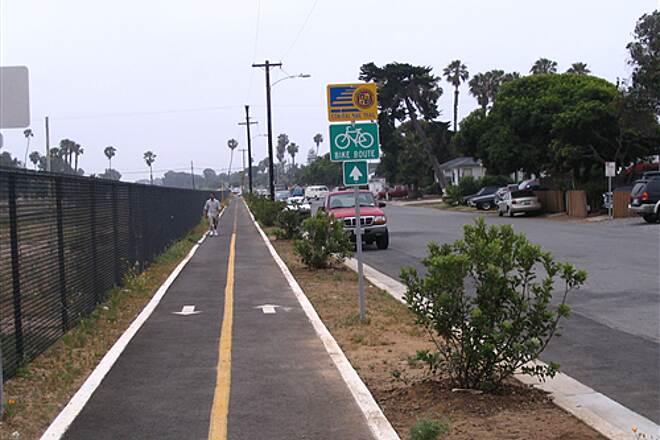 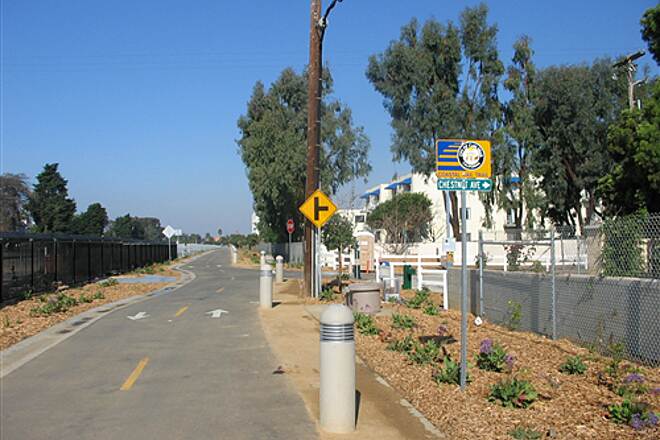 The Coastal Rail Trail will one day run 44 miles from Oceanside to San Diego along the Coaster commuter rail. Short sections of the developing trail are currently open in Oceanside, Carlsbad, Solana Beach and Encinitas.

In Oceanside, two trail segments allow for non-motorized travel through the city's dense downtown. From near the Oceanside Transportation Center at Tyson Street to Oceanside Boulevard, the paved trail runs on the west side of the train tracks. Two blocks west of the north end lies Tyson Street Park, which offers an ocean beach and a large grassy area perfect for picnicking. A second paved segment south of Loma Alta Creek runs from Morse Street to Vista Way, with a crossing of the active train tracks required at Cassidy Street (adjacent to Lions Club Park).

In Carlsbad, another short segment spans the distance between Oak Avenue and Tamarack Avenue on the east side of the Coaster tracks. Plans are in the works to extend the trail southward.

In Solana Beach, the Coastal Rail Trail meanders between Highway 101 and the Coaster line from Ocean Street in the north to Via de la Valle in the south. The trail passes through a landscaped area and features public art along the busy corridor. It provides direct access to the Solana Beach Transit Center as well as dozens of restaurants and shops in the city's downtown. The beach itself can be accessed from Plaza Street near the center of this trail segment.

In May 2019, 1.3 miles was added between Encinitas and Cardiff-by-the-Sea. The shared-use trail sits in the open space east of the rail-line, running from Santa Fe Drive in Encinitas south to Chesterfield Drive and San Elijo Avenue in Cardiff.

Because the Coastal Rail Trail passes through dense downtown parts of Oceanside, Carlsbad, Solana Beach and Encinitas, parking is generally limited to metered on-street spaces adjacent to the trail. Be sure to obey any time limits and other posted restrictions.

Will be great someday

We've ridden the two segments in Oceanside. The segments are nice and plenty wide enough. Any trail that gets you away from traffic is a much more enjoyable experience than the narrow city streets here. The main issue is the segments are so short and disjointed. Once the entire section through Oceanside is completed, it will be a great boon to residents and tourism. Once the trail from Oceanside to San Diego is completed it will be a biker's mecca. Given how dense the coastal cities are here I can't see this ever happening in my lifetime unless the railroad is willing to create an easement along the tracks.

A fine Trail for the relaxed cyclist that enjoys the both Nature & Man made Environment. It provides two street and three bridge track crossings. Many bike shops on Coast side of 101. Noel Keller 23 Oct 15.

good for pedestrians, conditionally useful for some bicycle trips

I have used this trail on several occasions, as a bicyclist and as a pedestrian.

When bicycling northbound, I always choose the far more satisfactory Class II bike lane on the coast highway. When bicycling southbound I use the bike lane and sharrows on the coast highway unless I want to go to the train station or the neighborhood north of it. For these trips I'll put up with the meander and slow speed of the path for the convenience of direct access to points east of the coast highway, without having to deal with turning left at the Lomas Santa Fe intersection and then left again onto Cedros.

When I am walking I do enjoy this trail, however.

Basically you're running on a busy sidewalk alongside a super busy street with tons of traffic. It's not a "trail" at all.

Very good, well surfaced path, except that a few of the concrete sections are bone jarring rough. Pedestrians can get pretty thick on the weekend. Avoid hazards by clearing it by 7:30

I like to see money earmarked for Bike-ways spent on projects that make sense. Either they are scenic, or the go from somewhere to somewhere else. This is none of the above. Three blocks west is the very heavily traveled Old Hwy 101. Hoards of bikers on that are unaware of this tiny segment, and those that do know, have no reason to go out of their way to get here.

The Sorrento Valley Road Trail is a paved, two-lane section of road that was closed to traffic in the 1990s when CDOT built an interchange between...

The short and sweet Rose Canyon Bicycle Path is a popular route because of its scenery and the important off-street connection it provides between the...

The Inland Rail Trail runs alongside the Sprinter light rail service connecting Escondido to Oceanside. The 6.5-mile section in Escondido and San...

Make sure you bring your camera for this trail. The Fay Avenue Bike Path runs through the upscale seaside resort community of La Jolla, and opens up...

Note: Escondido Creek Bike Path has closed from Hickory to East of Date due to the installation of new recycled water pipes. Please contact Mark...

The Mission Bay Bike Path is a paved trail that loops almost completely around San Diego's Mission Bay. The trail runs through Mission Bay Park, which...

Running through downtown San Diego, Linear Park is a vibrant, palm-lined ribbon that parallels an active trolley line along Harbor Drive. The trail...

The Martin Luther King, Jr. Promenade connects a number of sites along San Diego's waterfront. The walkway runs on the northern side of an active...