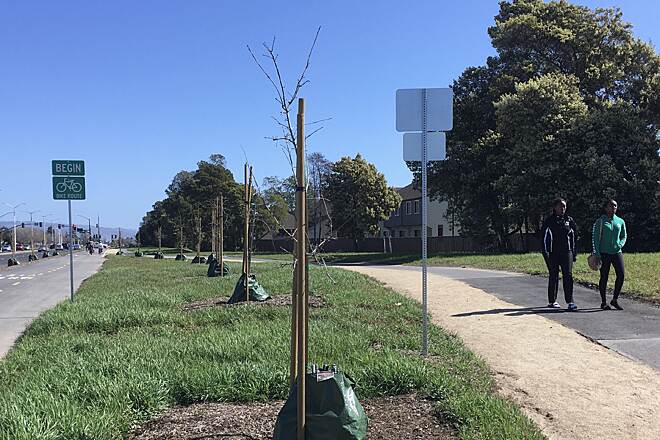 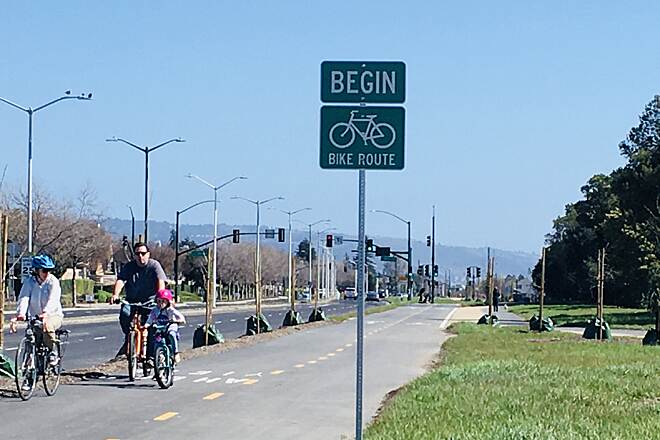 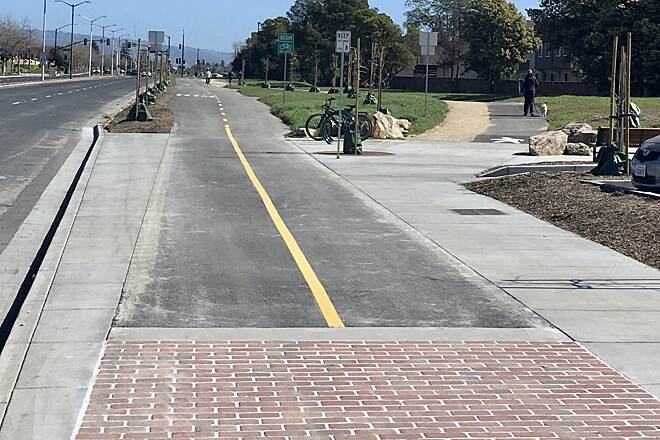 The Cross Alameda Trail is a four-mile developing trail that will someday stretch from one end of Alameda island to the other, from the Seaplane Lagoon Ferry Terminal in the west to Fruitvale Bridge in the east. The trail is the result of years of consistent work to convert the disused Alameda Belt Rail Line into a walking and biking pathway that residents and visitors alike could enjoy. Working with the city and local advocacy partners, Rails-to-Trails Conservancy provided technical assistance for that process.

The first 0.7 miles of trail was opened in 2018. Running between Constitution Way and Sherman Street, the trail passed through what would become the Jean Sweeney Open Space, a park named for a resident who was instrumental in helping the city acquire the railroad corridor. The park boasts play areas, picnic areas, BBQ pits and more to invite families to enjoy the outdoors together. More phases of the park are planned.

The trail has separate facilities for cyclists and pedestrians. For the latter, there is both a paved walking path and an unpaved jogging path side-by-side. For those who choose to enjoy the trail it by bike, there is a wide two-lane paved bikeway.

In early 2020, a second phase of the trail was opened, west of the first Jean Sweeney segment. It sits on the south side of the Ralph Appezato Memorial Parkway, extending 0.8 miles between Main Street and Webster Street. Like the other phase, it has separate walking and biking facilities, as well as landscaping, benches and bike racks.

A two-way protected bike lane between Webster and Constitution bridges the gap between the two off-street segments. This means that trail users can ride an uninterrupted mile-and-a-half from Main Street to Sherman Street.

Construction is underway for portions of the trail on the west end, which are anticipated to open later in 2020.

There's plenty of parking to be found in the Jean Sweeney Open Space (1925 Sherman Street, Alameda 94501).

Separate but adjacent trails for bikes and pedestrians. Sandy gravel and asphalt. Next to a multi-lane, high-traffic street. Some young trees planted along the route, but less green than many trails. Largely flanked by dried grass. Best for family bike outings or an easy stroll.