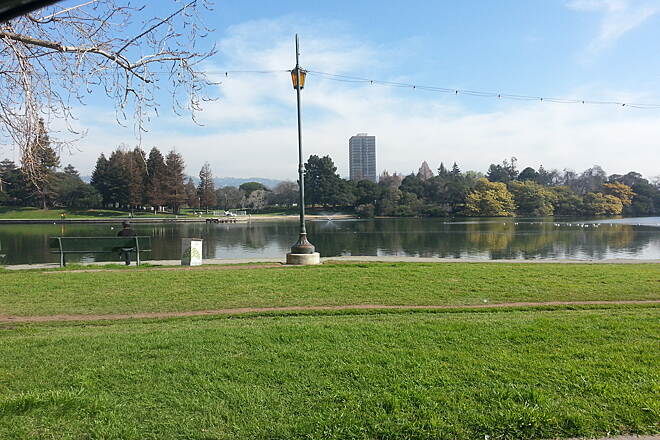 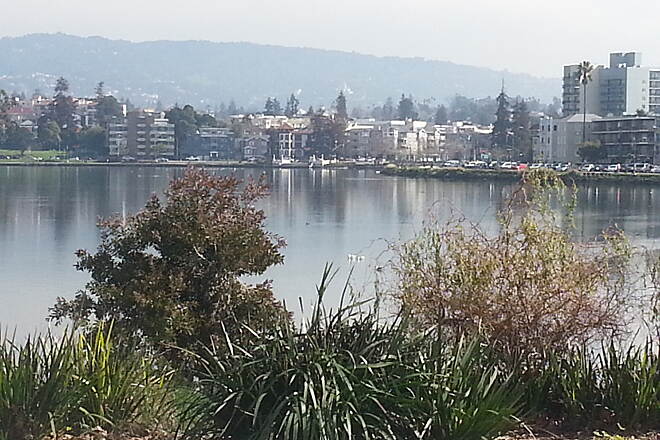 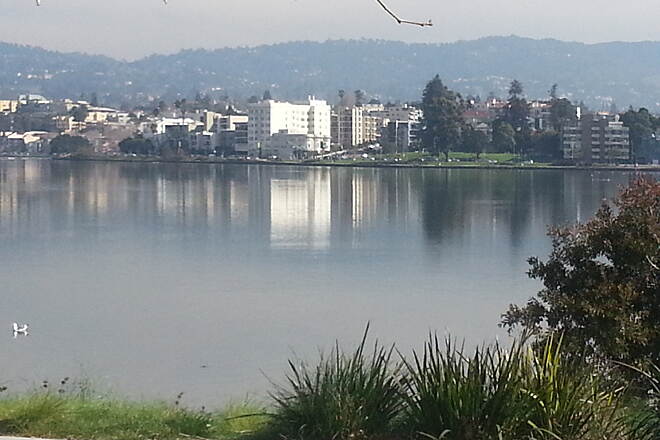 Oakland's Lake Merritt Trail closely follows the lake's shoreline for a pleasant, paved trip with beautiful views and connections to several parks and attractions right in the heart of the city. The lake, named after a former Oakland mayor from the late 1860s, is a mixture of both fresh and salt water and has a circumference of just over 3 miles. Four interpretive signs along the path expound on nearby points of interest, the surrounding neighborhoods and the lake itself.

Lakeside Park, at the north end of the lake, offers a plethora of recreational amenities, including gardens, a nature center, a children's theme park called Fairyland, and the Junior Center of Art and Science. Add variety to your adventure by stopping at the Lake Merritt Boating Center on the park's shoreline; it offers many types of boats—kayaks, canoes, pedal boats and rowboats—for rent so you can explore by water.

On the northeast side of the lake, take the crosswalk across Lakeshore Avenue to reach an unusual attraction, the Cleveland Cascade, which was designed in the 1920s as a pair of stairways with a cascading water feature down the middle. The 135 concrete steps march up the hillside with heavy tree cover to either side.

At the southern end of the lake, plans are in the works to link the trail to the San Francisco Bay Trail. That trail network will eventually span more than 500 miles, circling the bay and linking more than 40 cities. The connection between the Lake Merritt Trail and the Bay Trail would travel under Interstate 880 and involve the construction of a new bicycle and pedestrian bridge over Union Pacific Railroad tracks and the Embarcadero.

At the north end of the trail, parking is available at Lakeside Park (468 Perkins Street) for a small fee.

Street parking is available at the foot of the Cleveland Cascade (approximately 2300 Lakeshore Avenue), and along many of the residential streets near the lake.

Public restrooms are available at Pine Knoll Park at the intersection of Lakeshore and Hanover avenues (on the southeastern side of the lake).